A Maltese word for peace, the name of Sliema gives this town a good introduction. Indeed, things had changed from the day when the name was initially associated with Sliema, but today it remains a prominently important and sought-after hub in Malta. The motto is Celer ad Oras Surgo meaning (hastily from the coast arisen). The population of Sliema is over 22,000 and has a significant turnover of foreign expatriates who reside temporarily. 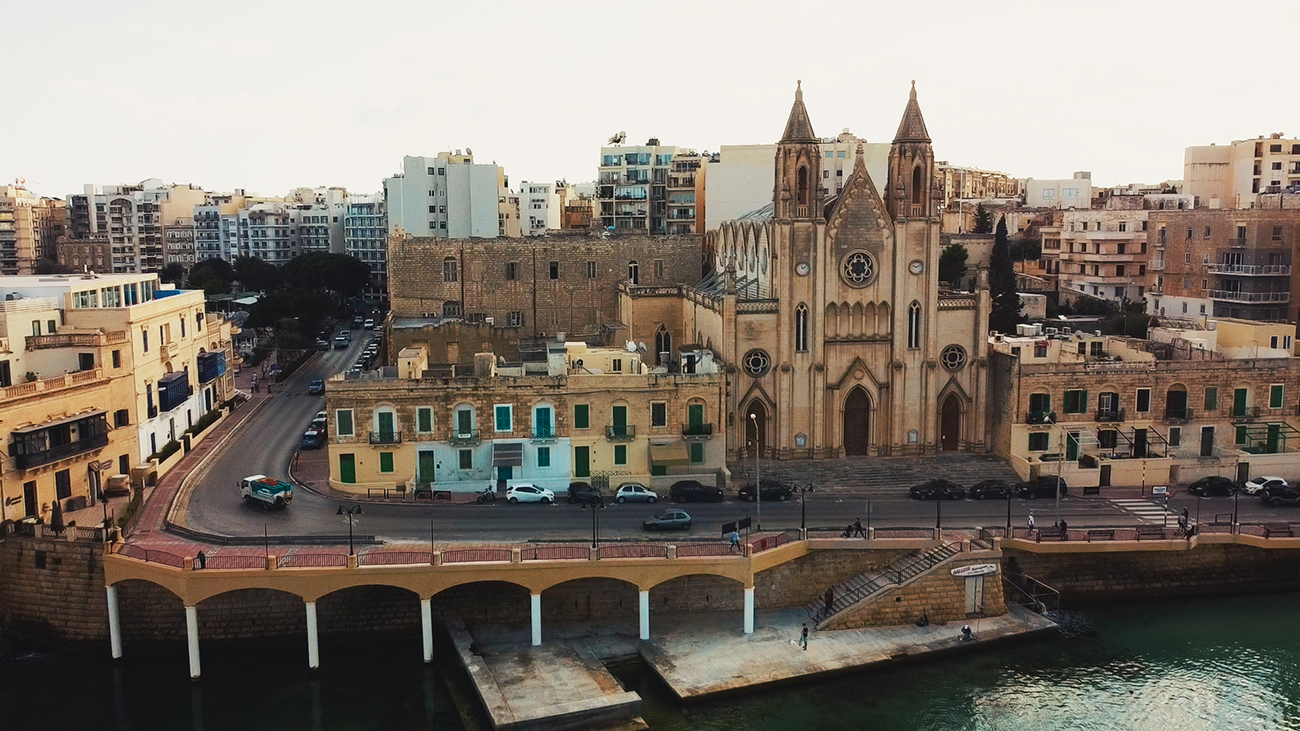 The town was initially nothing more than yet another fishing village. The colonial period turned it into a fashionable and chic resort wherein Valletta’s wealthy families, and the south especially liked to purchase their house by the sea. The result was a string of elegant Victorian houses built by architects who favoured the typical British style of facade, combining the bay window with the traditional wooden balcony and the occasional Art Deco motif.

The British adored Sliema, and those foreigners who lived permanently in Malta preferred to reside there too. The town slowly grew in the capacity as buildings increased to the point where a first parish church was constructed – the church of Stella Maris, today considered the mother parish of town. Several families whose family homes had been destroyed during World War II decided to relocate to Sliema, and thereon the Sliema community established itself.

Sliema has several Catholic churches – one dedicated to Jesus of Nazareth known as “In-Nazzarenu”, three dedicated to Our Lady: Our Lady of the Sacred Heart, Our Lady of Mount Carmel, and Stella Maris and one dedicated to a saintly Pope St. Gregory the Great. Also, the Anglican Holy Trinity Church, built in 1866 in Rudolph Street. With its ever-changing yet recognisably stable facets, Sliema is a preferred place to live with many high yielding investment opportunities within the real estate market. Lining the coastline is a promenade known as the Sliema Front that has become the ideal spot for joggers and walkers and a prolific meeting place for locals during the summer season. Romantic moon strolls, open-air restaurants, and cafes have made Sliema the hub of social nightlife. Sliema is also known for its numerous rocky beaches, water sports, and hotels.

What to do and see in Sliema?

The Stella Maris Parish Church is a Roman Catholic parish. It is the Mother Church of the other parish churches in Sliema and Gzira being the oldest parish church dating from 1878.

Fort Tigné is a polygonal fort in Tigné Point. It was built by the Order of Saint John between 1793 and 1795 to protect the entrance to Marsamxett Harbour, and it is one of the oldest polygonal forts in the world.

Fort Tigné was restored in the early 21st century, and it is now in good condition. It has been on Malta’s tentative list of UNESCO World Heritage Sites since 1998, as part of the Knights’ Fortifications around the Harbours of Malta. 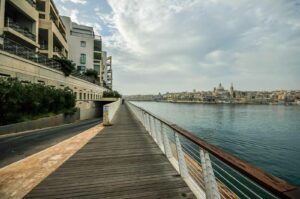 Tigné Point is a peninsula. The area was initially occupied by several fortifications and a Briti

sh barracks complex, which were left derelict for many years until redevelopment in the early 21st century. The site now contains many modern buildings and is popular among both locals and tourists.

Sliema Point Battery, also known as Fort Sliema, is an artillery battery. The British built it between 1872 and 1876. The battery stands on the peninsula that separates Marsamxett Harbour from St. Julian’s Bay. It was later used as a searchlight position, and it is now a restaurant known as Il-Fortizza.

The De Redin Towers are a series of small coastal watchtowers built in Malta by the Order of Saint John between 1658 and 1659. Thirteen towers were built around the coast of mainland Malta, eight of which still survive.

Capua Palace, is an early 19th-century Neoclassic palace. It was built by a Russian banker who named it Selma Hall. It later came into the possession of the Prince of Capua Carlo de Borbon and his wife Penelope Caroline Smyth, for whom it is still named today.

At the time of construction, it was the most attractive building in the area, surrounded by extensive country views when most of Sliema was underdeveloped. It has always been identified by its Neoclassic architecture, notably with the use of columns on its façade. The building now hosts a boutique hotel while the St James Capua Hospital was built on its former gardens.

Today Sliema is a constant hub of activity, always on the go. Sandwiched between the equally busy towns of Gzira and St Julian’s, it is a hot spot for expatriates, tourists, students, and locals alike. The main road around which most activity happens is Tower Road stretches from the Gzira front to St Julian’s. Sliema also offers excellent wine and dining options and coffee shops, and a choice of shopping opportunities for all. Apart from the small shops along Sliema’s Promenade and up along Tower Road, one can find a high street shop concentration at the “The Plaza Shopping Mall.” It is located just off the Ferries and at” The Point Shopping Mall” situated at Tigne Point -the largest shopping centres on the Maltese Islands. The Ferries area is renowned for its café and restaurant culture located just in the middle of all shops. A couple of hundred metres strip provides a choice of very busy but excellent coffee shops, restaurants, and pubs.

There are many nursery options in Sliema within walking distances, and kindergartens, junior, middle, and senior private schools are located close to the neighbouring towns. One must look into the options either before they get to Malta or ask for assistance from one of the RE/MAX Sales Associates.

Deciding to purchase a home in Sliema is a sure-fire guarantee of a good investment, provided that you deal with a professional estate agent. Regardless, living in Sliema is an exceptional experience, whether you buy or rent a property. Owning a rental in Sliema is generally prolific and provides reasonable returns between 4.5% – 6%. One may choose between a seafront apartment in one of the new blocks in town or opt to invest further inland and choose a typical Sliema townhouse with its many quaint and curious characteristics. If you invest in a student pad, you may rent it out to students who flock to Sliema to perfect their English language skills. Whichever way you turn, this busy little town promises a lot, provides a lot, and remains one of the preferred cities amongst so many other localities around Malta. We have four offices located strategically around the Sliema area and can assist you with any requirements that you may have. 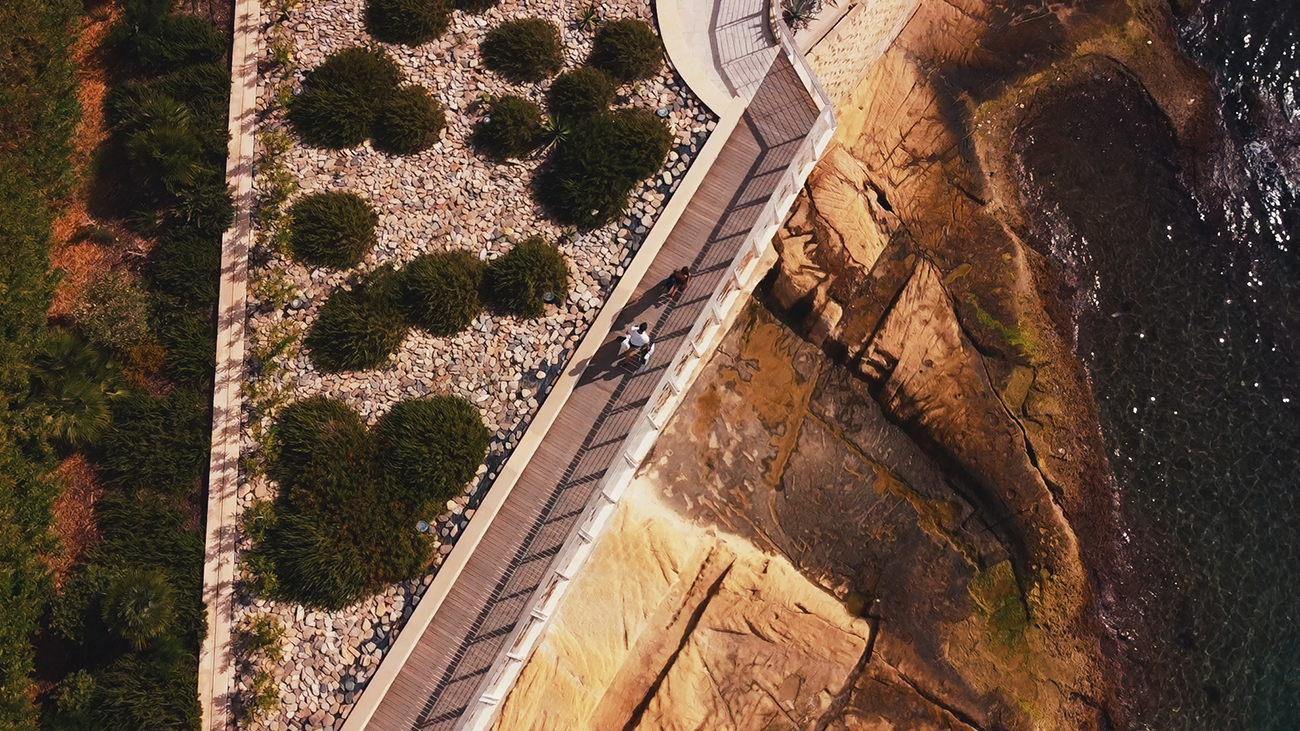 Properties For Sale in Sliema

Properties For Rent in Sliema