The Maltese archipelago is composed of three small islands of differing sizes. The largest Maltese Island is Malta (316km²), the second largest is Gozo (67km²) and the third and practically uninhabited island is Comino (barely 3.5km²). They all enjoy a native population of just over 400,000.

What makes Malta so very interesting is its typical Mediterranean lifestyle surrounded by archaeological heritage, a history wealthy in excitement, varied architecture and a blend of traditions that create an insight into a unique social framework. Wherever you look, you will see and feel influences that are as diverse as they are unique in their intermingles. Malta – with its cuisine, musical influences, artistic melange, nightlife, water sports etc. If you are seeking to discover the Mediterranean, it is all here in a nutshell, whichever aspect you want to delve into.

Some History of Malta

The tiny size of these islands belies their enormous history which spans over 10,000 years. The first people known to have lived on them are the Phoenicians, who settled in the 9th Century BC. A host of other foreign settlers/invaders/rulers followed, including the Carthaginians, the Byzantines, the Arabs, the Normans, the Swabians, the Aragonese, the Castilians, the Knights of St John, the French and the British. Malta gained its national independence in 1964.

Sliema, St Julian’s & surrounding localities are a cluster of towns in the Central-Eastern region of Malta. They’re easily classified as the busiest areas of Malta and filled with commercial activities including shopping centres, commercial offices, restaurants, & several other areas of entertainment.

Visiting Valletta can be an overwhelming experience and a memorable one. The capital of Malta remains old and magnificent, constantly teeming with life and a feeling of action. The old streets set on a rigidly laid out grid, are inter-linked so that it is easy to find one’s way around.

Learn about all of the individual towns in Malta and Gozo. Find out the best attractions and where to visit when touring certain towns, to make sure you don't miss out on any attractions around the Maltese islands.

This Area Guide page will provide you links to information about the Luxury properties available in Malta and Gozo specifically looking at upmarket areas. These guides will present to you the latest facilities, surrounding amenities and types of properties that you may discover that are possible investment opportunities.

At RE/MAX Malta we appreciate that it is of essence that a real estate agency understands its different markets to be able to deliver the essential quality of service expected from an internationally recognised brand such as RE/MAX.

We thrive on gathering market knowledge to share with our affiliates and the general public so much so that we invest heavily in the commissioning national market surveys.

As part of our commitment to delivering excellence to the Industry as well as part of our natural obligation as market leaders these local surveys provide us the necessary market information so that we may understand general needs and trends of the industry so that we may adjust and improve our service offering to the general public.

These surveys are conducted in a professional manner in that they provide an unbiased sample of the population of Malta & Gozo.

Neighbourhood guides is another way of delivering to both locals and foreign buyers and those looking to rent a property in Malta pertinent information about the towns which they may be interested in investing or renting. Our intention is to provide an overview of the history of the town, the activities, shopping opportunities, schooling as well as statistics and a summary of the localised real estate market.

In providing this information, we hope that we expand the knowledge of our consumers and that they are providing enough information so that they may feel comfortable in searching in that area.

We realise that sometimes it is important to see the town and its environment thus we encourage those looking to also contact one of our specialised sales or letting associates that work in the chosen area. Each and every estate agent working within the RE/MAX Group specialises in a specific type of property, geographical area and/or type of buyer thus one may be rest assured that our associates are in their own right “gurus” in their chosen area of specialisation.

There are various reasons why one would find Malta or Gozo as ideal destinations to relocate for business, invest in property or even retire and our lovely climate is only one attractive part. With lots of touristic attractions, welcoming people and an easy lifestyle.

Best Ways to Travel to Malta

Malta is just two or three hours flight away from almost any European country. Regular daily flights land at the Malta International Airport from major European cities such as London, Rome, Berlin, Brussels, Frankfurt, Geneva, Athens, Amsterdam, Madrid and Vienna. Regular flights to other destinations take travellers East towards the Middle East and the Far East, or South to Africa. 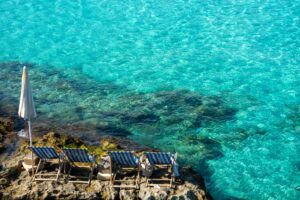 A direct connection to the closest mainland is provided via a high-speed catamaran operated by Virtu Ferries, which reaches Malta from Pozzallo (Sicily) in approximately 90 minutes. Alternative sea transport can be availed of via Grimaldi Ferries, and Grandi Navi Veloci from other Mediterranean destinations. Cruise ship companies whose ships travel to Malta include RCCL, Holland America Line, Costa Crociera, P&O Cruises, Aida Cruises and others.

Sea transport is also used to connect the two islands of Malta and Gozo. This ferry service is provided by Gozo Channel Company Ltd with boats ferrying across the islands several times a day. Comino can be reached by privately operated boats’ service.

Entry into Malta is only permitted via a border crossing point to those who are in possession of a valid passport or an equivalent recognized travel document. Schengen Member State nationals do not require entry visas and are free to remain in Malta for a stretch of three months. Other country nationals should check travel document requirements with the Maltese Embassies, Consular posts or country representatives in their respective countries – for list of such offices check this link. In the absence of such offices, a written request may be sent to the Commissioner of Police, Police Headquarters, Florian on (+356) 21224001 or by filling in their contact form.

Entry into Malta allows personal belongings and clothing intended for personal use and these are not liable to duty. Prohibited goods include counterfeit watches, clothing, video tapes and software, obscene material, offensive weapons, unlicensed drugs such as heroin, morphine, cocaine, cannabis, amphetamines and barbiturates. For more information check this link.

Malta is one hour ahead of Greenwich Mean Time (GMT) and follows Central European Time (CET).

The electrical system in Malta runs on 240 volts in single phase at a 50Hz cycle. Sockets are British-style accepting square standard three pin plugs. Visitors from other countries/continents are recommended to bring their own conversion plugs obtainable from hardware, electrical or travel goods suppliers. Most local hotels will provide conversion plugs, when available, at a charge.

It is safe to drink tap water in Malta, although the desalination process used on the island does leave some level of heaviness in the water. Bottled water is preferred by many and recommended for baby and infant beverages.

Malta is predominantly Roman Catholic and has a proliferation of churches in this denomination. However, since the Maltese Constitution guarantees freedom of workshop, other denominations and places of worship are also found including Church of England, Greek Orthodox, Muslim and others.

Health care in Malta is of high quality. The state-owned Mater Dei Hospital is the main hospital on Malta, while the Gozo General Hospital services the smaller island. However there are a number of state-owned local health clinics and other smaller privately run hospitals on the island, as well as specialised hospitals offering palliative care, convalescing treatment and care for the elderly. Specialised clinics include those dedicated to the care of diabetes.

Local pharmacies are very well stocked with the latest medicinals. It is recommended that visitors undergoing specialised treatment / carrying medicines into Malta / planning to purchase medicines on Malta, bring with them a letter of introduction from their personal doctor/specialist.

Banks are usually open to the public from 08.30hrs to 12.30hrs on Mondays to Fridays, and until noon on Saturdays. Most banks have automated teller machines (ATMs), and 24/7 foreign exchange facilities are found at the Malta International Airport. Banks operating in Malta include Bank of Valletta, HSBC, APS Bank, Lombard Bank, BNF Bank, Deutsche Bank (Malta), FIMBank, Volksbank and others.

Normal shop hours stretch form 09.00hrs through to 13.00hrs and then again from 16.00hrs to 19.00hrs. A few shops and malls stay open all day including supermarkets, especially in tourist areas. Some shops do not open on Saturday afternoons, and most shops do not open on Sundays or public and national holidays. Markets are held on rota in different locations of the islands every day. Specialised markets are organised on Sundays including Valletta’s large market, car boot sale markets and others.

Shops accept major credit cards, travellers’ cheques and Eurocheques. Be prepared to pay in cash at the smaller corner shops and at the markets.

Introducing animals into Malta and Quarantine

Malta follows EU rules on pet travel and adopts the PETS Scheme. Dogs, cats and ferrets entering Malta from an EU or listed third country must be microchipped, vaccinated against rabies, and have waited an interval of 21 days after being vaccinated against rabies before entering the island with ab official EU Pet Passport. More detailed information, also about other animals, may be obtained here or by emailing on info@mva.org.mt

A number of privately run veterinary clinics are found on the island as well as a 24-hour emergency veterinary service.

Take a deep dive and browse the Maltese localities and local insights to see if the homes for sale are right for you.