Ghasri is a village located in the western part of Gozo. It has a population of 525 people (March 2014). This small village is dominated by the lighthouse on Gordan Hill. As population goes, it is the smallest village in Gozo. The village lies between the hills of Zebbug and Ghammar. The name Ghasri is derived from Arabic origins. It refers to the time of day between the afternoon and the evening. 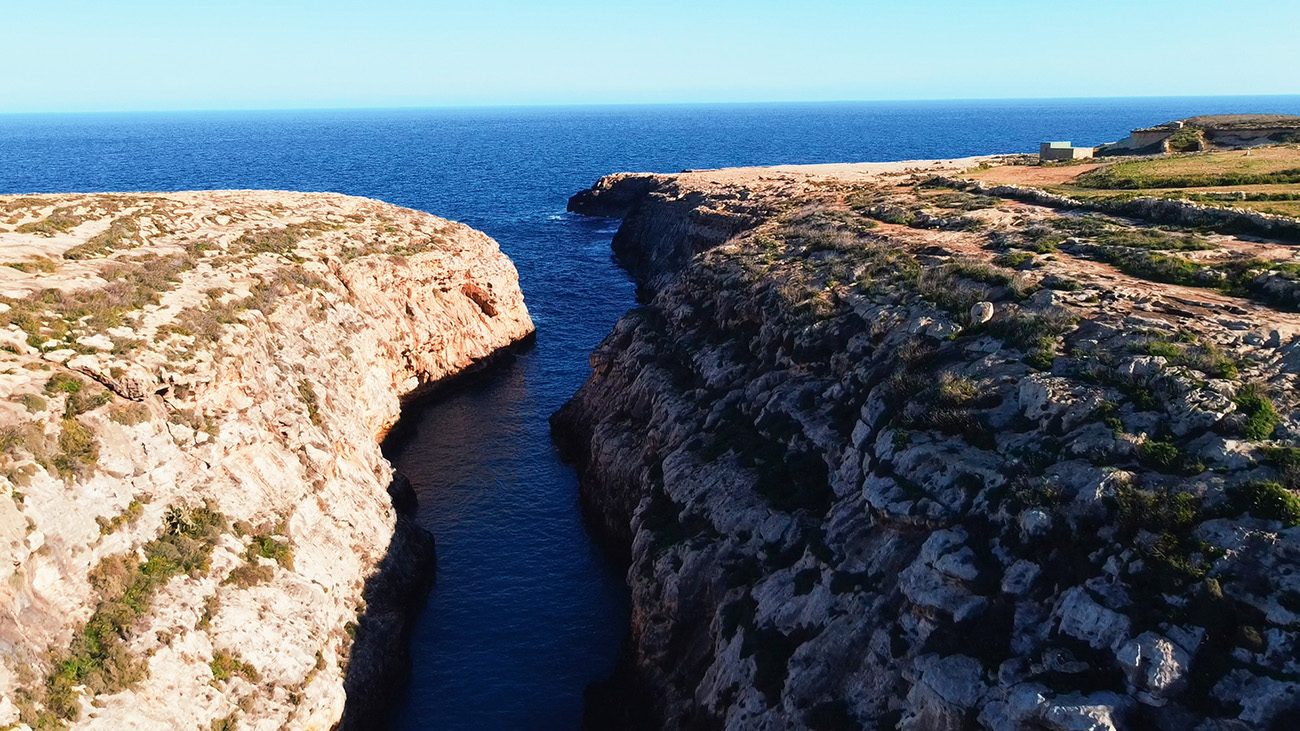 The word “Ghasri” is a Maltese name which derived from the Semitic language meaning “ghasar” according to A.E. Caruana. The word could also be related to the olive trees in Gozo as olive oil was produced in Ghasri and the village name was thought to have been derived from the word “ghasar”.

L-Ghasri is also the name of the owner of the land still known today by his name, therefore there are many theories as to where the name “Ghasri” derived from. Ghasri’s village church was built in the early 20th century and is dedicated to Christ the Saviour.

Its foundation stone was laid on 6th September 1903 and it was designed by a local priest, Dun Guzepp Diacono. The village was established as a parish by Bishop Giovanni Maria Camilleri on 16th December 1921.

The motto of the coat of arms of Ghasri is “ex labours fructus” and literally means “from work, the fruit” or else – you reap what you sow.  The coat of arms depicts three olive trees growing from fertile land, while in the upper parts there are three figures depicting the machinery used in the pressing of olives. Baron Lorenzo Zammit Haber (1876-1959) was the man behind both the coat of arms and the motto of Ghasri.

In this guide, here are some places of interest in the locality of Gharsi:

Gordan Lighthouse stands at a height of 21 metres atop Gordan Hill. The locality of Ghasri is dominated by the Gordan lighthouse, which stands 180 metres above sea level.

Construction began in June 1852, and the building was dedicated on March 15, 1853. The oil-powered light was introduced by Sir William Reid, Governor of Malta. Its beam may be seen up to 50 kilometres distant, and its upper terrace offers spectacular views.

The path to Gordan Lighthouse begins in the village square and passes via Wied il-Ghasri Valley. Along the journey, you’ll pass through a number of traditional farmhouses as well as an old, picturesque chapel devoted to the Patronage of the Blessed Virgin Mary.

During World War II, the Gordan Lighthouse was crucial in the defence of the Maltese islands. The lighthouse’s radar could predict enemy strikes in advance, giving time for the air raid sirens to warn residents to seek cover from the approaching onslaught. Electrical equipment with a power of 895,000 candles was installed in 1962. A new system was implemented at the end of 1994, and it is still in use today. Because this system is self-contained, it requires minimal maintenance and monitoring.

When in Gozo, you must go to Wied Il-Ghasri. Wied il-Ghasri runs between Gordan Hill and Iz-Zebbug before flowing into the sea between extremely steep rocks. Dbiegi Hill is the starting point for Wied il-Ghasri. Here is a little bay that is a sanctuary for individuals looking for a peaceful place to swim. A shaft was hewn through the rock up to the top of the cliffs in a cave near to the coast. The sea water was brought up to fill the nearby salt pans using a mill made up of numerous pails.

Wied Il-Ghasri may be the ideal spot for a 5-kilometer hike. Continue west along the coast of Marsalforn until you reach Wied Ghasri, when you will be cliff-bound. A stairway carved from the rock leads down to a little shingle beach near the inlet’s head. When the water is quiet, it’s a stunningly beautiful area with excellent swimming and snorkelling, but it’s better avoided when the waves pounding up the narrow sea valley.

You may alternatively drive or walk to Wied il-Ghasri from Ghasri village, which is about 2 kilometres south. If you’re coming from Marsalforn, there’s a signed turn-off around 300 metres after the coast road turns inland, where a rough trail slopes down to the right and goes to a rocky parking place; it’s reachable by ordinary car. You’ll need to go down the steep stairway to one of Gozo’s most magnificent vistas once you’ve parked.

L-Ghammar Hill rises to a height of 188 metres above sea level. A life-size Way of the Cross with marble figures runs the length of the building. These statues were created by Alfred Camilleri Cauchi and carved in Italy. The First Station is located at the bottom of the hill on the Ta’ Pinu side, while the Last Station is located at the summit. A chapel dedicated to Our Lady of Ta’ Pinu may also be found here.

The Niche of Our Lady of the Annunciation

The Niche of Our Lady of the Annunciation is located in the village centre of Ghasri, at the corner of Triq Salvu Gambin and Triq il-Knisja. According to the date engraved on the back of the stonework, it was built on February 5, 1773. The sculptures and masonry style are extremely distinctive of Gozo’s niches.

The sculptures of the Angel Gabriel revealing to the Virgin Mary that she would be the Mother of God may be found inside the niche. This niche stands on a balcony supported by three columns, which makes it intriguing and unusual. There is a stairway on the left side of the niche that goes up to the niche itself. The procession stops in front of this niche on the feast of Corpus Christae. Benediction is offered from the balcony’s highest point. This is a religious practise that originated in the 18th century.

In 2002, restoration work on the niche began since it was in risk of collapsing. To prevent further degradation, the original marble inscription was removed and is now maintained at the local Parish Church. In 2018, the niche was repaired once more.

On the island of Gozo, there are three really unusual windows. Ghasri is home to two of them. “A type of window (in Arab design) from which one may see but not be seen,” says Maxrabija.

Certainly, prior buying property in Malta, the village of Ghasri includes a wide variety of real estate for sale in Malta, ranging from the village core to any other parts of its territorial expanse. The locality of Ghasri is a beautiful little village deep in the Gozitan countryside. Upon the hill stands Ta’ Gordan Lighthouse. From the typical Gozitan square a road leads to the fabulous valley of Wied il-Ghasri. 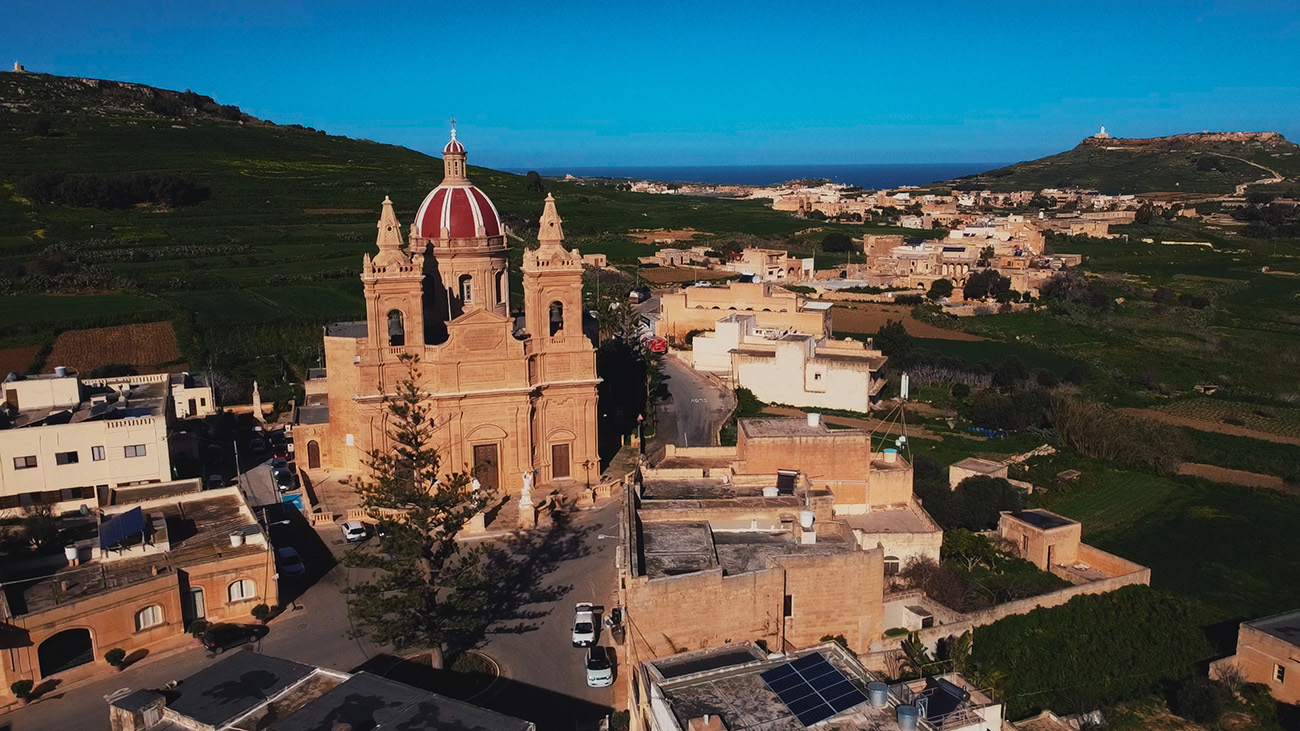 On the way, there are a number of typical Malta property like farmhouses which form part of the real estate properties to be found in Ghasri. There are also houses of character and terraced houses in the village square as well as modern apartments on the outskirts of the village. These can all be made into wonderful homes and if one wishes can also be modernised with swimming pools and air conditions and yet retain the authentic Gozitan features to be found inside the property.

Properties For Sale in Ghasri

Properties For Rent in Ghasri