Xaghra is located in the north-eastern part of the island of Gozo with a population of 4,129 inhabitants. (January 2019). It is home to the Ggantija Megalithic Temples which date back to 3600 B.C. and the Xaghra Stone Circle making the village one of the earliest inhabited parts of Gozo. Natural underground features such as Xerri’s Grotto. Ninu’s Cave and Calypso’s Cave can be found in Xaghra. During the British period, Xaghra was also known as Casal Caccia. 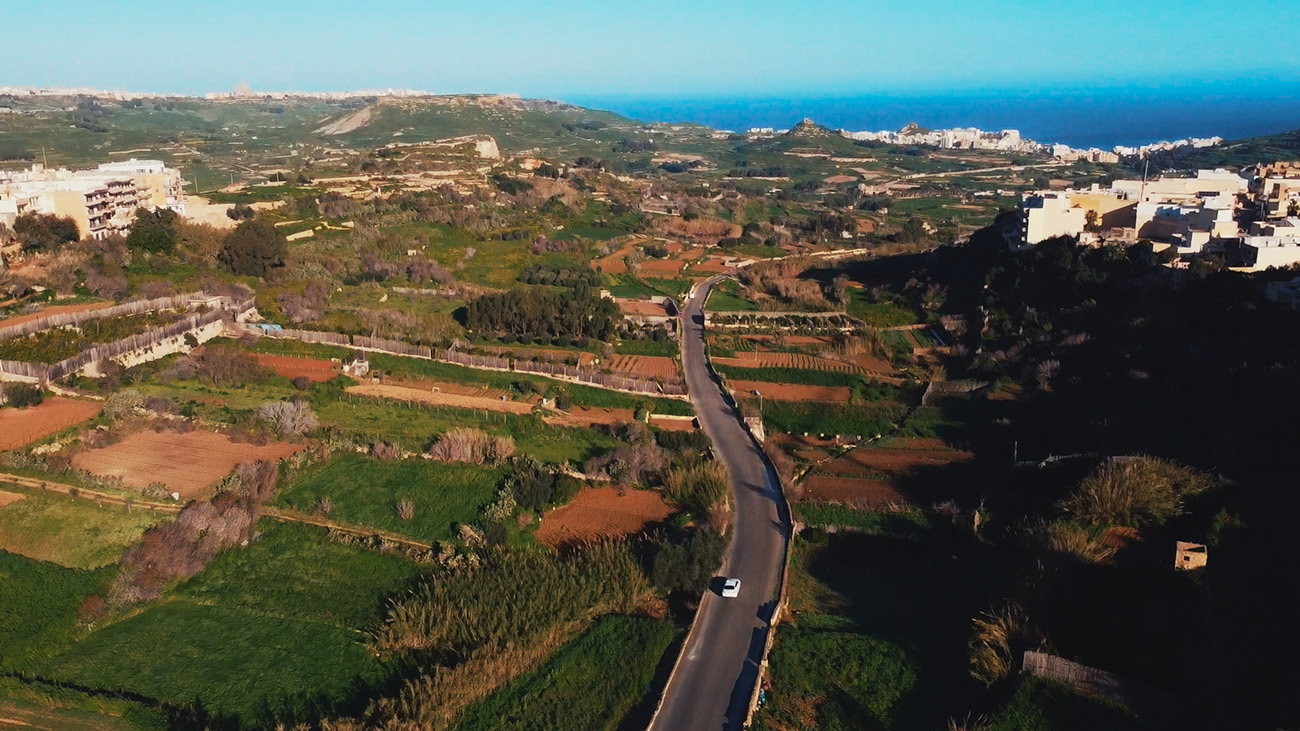 Xaghra is located mid-way between Victoria and Ramla Bay and stands on a plateau, 140 metres above sea level.  The name Xaghra derives from “Xaghret l-Ghazzenin” which translates to the “land of the lazy ones” as farmers from all over Gozo used to go there with their flocks of sheep and goats and they would spend the day relaxing, chatting and playing music while the animals fed on the grass.

Xaghra village was formerly called Caccia (hunting), probably because the high plateau on which it stands used to be a favourite spot for bird and hare shooting.

Xaghra Parish Church is dedicated to Our Lady of Victories, locally known as ‘Il-Bambina’ whose feast is celebrated on the 8th of September every year.  It was created as a parish in 1688.  At that time, the villagers only had a small church and it was only during the last century that they could afford to build a new one.

The new church was completed in 1855. In 1878, it was consecrated and created as a collegiate church.  This is one of the most beautiful churches in Gozo and stands in a rectangular square, in which one can see the columnar parish cross and admire the old houses and shops around the perimeter. Its neighbouring towns and villages are Marsalforn, Munxar and Rabat. The village is poised on a high limestone plateau. This is the reason for the formation of caves and grottoes in limestone terrains.

The interior of the church is richly decorated with stained-glass windows, gilt sculptures, fine Italian marbles and paintings by foremost Maltese artist. The statue of Il-Bambina which stands on a silver pedestal, is carried in procession through the village streets on the feast day, which day is also Victory Day, a National Day in the Maltese Islands. Other localities which celebrate Il-Bambina are Naxxar, Mellieha and Senglea.

Living in Xaghra would be living near the Ggantija Temples. The Ggantija Temples are some of the world’s oldest free-standing monuments in Gozo. Buying Malta property for sale or rent in Xaghra means soaking up the sun at Ramla Bay, admiring the view from Mixta Cave, sampling the local cuisine at Xaghra Square, marvelling at Ninu’s Cave and Xerri’s Grotto and taking part in the patron saint’s annual festa every September.

Here are some places of interest in the locality of Xaghra hat you must visit when on holiday or prior purchasing real estate in Gozo, that when compared to other localities in Malta and Gozo, makes such a town unique.

Ta’ Mena Estate was established in the early 1970s and invited people to come and pick their fruit and vegetables. Now Ta’ Mena Estate invites guests to taste typical food and wine from Malta and Gozo while getting in touch with nature.

Ramla Bay also referred to as Ramla l-Hamra is Gozo’s largest sandy beach on the North coast of the island.  There are no hotel here so the beach is unspoilt, peaceful and full of natural beauty.  Ramla l-Hamra (in Maltese) means Red Beach which takes its name from the red colour of the sand.

Xerri’s Grotto is a cave in the village of Xaghra.  It was discovered in 1923/24 by a local resident called Anthony Xerri, while digging a well under a private house.  The cave has stalactites and stalagmites making natural formations.  The entrance to the cave is down a 10m staircase.  The cave was extended during World War II when the family used it as an air raid shelter.  Nowadays the cave is appropriately illuminated and open to the public.

Ta’ Kola Windmill is connected to the last miller, Guzeppi Grech, who was known in the village as Zeppu ta’ Kola.  This is one of the few surviving windmills on the Maltese Islands dating back to the Knights’ Period.  The origins of the windmill go back to 1725and it was reconstructed in the 1780s. When the wind was favourable for the mill to be operated, the miller would let the locals know by blowing through a triton-shell.  The villagers would then bring their cereals to be ground into flour.  The last miller working here died at the age of 87 in 1987.

Ta’ Ninu’s Cave is an underground cave in Xaghra which was discovered by Joseph Rapa in a private site.  The entrance is via a 4m staircase and the cave is close to the village square.  The calcification of water dripping from the ceiling of the cave formed a number of columns, standing side by side.  The cave is well illuminated and open to the public.

The Museum of Toys

The Museum of Toys is a small privately-owned museum in Xaghra Gozo which was originally set up by Susan Lowe in Devon, England in the 1970s.  It started with one doll and today boasts toys from all over the world.

Ggantija Temples are the most famous prehistoric site of the Maltese Islands, dating back to the third millennium B.C., and are confirmed by the Guiness World Book of Records as the “oldest free standing structures in the world”.

Calypso’s Cave overlooks Ramla Bay where you can see a beautiful view from that height.  There is an interesting legend about the cave where according to Homer’s Odyssey, Calypso was a water fairy who could not leave her habitat – the island of Ogygia.

The pretty village of Xaghra is one of Gozo’s largest villages. The 19th-century church of Our Lady of Victory looks down on the tree-lined Pjazza Vittorja where old men sit and chat in the shade of the oleanders.

One is sure to be captivated by the picturesque countryside and enchanting coastlines of Gozo. Xaghra village sits atop a hill on the North-Eastern part of Gozo and is an epitome when it comes to alluring visitors through its charm.

Whatever type of property in Malta you decide to choose you are sure to find one to make into a comfortable home: whether it is a farmhouse, a house of character, a terraced house or an apartment – the choice is yours. View the latest Gozo property for sale or rent in Xaghra. 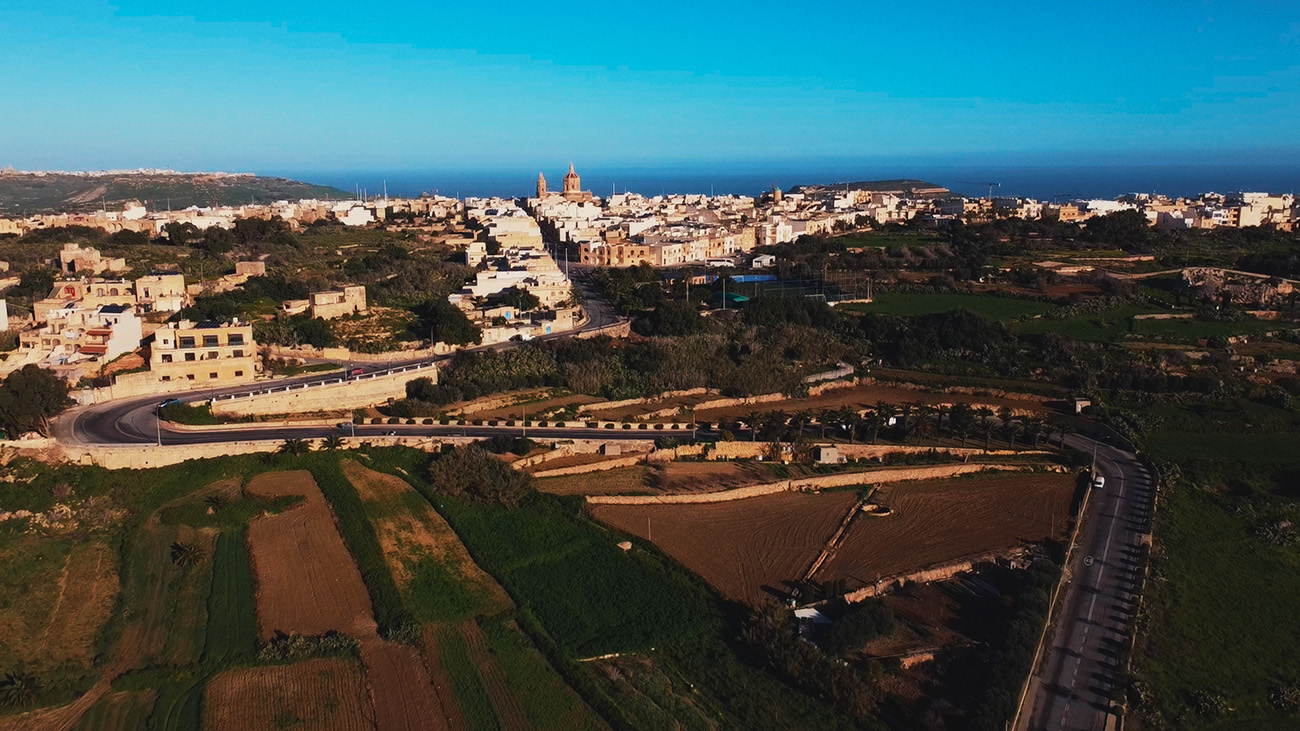 Properties For Sale in Xaghra

Properties For Rent in Xaghra