San Lawrenz is located in the western part of Gozo and has a population of 748 people (March 2014). It is the second least populated village in Gozo. The village takes its name from on old chapel which has stood in the area from at least 1575. It is built on a plain surrounded by three hills: Ghammar, Gelmus and Ta’ Dbiegi. In the limits of San Lawrenz there is also the bay of Dwejra. The village has retained its authentic, traditional and rustic lifestyle. 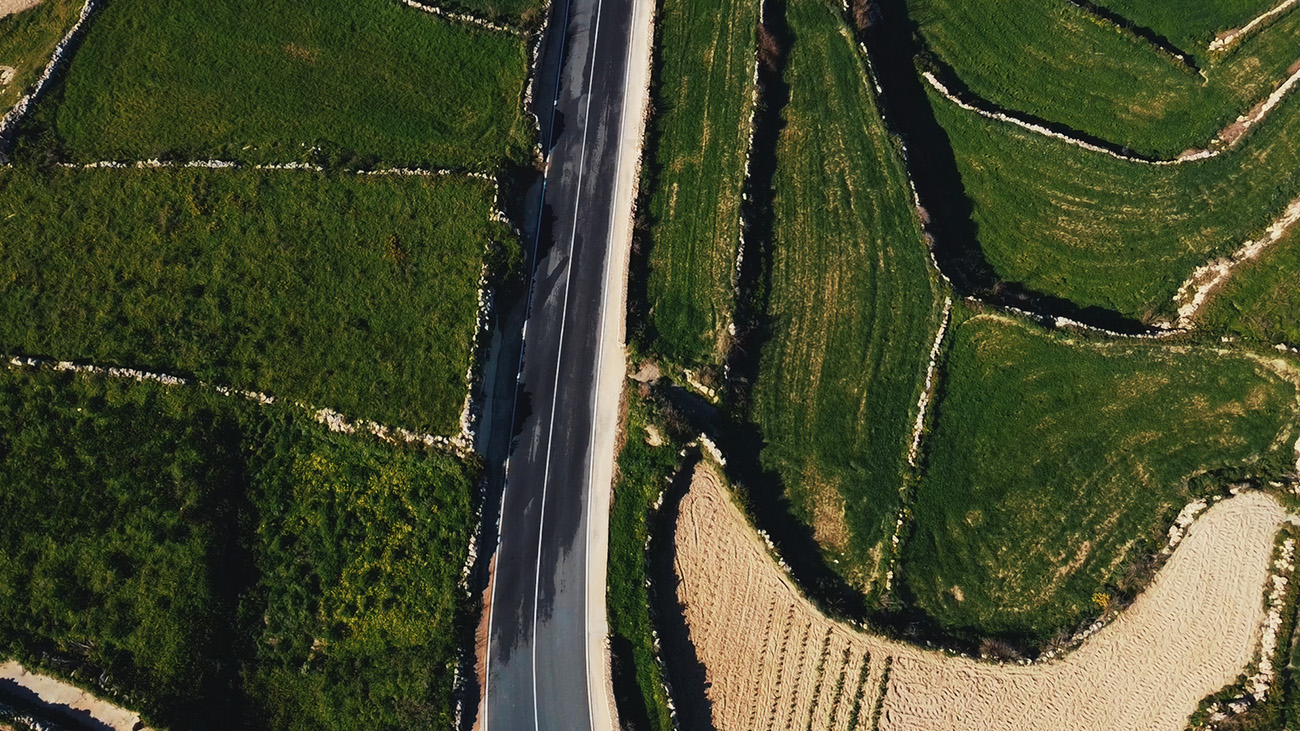 San Lawrenz is a quiet rural village and until the Second World War the majority of the locals were farmers.  It is one of two villages named after a saint in Gozo.  The other one is that of Santa Lucija.  Records of the famous San Lawrenz Chapel date back to 1545. San Lawrenz was established as a parish on the 15th March 1893. Prior to this, the area was known as Ta’ Cangura and formed part of the neighbourhood of Gharb. The name Ta’ Cangura derived from a family name or nickname. The village of San Lawrenz borders Kercem and Gharb. There is only one restaurant, one bed & breakfast, the village shop and a bar run by the local football club of San Lawrenz Spurs.

Lawrence was born in a holy and noble family in 226 in Huesca of Aragon in Spain.  The then Archdeacon of Rome, Sixtus II, invited Laurence to accompany him to Rome to continue his studies for the priesthood.  In 257 Sixtus II became Pope and appointed Laurence as archdeacon and as his vicar.

Thus, Lawrence became responsible for all the treasures owned by the church.  Valerian sent Cornelius, the Prefect of Rome, to arrest Lawrence when he got to know that he was the custodian of all the church’s treasures.  The Prefect wanted Lawrence to hand over all the treasures of the church.  Lawrence assembled the sick and poor of Rome and said to the Prefect: “these are the authentic treasures of the church”.  Lawrence suffered torture and was beaten up as he refused to pay homage to the pagan gods and remained strong in the faith.  Lawrence was eventually burnt on an iron grid on August 10th 258, only four days after the death of Pope Sixtus II.

The coat of arms of San Lawrenz consists of a golden shield on which there is a symbol of an iron grid with two palm leaves on each side.  The palm leaves are symbolic of martyrdom while the iron grid represented the way in which the patron saint was put to death.  The motto of the village is “Dominus protection Mea” which means “The Lord is my Shield”.

What to See & Do in San Lawrenz, Gozo?

San Lawrence formed part of the parish of Gharb until 1893 when it was declared a parish.  As time went by the people of San Lawrenz started to form a separate community and thus wanted their own church.  The foundation stone was laid and consecrated by Bishop Peter Pace on 21st November 1886.  It was built on the site of the old chapel. The relic of San Lawrenz was placed under this stone.  All the villagers participated in the building of the church.  The village feast of San Lawrenz is celebrated every year around the first week in August which also happens to be the warmest part of the Summer.

From the village of San Lawrenz one can take the road down to Dwejra Bay where you can find a chapel dedicated to St. Anne.  In Dwejra there is a well preserved watch tower dating back to 1652, built to guard the famous medicinal plant called Gharq is-Sinjur which grew on Fungus Rock.  This is one of the towers which has survived and was erected by the Knights of St. John during the 17th century.

There are several natural wonders in Dwejra namely “Il-Gebla tal-General”, also known as “Fungus Rock”, the “Azure Window” which unfortunately no longer exists (it collapsed in 2017) and “Il-Qawra” or else “the Inland Sea”.

From the Inland Sea you can take a boat ride through the narrow sixty-metre long tunnel in the cliffs to an opening called Ghar iz-Zerqa (Blue Cave).  You can also get a closer look at Fungus Rock.  The ideal time to visit Dwejra is at sunset when you can make the most of an awesome spectacle against a series of dramatic seascapes and landscapes which fascinate geologists. There are also rare geological features under the sea and this makes Dwejra a desired diving site.  One can find the Blue Hole, the Coral Cave and a series of caves and cliffs which host an interesting variety of marine life.

Built by the Knights of Malta in 1561, the Dwejra Tower was used as a coastal defence and later used to guard Fungus Rock and the medicinal fungus which grew there.  Close to the Dwejra Tower you can find St. Anne’s Chapel where there are a mysterious pair of cart ruts dug out of the rocks all the way up the towering cliffs north of the Inland Sea.  They start and terminate unexplainably and ultimately drop two metres down.

It was completed in 1652 during the time of Grand Master Jean Paul Lascaris Castellar and funded by the Universita’ of Gozo. A Capo Mastro or Castellano was in charge of the Tower and raised money to cover expenses by producing salt from the salt pans in front of the Tower. In 1744 Grand Master Pinto had the sides of nearby Fungus Rock, home of the fabled fungus that had special medicinal powers, smoothed over to make access more difficult.

On the Rabat–Gharb-San Lawrenz road at the village approach, one can find the Gozo crafts village of Ta’ Dbiegi.  It lies below the highest hill in Gozo which has the same name of Ta’ Dbiegi.

San Lawrenz is a small picturesque village in Gozo.  It is a quiet rural village where time literally stands still.  Take your time to enjoy the quiet countryside village and relax.  Here there is no rush.  Avail yourself of the services of the one local restaurant, village grocer and local bar belonging to the San Lawrenz Spurs Football Club.   Here you are sure to find a gem of a property with traditional features such as flag stones, arches, stone balconies, wooden beams and more.  Join in the village festa in August and feel a part of the local villagers who are sure to make you feel welcome whenever you decide to acquire a property in this beautiful village. 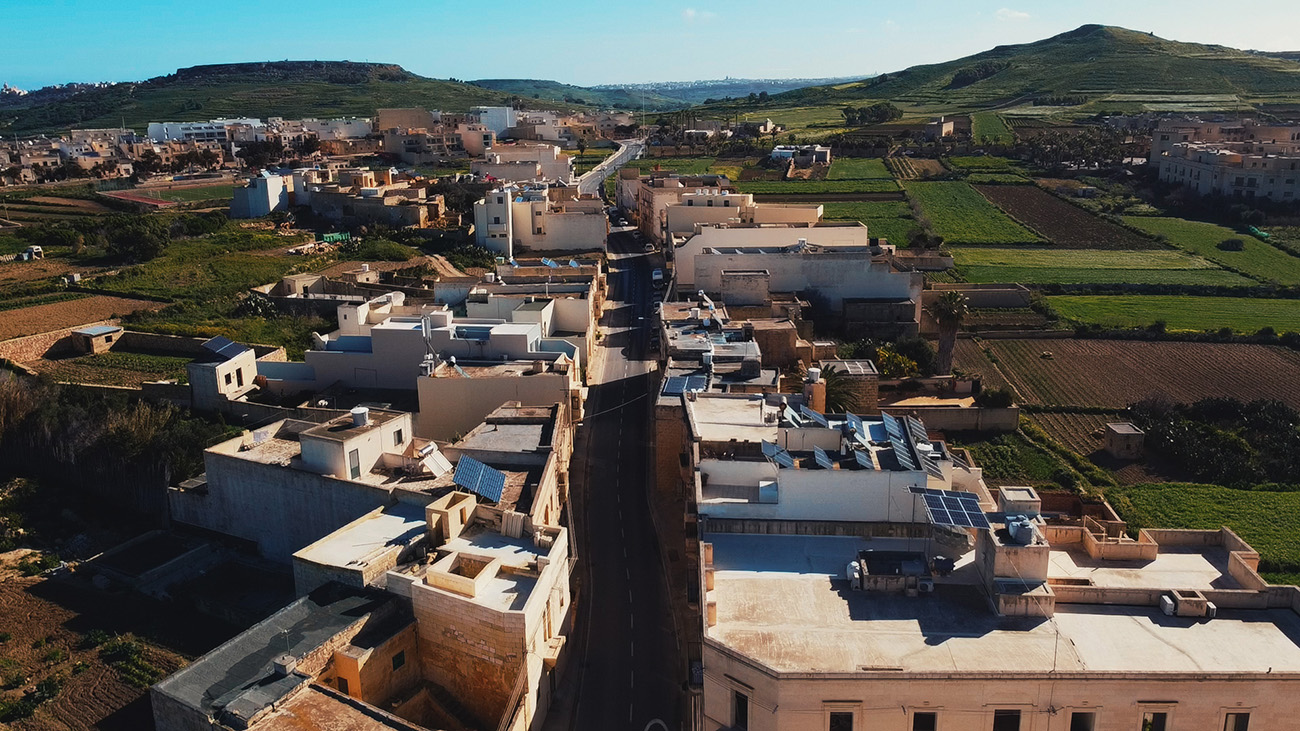 Properties For Sale in San Lawrenz

Properties For Rent in San Lawrenz