Nadur is located in the Eastern part of Gozo and has a population of 4509 (March 2014). The village is built on a plateau and is one of the larger localities in Gozo. Known as the second city Nadur is famous for its Carnival and spreads along a high ridge to the east of Victoria.
The word ‘Nadur’ is derived from the Arabic word ‘nadara’ which means ‘lookout’ which has the same meaning as Nadur’s motto ‘Vigilant’. The motto shows in Nadur’s coat of arms that shows the sun coming up from the blue seas. The town is also famous for its bakeries. 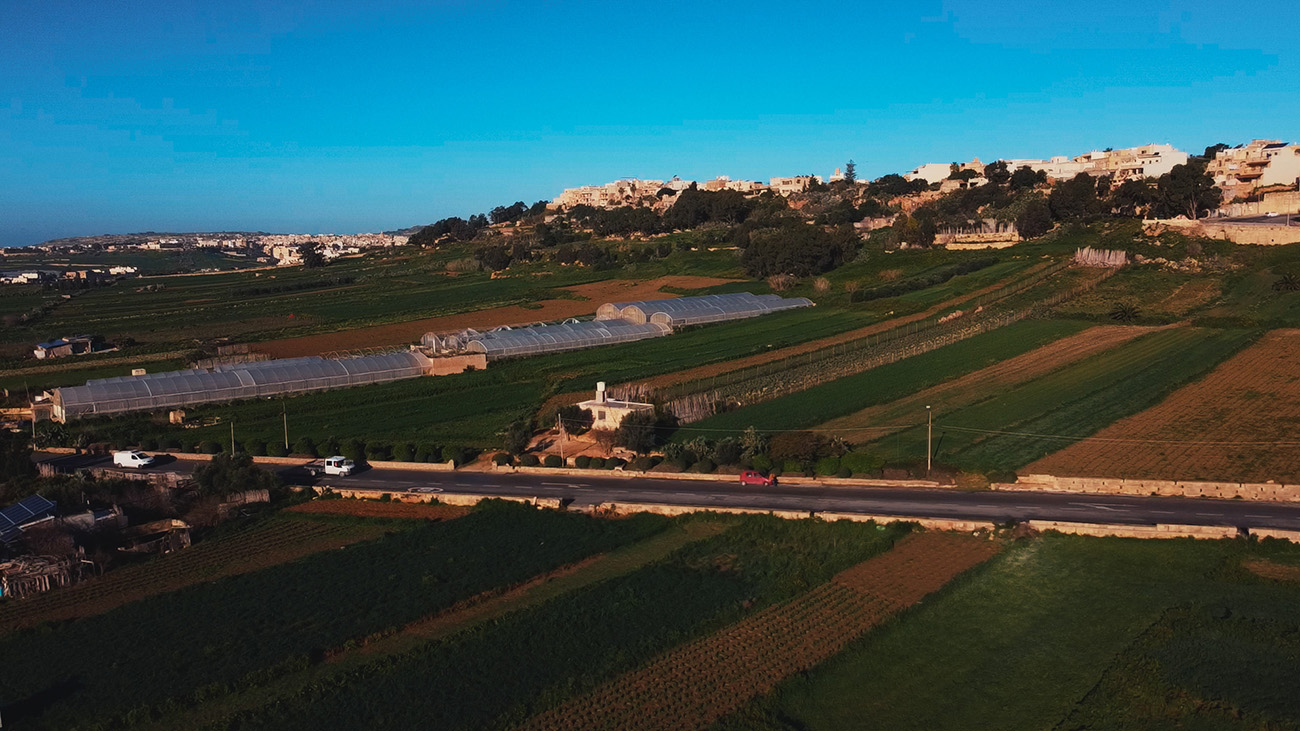 Nadur’s plateau with a few scattered farmhouses were in existence much before Nadur became a parish.  Some archaeological remains were found in the limits of Nadur.  These were large flat stones which were found in a field between San Blas and Dahlet Qorrot which probably once served as temples.  Because the stones were so large it was thought that they could not have been placed there by normal-sized people but by very strong people or giants.  Nadur may have been founded in the time of the Greeks as a bronze statue of Apollo was found in Nadur in 1744.

Nadur has always played an important part in the defence of the island from corsairs.  During the time of the Knights a watch tower was built by Grandmaster Nicolas Cotoner.  This was called Dahlet Qorrot Tower or San Blas Tower.  The tower is locally known as Isopu Tower.  Another watchtower in Nadur is Ta’ Kenuna Tower built by the British towards in the 19th century, linking Malta and Gozo with a telegraph link. From the top of this tower, there are incredible views of Gozo, Comino and the Northern part of Malta.

Near Nadur are San Blas and Dahlet Qorrot Bays, tiny rocky bays with spectacular views, on the North Eastern coast. These areas are perfect for swimming, snorkelling, picnics, and trekking.  Most of the population of Nadur live in the centre of the village, however residential areas are found on all sides of Nadur.

Places of Interest in Nadur?

The Parish Church in Nadur is dedicated to St. Peter and St. Paul.  The beloved titular statue of St. Peter and St. Paul is an exceptional monument which was made in Marseilles in 1882.  It was designed by the Maltese architect Giuseppe Bonnici.  It is one of the many masterpieces that grace the grand church.

The statue is taken out for the procession of the feast of St. Peter and St. Paul or Mnarja which falls every year on the 29th June.  The feast was popular with honeymooners and has a connection with Summer.  It is derived from luminaria (illumination) and this is a festival deeply rooted in Maltese rituals and customs.

And crucifixion of Jesus Christ.  Then on the morning of Easter Sunday a statue of The Risen Lord is also paraded.

The Nadur Carnival is held over six days during the month of February and ends on Mardi Gras (Tuesday).  This satire themed carnival has become synonymous with the locality and has grown into an event which is attended by a large amount of people dressed in carnival costume.

The Wine Festival is held in September with three days of local wine tasting and entertainment.

The Christmas Market which is popular in a number of European cities is now also popular in Nadur with a Maltese twist.

San Blas Bay is a sandy beach which provides an ideal spot for swimming and sunbathing.

Dahlet Qorrot Bay is a popular spot which is also a spectacular beach and it is ideal for sunbathing and swimming.

The village of Nadur is spread into four regions.  These are the Main square area, Ta’ Hida, San Blas and Ta’ Kenuna area.  The main square centres basically around the parish church with a host of shops, bars, restaurants, cafes, and also residential housing.  While most of the population lives in the centre of the village, numerous residential areas are found in the countryside all around Nadur.  Living in the village core, you will find properties with typical Gozitan features which can be retained and renovated to fit in with your style while making it your home.  In Nadur you can find farmhouses, houses of character and terraced houses which can be turned into beautiful homes.   On the outskirts you will find more modern properties such as apartments, maisonettes and penthouses. 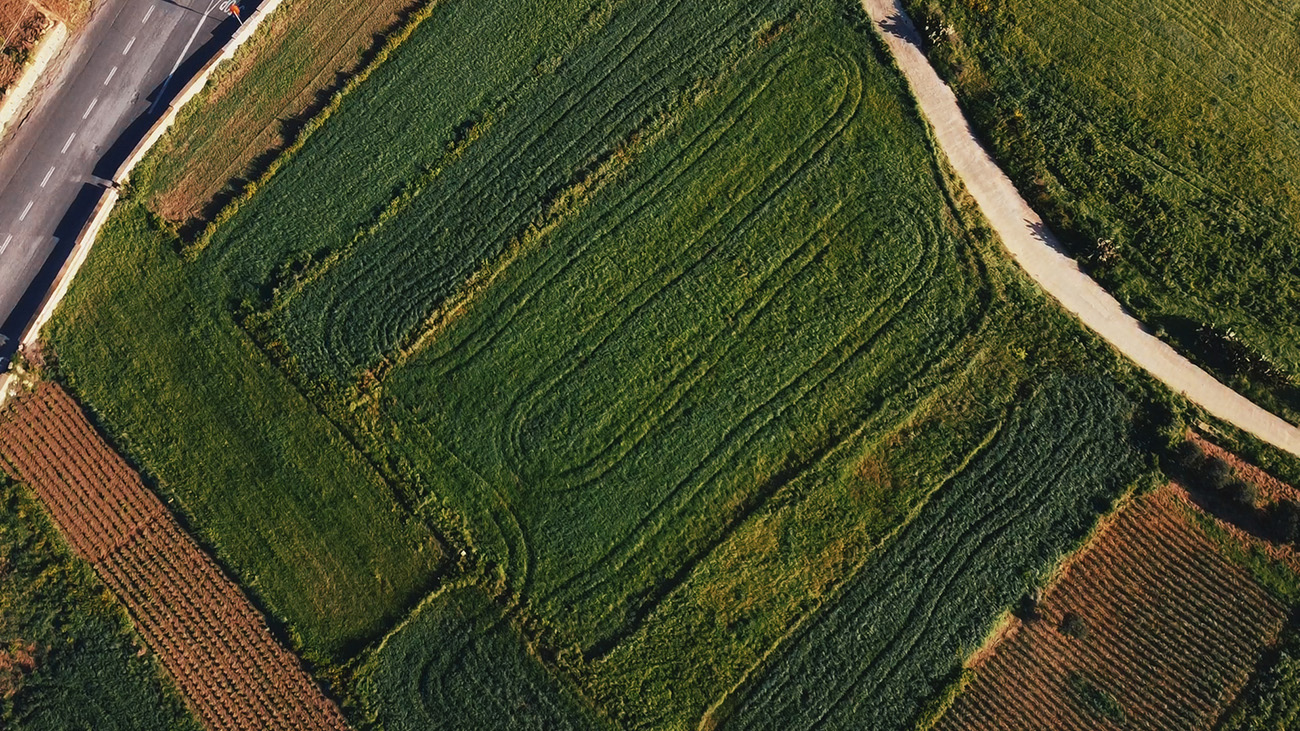 In the countryside around Nadur you might find a farmhouse or a house of character to your liking which overlooks beautiful valleys, while others have marvellous views of the island of Comino and Malta.  Nadur is one of the few rural landscapes that still exist on the Maltese islands.  It maintains a vast ambience of rural nature and tradition.  Quantities of fresh fruit such as apples, peaches, pears, plums, oranges and melons from the fields of Nadur are distributed all over Malta and Gozo.  There are about 20 farmers in Nadur, most of whom work their fields on a part-time basis.

Living in Nadur, you will find that there is always something going on.  Join in the village festa of St. Peter and St. Paul (Mnarja) on the 29th June and take part in the satire themed carnival in February.  In September, join in the local festivities and entertainment while you taste the local wine.  At Easter time you can watch the Good Friday procession pass through the streets of Nadur.  There is something for everyone in Nadur and the village’s popularity with Maltese and tourists alike is a witness to this.

Properties For Sale in Nadur

Properties For Rent in Nadur