Gzira, meaning island in Maltese, is located between Msida and Sliema, touching Ta' Xbiex in part. It gets its name from a little island found on its shores within Marsamxett Harbour. A small bridge connects the mainland with Manoel Island, one of the most exciting features. The seafront of Gzira has Valletta's views illuminated at night, forming a backdrop to Manoel Island, the yacht marina, and a seafront public garden. Gzira's population has been relatively stable over the past few years, hovering around 12,000 inhabitants. 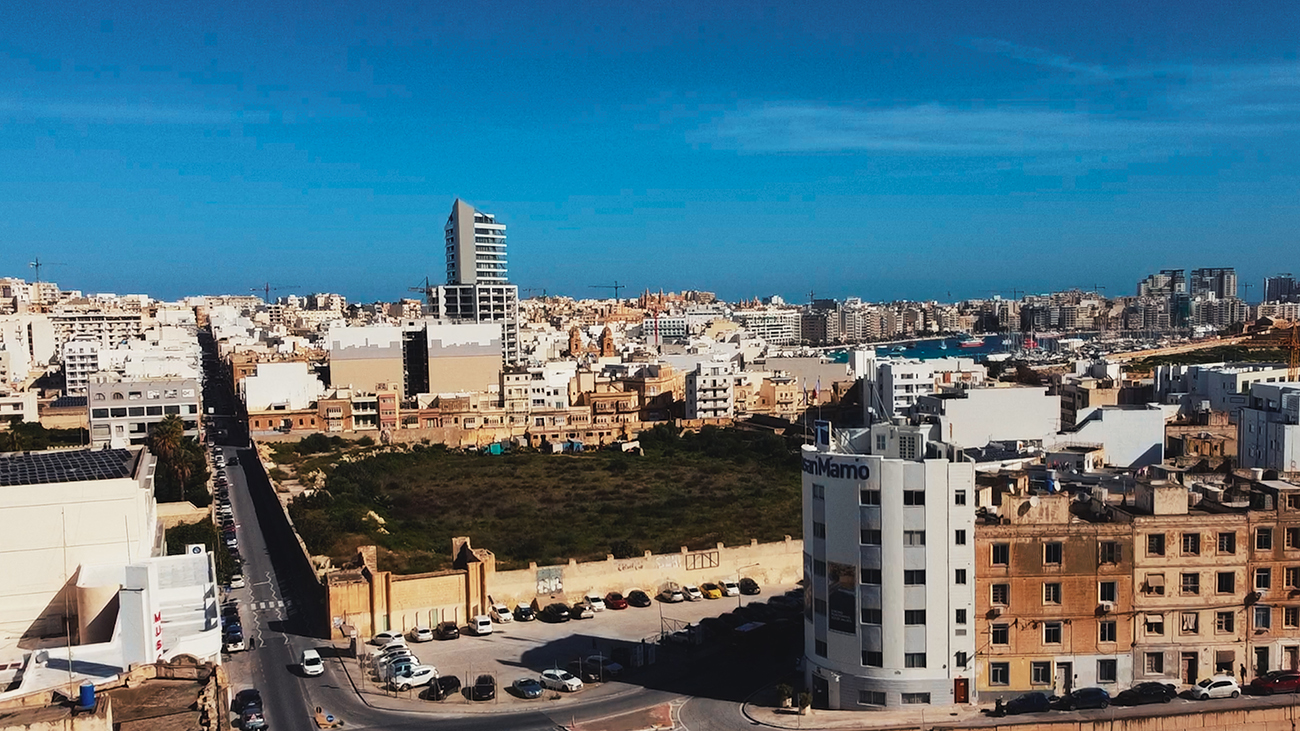 Mostly developed as a working-class village, Gzira is an old town, and it grew out of the need for housing for the numerous workers employed in and around the port. Much of the character and charm of the seafront houses have changed. However, in the heart of Gzira, there are still examples of traditional Maltese façades, with timber balconies (Gallarija) and bow-fronted, wrought-iron balconies. The proliferation of modern apartments in Gzira as well as the development of high rise buildings, namely Metropolis and 14 East, led to an inflation of housing prices, as the town became sought after by both Maltese and foreigners. Being quite centrally located and being by the sea, Gzira eventually and effectively became an extension of Sliema’s prosperous town, enjoying views of the capital city Valletta across the harbour waters. Being close to Valletta (travel across by boat) and the University of Malta, and being of interest to various local and foreign businesses, it is home to a vibrant and continuously updated community.

Plenty of developers are seemingly interested in purchasing properties within this area to develop apartment buildings and commercial outlets around and about the coastal areas.

Manoel Island was initially known as l’Isola del Vescovo or il-Gzira tal-Isqof in Maltese (literally translated as “the Bishop’s Island”) and it was the property of the Mdina Cathedral. Jean-Paul Lascaris, Grandmaster of the Knights of Malta, constructed a quarantine hospital (Lazzaretto) on the island in 1643, in an attempt to control the periodic influx of plague and cholera epidemics. The island was renamed after António Manoel de Vilhena, a Portuguese Grandmaster of the Knights of Malta -Under whose leadership Fort Manoel was built in the 18th century.

It was considered to be a wonder of military engineering. Due to its defensibility, the Knights of Malta considered developing a walled city on Manoel Island, but instead, they settled on a fort designed to house up to 500 soldiers. Fort Manoel is built in a square’s shape, with a pentagonal bastion on each corner, giving it the star shape. The four defenses are called St. Helen, St. Anthony, St. John, and Notre Dame Bastions. St. Helen and St. Anthony Bastions are located on the seaward side, facing Valletta. St. John and Notre Dame Bastions are located along the landward side of the Fort. A low cavalier protects each bastion. A Piazza is located inside the Fort, and it contains the rebuilt Chapel of St Anthony of Padua, several barrack blocks, an armoury, and other buildings. A bronze statue of Grand Master De Vilhena, once stood in the square, but it was removed in the 19th century and relocated to Valletta. It was later relocated again, and it is now in Floriana. The British used the island as a naval base during World War II, at which time it was referred to as “HMS Talbot” or “HMS Phoenicia.” A network of underground war shelters connect to the hospital, and that an underwater tunnel connects it to Valletta, however, there is no clear evidence of this. These shelters are not open to the general public.

Manoel Island also has a boatyard and repair facility as well as a 420-berth yacht marina. For several years now, Manoel Island houses a quaint, informal sanctuary for ducks and other waterfowl, created and maintained by a local volunteer and funded entirely by private donations.

Over the past few years, Fort Manoel has been undergoing extensive restoration works, with attention given to areas hit and damaged by bombs during World War II. The Fort’s rehabilitation led to its being opened to the public in 2009, and sometimes it is used for public and private events.

Fort Manoel has been on Malta’s tentative list of UNESCO World Heritage Sites since 1998, as part of the Knights’ Fortifications around the Harbours of Malta.

The town’s church is also known as “Tal-Ġebla” (literally meaning “of the stone”) and is dedicated to Our Lady of Mount Carmel. Its origins date back to a street incident in 1902 that saw drunken sailors throwing a stone towards a facade, with the stone wedging itself in a religious shrine. A small chapel built on the site, eventually transformed into a church inaugurated in 1921. The annual village feast is celebrated on the second Sunday of July.

Gzira has a long promenade enjoying lateral views of Manoel Island and Valletta. The promenade keeps stretching on to Sliema and Tigné Point.

Gzira is a self-contained seaside town, boasting all amenities. It provides ample shopping opportunities in the form of a string of small shops located along the Gzira promenade. Its close proximity to Sliema means that serious shopping can be continued just metres away on the Sliema ferries promenade and at Tigne Point.

Gzira offers something for everyone, but mostly for the metropolitan, working person or family. Apartments and maisonettes are the most common kind of property here, be it in modern blocks or older estates. A small selection of quaint townhouses in the heart of town is also available. Some are unconverted, offering the great potential of personalisation. Plots for development are also up for grabs and blocks of apartments, offering business potential since this is a thoroughfare that attracts constant traffic. Showrooms and shop spaces proliferate. All in all, investing in a property in Gzira can work both as a residential rental, as a holiday rental or as a business establishment. 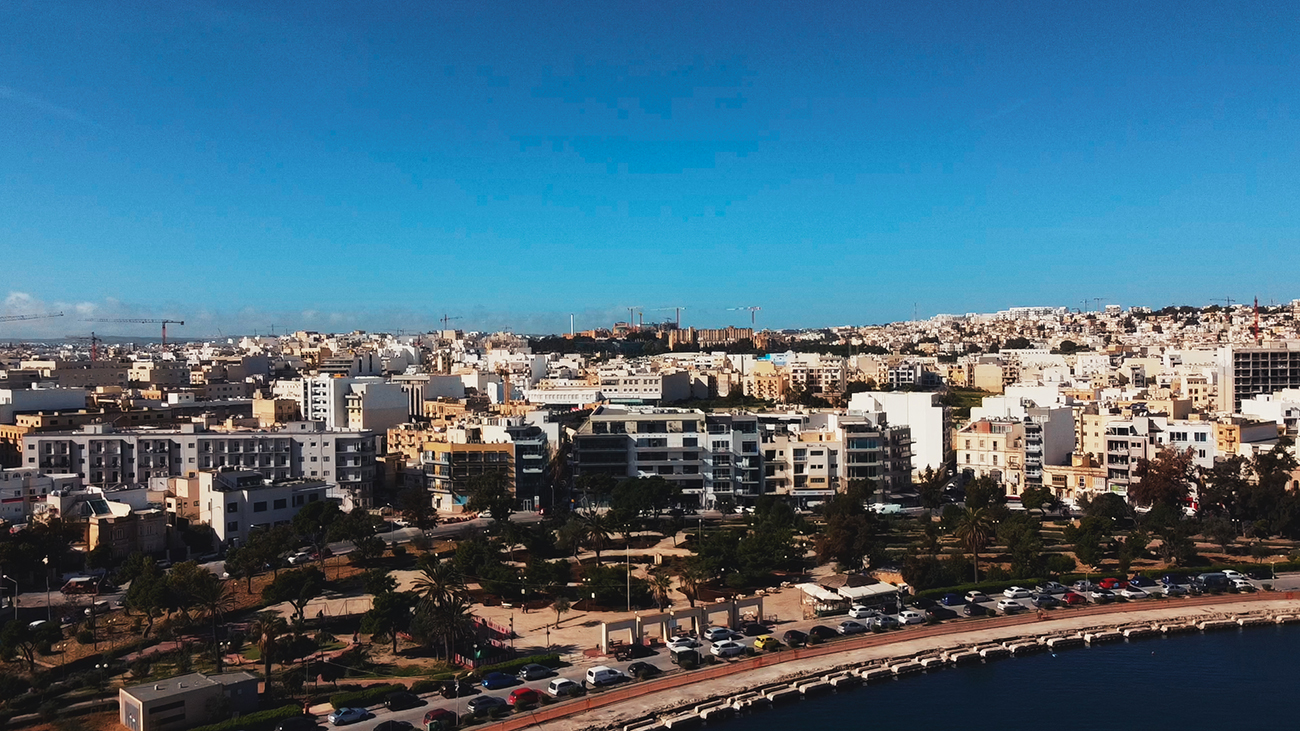 Properties For Sale in Gzira

Properties For Rent in Gzira