Msida was previously an old fishing village. Although it is now more urbanised, some fishermen still operate in the village. Today Msida also neighbours the towns of Gzira, San Gwann, and Birkirkara and is thus located at a critical junction connecting all these towns, which means it tends to get rather busy with traffic at peak times. Thanks to land reclamation and ongoing projects to improve the area, it is pretty busy and populated today. 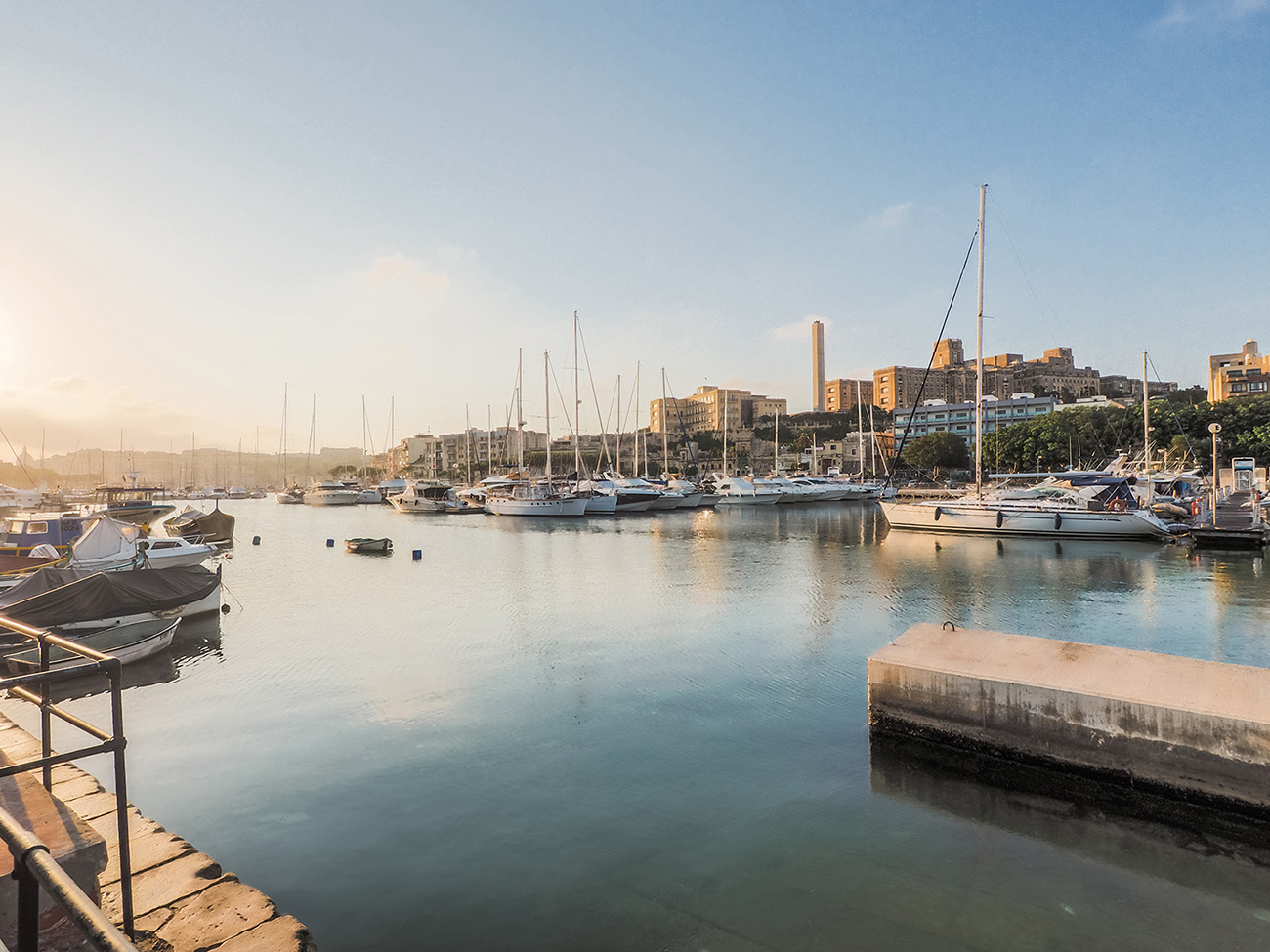 The town of Msida is a harbour town that initially started as a tiny fishing village and morphed into a busy location, enjoying an arterial connection between the island’s main cities and beyond. Its name comes from an Arabic word meaning “a fisherman’s dwelling.” It could also be derived from the word ‘Omm Sidna’, meaning ‘The Mother of Our Lord’ since there could have been a small chapel dedicated to the Blessed Virgin Mary, Mother of God.

The urban localities of Swatar and Tal-Qroqq also form part of Msida. Valley Road, which links Msida to Birkirkara, is a long avenue of trees, literally a road in a valley where one can find many influential brands occupying showrooms selling furniture, cars, boats, and more. The town still operates a very active and attractive Yacht Marina in its sheltered inlet of Marsamxett Harbour.

Msida has a unique character that speaks of active lifestyles and possibilities.

The Village host two local newspapers. The Lehen il-Misidjani (“The Voice of the Misidjani”) is produced and edited by the local band club the Ghaqda Melita Banda San Guzepp Msida. The “Lehen il-Misidjani” gathers information on most of the communities, clubs, and associations based in and around Msida.

Another newspaper is the Id f’Id (“Hand in Hand”), produced by the Parish and the Ghaqda Armar Msida. It contains information on church activities, religious activities in Msida, and the Feasts.

The patron saint of Msida is Saint Joseph, while the protector is The Immaculate Conception of the Blessed Virgin Mary. Msida traditionally celebrates the Feast of St. Joseph on the first Sunday after 16 July every year.

What to do and places to visit in Msida?

Msida Parish was established in 1867, and for several years the old church of the Immaculate Conception served as the parish church, which still exists today. The present parish church was built in the late 19th century and is devoted to St Joseph.

The design is typical of the traditional baroque churches prevalent a century before, but the Maltese were still adhered to this style, especially for churches. The plan is conventional and forms a three-aisled Latin Cross, the most frequently adopted plan in local parish churches’ design. The façade comprises a series of bays with the two outer bays surmounted by well-proportioned bell-towers. The source upon which the architect Andrea Grima based his design appears to have been Lorenzo Gafa’s plan for St Catherine parish church of Żejtun. However, the main artistic highlight lies within the church’s interior with a mystical fresco painting over the choir vault depicting the death of St Joseph.

For a week and a half in July, the town celebrates the feast of St. Joseph. The feast of Msida is also famous for its traditional game il-Gostra.

Back in the Middle Ages, the Maltese Gostra game is believed to have derived from the Neapolitan game of the Cockaigne pole.

In many seaside towns across the Maltese Islands, a large wooden pole (between 10-16 metres long) would be erected over the sea. Back then, it was mounted on a coal barge and towed to the harbour. The large pole protruding over the sea would be heavily laden with animal fat and grease.

The aim of the game is to grab one of the three flags at the end of the pole.

These days, you can find il-Gostra in Msida and St Julian’s, in honour of St. Joseph and St. Julians, respectively. Brave men queue up to try and run along the pole to grab one of the coveted flags. This local tradition has garnered worldwide attention throughout the years, with the world’s media houses turning up in recent years.

In the late 19th century, a floating British navy hydraulic dock was planned at the central part of Msida, close to where the Torpedo Depot used to stand. The plan was aborted, but instead, this area would in later years experience a booming yacht marina service, which has been growing ever since.

Msida’s extensive and expansive Yacht Marina is busy all year round, and its regular occupants tend to patronize local coffee shops and restaurants located around the coastline.

Msida properties tend to be considered as the ideal investment for several reasons. First of all, the town is mid-way between Valletta and Sliema and mid-way between Valletta and Birkirkara. Major bus routes pass through Msida, making it convenient to commute to the far ends of the island. The hub of Msida is close to the Junior College and the University of Malta campus, thereby attracting students en masse. Many Gozitans and Foreigners either purchase or rent in Msida, so they maybe within walking distance to the University campus, making Msida an excellent area for rental investment.

Living and Property in Msida

Msida enjoys a capacious marina which attracts vast numbers of visitors per year. These bring the marine trade into perspective and entice locals to enjoy the lovely promenade afforded around the harbour area.

Deciding to reside in Msida may be convenient to minimize commuting time whether one work in Valletta or Sliema, is an academic, or a health professional training or working at Mater Dei. Deciding to invest in a Msida property can prove lucrative since students, lecturers, health workers, and marina workers tend to look to this town with interest. Students tend to favour apartment sharing, while foreign workers who travel to Malta with their families will look towards the Swatar area and Msida outskirts for quiet residential areas full of family homes.

Properties For Sale in Msida

Properties For Rent in Msida