Located in the south-eastern region of Malta, Floriana (or Il-Furjana as it is known in Maltese) is a suburb of the capital city of Valletta and is just a stone’s throw away. Floriana is a fortified town with a population of 2,205 (March 2014). The name Floriana derives from Pietro Paolo Floriani an Italian military engineer who designed the Floriana Lines. He was commissioned by Grandmaster de Paule in 1634 to build further fortifications as a defence against the Ottoman Turks.

Initially Floriana was a suburb of Valletta but then it developed into a town on its own. The town offers a rich history with a number of historic buildings, churches, gardens and monuments. Floriana is the birthplace of many famous Maltese people such as Robert Sammut (the composer of the national anthem), the former Bishop of Malta Dun Mauro Caruana, the poets Oliver Friggieri and Maria Grech Ganada as well as the writer and politician Herbert Ganado and lately, Swedish idol Eurovision winner Kevin Borg.

The church in Floriana is dedicated to St. Publius and he was the first bishop of Malta and the patron saint of the town.  While St. Paul was shipwrecked on the island of Malta, St. Publius received him there.  St. Publius is the first Maltese saint and the Maltese people are very devoted to him.

The fortified walls of Floriana extend from the city of Valletta to Portes des Bombes (Il-Bombi).  Floriana’s heritage and rich history is equivalent to the one of Valletta itself.  The most dominant landmark in Floriana is the Parish Church of St. Publius (1733-1792) who was the first bishop of Malta and who was martyred in Athens in AD125.  There are two other churches in Floriana: the Chapel of Sarria and the Friary of the Capuchin Fathers, both from the late 1500s.

Just in front of the church of St. Publius there is a huge square where the Granaries (Il-Fosos) lie.  This is the largest square on the island.  Underground lie deep bell-shaped excavations with round stone caps that serve as lids for the openings.  These were used to store grain.  Nowadays the square is used for mass meetings such as political meetings and music concerts.

Places of Interest in Floriana

Places of interest in Floriana are the Argotti Gardens which provide a quiet and relaxing shady spot in the city centre. These gardens form part of the Resource Centre and Botanic Gardens of the University of Malta and their development as a botanic garden dates back to the early 19th century.  Argotti is the Commonwealth’s third oldest botanical garden.  Additionally the gardens also serve as an open classroom for secondary and primary schools.

The decorative gate of Portes des Bombes meaning Bombs Gate forms part of the outer walls of Valletta.  This gate was originally called Porta Dei Cannoni and is an ornamental gate in Floriana.  It was originally built in 1721 as an advanced gate within the faussebrave of the Floriana Lines. It was created in the baroque style during the reign of Grandmaster Ramon Perellos y Roccaful and was enlarged with the construction of a second archway in 1868.   His coat of arms is carved at the top part of the gate.  The ramparts on either side of the gate have since been demolished, leaving the gate looking like a triumphal arch.  The gate is a local landmark in Floriana, It is situated in the middle of a four lane road where cars pass through on their way to and from the capital city every day.

Another important landmark is the Lion Fountain (Il-funtana lal-iljun).  This is also known as the Vilhena Fountain and is situated in St. Anne Square, Floriana.  It is a Baroque fountain which was installed in 1728 by Grand Master Antonio Manoel de Vilhena and later relocated a few metres away from its original location in the 1950s.

Other Places to Visit

The most successful football club in Malta throughout the 20th century, Floriana FC, is also housed there with big competition of Sliema Wanderers FC and Valletta FC which are both fierce rivals.  In 1964 Malta’s formal Independence Day ceremonies were held at the square on the Granaries where the Isle of MTV has held concerts there since 2007.  The Mall Gardens created by Grandmaster Lascaris Gastellian in 1656 is said to be the first playground in Malta and possibly the first playground in Europe.  The Mall is a promenade which is lined with trees and ponds.  The Mall houses a number of monuments commemorating important Maltese people among which is the Christ the King monument which is also in Floriana.  This is a creation of the famous sculptor Antonio Sciortino in honour of the 24th Eucharistic Congress which was held in Malta in 1913.  The Wignacourt Water Tower forms part of an aqueduct system which brought water from Rabat towards Valletta.  This fountain, which is still in good condition, commemorates the aqueduct.

The city of Floriana overlooks the magnificent Marsamxett Harbour.  From a high vantage point overlooking the gardens in Floriana, one can look out over the sea to Pieta’, Msida, Ta’ Xbiex, Gzira, Manoel Island and Sliema.  The view from there is breath taking and you can follow the sea craft entering and exiting the harbour through the year.

Floriana offers a wide variety of properties on real estate lists.  Many of the properties are typical local Maltese townhouses which although not new are still in a very good state of repair and these can be transformed into lovely family homes.  New penthouses and apartments have been built as the city grew, and some of these have fantastic views overlooking the harbour.  One of the many advantages of living in Floriana is that you are living just outside the capital city and yet you are away from all the hustle and bustle of Valletta.  Valletta is within walking distance and after a day out shopping or attending to business or work, the ideal place to come home to is Floriana where you can relax and stroll in the wonderful gardens whilst enjoying the beautiful views. 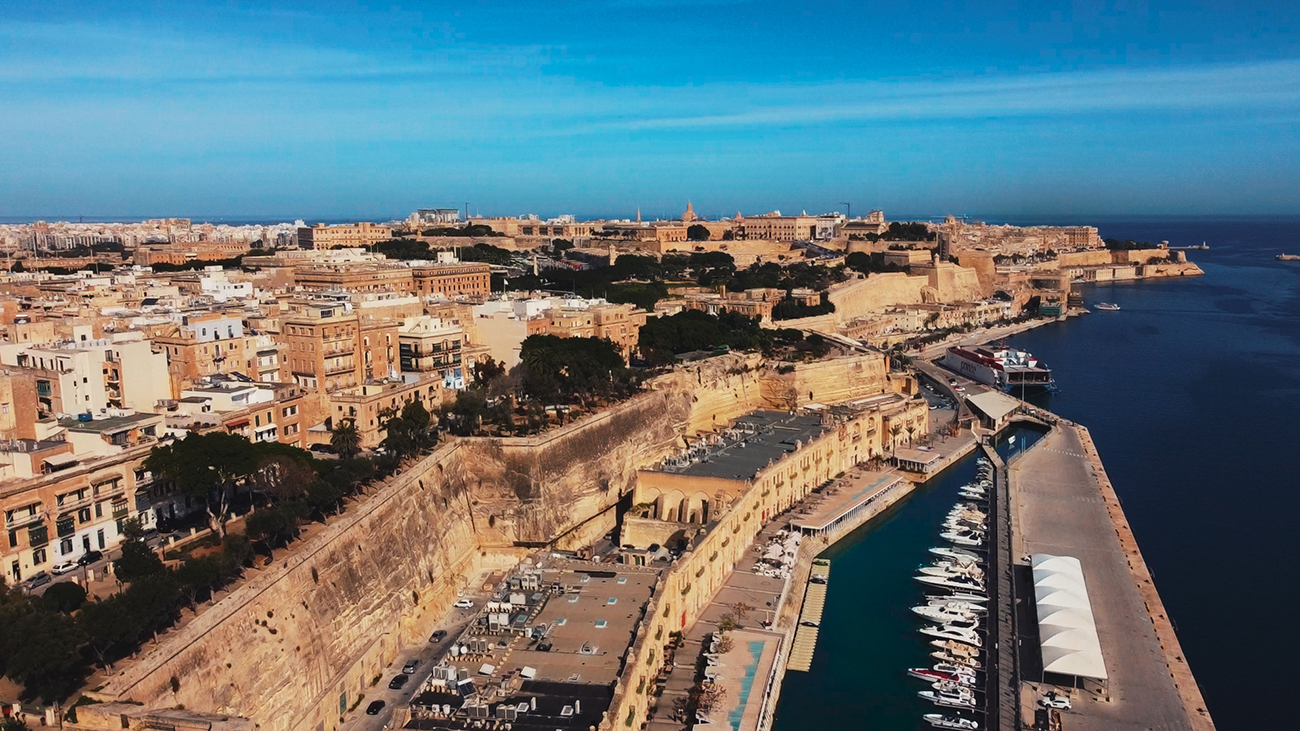 Properties For Sale in Floriana

Properties For Rent in Floriana