Zebbug, also known as Citta Rohan, is one of Malta's oldest village with around 13,000 inhabitants. Grandmaster Emmanuel de Rohan-Polduc gave Zebbug the title of Città Rohan in 1777. As was the custom in such events, the people of Zebbug built an archway known as De Rohan Arch at their hometown entrance by marking the incipiency of its status as a city. It was built in 1798. The gateway, also known by the locals as Il-Bieb il-Ġdid, still stands today. 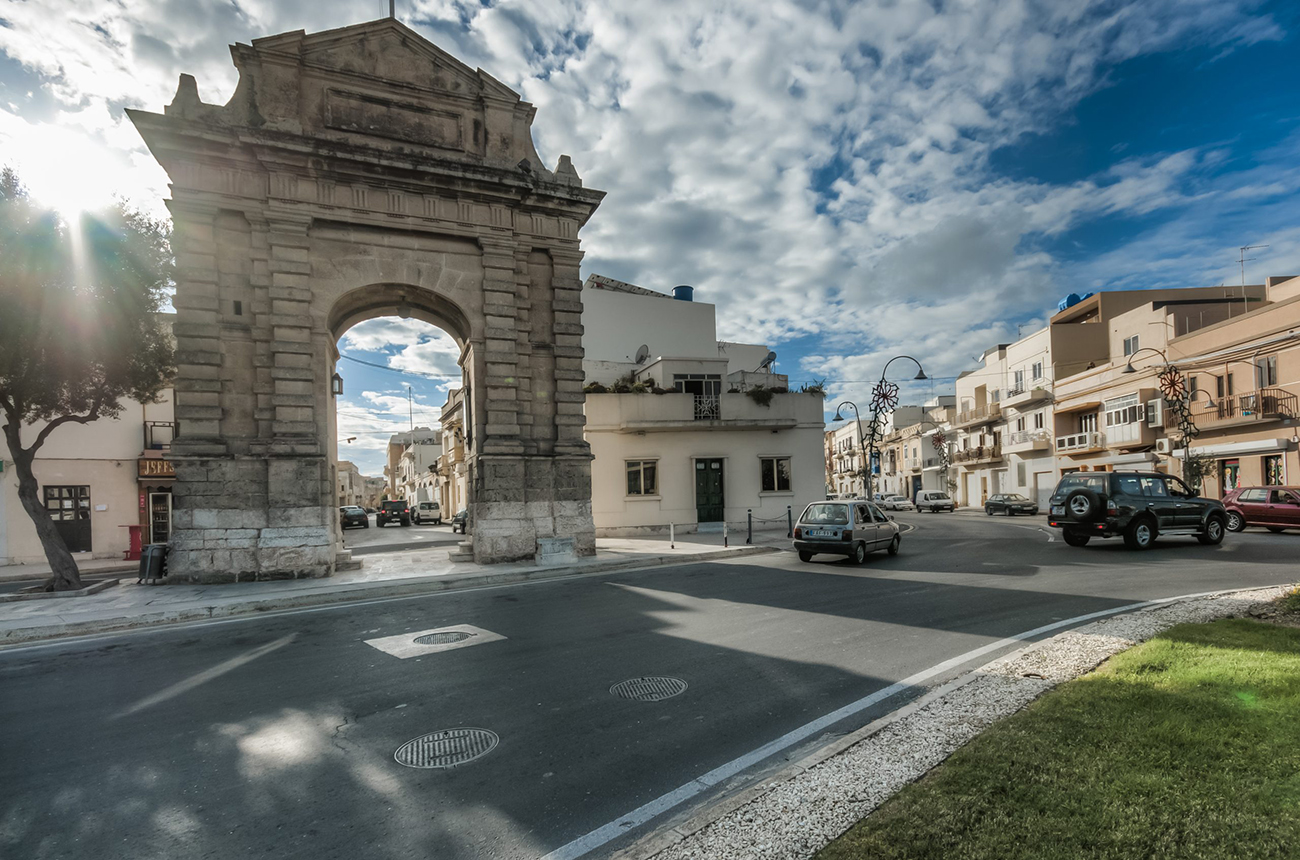 Found close to the centre of the island, Zebbug translates olives in Maltese, and so, the town gets its name from the large olive groves that used to stand around the current location where the Church now stands in the town centre, when the smaller hamlets of Ħal Dwin, Ħal Muxi, and Ħal Mula merged. The name of Zebbug has also been adopted to refer to a particular Maltese pre-history phase due to the rich archeological remains discovered in the area, including a unique type of pottery. Punic/Phoenician tombs and cart ruts were also found, all evidence of the importance of the Zebbug area by inhabitants of the islands throughout the ages.

When Malta was an independent principality under the sovereign Order of St. John, Zebbug was among the chief towns after Valletta and Mdina, first because of the presence of leading corsairs among its inhabitants, subsequently due to its prominent role in the cotton industry. The cotton that grew in the fields of Zebbug was of high quality. Cotton was always in demand as the Valletta Grand Harbour was constantly packed with foreign ships and vessels which used cotton for their mainsails. The locals are renowned for their business acumen amongst others. Due to the locals’ Francophile past, the town was regarded as a friendly community when the Revolutionary French took Malta. During their rule in Malta, the local churches were plundered for their riches to fund Napoleon’s campaign. The Zebbug locals opened the Church’s main door when they heard the French were coming and hastily hid the gold and silver religious iconography. When the French saw the Church’s open doors, they kept on going, and the locals retained their religious riches.

Zebbug is the locality where the French Ambassador to Malta lives in what used to be previously the Palazzo Manduca. The Grand Chancery of the Hospitaller Order of Saint Lazarus of Jerusalem is also situated here. The town’s motto was, and still is, “Semper virens” – translated from Latin to “ever green”.

The village is now renowned for its narrow roads built many years ago when they only needed to cater to horse-driven carts. Today, the streets struggle to cope with the new modes of transportation, such that the village imposes low speeds and an empty parking bay is difficult to find

Places of Interest in Zebbug

The parish Church is dedicated to Philip of Agira. The feast is celebrated on the 2nd Sunday of June, although the actual feast day falls on May 12th.

The present Church was built between 1599 and 1632 on Vittorio Cassar’s plans and enlarged by the architect Tommaso Dingli in 1660. The titular statue of St Philip of Agira is made entirely of silver. In 1860, the people of Zebbug started collecting money that would enable them to order the titular statue which they wanted. The collection was so great that it was decided to build a silver sculpture instead of the more usual wood. The statue was completed in 1864 by Luigi Fontana.

The church also includes several beautiful paintings. Luca Garnier painted the titular painting above the high altar. It depicts St Philip of Agira performing a miracle while holding a cross towards a possessed man brought before him. Francesco Zahra, an 18th-century artist of the Favray school, painted two murals. Other treasures include works of art by Guido Reni and Antonio Sciortino, who hailed from the village.

The De Rohan Arch is a commemorative arch in Zebbug built in the neoclassical style. The archway is flanked by rusticated Doric pilasters set on a plain pedestal. It is topped by a triangular pediment having moulded edges.

A Gothic designed niche, containing a portrait of the Ecce homo, is located within the arch. The niche, painted in red and white, is listed on National Inventory of the Maltese Islands’ Cultural Property.

The De Rohan Arch was included on the Antiquities List of 1925, and it is now scheduled as a Grade 1 national monument.

Zebbug is known for the feasts dedicated to the Patron Saints St. Philip of Agira and St. Joseph, a secondary feast. There are three band clubs in Zebbug, all of which have respective fireworks factories: De Rohan Band Club, St. Philip’s Band Club and the 12th May Band and Social Club. Zebbug is also well-known for having one of the nicest Good Friday pageants on the islands.

Most of the homes found in Zebbug are Houses of Character. Some of these go back to the times of the Knights of St John. The houses are built from Maltese material only, with some features making them distinct Houses of Character. Those which have survived in their original state show smaller windows on the lower floors, with larger windows on the remaining floors. This is because the families used to keep the rearing animals inside the home with them, though only on the ground floor. The family would have their living quarters from the first floor upwards.

As the cost of living increased, many of these houses were abandoned and neglected. Today, Houses of Character are in high demand but costly due to the low supply.

Properties For Sale in Zebbug

Properties For Rent in Zebbug