Zabbar is Malta's fourth largest town bordering with Xghajra and Kalkara to the north, the Cottonera Lines and Fgura to the west, with Marsaskala to the east and Zejtun to the south. Zabbar has the biggest community of all the neighbouring localities in the area. The westernmost region of this village, comprising of Il-Biccieni and Tal-Bajjada areas, is defined by high dwelling density and contains winding paths that characterize the village hub. The east is mainly rural, with further modern development consisting of modern maisonettes, terraced housing, and apartments. 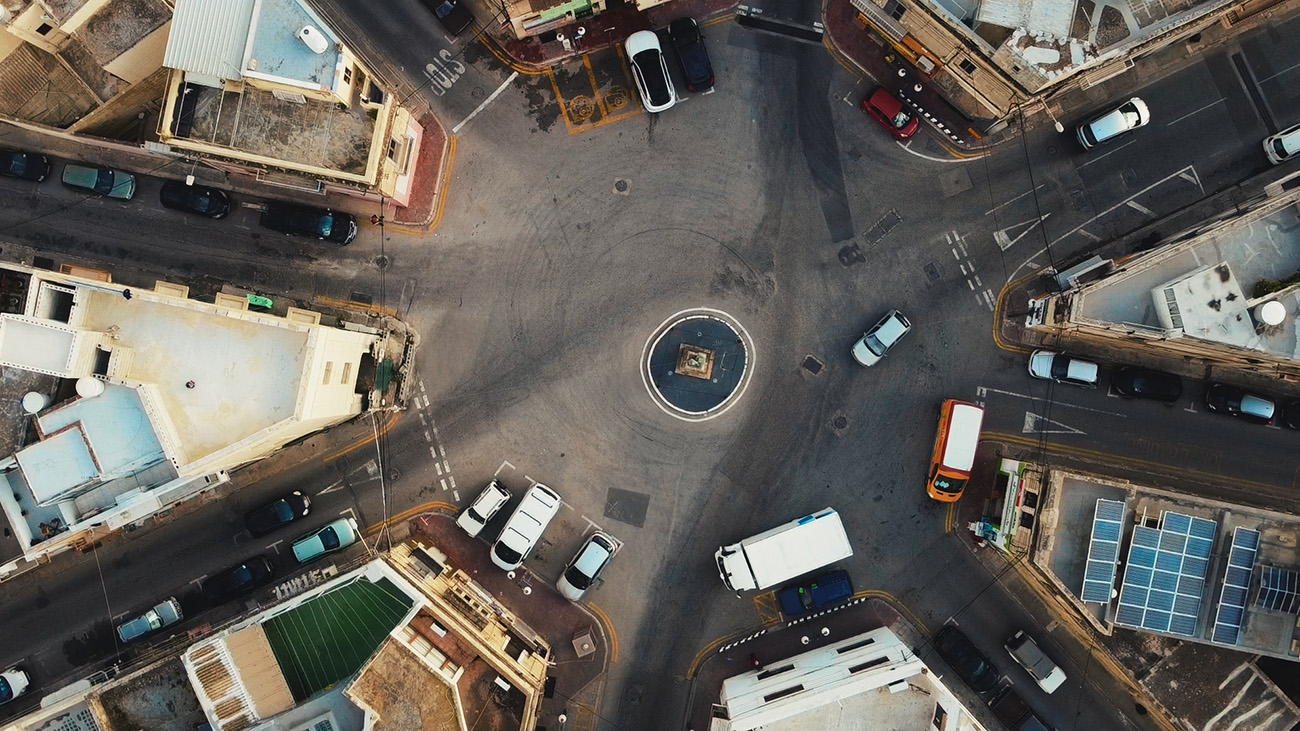 Zabbar is believed to be originated from the term tiżbor in Maltese, meaning pruning trees. Undoubtedly, several families specialising in pruning, żbir, have lived in this village’s vicinity during the Middle Ages. Zabbar was also the surname of an influential family that was understood to have lived in the neighborhood.

Some believe that Zabbar could be a corruption of Has-Sabbar (the consoler village) as pilgrims from around the island used to visit the town to pray to its patron, Our Lady of Graces, for consolation.

The Ottoman armies used this village as an encampment during the Great Siege of 1565. The last Grand Master of Malta, Ferdinand von Hompesch, granted Zabbar city status with the population building a triumphal arch in his name on the main entrance road from Paola to Fgura.

Several fortifications and batteries were constructed in the area – Fort Saint Rocco, Fort Saint Leonardo, Delle Grazie Battery, and Zonqor Battery during the British period. Fort Saint Rocco, built between 1873 and 1875, was later developed to fit three cannons. Similarly, Fort Saint Leonardo was expanded to accommodate four cannons. These two posts watched the adjacent seas. The two batteries also safeguarded the area, with the Rinella battery containing the famous 100 tonne Armstrong Gun and which has been painstakingly restored by Fondazzjoni Wirt Artna.

Places of Interest in Zabbar

The town is hugely devoted, especially to Our Lady of Grace, to whom the Sanctuary is dedicated. In the Sanctuary Museum, one can find a vast number of paintings and other artefacts. Most of them have ‘VFGA’ marked, which stands for Votum Fecit, Gratiam Accipit, in Latin, meaning that grace has been prayed for and it had been given due to intercession by the Madonna tal-Grazzja (Our Lady of Grace). The paintings are mostly about seafaring subjects and provide extensive detail on vessels of the Knights of Malta epoch. A painting attributed to Mattia Preti is located in the village’s museum. The Church of Our Lady of Graces construction commenced in 1641 and was completed in 1718.

Zabbar celebrates the village feast on the first Sunday after 8 September, highlighting a motorcycle and bicycle pilgrimage, starting from Mosta and Rabat. The reason behind this is because Our Lady of Grace is the patron of cyclists. Intense competition exists between the village’s two band clubs – Locally known as the Għaqda Madonna Tal-Grazzja Banda San Mikiel (wearing green and known as Tal-Bajda) and the Società Filarmonica Maria Mater Gratiæ (wearing blue and known as Tal-Baqra).

Ħadd in-Nies or People’s Sunday is observed on every first Sunday of Lent with an afternoon pilgrimage accompanied by the titular statue. It is led by the Archbishop of Malta, having a different starting location every year. The pilgrimage stops at the Our Lady of Grace Sanctuary, where a pontifical mass is celebrated. The Classical Music Concerts organised by the two local band clubs in the Notre Dame Hall is among the many celebrations held for this feast.

The Hompesch Gate is a commemorating arch in Zabbar built in 1801 to celebrate the status of the locality as a city, granted on 14 September 1797 by Grand Master Ferdinand von Hompesch. The Hompesch Gate, consists of a single arched opening set by two Doric pilasters pairs and is constructed in the neoclassical style.

Fort Leonardo, also known as Fort San Anard or Fort San Leonardo, is a polygonal fortification in Zabbar constructed between 1872 and 1878 by the British.  It was built between the villages of San Leonardo and Zonqor above the coast.

As recommended in Colonel Jervois’ Report of 1866 with the title “Memorandum with reference to the improvements to the defences of Malta and Gibraltar, rendered necessary by the introduction of Iron Plated Ships and powerful rifled guns,” Fort Leonardo was constructed as part of enhancements to Malta’s fortifications. Fort Tombrell was the initial name, but once construction started, the name changed to Fort Leonardo. Its design is intricate, with a smaller inner fort forming one angle within the bigger part of the defence bearing the gun emplacements.

Zonqor Battery was constructed in 1882, around a kilometre away from Fort Leonardo. The battery was defended by the gun crew and garrison assigned in Fort Leonardo. In the Second World War, Fort Leonardo was practiced for coastal defence. The fortification helped repulse an Italian E-boat attack in May 1942. The post continued to be in use by the British military till the 1970s.

A cattle farmer rented Fort Leonardo in 1973 for a sum of €93 per year and those were used as a farm till the beginning of the 2010s. A house was constructed inside the ditch and the ditch in-filled for access, though the post is still in repair. The coastal trenches are all in excellent reparation. A recent development, a reservoir adjacent to the fort’s shoreward side, reduces its original appearance. The passageway to the main entrance has been excavated for rubble and is considerably damaged.

Zabbar claims a long and rich history, exposed in the real estate possibilities it grants prospective buyers. A wide variety of properties are available in Zabbar, consisting of apartments, modern maisonettes, Penthouses, Terraced Houses, Villas, and Bungalows in the area. There is also a lot of potential for the restoration of houses of character which can be done at reasonable prices with the right property. It is recommended that you talk to someone specializing in this locality to assist you with any requirements you may have. Contact one of our offices and ask for a specialist in the area.

Properties For Sale in Zabbar

Properties For Rent in Zabbar