Located in the South Eastern Region of Malta, Xghajra is a small village which is located on the coast. It lies halfway between Valletta and Marsaskala. It has a population of 1732 (March 2014). Xghajra is a small seaside village on the outskirts of Haz-Zabbar. Ix-Xghajra means a small open space and it lies on the border of Haz-Zabbar and Kalkara. 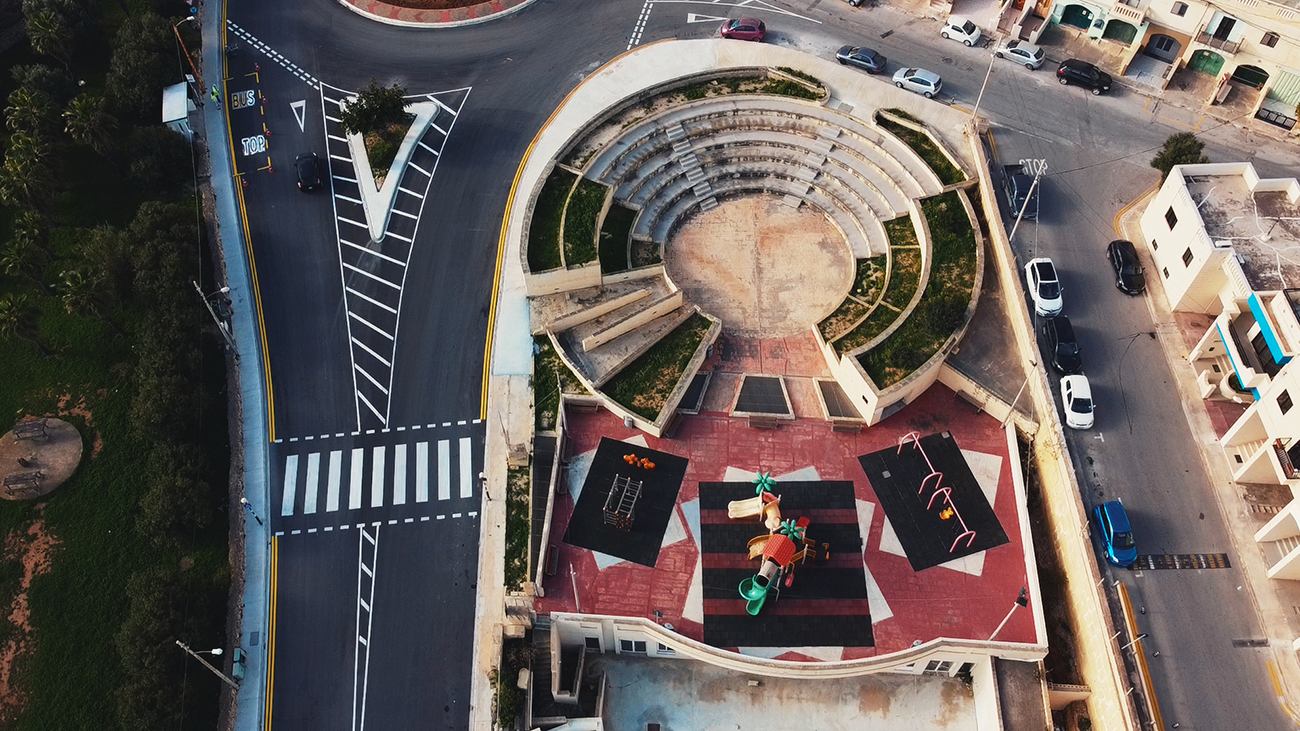 In 1620, Grand Master Wignacourt built the tower of Tal-Grazzja (Our Lady of Grace) which also used to be known as Blata-l-Bajda Tower.  Unfortunately, this tower was demolished by the Colonial Services to make place for a larger battery.  The Tal-Grazzja Battery still stands today.  Due to its unique characteristics which sets it apart from nearby towns, ix-Xghajra has now been recognised as a separate locality since the inception of Local Councils in Malta in 1993.

The inhabitants of this village are called Xghajrin. Due to its popularity as a seaside resort the population in summer increases to around 3000 people. Xghajra started off as being a summer retreat for the people in Zabbar. Then eventually it grew to be a village in its own right and now people live here all the year round. Many Zabbarin still have summer houses there.

The arms of ix-Xghajra represent the beginning of the time.  The town started after the English government in the beginning of Second World War built a battery there.  Previously the Council used arms with wheat ears, as xghajra is a Maltese word for grain.

What to do & See in Xghajra

Santa Maria delle Grazie Tower was built above the shore to the east of the Grand Harbour, close to the present day town of Xghajra.  It was located on or near the site of a medieval watch post.  The stone laying ceremony of the tower took place in April 1620.  It was actually built on land which belonged to Giorgio Mamo, who later built the Mamo Tower.

Santa Maria delle Grazie Tower only cost 4948 scudi to build.  This was less than the cost of the other towers because it was a smaller tower, however, it was the most heavily armed of the towers.  Even though it had no external battery like some of the other towers, some weapons were possibly deployed outside this tower.  As there are no known detailed plans, paintings or photographs of the tower, its exact shape is unknown.  We do know however, that it had four corner bastions and a flight of steps leading to the main entrance so we assume that its overall design was possible similar to the towers of St. Paul’s Bay, St. Lucian and St. Mary.  Although it was small than these other towers it had a chapel within which was dedicated to the Madonna delle Grazie.

During the French Blocade, in 1799, San Rocco Redoubt was built in the vicinity of the tower.  The reason for this was for the tower to provide cover in case British troops had to retreat from Malta.  To clear the line of fire of Delle Grazie Battery, in 1888, the tower was demolished by the British military and a new artillery battery was built named after the tower.

Unfortunately today no remains of the original tower have survived.  There is a street in Xghajra named after it – Triq it-Torri ta’ Alof de Wignacourt (Alof de Wignacourt Tower Street).  There is a representation of the tower featured on the flag and coat of arms of Xghajra.  As Santa Maria delle Grazie Tower’s design is unknown, the representation seems to be based on the St. Paul’s Bay Tower.

After the British Government built the Delle Grazie Battery, the people working there started living around the battery and thus a small hamlet was formed.  This small hamlet eventually evolved into a small town.  The battery is now being taken care of by Ix-Xghajra Council and is being restored to form the focal point of a public space to be named Battery Park.

Another war-time related place of interest is the Wartime gunpost in the Swali area where you can also enjoy a nice sea view.   You can also see the nun’s house (Dar is-Soru) and Saint Rocco Church which is the Parish Church of Xghajra dedicated to Saint Jacob and which was built in 1933.

Xghajra is the up and coming summer resort for locals living in the south of Malta.  It tends to be busy in summer when the population almost doubles as many people live in the neighbouring towns in winter and move down to the Xghajra seaside solely in summer.  However, there are also many people who live here all the year round. 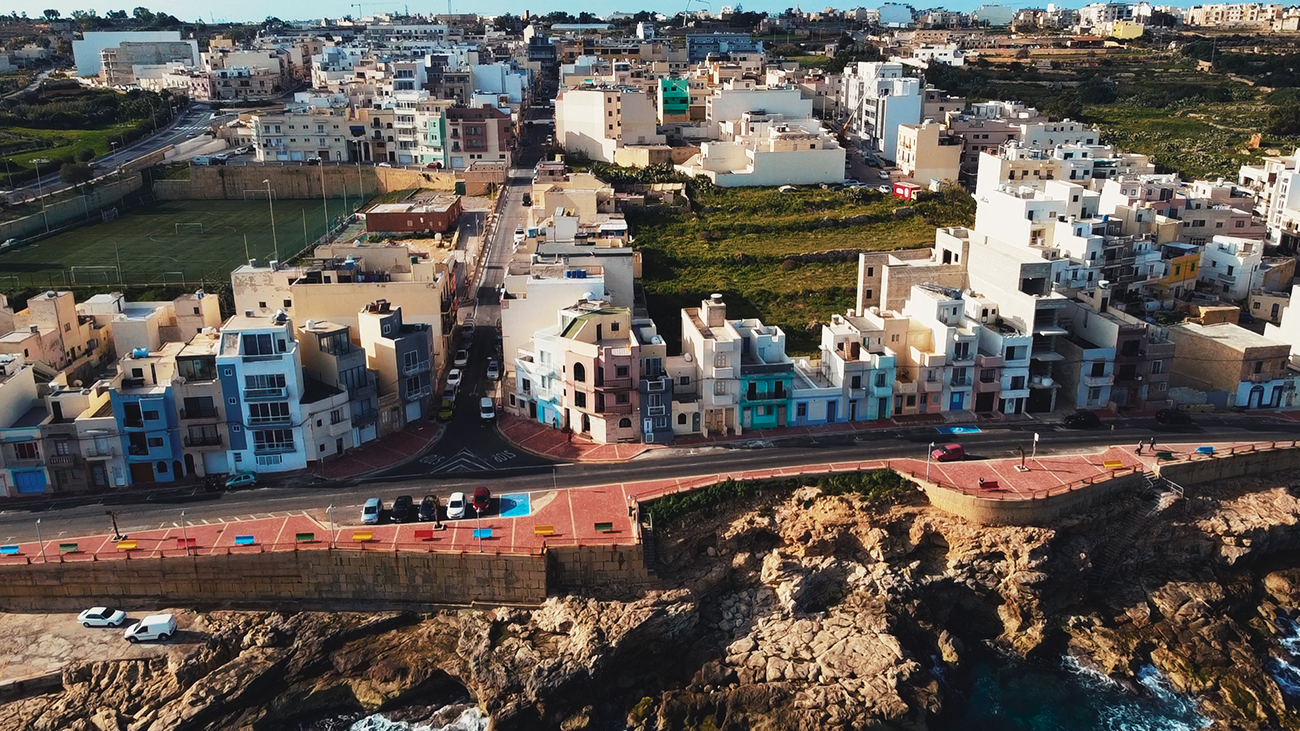 This seaside village tends to be very quiet in winter and busy in summer.  So if you fancy a quiet winter by the seaside, then Xghajra is the place for you.  Since it is a relatively new village most of the properties are modern maisonettes, apartments and townhouses.  There are also many boathouses too, some of which have been converted to larger homes with modern amenities.

Xghajra was an important defense up to World War II as it has no inlet therefore it remained a quiet summer resort especially for amateur fishermen in the past.  Now it is rather busy in summer however, it is still not overcrowded.  It has some lovely coastal and countryside walks which can be enjoyed in the area.  Xghajra is so tiny that the whole village can be explored in two hours.  It does not tend to attract many tourists as it is off the beaten track and has no specific tourist attractions.  However, it does some pretty local landmarks to explore. The locality is being enhanced by the Local Council as a Coastal zone incorporating both permanent and summer residences.

Properties For Sale in Xghajra

Properties For Rent in Xghajra