Located on the north-eastern coast of Malta, St. Paul's Bay is also known as San Pawl il-Bahar which Maltese name refers to the sea and to a Catholic saint so important within Malta's traditional and religious culture. The village is placed directly facing the tiny islands known as St Paul's Islands from which saint the town derives its namesake since tradition is linked to his shipwreck in the local waters. A typical fishing village, it has changed somewhat over the years, but still manages to strongly retain its traditional serene characteristics and fishing links. 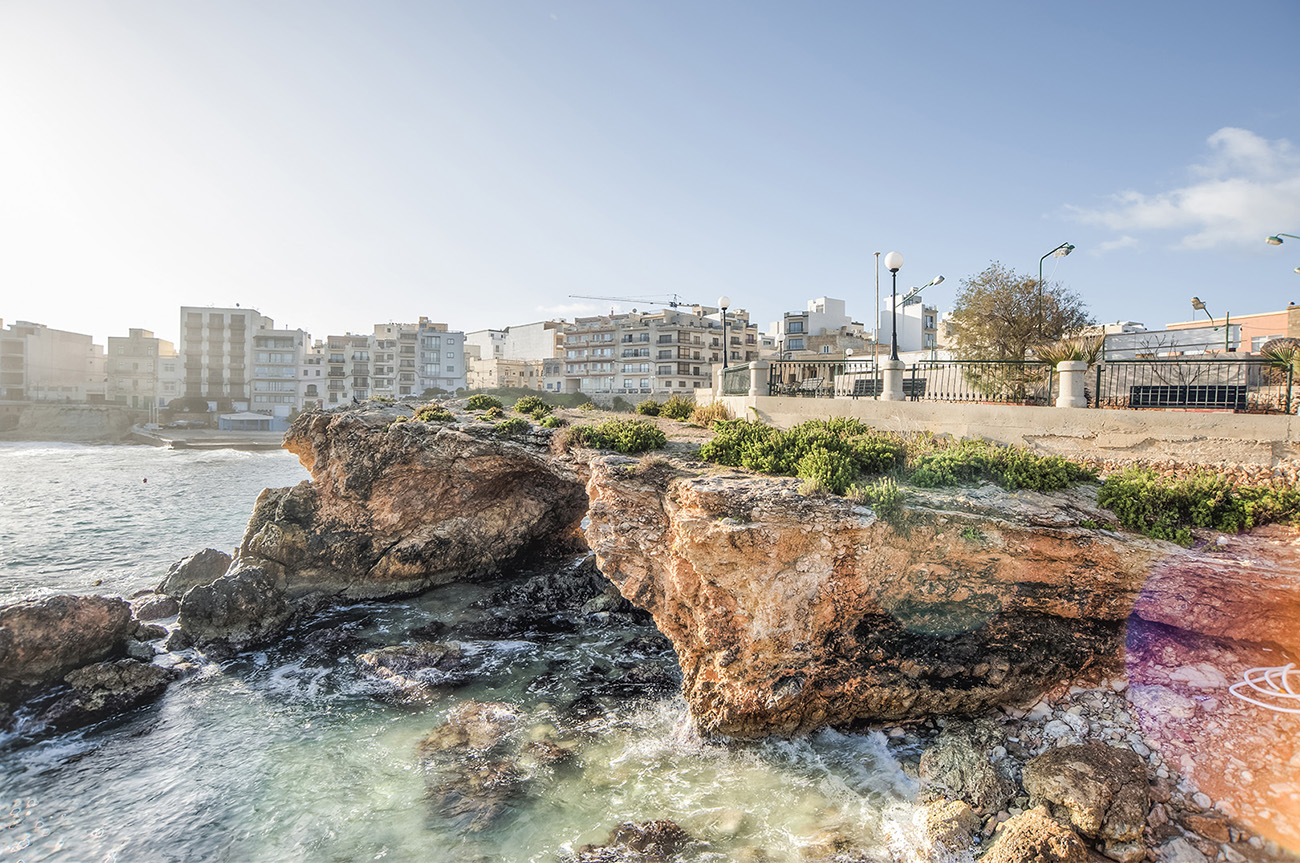 Archaeological remains dating back to 4000 BC were discovered in the limits of St. Paul’s Bay. The megalithic temples of Xemxija and Buġibba are evidence of this. Cart Ruts, other Bronze Age remains, and Punic tombs were also found. St. Paul’s Bay became a significant harbour, during the Roman time. Roman anchors were located in the bay while remains of baths, beehives, and a Roman road were discovered at Xemxija.

St. Paul’s Bay was deserted in the Middle Ages since it was dangerous due to corsair invasions. The local militia maintained various watch posts in the area. One of these lookouts, known as Ta’ Tabibu farmhouse, still stands. Today it is the oldest building in town.

During the Order of Saint John rule, several fortifications were built in the area. The Wignacourt Tower was the first, built in 1610, now the oldest surviving lookout in Malta, and the Qawra Tower was built in 1638 by Grand Master Lascaris.

A number of villas were built in St. Paul’s Bay in the 19th Century but these were requisitioned by the British military in the Second World War, and the bay became a base camp.

The area started to progress further after the war. Today, St. Paul’s Bay, Xemxija, Burmarrad, Qawra, and Bugibba form a large building cluster, with the area becoming a popular place for relaxation and fun.

What to See and Do in St Pauls Bay?

St Paul’s Bay is a very picturesque location with a small contained bay which homes varied small fishing vessels. Its origins as an inhabited location date back to neolithic times and apart from ancient cart-ruts, Punic tombs and Bronze age remains were discovered in this location. The Cart Ruts are especially intriguing to locals and researchers alive and can be see along the heritage trail close to St Paul’s Bay on the Wardija Ridge at Busewdien.

This town was highly important during Roman times and considered a safe harbour as proven by several ancient Roman anchors found on the seabed.

The Wignacourt Tower dates back to 1610 and was one of the first to be constructed that century as were the aqueducts in this location. Open to the public, it also serves as a museum providing a concise experience of Malta’s rich military-architectural heritage.

Qawra Tower, alias Ta’ Fra Ben Tower is one of the 17th Century towers located in various parts of the island. All harked back to the Knights of St John’s times and were built to observe the coastal borders and the sea beyond identifying possible attacking fleets. This remarkable tower was one of a chain of lookouts that also allowed communication from the island of Gozo to the city of Valletta. Nowadays, the outlook is converted into a restaurant with the battery serving as a swimming pool after extensive alterations.

Parish Church of Our Lady of Sorrows in St Pauls Bay

The Parish Church of Our Lady of Sorrows is the local church for the Catholic denomination with the local village feast being celebrated in July.

The Sirens ASC aquatic sports club and Waterpolo pitch provide a contained 33 x 25 metre pool which is utilised for waterpolo playing and swimming. This is currently being rebuilt to high standards.

The Malta Classic Car Collection Museum is located in one of the neighbouring towns, Qawra, with its attractive variety of classic cars dating back to the early years of automotive progress, also homes numerous vintages and antique paraphernalia such as jukeboxes, cameras, and gramophones.

As a self-contained village that was highly popular with the local seaside goers, St Paul’s Bay is well stocked with shops, apart from being just minutes away from the two newer and larger towns of Bugibba and Qawra. Bars and restaurants in this town tend to remain linked to traditional style fish cuisine with established restaurants including Portobello restaurant & pizzeria and Gillieru Fish restaurant as well as the newer Tarragon Restaurant.

The Empire Cinema Complex is a 2D and 3D cinema in the neighbouring town of Bugibba, showing major film releases daily, attracting large crowds. The complex is popular all year round, with a restaurant and cafeteria included. Being the only cinema located in Malta’s northern area, The Empire Cinema Complex is the most suitable venue for locals and foreigners in the neighbouring towns, including some of Malta’s most popular resorts.

The Sirens ASC Swimming School takes on children aged between five and sixteen who can train in swimming skills at the Sirens ASC aquatic sports club pitch.

Varied schools of English and an international boarding school are found in this village.

Xemxija and its bay are worthy of a visit. Whether you’re looking for a leisurely walk or a bite to eat, Xemxija offers some excellent restaurants and a wine bar with an outdoor patio and a panorama over the bay.

Having a considerable part of the island now developed, Malta lacks many nature reserves. One of these nature reserves, called is-Simar, can be found at Xemija.

St Paul’s Bay offers a hybrid variety of properties on real estate lists. Looking beyond the newer constructions, one can appreciate several pre and post war homes, as well as 1960s and 1970s townhouses that are still in a relatively good state of repair unless already well re-pristined to suit contemporary lifestyle. Living just minutes from the water’s edge with full view of the bay, St Paul’s Isles and the island of Gozo, is the optimum for anybody seeking choice locations in St Paul’s Bay. However further inland, lovely apartments are available which can be turned into lovely family homes or rental opportunities.