Located in the Southern Region of Malta, Qrendi is a small village with a population of 2752 people (March 2014). Although Qrendi shows signs of modernisation today, the village core with its authentic buildings and traditional features still stands today. Qrendi has boundaries with Mqabba, Siggiewi and Zurrieq. It even has two well-known Neolithic temples called Mnajdra and Hagar Qim with its boundaries. 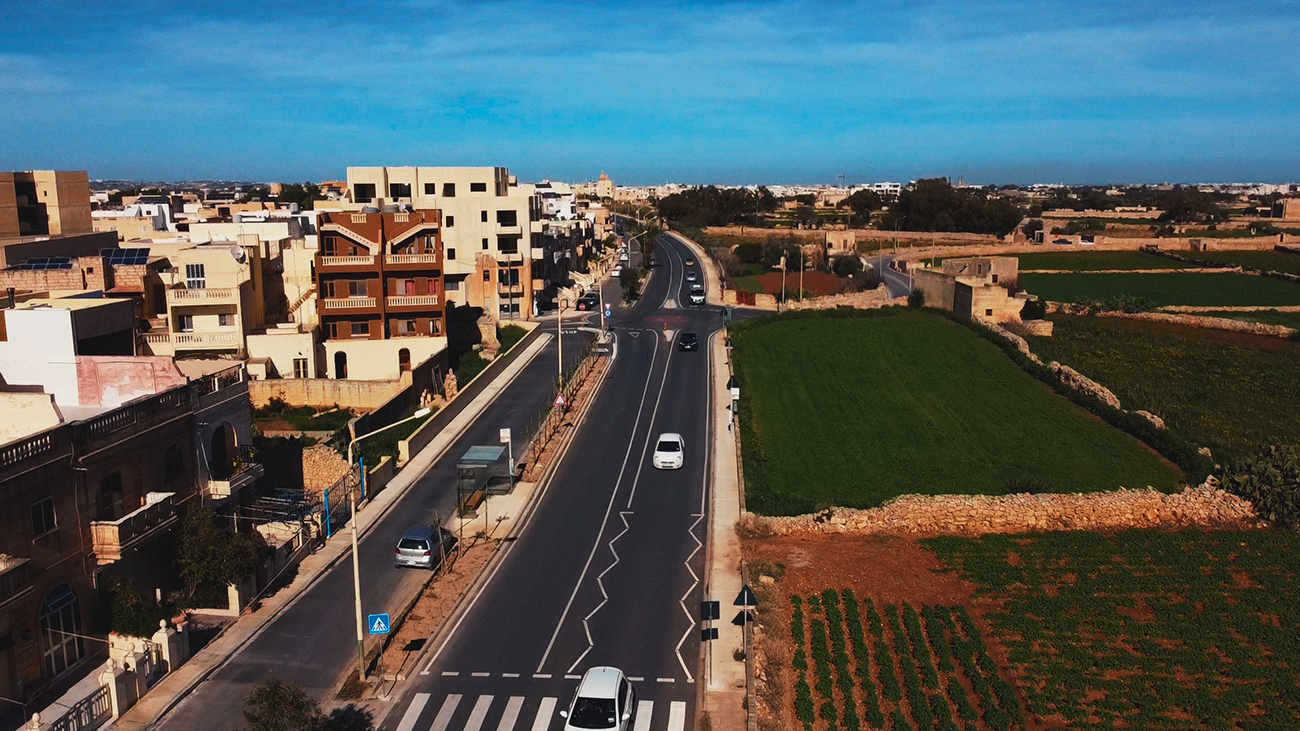 In around 3600 B.C. the temples of Hagar Qim and Mnajdra were built on the outskirts of Qrendi.  Fossilized remains of animals have also been found in the caves and coastal deposits in the environs of Qrendi within the Mahglaq Fault or Wied Tal-Maghlaq. The caves came to light in 1858.  Fossilized animal remains include hippopotami bones, dwarf elephants, giant dormice, weasels, bats, owls, birds and snails.  In 1417, Qrendi was a small village of 26 households.

What to See & Do in Qrendi?

Il-Maqluba is a large sinkhole or doline which is associated with local creation legends and which was formed suddenly in 1343.

Wied Maghlaq is a valley located about 2 km away from the village.

Wied  iz-Zurrieq – this valley has been cut in the lower coralline limestone and the result is a ragged and bare rocky landscape.  Wied iz-Zurrieq is a popular tourist area and can be accessed from the panoramic road that runs from the Blue Grotto to the temples of Hagar Qim.  At Wied iz-Zurrieq there is also the Blue Grotto where you can take a boat trip into the cave and experience the splendor of the clear blue water beneath.

Hagar Qim are a collection of Neolithic temples dating back to around 3000 B.C.  Due to the fact that huge boulders are place strategically in an orderly fashion despite their size and weight, many people think that this could be the work of giants.  The site is made up of a number of structures consisting of a central building, two smaller ones on the side and the remaining parts of a third building.  Large megaliths shape the outer wall and the temple has many other interesting features such as stone altars, the mystic oracle hole, two stumps of legs possibly of ‘Mother Goddess’ figures as well as a small clay figurine depicting a woman after having given birth termed as “The Venus of Malta”, and a small floral engraved stone altar.

500 metres away from Hagar Qim you come across the Mnajdra temples.  Mnajdra is constructed from coralline limestone quarried from the area and this gives the stones a bluish hue in contract to the yellowish stones of Hagar Qim.The Mnajdra temples are directly opposite the small island of Filfla.  These temples are made up of three separate buildings.  It is thought that these temples were built to follow the movements of the sun.  The Summer Solstice and the Winter Solstice as well as the two equinoxes enter into and hit the two major Mnajdra temples.  Hagaq Qim has its own alignment and this seems to be linked to the Summer Solstice.

The name Misqa means a watering place and these tanks are situated on top of the Maghlaq plateau.  There are eight bell shaped tanks in the temples area.

A Dolmen is a stone slab placed horizontally over two or more upright stones, serving as a capstone. Dolmens are one of the most common megalithic structures and this one was found in Misrah is-Sinjura.  They date back to around 2500-1500 B.C.

A small chapel once existed within the Qrendi countryside. This is now an enormous sinkhole known as the Maqluba doline.  There are seven other churches and chapels in the parish.  The Parish Church is dedicated to the Assumption of the Virgin Mary and was completed in 1679.  The Qrendi Parish Church has two sacristies.

Cavalier Tower was built in the 16th or 17th century by the Order of St. John.  This tower is octagonal in shape and is unique in the Maltese islands.

Sciuta Tower is one of the Lascaris Towers and was built in 1638.  The tower was used for military purposes until World War II and was later converted into a police station.  Plans are now being made to restore the tower.

Hamrija Tower was built in 1659 and is situated in the vicinity of the prehistoric temples of Hagar Qim and Mnajdra.

Qrendi is a relatively small quiet village and it has a lot to offer. Taking a walk around the village core and main square you will find that there are many typical Maltese houses of character to be appreciated. You will also find hidden niches and this is what gives the village its character and typical Maltese village feel. 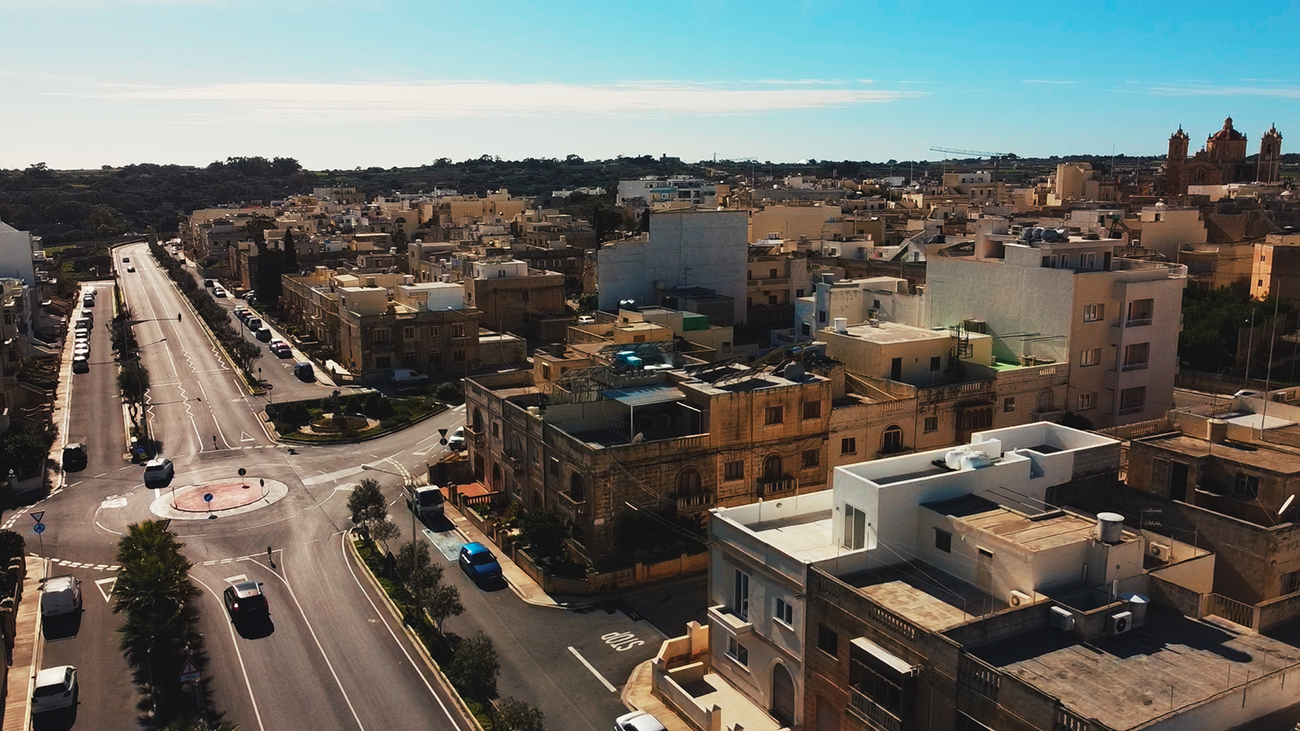 Apart from houses of character, there are also townhouses and maisonettes to be found in Qrendi.  Many of these still have the original beams, floor tiles and typical Maltese balconies.  On the modern side, you can also find apartments and penthouses further out from the village core.

If you are looking for an authentic village atmosphere, then Qrendi is the place for you.  It offers many diverse properties both in the village core and on the outskirts of the village.  You can take part in the two festas held annually by the villagers.  The Feast of Our Lady of Lourdes is celebrated either on the last Sunday of June or on the first Sunday of July and the Feast of the Ascension of Our Lady is held on the 15th August and is popularly known as the Feast of Santa Maria.

Properties For Sale in Qrendi

Properties For Rent in Qrendi