The town is relatively young and does not embrace the long cultural stories characteristic of many other cities and villages in Malta. However, Madliena is still considered to be a gem of natural beauty. The town of Madliena owes its origin to the Chapel of St. Mary Magdalene, which was built in the 15th century. 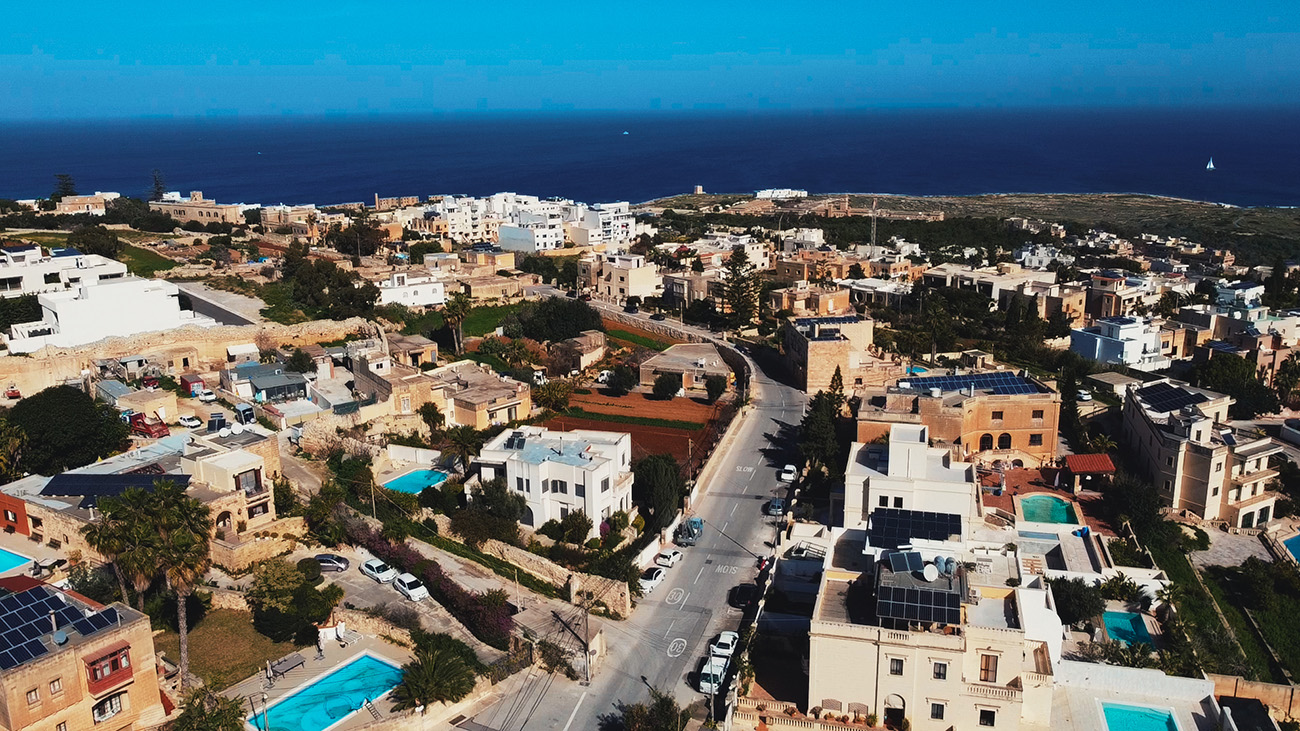 Madliena, once forming part of the neighbouring town of Gharghur, is an area in Swieqi. A chapel dedicated to St. Mary Magdalene, built in 1490, was where Madliena took its name. In Ancient times Madliena was known as Ħal Samudi. The chapel was used as a lookout by Maltese rebels throughout the French blockade of 1798–1800. The British military demolished it in 1880 to build Fort Madalena, one of the Victoria Lines’ forts. A new chapel was built nearby to replace the one destroyed. Madliena was a rural area home to numerous farms until the 1960s. Nowadays, it is a residential area, and it hosts many villas, bungalows, luxury apartments, and maisonettes. The Madliena Tower, a 17th Century lookout, is located on the coastline close to Madliena, and it falls within the limits of Pembroke.

Historical sites located in Madliena include the Victoria Lines, Madliena Fort and The Batteria San Giovanni. Also, lying to the north-eastern side of the Victoria Lines is Fort Madliena, which was built by the British in the 1880s.
Madliena is mainly a villa residential area where you will find detached villas, semi-detached villas, and bungalows; however, one will also find luxury apartment developments and maisonettes available in the area. Some of the views from these properties are excellent and go as far as St. Pauls Bay. The area is also very close to the International School of Verdala, a five-minute drive down to Pembroke. Our agents can guide on the best buys in this area.

What to Do and See in Madliena?

Formerly known as the Northwest Front and seldom unofficially identified as the Great Wall of Malta, the Victoria Lines are a line of walls that crosses 12 kilometers along Malta’s width, separating the north of the island from the more densely populated south.

The Victoria Lines run along a natural geographical wall known as the Great Fault. From Madliena, through the boundaries of Mosta in the core of the island. And to Binġemma and the limits of Rabat. The elaborate network of successive walls, best known as the Victoria Lines, was a unique military architecture monument.

Mystique is an old building that lies in the locality of Madliena. The Marquis Scicluna built it in the 1960s. Primarily it was used as a residence later transformed into a nightclub known to have been one of the most popular nightclubs of its era.

It was designed and constructed in the Marquis’s architecture style and built from stones of Maltese buildings destroyed during the Second World War.

The building is recognized for its remarkably creative and incredible architecture. It has a unique style and includes a number of features, such as glass mosaics that adorn the building’s walls. One may also observe some old furniture and other accessories.This building was not included as a preserved building and is currently in abandonment. Due to its unique design, several architects have urged the need for its preservation.

Interestingly, current plans have been made to reconstruct the place into a hotel boutique. Although this could be a relatively good proposal, it can also have adverse effects.

The prestigious town of Madliena is endowed with magnificent views of the northern bays of the island. It is situated at a high elevation and close to the tourist village of St Paul’s Bay and its beaches while at the same time it is only minutes away from the heart of entertainment and shopping in St. Julians.

Live in Mediterranean luxury in Malta, in a specially created hilltop village, with glorious views of a country valley and the resplendent sea beyond. Madliena Village offers you the chance to live a good life with all this and more. It is just a short walk away from the ancient medieval village of Gharghur. The sea and its bracing breezes are within breathing distance, and the nearest swimming-spots are five minutes away by car.

Madliena Village is a gated development of individual homes, designed with traditional balconies and terraces that accommodate the spectacular views, full garaging, and pedestrian pathways. There are complete security and administrative services and a large open-air swimming-pool that looks out over the valley.

The area is peaceful and tranquil, with silent nights and calm days, yet only a few minutes’ drive away from the busy shopping and entertainment centres – giving you the best of both worlds.

Madliena is well known for its luxurious, spacious and beautiful homes. The town is extremely silent and full of villas with a few apartments in certain parts of Madliena. The property value is one of the most expensive in Malta and Gozo. Buying property in Madliena is a great investment, not many people get the chance to live in Madliena. The real estate market demand for such villas has increased with such limited space around the Maltese islands. 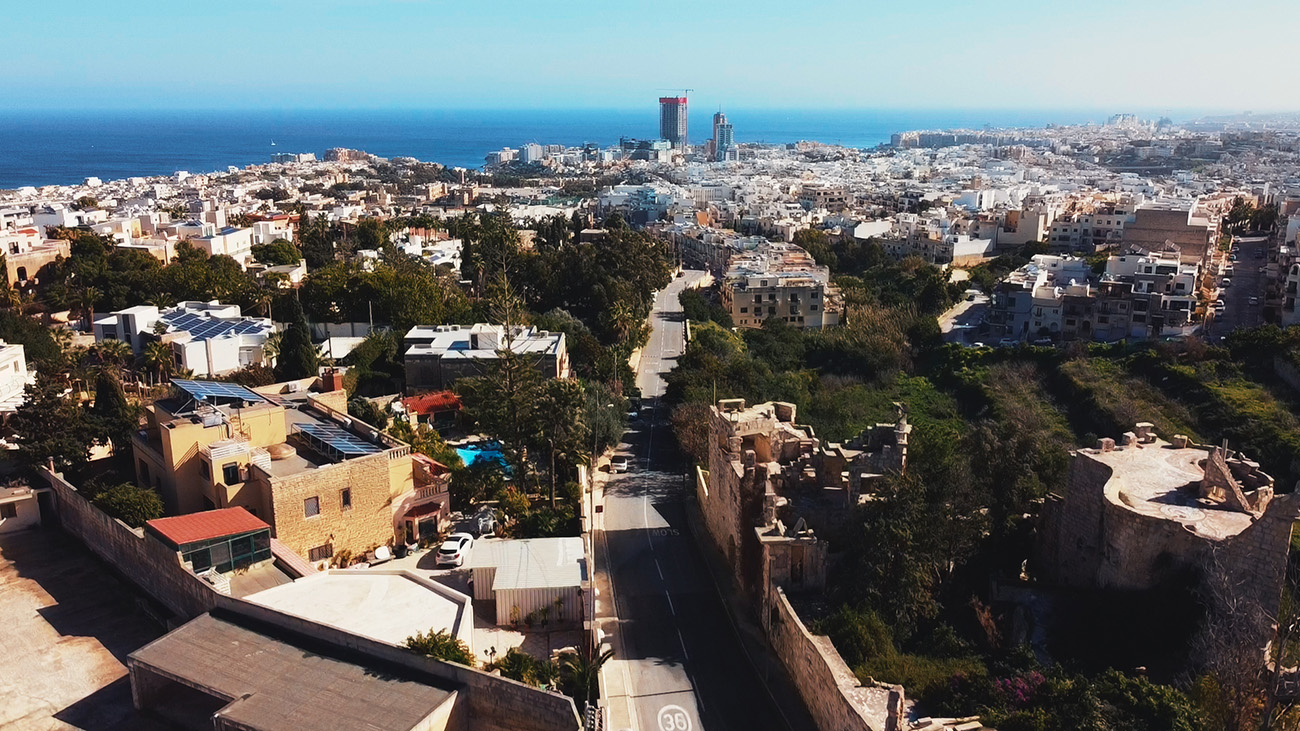 Properties For Sale in Madliena

Properties For Rent in Madliena