Located on the southern region of Malta, Kirkop is one of Malta’s smallest villages. It borders Safi, Luqa, Mqabba and Zurrieq, close to Malta International Airport. The village of Kirkop is an old village as it has been inhabited by the Phoenicians since pre-history. The parish church is dedicated to St. Leonard and the village football team is the Kirkop United Football Club. The village has a population of 2,191(March 2014). 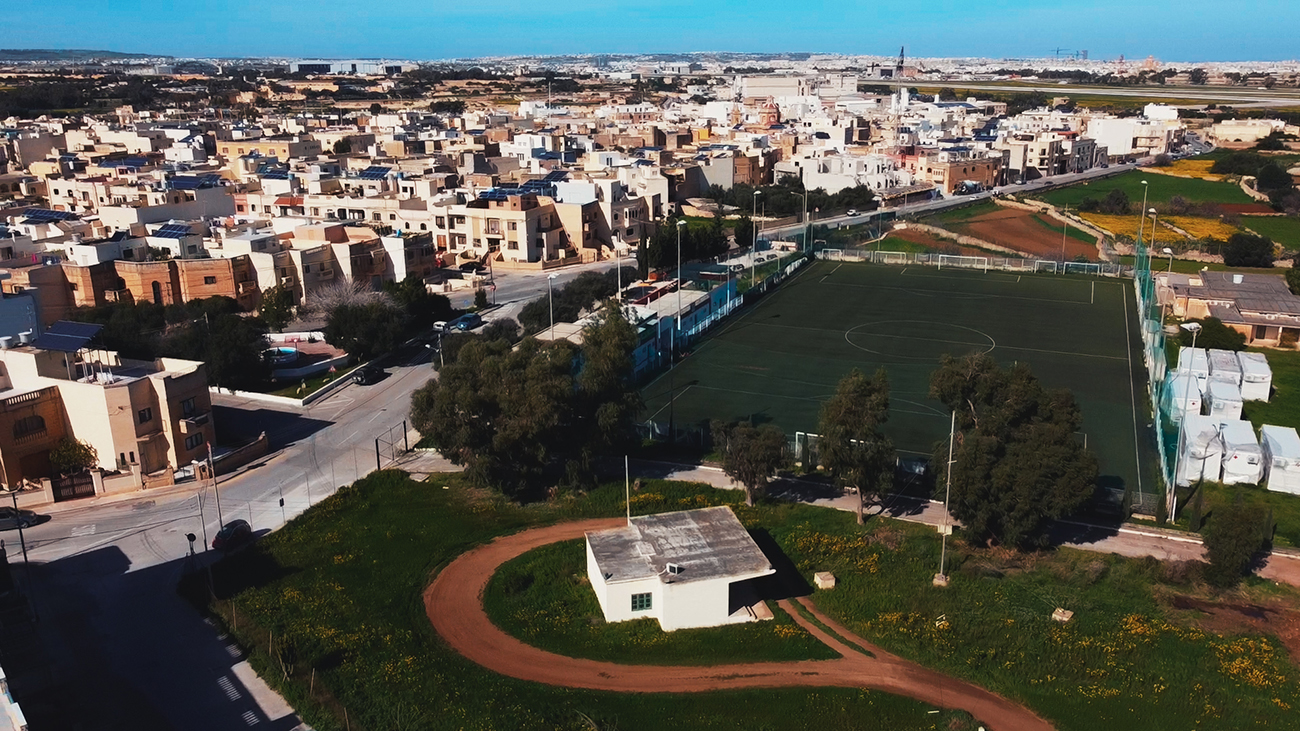 The original name of the village of Kirkop was Casal Prokopju. Throughout generations, the local population has corrupted the name to Kirkop. Kirkop is a family name or rather a nickname but scholars do not support this theory and it is believed that the name has Sicilian origins. Kirkop is one of the older settlements on the island of Malta.

The symbol of the village is the Menhir monolith which can be found on entering the village. There are also a number of Paleo-Christian Catacombs which were found in 1962. They are situated in Triq iz-Zebbiegh. Several human bones and pottery were found here however, they are in a derelict state. This site is soon to be restored.

Kirkop previously belonged to part of a larger community called Bir Miftuh (now known as Gudja) in the Middle Ages until the Early Modern Period.  It became a parish in its own right in 1592. Punic remains of catacombs can be found around the village of Kirkop, some of them remained unexplored and some of the explorations have been shelved.

In 1969, Anthropologist Jeremy Boissevain publish a research on the social aspect of the village in his book Hal-Farrug.  Jerremy Boissevain claims that the ancient civilizations of Kirkop have the same bloodline and the ancient Phoenicians who occupied the islands around 700BC.

What to See and Do in Kirkop?

Although the main parish church in Kirkop locality is dedicated to St. Leonard whose feast is celebrated on the 3rd. Sunday of September, there is a secondary feast in the village celebrated in honour of St. Joseph on the 2nd Sunday of July.  Therefore it only stands to reason that that there are two band clubs – St. Leonard’s Band Club (L-Ghaqda Muzikali San Leonardu) and St. Joseph Band Club (Socjeta Muzikali San Guzepp Hal Kirkop).  They stand practically next to each other.  Although there is great rivalry between the supporters of both clubs, the village is one of the quietest in Malta.

A military cross on a column (Is-Salib tad-Dejma) is located in Kirkop village square and dates back from the Middle Ages prior to the arrival of the Knights of Malta.  In that period, the Dejma consisted of all men aged between 18 and 60, who were duty-bound to part-take in defence actions to protect the Maltese coast from pirate attacks and the islanders from being taken away for slavery.  There are also a number of niches scattered around the village as well as two WWII shelters below street level.

On entering Kirkop locality one comes across the Menhir which is a monolith erected in pre-history.  Its purpose is still a mystery, many believing that it was a meeting place for the people of those days of pre-history.

The cemetery is located on the outskirts of Kirkop in St. Nicholas Street.  This is the burial ground for several people who died of the Great Plague in 1592. In future a burial list is expected to be compiled in this section.

St. James Chapel does not exist anymore.  There exists however a chapel which is very similar in Mqabba.  Their entrances are very similar and this chapel is called the Chapel of Hal Millieri.  The arched entrance is in a derelict state and is being considered for restoration together with the catacombs.

Living in Kirkop is a bonus as it is a very quiet and safe environment.  Another aspect of owning property in Kirkop would be to buy and apartment and rent it out to people who are visiting Malta or who need to rent it for a short stay. As Kirkop is so close to the airport, this would be very convenient for them and a good investment for you.

If you love typical Maltese villages where you can see proof of past architecture and people who have lived there in the past, then Kirkop would certainly be the ideal place for you.

It is a village where the locals will welcome you and you can admire the village core and the churches as well as join in the two festas (village feasts) in the summer where you can see beautiful fireworks displays that light up the dark, inky, Maltese summer skies. Read more about the different regions in Malta.

Like other localities containing a few residents, Hal Kirkop is a very small quiet village and it has a lot of Malta real estate to offer. Taking a walk around the village core you will find that there are many old buildings and niches to be appreciated. This is what gives the village its character and its typical Maltese village feel and look. Living in Kirkop has many advantages including living in a quiet typical Maltese village, living close to the airport as well as living in an old historical village.

You will find a variety of properties for sale or rent in Kirkop. These include typical townhouses and maisonettes still having original features such a Maltese balconies and typical Maltese tiled floors.

You will also find luxury houses of character, some of which have their own swimming pools and lovely surrounding gardens. On the modern side, you can find apartments and penthouses built to the latest modern specifications. Learn more about the types of properties for sale in Malta. 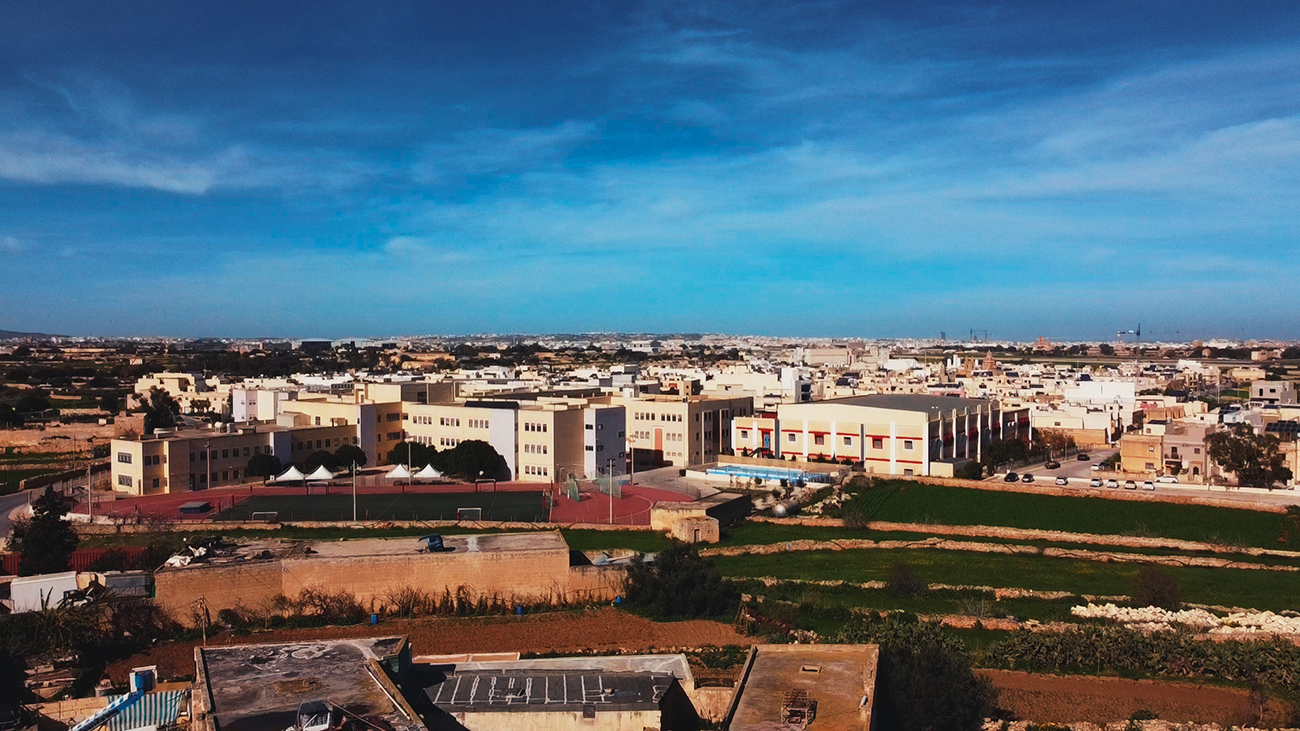 Properties For Sale in Kirkop

Properties For Rent in Kirkop