Located in the Southern Region of Malta, Hamrun is a town with a population of 9,244 as of March 2014. It stands as one of the most genuine villages in Malta and it has slowly turned into one of the most ethnically rich areas on the island. The name Hamrun derives from the word hamrija meaning soil as it was red – hamra in Maltese. However, it is also said that the name Hamrun derives from the name of a family who used to live in Triq Irjali San Guzepp. 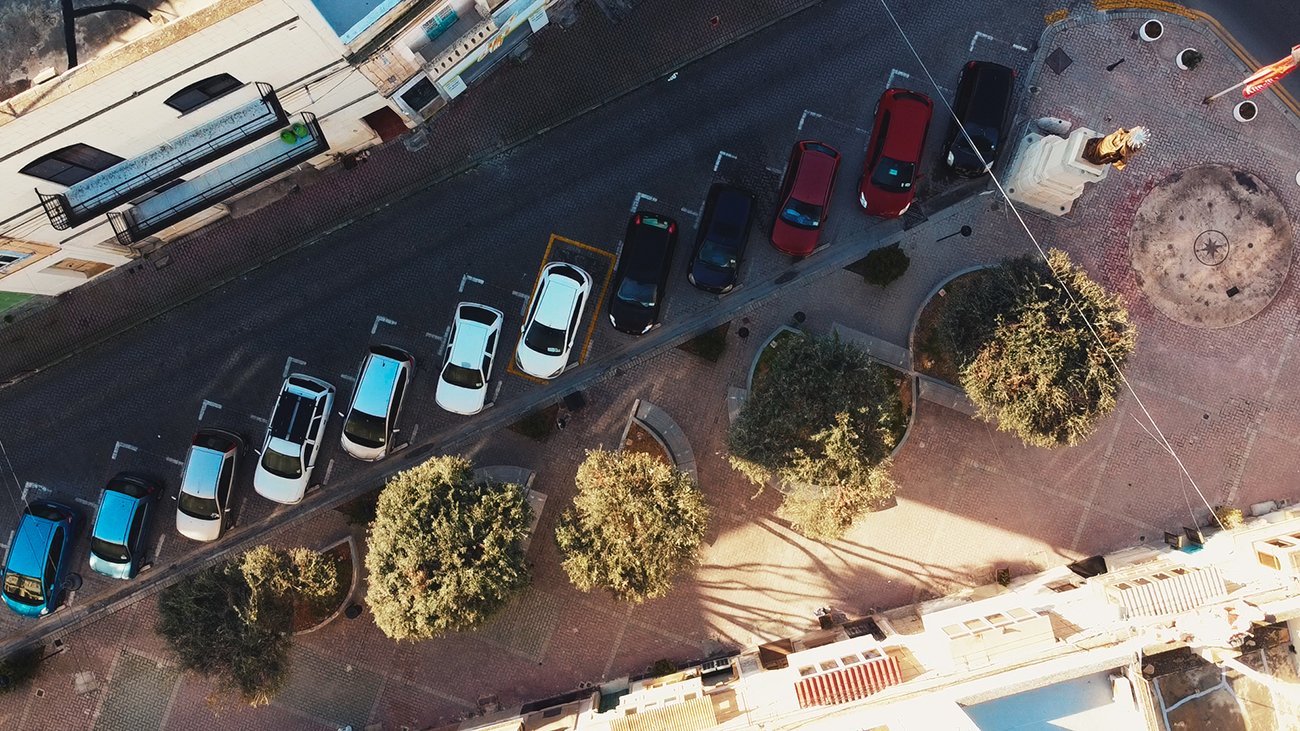 Hamrun lies close to the capital city of Valletta and the Grand Harbour of Malta. It is built on a plateau that gently rises in the area of Tas-Samra. Most of the roads in Hamrun are mainly straight apart from a number of narrow streets which surround the police station. Hamrun was and still is one of the main shopping towns in Malta. It is a central town with a busy commercial centre. Along St. Joseph High Road there are plenty of shops, offices and showrooms lining this busy street. This long road has become a commercial hub in the region.

The villagers are divded into two groups: those called ‘Tas-Sikkina’ meaning those who carry a knife and those ‘Ta’ Werwer’ literally meaning those who scare or the scary ones.  Hamrun is located in a densely populated part of the island and since it is built on a plain, it does not possess the winding road characteristics of the older Maltese villages.

Of one Hamrun’s treasures is the Church of the Lady of the Miraculous Medal.  San Gorg Preca (1880-1962) is buried in a crypt there.  Dun Gorg, as he is locally known, is the Founder of the Society of Christian Doctrine and he has lived most of his life in Hamrun.  He was beautified in 2001 and later on in 2007 recognised as a saint due to his works and life as well as the graces and miracles granted to those faithful to him.

In Hamrun most of the boys there are named either Gaetan or Gejtu.  This is due to the villagers’ strong allegiance to the Patron Saint of the First Hamrun Parish Church which stands on the High Street and was built in the Neo-Gothic style in 1875.

What to See and Do in Hamrun?

Hamrun is quite unique in that is has three Patron Saints: San Gejtanu (St. Gaetan), il-Kuncizzjoni (the Immaculate Conception) and San Guzepp (St. Joseph),  There are three respective band clubs and two Titular feast days celebrated in this town.  The feast of St. Gaetano is celebrated annually on the first Sunday after August 7th.  There is great rivalry between the two band clubs of St. Gaetano known as Tat-Tamal and St. Joseph known as Tal-Miskina.  Both bands hold their own marches on the day of the feast.  These go on from early morning to late afternoon and supporters wear colours associated with their particular club, either red or blue, and dance to the brass band which winds itself along the main roads of Hamrun.  In the evening the band clubs play on a band stand adjacent to the Parish Church as a procession departs from the church and makes its way around the village.  The festa ends when the villagers who are carrying the statue of St. Gaetano run up the steps of the Parish Church.  A spectacular fireworks display then breaks out accompanied by loud cheers from the onlookers.

St. Gaetano Parish Church is dedicated to St. Gaetano.  It was built in the second half of the 19th century in a Neo-Gothic style designed by George Schinas.  The titular painting was done by Pietro Gagliardi in Rome, while the statue is the work of the famous Maltese sculptor Charles Darmanin and was completed in 1885.  Gaetano dei Conti di Thiene (6 October 1480 – 7 August 1547) who was known as St. Cajetan was an Italian Catholic priest and religious reformer, co-founder of the Theatines.  He is recognied as a saint in the Catholic Church and his feast day is 7 August.

The city of Floriana overlooks the magnificent Marsamxett Harbour.  From a high vantage point overlooking the gardens in Floriana, one can look out over the sea to Pieta’, Msida, Ta’ Xbiex, Gzira, Manoel Island and Sliema.  The view from there is breath taking and you can follow the sea craft entering and exiting the harbour through the year.

It is very easy to get comfortable and make yourself at home in the town of Hamrun.  It is not a pretentious town and its inhabtants are warm, friendly people who are easy to befriend.  Although there are no real attractions to see there, the main attractions are the houses/apartments there and the people themselves.  Hamrun offers a wide variety of properties from the typical Maltese townhouses to the newly built apartments.  Since Hamrun is locally situated in the centre of the island it is easy to reach other parts of Malta.  Valletta and Sliema are easily accessible and there is excellent public transport from Hamrun to anywhere on the Maltese Islands. 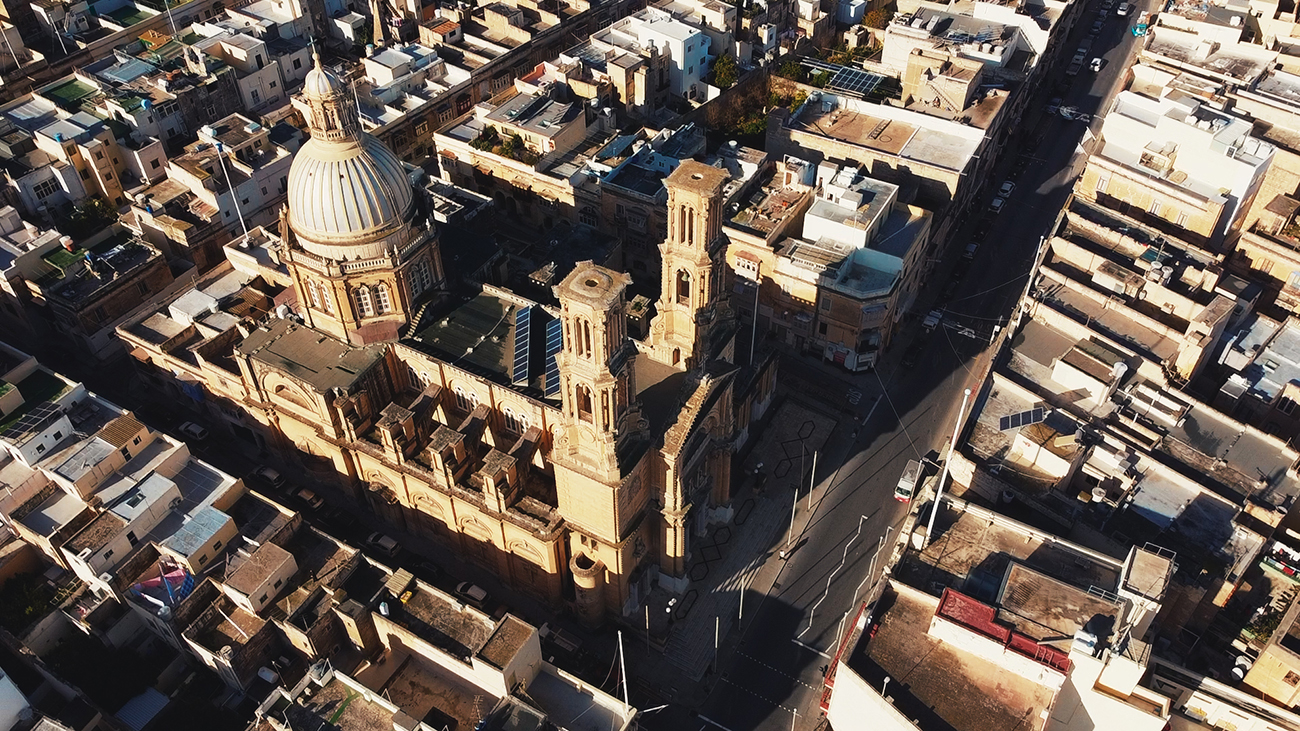 Throughout the ages, the town of Hamrun has grown from a village to a town which contains many shops, shopping centres, businesses as well as schools and lovely churches.  Living in a town such as Hamrun will ensconce you right into the hub of the Maltese way of living – still with its traditions and cultures and unrushed way of life.  Whether you are interested in a large old traditional Maltese house or else prefer a modern apartment or penthouse, Hamrun is the ideal place for somebody who is really interested in blending in.  Some of the properties on the outskirts of the town have fantastic views reaching as far as the old capital city of Mdina in all its grandeur.  Hamrun is bordered by Gwardamangia, Pieta’, Floriana and Valletta on one side and B’Kara, Mosta and Rabat on the other side.  An added advantage of buying a property in Hamrun is that the prices there are reasonable and affordable unlike some other towns where the prices of property has risen drastically.

Properties For Sale in Hamrun

Properties For Rent in Hamrun