With circa 2,900 inhabitants and covering an area of circa 2km², Gharghur is easily one of Malta's smallest and old villages with ancient documents like the Militia list and the earliest parish records, calling it Casali Grigori, Casal Gregorio, Casal Gargur. It appears as San Gregorio, or Gregorio, or Galgour in particular maps of those times. In recent times, a disagreement has emerged over this village's actual name - whether it should be named Gargur or Hal Gharghur. 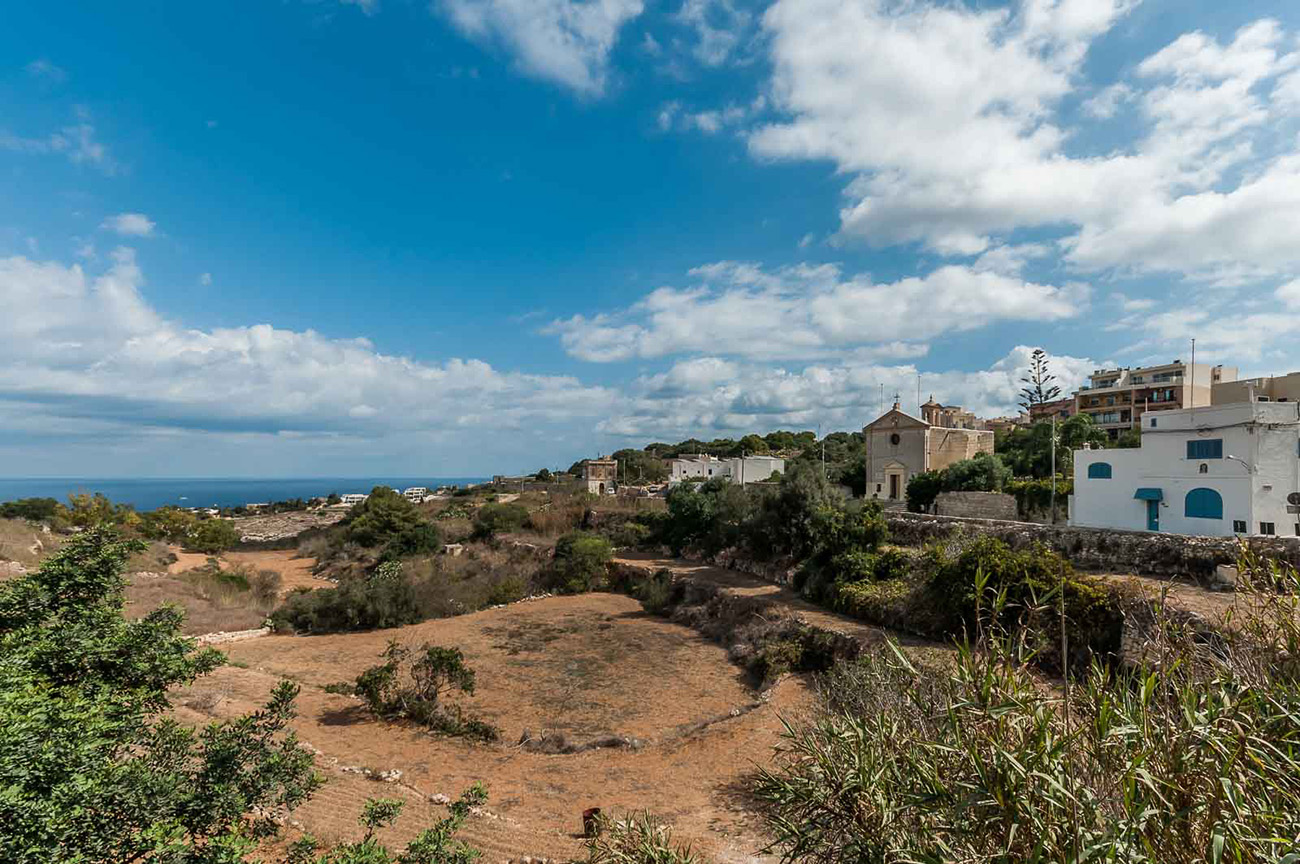 Hal Gharghur was the initial name. Hal Gharghur originates from the word gharghar, which translates to flooding in Maltese, and sigra tal-gharghar – Malta’s national tree. It is improbable that ‘Gharghur’ is coming from ‘Gregorio’ even though it was named Casal Gregorio (equivalent to the Maltese name Gregorio) in the middle of the 15th century.

The coat of arms for Għargħur is a silver shield with a red triangle and a red star on top. The motto “Excelsior” translates to “the Highest” – which reaffirms the fact that Għargħur is one of the highest villages in Malta.

Gharghur’s origins are said to date since the Biblical deluge, though historic remains only indicate as far back as the Roman and Punic eras. There are also indications that cave dwellers lived in San Brincat’s caves in the Great Fault cliff.

Information about the people of Gharghur in earlier times is limited. The Dejma list, as one source of data, mentions Gharghur in conjunction with Hal Samudi in Madliena. Most seemingly, Gharghur was a tiny rural community in the Middle Ages. A monastery was established in Gharghur in the Middle Ages, in an area known as Tar-Rħieb. No evidence shows when and why this abbey is in neglect. Still, continuous pirate attacks on the village might be the reason that led to severe depopulation of both Gharghur and nearby towns. Indeed, houses in Gharghur were built during this period to permit the inhabitants to lock themselves. A particular feature of these houses was a secret room in which women used to hide throughout these attacks.

On one occasion, when Gharghur became a parish, the residents found shelter in the parish church and promised that there would be a pilgrimage to the Mellieha shrine annually if they stay safe. No one was harmed or taken into enslavement on that occasion, and therefore the pilgrimage tradition began.

Gharghur was a rural village found in an area distinctly needing productive soil and freshwater. Nonetheless, the residents of this neighborhood were capable of financing a parish church and various other chapels that entertain Baroque fine arts. The central attraction of the community, apart from the countryside, is the St Bartholomew Parish Church. It has a distinct Baroque façade. The initial façade was destroyed, and in 1743 was built the one seen today. The Church was established between 1610 and 1638 to the plans of the Maltese artist Tumas Dingli.

Its riches include a wooden statue of Saint Bartholomew cut from a tree trunk and carved in Rome attributed to Maltese artisan Melchiorre Gafà.

This agricultural village is sat between two high-demand sites– Naxxar and Madliena – with many rural lands. It is renowned amongst locals for the tranquillity it offers to its inhabitants. The area is quite densely populated near the village center, including the famous Church and its square.

The village core around the Church area is an ideal residential area, with commercial activities restricted to catering to its inhabitants.

Places of Interest in Gharghur

Gharghur used to be part of Naxxar till 1610, when it became an independent Parish. The magnificent Parish Church we witness today was consecrated in 1736. The interior is, has a Latin cross shape. It has rich features and worth a visit. It has been adorned with marble, stone carving, bells, silverware, wood-work, gilding, and various artworks by notable artisans through the years. One of the annual highlights includes the village feast celebrated on the 24th of August or the last Sunday of the month. Several locals attend the feast where the statue of the saint is carried along the streets of Gharghur. The feast includes music from local bands, and several fireworks are let off during the festival. Quite a few tourists visiting the island also join in the celebrations by visiting the Church and viewing the famous, colourful fireworks display.

Top of the World

One of the most popular attraction for Maltese locals, which is great spot to visit for walks or by drive and snack a take away and watch the sunset from high above. You can also see a large chunk of North Malta from Top of the World.

Named after Queen Victoria, the Victoria Lines are a low defence fort established in 1878-80 along the cliff affected by the Great Fault. This wall winds within the slopes and communities, beginning in Madliena and finishing at Fomm ir-Rih l/o Rabat, throughout Gharghur within an area called “Top of the World.” One can also find other fortifications. Gharghur is a host of much of the telecommunication infrastructure of Malta.

Gharghur additionally has a number of small chapels, like most traditional Malta communities, that served its residents earlier, apart from the central Parish. Some of these ancient chapels are – the chapel devoted to St. John the Baptist dates from 1225 A.D. Two small chapels dedicated to the Assumption of Our Lady, one known as “Ta’ Bernarda” and the other as “Taz-Zellieqa,” also goes back to the mid-16th century.

The Semaphore Tower is one of the historic buildings, using the French Chappe brothers’ system, which was then chosen by the French and later the British Armies. The 2nd Battalion Royal Irish Fusiliers also used the Gharghur Signal Tower as an observation point during World War II.

Gharghur is the hometown of the Dwal Ġodda Theatre Company, whose purpose is to present Maltese theatre in its cultural environment. Dwal Ġodda’s repertoire includes group members’ works and well-known plays by international writers, and work by living dramatists.

An Islamic house related with the Arabs’ period is located in Triq il-Gdida and an Arabic decor in an old bakery façade in Sqaq Warda. Some antique balconies are still in existence Various niches with different sculptures also attract the attention of the bystander.

At the northern end of the town, there is the Lieutenant’s Palace, established in 1803 A.D. with an engraving in Italian on the main door, displaying King George III and Alexander Ball’s names.

Gharghur claims a long and rich history, shown in the real estate opportunities it provides prospective buyers. A broad spectrum of properties is available in Gharghur, consisting of apartments, maisonettes, Townhouses, Penthouses, Houses of Character, Terraced Houses, Villas, and Bungalows in the area.

It is advised that you talk to someone specializing in Gharghur to assist you with any requirements you may have. Contact one of our offices and ask for a specialist in the area. 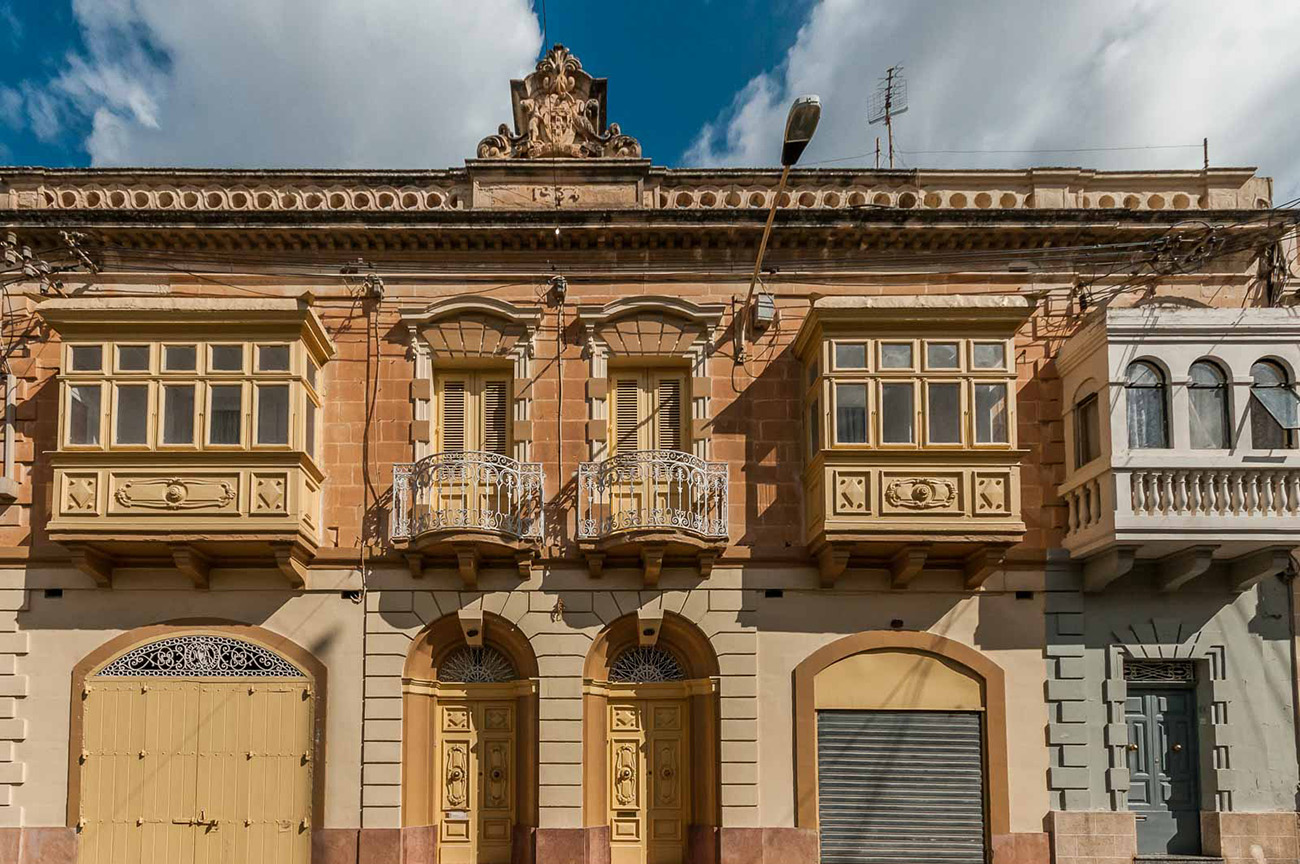 Properties For Sale in Gharghur

Properties For Rent in Gharghur