The locality of Gharb is a village located on a hilltop in western Gozo. It has a population of 1,539 people (March 2014). Gharb means west and the name is very appropriate as Gharb is the most western village on the island of Gozo.

Gharb started out as a hamlet which was developed in the middle ages. There is an aqueduct on the road from Victoria to Gharb which was built by the British in the early 1840s and this was used to carry water from Ghar l-Ilma to Rabat. In the same direction, one can still see an old fortified country house constructed in the 1600s and on the other side of the road lies an old windmill known as tal-Qasam (of the agricultural estate). 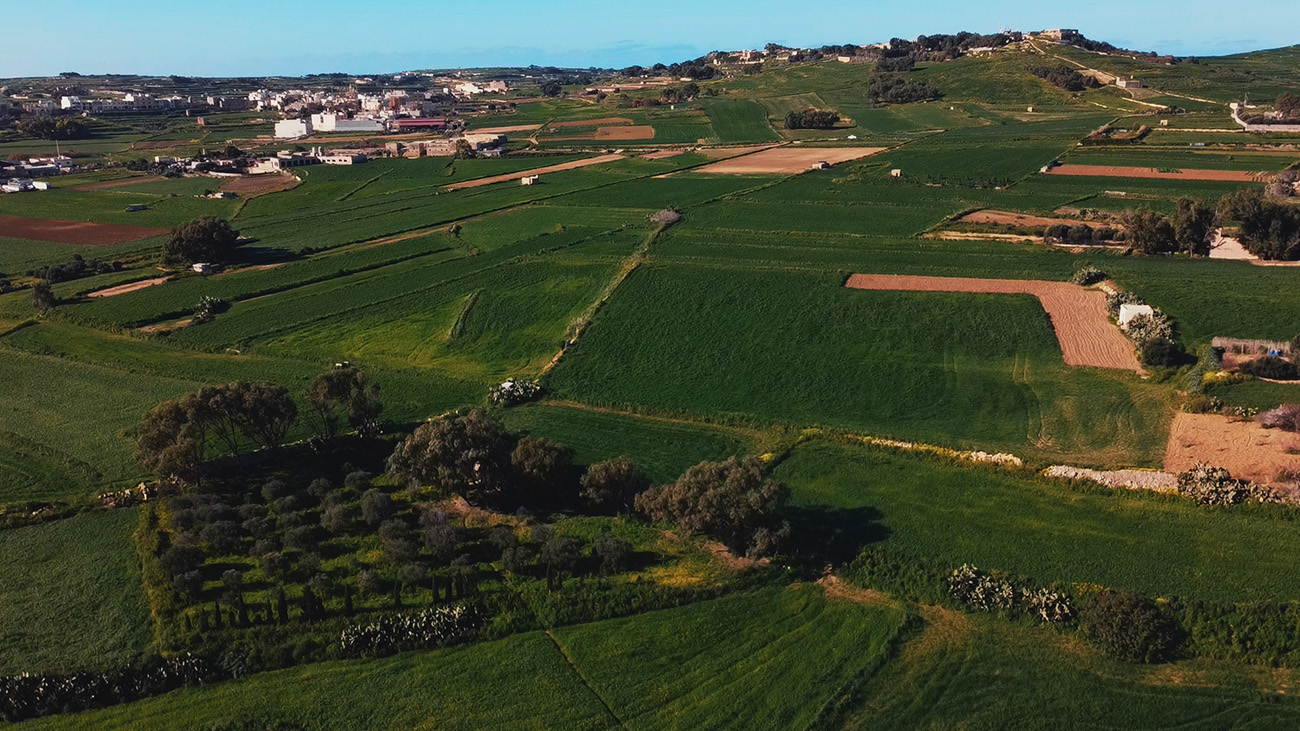 Gharb was created as a parish in 1679 when a new baroque parish church was built.  It had a very elegant façade which was compared to St. Agnes Church in Piazza Navona, in Rome.

Gharb is a picturesque village in the western part of the island of Gozo. There are many beautiful properties for sale or rent in Gharb. Amongst such Malta properties for sale or rent are apartments, farmhouses as well as houses of character.  You can see the village’s ancient roots in the centre of the village where some houses have fine examples of decorated stone balconies.

You can see the village’s ancient roots in the centre of the village where you can see authentic village houses which have not changed through the years.  Some 400 families live in Gharb as the area of the village is only 14.3 sq kms.  Gharb is surrounded by two villages: San Lawrenz and Ghasri.

During excavation works, pre-historic pottery was found. This means that people lived here between 3800-3630 B.C.  In the area of San Dimitri signs of cart ruts were found. Today, these are buried beneath the surface of the road.  Some people think that the Phoenicians used to live in Gharb on their way west.

After the Arabs took over the Maltese Islands, Arabic became the official language.  Some of the words used by the villagers today stem from the Arabic language.  About 80 years ago the people of Gharb used to wear the “kabozza” in the cold winter nights.  The Arabs introduced the “kabozza” to these islands and it became associated with the Gozitan village of Gharb. The old villagers of Gharb spoke the old and pure Maltese language.

The Parish Church in Gharb was built between 1699 and 1729 and it is dedicated to the visitation of Saint Mary to her cousin Saint Elizabeth. There are beautiful sculptures both in the interior and also on the exterior. The late Karmni Grima and Frenc tal-Gharb are two of its most renowned villagers.

The Folklore Museum lies in the village square.  This is an interesting museum housing different memorabilia which narrate the island’s rural history.

Ta’ Dbiegi Crafts Village is a centre for Gozitan arts and crafts.  Here you can watch artists work their Gozo lace, filigree, glass blowing and many other crafts.  You can also buy beautiful hand-made gifts.

The Chapel of San Dimitri is found in the limits of Gharb.  The legend goes that there was an old woman who besieged Saint Dimitri to save her son from slavery.

Saint Dimitri (the bishop-martyr) left his altar-piece on his flying stallion and soon brought back her son Matthew.  The chapel was built by the old woman to thank the saint for freeing her son from captivity.  The altarpiece can still be seen in the chapel.

This important shrine is located just before you approach the village of Gharb where a road forks to the right. This basilica is dedicated to the Blessed Virgin of Ta’ Pinu.  In 1883 a local woman heard the voice of the Virgin and since then, the site has been a place for pilgrimages, attracting several visitors annually.  The shrine was then built between 1920 and 1931.

Ta’ Ghammar Hill, located directly across from the Ta’ Pinu Shrine, features a Via Crucis, or Way of the Cross, made up of fourteen marble sculpture groups that lead to the summit. In addition, there are two minor museums associated with the Shrine. One holds the Karmni Grima Museum, which is the residence of the young rural lady who got a message from the Virgin Mary asking her to worship in the Shrine’s famous little chapel.

Many of the old Gozitan houses like the property in Gharb have been converted from houses of character and old farmhouses to modernised farmhouses having all the modern amenities such as air conditioners, swimming pools etc., yet retaining their charm and authenticity.  This can be done by using the wooden beams found in many of these properties and keeping the large wooden slabs used as flooring in the past.  These serve to keep the property cool in summer. Many buyers have also installed fireplaces to keep their homes warm in the winter.

Some of these farmhouses still retain ‘birthing rooms’. This was a special alcove off the main bedrooms where the females gave birth to their babies. Most of the Gozo farmhouses still have niches where oil lamps were placed to give light to the farmhouse.  These properties ooze character, some still having animal troughs and stables as part of the farmhouse.  Courtyards and arches are also part and parcel of these delightful properties. 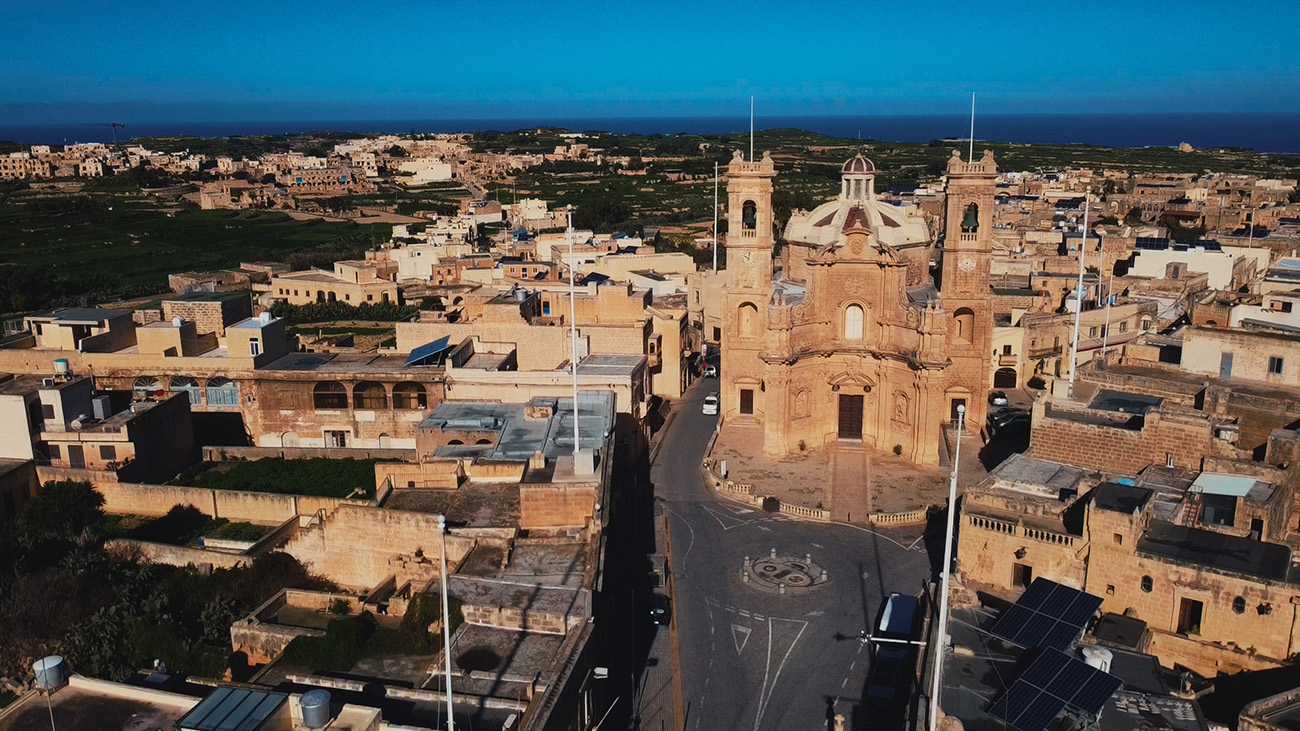 Properties For Sale in Gharb

Properties For Rent in Gharb