Fgura is located in the southern Grand Harbour District, a centrally located area close to all necessary amenities. Set on a hill overlooking the historically significant Three Cities, Fgura is a relatively young locality with plenty of new buildings and a right mix of local and foreign residents. Although through much of the 20th Century, Fgura was mostly rural, it has steadily developed into a busy and residential area with a variety of properties for sale and to let on offer. 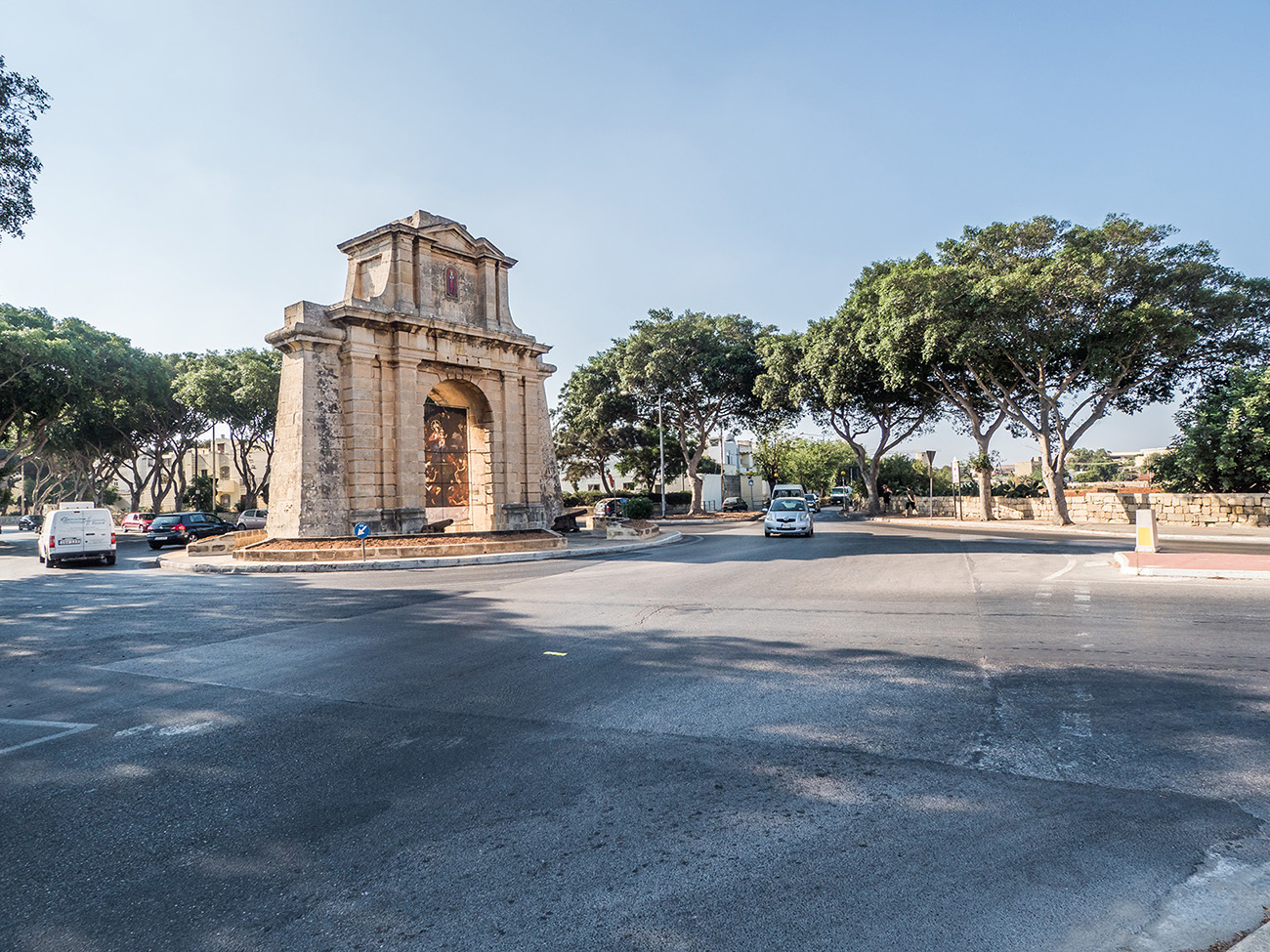 The name Fgura came from the surname of the Ficura family, who owned land and lived in the area when it was a rural village. The coat-of-arms of Fgura consists of a red horizontal stripe containing three golden 5-pointed stars, centred across a white background. The patron saint of Fgura is Our Lady of Mount Carmel and an annual feast in her honour is celebrated on the second Sunday of July. Fgura also has one of the most peculiar shaped churches in Malta, built in a tent’s shape.

It is thought that a settlement where Fgura currently lies existed in Phoenician times. In 1948, six Phoenician tombs were found in Fgura, dating to the 3rd or 4th century B.C. These tombs were in irregular shapes and human skeletons, remains of animals, pottery and other Bronze materials and objects were found. In Fgura, a street was named ‘Triq is-Sejba Punika’ – in English’ Phoenician Discovery Street’ – in honour of this historical finding.

Before World War II, Fgura was a rural village that consisted of a few scattered farmhouses, of which there remains practically nothing, situated near the new church, near the new school, and in St. Thomas Street. There were 20 families, and the people of this town were farmers. After the Second World War, the Carmelite Fathers were entrusted with the spiritual needs of the community. The Carmelite Fathers arrived in Fgura in 1945, where they built a new church and convent, which were inaugurated in November 1950, in the presence of the Prime Minister of that time Enrico Mizzi. Before Fgura was declared a parish on 21 January 1965, it was a suburb of Tarxien.

Lying inland from the Three Cities, Fgura was influenced by the growth of the Malta Dockyards, especially after World War II. Much of Fgura was built around the 1960s and 1980s. As the population grew, the need arose for the building of a new modern church. The new church was inaugurated on 25 May 1988 and was consecrated by Archbishop Joseph Mercieca on 1 February 1990.

What to see and do in Fgura?

The small locality of Fgura is very close to some historical and archaeological jewels. For example, Malta’s Neolithic inhabitants, whose megalithic remains have made Malta’s name in the archaeological world, have left behind a stone-age temple complex in nearby Tarxien. This complex, the ‘Tarxien Temples‘, is a UNESCO World Heritage Site and is easily accessible on foot from adjacent Fgura. The same goes for the Hypogeum, a burial complex dug into the living stone and made to resemble the large temple complexes aboveground.

The parish church of Fgura was built in 1988 and dedicated to Our Lady of Mount Carmel in 1990. The parish church is built in the modern, post-Vatican II Council style, with a ceiling supported at four points to provide a symmetrical cross design while retaining a square plan at the base across both axes. It was meant to be appreciated as a free-standing structure surrounded by open space.

There is a monument in Hompesch Street, which is known as ‘Il-Monument tas-Salib’ (The Cross Monument). This monument was placed on the exact spot where a small church dedicated to Our Lady of Mount Carmel was built in 1790 instead of a niche that was there for a long time. As a remembrance of this niche, a new one was built in Carmel Street. The monument rests on four columns and they have a significant meaning. Three of these columns represent the towns which Fgura is adjacent to:- Paola, Tarxien and Żabbar. The other one represents the Parish of Fgura. At the base of this monument, there are four gravestones. They represent the 25th anniversary since Fgura became a parish.

Culturally, Fgura sits in a rich area, with both the Three Cities and adjacent Żabbar boasting of a strong tradition of religious festivals, or festas. In recent years, such festivals as the Birgufest and the Maritime Senglea International Festival have attracted thousands of new visitors to the area.

For those who prefer beautiful views, winding medieval streets, baroque architecture and military heritage, the Three Cities are the place to go. These separate yet intertwined walled towns are just down the hill to Fgura, and have recently enjoyed large investments into their renovation and rehabilitation. A great place to meet friends, go for a drink, or just walk around in, especially around the waterfront running along the shores of the Three cities. This waterfront has breathed a new life in the area, attracting restaurants, a large yacht marina, an open theatre and large numbers of people enjoying the open spaces and beautiful views.

Fgura enjoys a good array of shopping facilities, including several supermarkets, pharmacies, clothes and shoe shops, hardware stores, and so on. A small shopping centre is also to be found. The few items, which may be missed in Fgura, are easily found in the next-door town of Paola.

Communal facilities in the locality include a primary school, kindergarten, and many daycare centres. Public gardens, playing fields, some sports grounds, and a cinema are also available in Fgura. The regional general clinic is situated in adjacent Paola and can cater to most needs.

Over the past few decades Fgura has rapidly developed into an urban centre of its own, and is mostly comprised of modern apartments and maisonettes, as well as semi detached and terraced houses. Renting and purchasing properties in this area is affordable, even more so when one considers that most housing available is quite new. Better property prices and a central location make this area ideal for younger buyers and those with tighter budget constraints. Its small size also means that all amenities are at hand, and buses are frequent and connect residents to the rest of the island. It’s important you ask your local estate agents for the most recent developments available in Fgura. 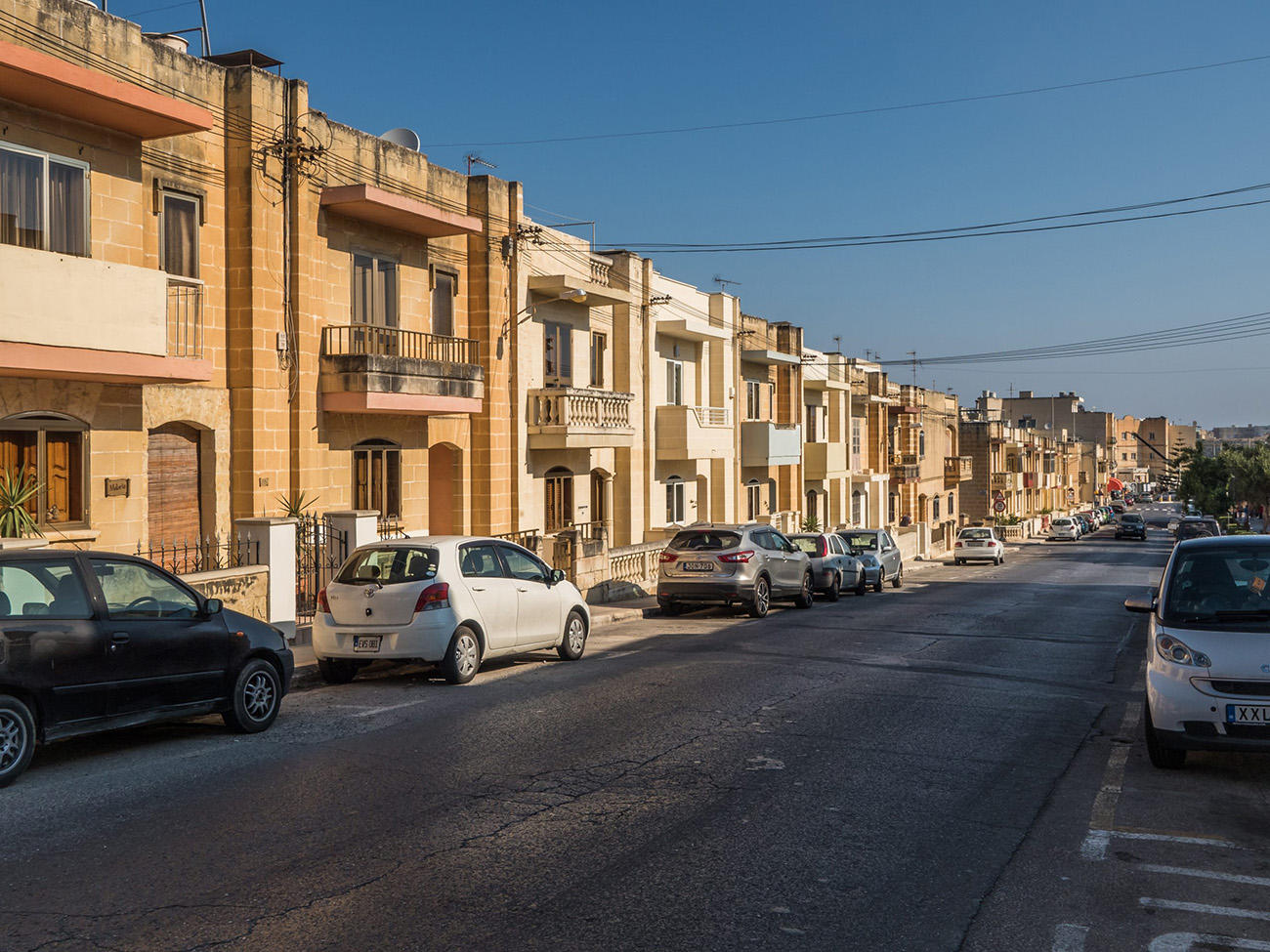 Properties For Sale in Fgura

Properties For Rent in Fgura