Why would somebody want to live in Birzebbuga? Imagine a beautiful beach with a town radiating out and around it. Like any typical seaside resort town in Malta, this one tends to sit back and relax all through winter, then come alive in spring and flourish during summer, well into the early days of autumn. The 'front' is where one finds the main focus of activity, with Pretty Bay attracting bathers and swimmers and being the ideal site for sea-sports of all kinds - from Water polo to water-skiing, to fishing, diving, and more. 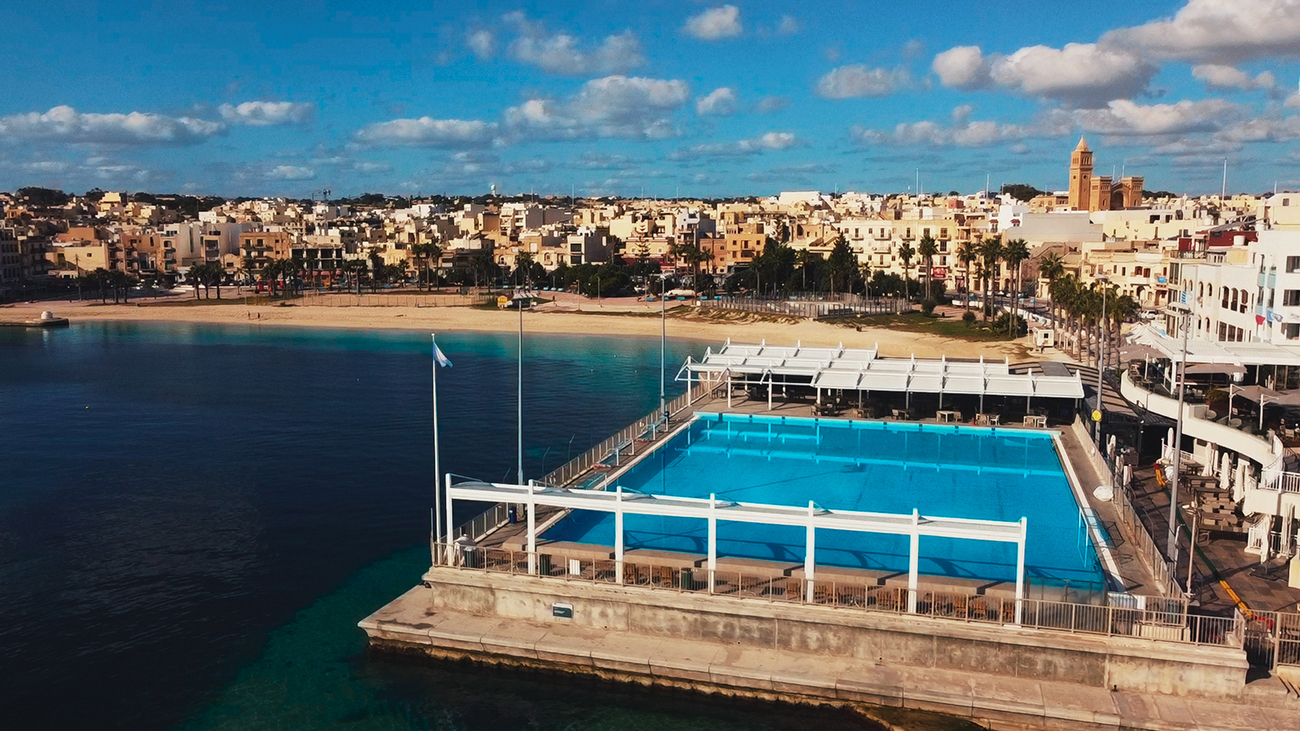 The town of Birzebbuga is situated in the south-eastern tip of Malta, a seaside village close to the fishing village of Marsaxlokk and bordering the countryside outskirts of Hal Ghaxaq, Luqa, and Zurrieq. Many stories revolve around the name of Birzebbuga. Legend has it that olives were stored in wells filled with seawater or that olive trees were planted in and around the village. Another story is that when the word ‘Birzebbuga’ is divided into ‘Bir’ and ‘zebbuga,’ ‘Bir’ means a well, while ‘zebbuga’ means an olive, thus when the two join, the word ‘Birzebbuga’ will emerge. There was the question of whether the name should be pronounced Bur Zebbuga or Birzebbuga because Bur Zebbuga means land of olives. Such linguistic evidence established early inhabitants were in the south of the island since the first millennium. The name also indicates climate and food. Until the end of the 1800s, wells used for olives could be seen at the bottom of the sea, where it is shallow. Today wells are still in existence and can be seen on the rocks at St. George’s Bay.

Directly overlooking this ‘front’ promenade space, one can appreciate period houses that fortunately still stand reminiscent of the English period during which they were constructed.

Its motto is Pax Salusque Omnibus, which translates to (Peace and Health to Everyone). The locality is appreciated for its expansive sandy beach, large public garden, and play area, for its beautiful parish church, for its line of colonial period housing, for its archaeological sites, and its harbour industry.

What to see and do in Birzebbuga?

Ghar Dalam meaning Dark Cave, is the oldest site belonging to this locality, a cave some 144 metres deep wherein numerous fossils were discovered dating back half a million years. Today on show at the Ghar Dalam museum, the remains were instrumental in concluding that Malta was part of a bridge connecting the European mainland to the African continent since bones of elephants and hippopotami were unearthed at Ghar Dalam.

Ghar Hasan is another exciting location that is imbued with legendary stories linked to the characters who lived within this huge natural cliff-edge cave.

Borg in-Nadur is an archaeological site located in open fields overlooking St George’s Bay. It is occupied by a Tarxien phase megalithic temple, and a Bronze Age village remains, which includes the earliest fortification in Malta. The site is located close to various Bronze Age cart ruts and silos, a Roman villa at Ta’ Kaccatura, and Saint George Redoubt, built thousands of years later. A cute and tiny bay is found close by, and this is where one can see several traditional small sea craft in the berth.

Ta’ Kaccatura is an archaeological complex in the outskirts of Birzebbuga, including a rustic Roman villa and several underground cisterns. The villa confirms a thriving olive oil industry in this part of the Maltese islands. The remains rest on a long, flat ridge flanked by two valleys, Wied Dalam and Wied Zembaq. At the end of the same ridge, the two valleys meet the sea at St. George’s Bay.

In addition to prehistoric sites, the town includes historical structures and remains that date back centuries. Such structures include Ferretti Battery – is an artillery battery in the village of Qajjenza, within the limits of Birzebbuga. It is one of the coastal fortifications built by the Order of Saint John between 1715 and 1716. A restaurant exists within the walls of the battery, serving Mediterranean cuisine.

Pinto Battery is a former artillery battery. Also, one of the coastal fortifications built by the Order of Saint John. The battery has been altered over time. It now houses a bar and a garage, while the gun platform and parapet have mainly been destroyed, with only the general outline still visible.

Numerous churches are found in and around this locality, with the Parish Church being the main one, dedicated to St Peter in Chains. The annual local village feast is celebrated on the first Sunday of August.

The beach has its beach volley and football pitch, and while barbecues are off-limits, the sandy expanse is where people like to meet and picnic late into the night. Next to the beach, one finds a well-landscaped public garden that comes complete with an equipped children’s play-area.

Further in from Pretty Bay, one finds the more industrial area, mainly taken over by the massive machinery located at the Freeport transhipment hub, operating since 1988. The Freeport today ranks 12th amongst top European ports and ranks as the 3rd largest transhipment and logistics centre in the Mediterranean.

While this is not a typical shopping location, Birzebbuga enjoys a large open-air market every Thursday morning and does have all basic shopping amenities in and around town. Several bars and small restaurants can be found overlooking Pretty Bay and located in the side streets leading to it.

There are essential varied areas within Birzebbuga. Apart from Pretty Bay and its environs, one can consider Benghajsa, Borg in-Nadur, Kalafrana, Qajjenza, St George’s Bay, and Wied il-Buni, Wied Dalam, Wied Znuber, and many others. While some are rural areas with few dwellings, mostly being farmhouses, many other areas are occupied by a sprawling building, ranging from colonial townhouses to 1980s terraced houses, to the 1990s and new apartment blocks of varied sizes and potential. 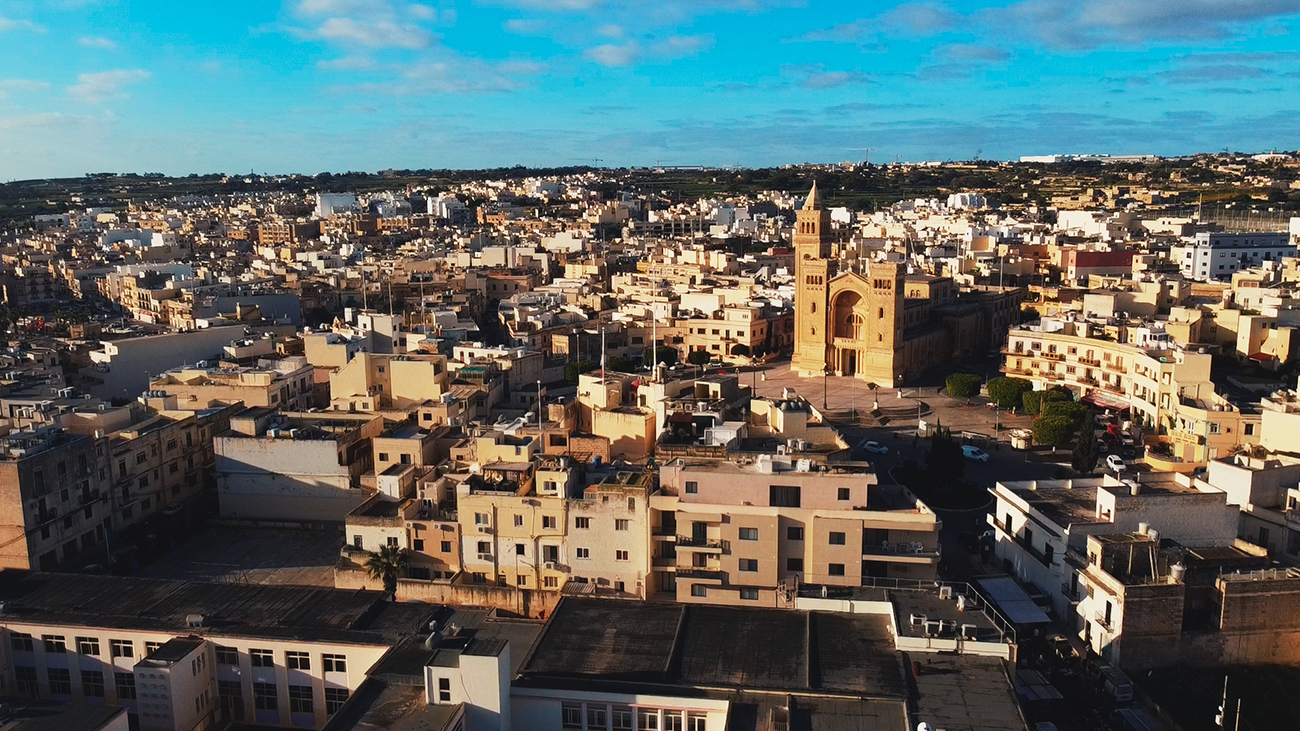 Properties For Sale in Birzebbuga

Properties For Rent in Birzebbuga