Victoria seems to be an unlikely name for a tiny island capital. However, the capital of Gozo proudly holds this name since 1887. Today Victoria is the very heart of the island, busy, and always on the move. Besides being the focal point where one can find all the main offices, banks, schools, library, museums, theatres, cathedral and other, it also serves as a drive-through locality which allows all visitors to Gozo access other towns and villages around the island. 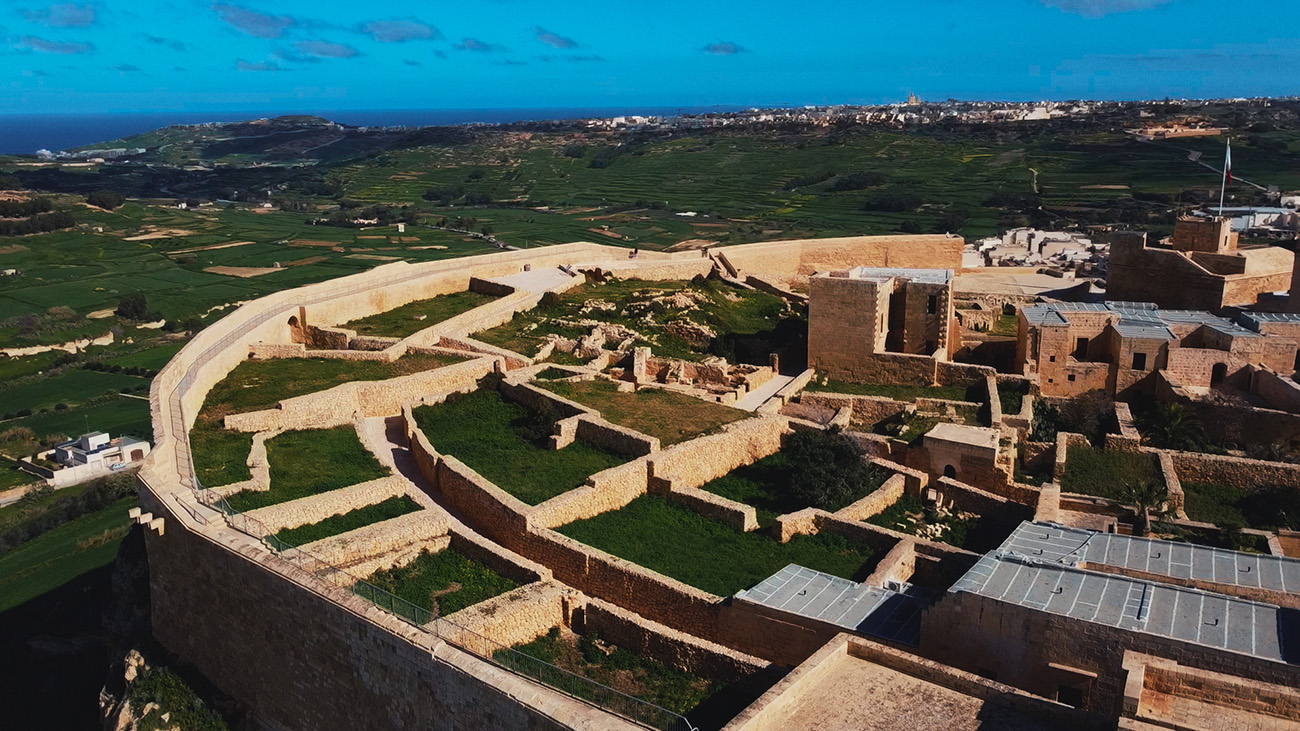 At the height of the British colonial period, it was decided that the ancient name of the city Rabat would be changed to Victoria, and this to celebrate Queen Victoria’s coronation golden jubilee year. While officially called Victoria, some Gozitan and Maltese locals still affectionately call the city Rabat, making sure to distinguish it from Malta’s Rabat.

What to do and see in Victoria Gozo?

Here are a few places of interest which makes buying Gozo real estate in the city of Victoria unique from buying Malta property for sale or rent in other cities like Valletta and Mdina or in neighbouring localities.

Victoria has its very own ancient fortified city, which is called the Cittadella. This conspicuously located and undated construction is believed to have originated during the Bronze Age, eventually experiencing various changes and improvements during Phoenician and Roman times.

A surprise invasion by the Ottoman Turks during the Middle Ages led to the capture of this fortified city, with the entire population of the island being led into slavery. Eventually, the Cittadella was rebuilt and improved upon by the Knights of St John.

The Cathedral within the Cittadella is a noteworthy baroque church, which was designed by the eminent Lorenzo Gafa.

The Old Prison is also in the Citadella, next to the Courts of Justice, with which it was originally associated. The jail complex is now separated into two buildings: an entry hall that served as a typical cell in the nineteenth century, and a free-standing block with six individual cells. The property has been beautifully conserved in its original form, with plenty of graffiti engraved into the limestone walls. Ships, handprints, crosses, names, dates, games, and anthropomorphic characters are frequently depicted.

Since 1991, the Gozo Nature Museum has been available to the general public. It is situated among a series of homes in the Cittadella, the city’s oldest neighbourhood. The elder of the two homes, an inn, dates from 1495, while the other is from the 17th century. The Natural Science Museum houses exhibits on “geology, minerals, marine life, insects, local habitats and ecosystems,” as well as national plants, human and animal evolution.

The Lunzjata Chapel, also known as the Chapel of the Annunciation, is a modest Roman Catholic church constructed within a cave in the Lunzjata Valley. The chapel features one altar and one titular picture by Luca Garnier representing the Annunciation of Jesus. The artwork was commissioned by Rector Nicola Mangion in 1644.

St Francis Square is home to the Church of St Francis, a Roman Catholic church. The Conventual Franciscans’ convent is located next to the cathedral. St Francis of Assisi getting the stigmata is shown in the church’s namesake picture. It was painted by Jean-Baptiste van Loo. A 1680 statue of St Isidore the Laborer may also be found in the church. This monument was originally plated in gold, but it was later painted over to avoid attracting the notice of the French invaders.

Saint George’s Basilica, Victoria’s principal church, is also a fascinating structure that houses important pieces of art, including an altar piece by Mattia Preti and works by Giuseppe Cali. The Basilica Museum, which is adjacent to the church, is open to the public.

The Aurora Theatre and the Astra Theatre

Two impressive buildings in the locality of Victoria are the local theatres – The Aurora Theatre and the Astra Theatre, which regularly feature opera and other stage performances by prestigious local and international artists.

The city hall of Victoria is the Banca Giuratale. It was constructed in the 18th century as the headquarters of the Università di Gozo and has since housed many government agencies, as well as a police station and a post office. The building now houses the Victoria Local Council and the Gozo Regional Committee, as well as the Ministry of Gozo’s cultural and information divisions.

Villa Rundle Gardens is a must-see for anybody looking for some greenery. The gardens, which are tucked away in the centre of the city, feature early twentieth-century trees, a fountain, and a birdhouse.

What else to do in Victoria?

Here are more activities and places of interest which you need to visit whilst visiting or searching for a Gozo property for sale in Victoria.

One can find practically anything in and around Victoria since this little city is well equipped with all sorts of shopping facilities and eateries.

Whether you are after buying some typical Maltese sweets, some handmade souvenirs, or your entire grocery shopping, there are enough little corner shops to suit every requirement.

Bigger and bolder are the trendy Arcadia shopping mall and The Duke shopping mall, both of which are located on the high street. These shopping malls also cater for clothes shopping where you may find all International brands available.

In Victoria, Gozo – the main buildings a Malta real estate agent would be proud to showcase are the old buildings located in the narrow alleyways. Though rarely for sale, these all date back considerably and include beautiful palazzos, townhouses, and post-war edifices. New builds of apartment blocks for sale or rent are mostly located in the outskirts of Victoria, in neighbouring locality of Rabat.

Several beautifully constructed limestone facades lead to spacious terraced houses which boast several unique features. One also finds immaculately converted character homes in the back streets as well as on the outskirts.

The Malta property market in Victoria is a buoyant market and has a mixed population of locals and foreigners living in and around the town.

During holidays such as Easter and throughout the summer, many locals rent their second homes to Maltese and foreign holiday goers. This niche market provides the necessary boost to the Gozo real estate market in Victoria.

One also finds penthouses as well as terraced houses in Victoria, Gozo. It is recommended that you contact our Office Manager, via email on gozo@remax-malta.com. If you are in Gozo, you may visit the RE/MAX office in Victoria, located at 11, Independence Square, Victoria. View the latest properties for sale and rent in Victoria. 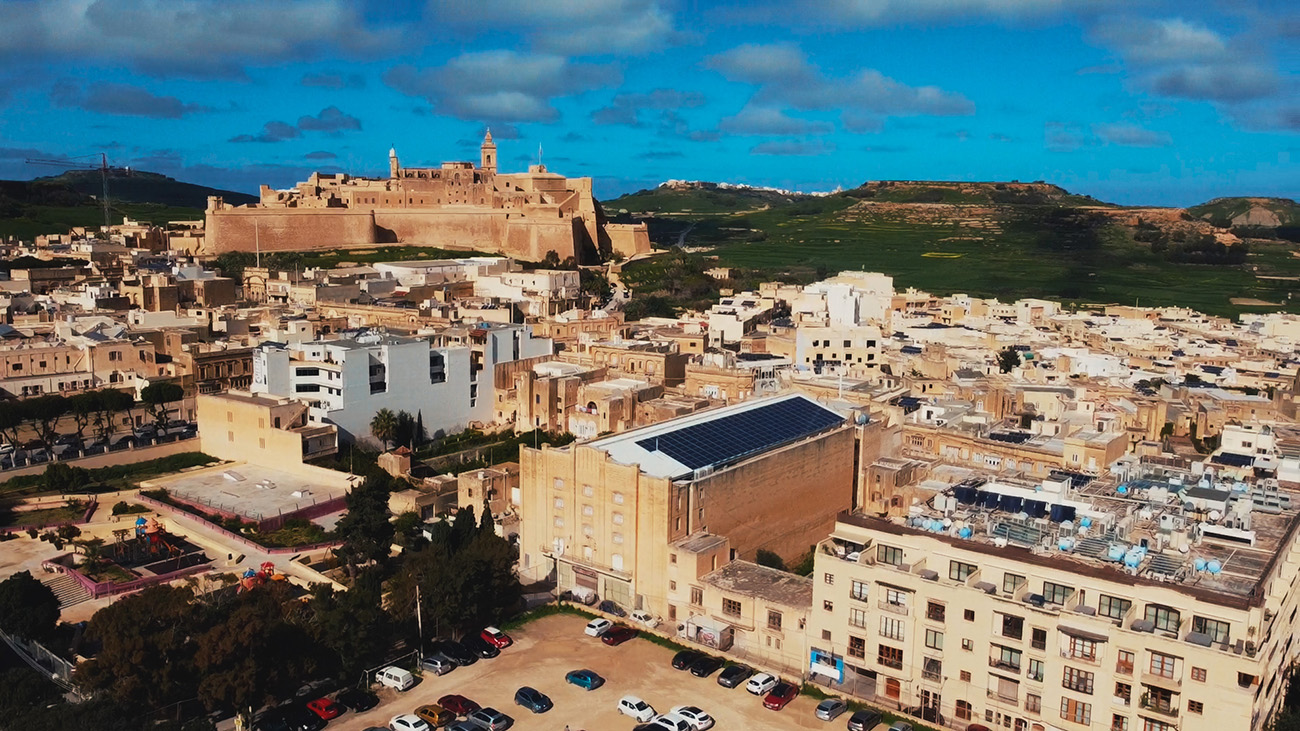 Properties For Sale in Victoria

Properties For Rent in Victoria