Located in the Northern Region of Malta, Mdina is a fortified city which was the capital city of Malta from antiquity to the medieval period until the arrival of the Order of St. John in 1530. Mdina is known as the silent city and has a population of 300 living within the city walls. The city was founded around the 8th century. It has retained the name of “The Silent City” due to the absence of private vehicles and buses in the city. 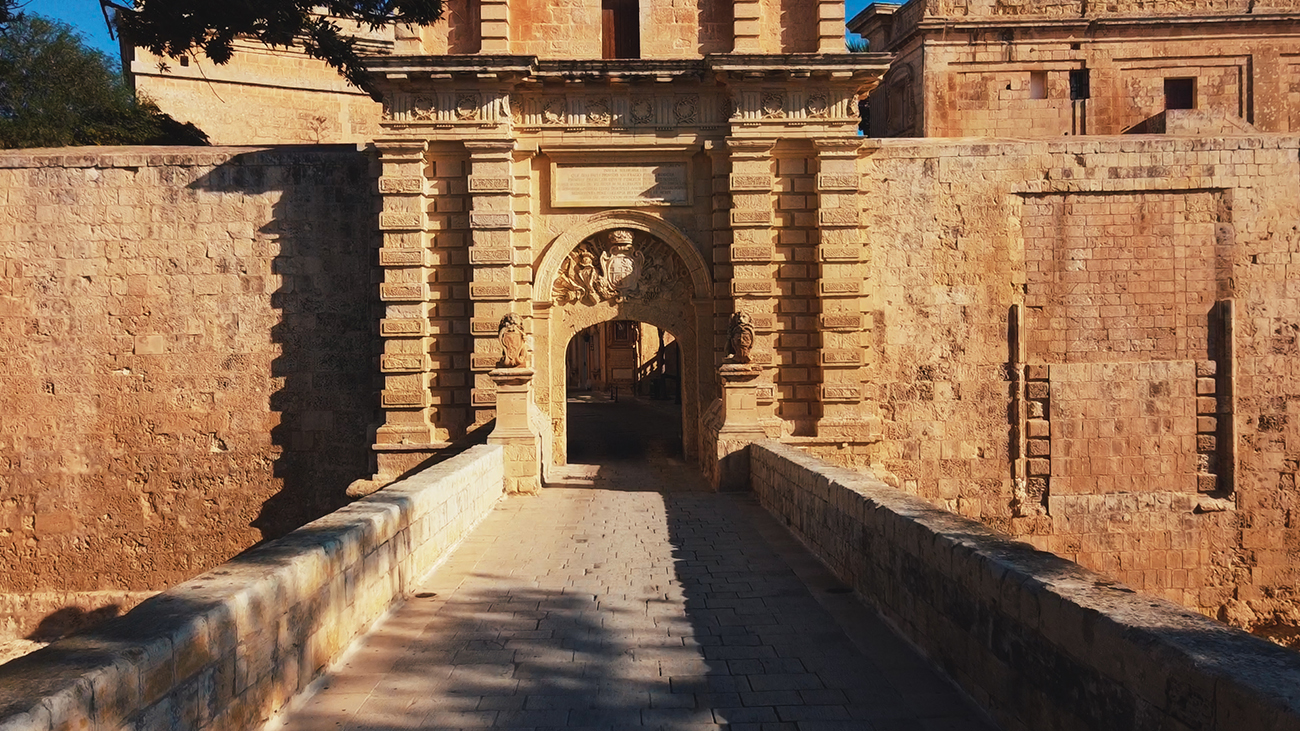 Buying a Malta property and living in Mdina is a unique opportunity as chances like this only come once in a lifetime. It is a special place to live in.

Throughout its history, Mdina has been inhabited by Phoenicians, Romans, Arabs and the Knights of the Order who built most of the buildings that still stand today and which would be a golden opportunity to own whenever one of them comes on the market.

Due to Mdina’s strategic position on a hill and remote from the sea, during the Roman period this walled city was renamed “Citta Vecchia”. It is believed that Catholicism spread throughout the island because when St. Paul was shipwrecked in Malta, he settled in Mdina.  Archaeological remains of the Roman House Domus are proof that the Romans lived in the city. However, it is during the occupation of the Arabs that its fortification walls were built.

Mdina has had different names and titles depending on its rulers and its role amongst which is “Citta Notabile” – the noble city. It is one of the most spectacular cities in Malta. It is unique on the island with its charming streets that preserve the medieval style and was founded by the Phoenicians in 700 BC.

The plateau on which Mdina is built has been inhabited since prehistory and by the Bronze Age it was a place of refuge since it was naturally defensible.  A retrenchment was built within the city following the fall of the Western Roman Empire, reducing it to its present size.  Similar reductions were common around the Mediterranean region as this made the city’s perimeter more defensible.

The lords ceremoniously handed over the keys of the city to the Grand Master when the Order of St. John took over Malta in 1530. Mdina lost its rank as capital city as the Order relocated in Birgu. The Ottomans attempted to conquer Mdina in September 1565 during the Great Siege of Malta, but were forced to abandon their intentions when the city fired its cannon.

During the 1693 earthquakes, Mdina suffered severe damage and the Cathedral of St. Paul was partially destroyed.  It was later rebuilt between 1697 and 1703 by Lorenzo Gafa’.  On 3rd November 1722, Mdina was restored and renovated.

On 10th June 1798, Mdina was captured by French forces without much resistance during the French invasion of Malta.  This marked the beginning of a two year uprising and blockade and the Maltese set up a National Assembley.  The rebels were successful and in 1800 the French surrendered and Malta became a British protectorate.  From 1883 to 1931, Mdina was linked to Valletta by the Malta Railway.

What to See & Do in Mdina

Here are a few areas of interest which makes buying Malta real estate in the city of Mdina unique from buying Malta property for sale or rent in other neighbouring localities like Rabat and Mtarfa.

The three gates of the city

Mdina has three gates and these are the only accesses to this old town, through a massive wall.  These entrances are reached by the bridges that cross the old moat.  The three gates are the Vilhena Gate, the Gate of the Greeks and the Gharreqin Gate.

Located in St. Publius Square, Vilhena Palace was constructed in the French Baroque style and dates back to the 18th century.  There is a large Maltese cross carved in stone in its courtyard.  From the courtyard, you can go to the Local Council of Mdina and the National Museum of Natural History which houses a collection of 10,000 minerals, 3,500 birds, 200 mammals, 200 fish, more than a thousand arthropods and fossils, a library of natural sciences as well as sections of geology and palaeontology.

Mdina Cathedral is in the main square of the city.  The cathedral was built in the 11th century and rebuilt in 1693. It’s fabulous architectural features are combined with the impressive paintings that adorn its walls and many sculptures through which the life of St. Paul is related.  The Cathedral was consecrated in the 18th century, when its current construction was completed.  Its façade stands out for its sober appearance and neoclassical elements.  Its interior is full of sacred art and decorated in the Baroque style.  The frescoes that adorn the main vault stand out.

Located in St. Paul the Apostle Square, this museum preserves the relics and treasures of the first cathedral in Mdina.  Here you can find paintings, prints, wooden sculptures and drawings of the hospitable masters who resided in the city.  There is also a collection of coins of great numismatic value.

The Roman Domus or the Villa de Romana is a museum which shows the life and habits of the Roman artistocracy which dominated Malta more than a thousand years ago.  It was discovered in 1881 and was built around the ruins of an old Latin mansion.

Located 300 metres away from the Villa Romana lie the Howard Gardens. These are located between Mdina and the locality of Rabat making it a natural border between the two cities.  The gardens are named after Joseph Howard (1862-1925) who was then the Prime Minister of Malta.

The Wignacourt Museum is worth visiting for its collections of art and antiques as well as its library.  It is located in the former residence of the chaplains of the Order of Malta, a baroque building from the 17th century.  It holds a magnificent collection of Spanish, Italian and Maltese silverware from the 17th, 18th and 19th century.

Built in 1495, this medieval-era palace is located on Rue Villegaignon.  From here you can learn more about what life was like in Mdina for the noble class.  This palace is an inescapable symbol of how Malta lived during medieval times and has an impressive collection of paintings, ceramic objects, lithographs and other types of antiques.

Convent of the Carmelites

The Carmelite Convent has permeated the history of this town.  Before her death, Margarita de Aragon offered the chapel and the neighbouring fields to any religious order that accepted the clauses of her will.  It was the year 1418 and the Discalced Carmelites accepted the deal and settled in Malta.

Mdina is a majestic city with high-walled cream-coloured streets. The balconies are dressed in flowers of all colours and together with the sunlight reflected on the walls, it creates a special atmosphere.

Owning a house or palazzo is indeed an honour as apart from any Malta property coming on the market very rarely, most of the buildings there are owned by noble Maltese people and are mainly enormous villas or houses and even palazzos. Furthermore, most of the buildings are of Baroque architecture. View the latest Malta properties for sale and rent in Mdina down below. 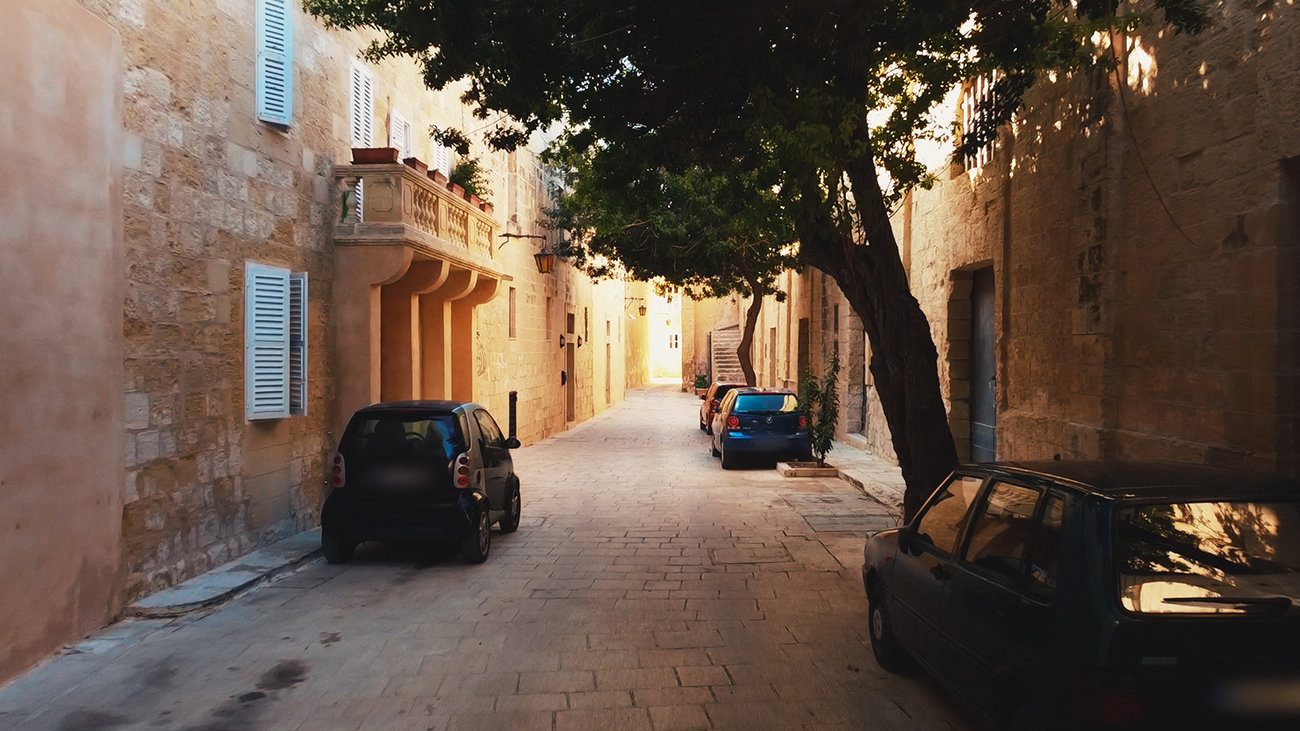 Properties For Sale in Mdina

Properties For Rent in Mdina