Marsaxlokk is a traditional Maltese port in the southeast side of the island. In history, it is most notable for being the port were the Phoenicians landed and set their principal trade port and where the Ottoman fleet anchored in their 1565 siege of the Maltese islands. This beautiful part of the island boasts a spectacular coastline of white cliffs and rock features, old forts and azure sea, which can be explored by car, foot or boat, offering some memorable vistas. 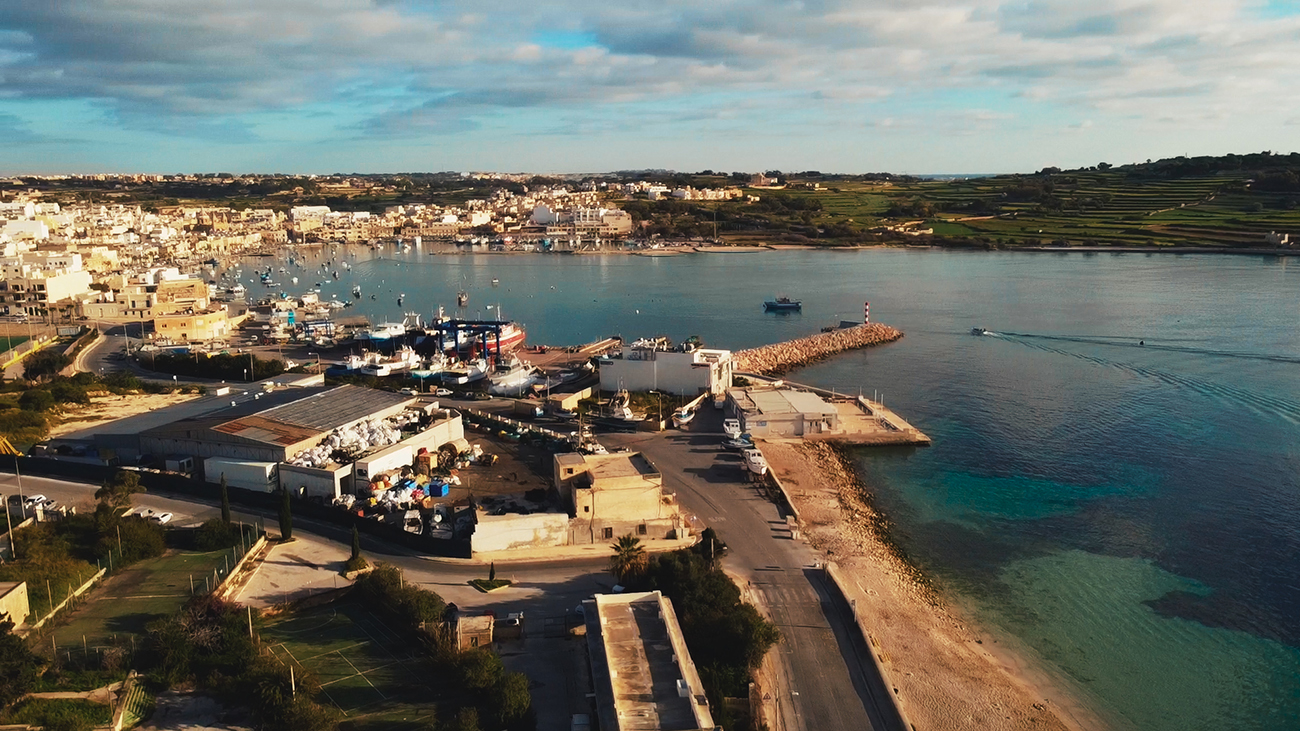 The name Marsaxlokk is derived from the Arabic term marsa, which means port, and the Maltese word xlokk, which means south-east. The phrase is similar to the Catalan word xaloc, which is the name for the dry sirocco wind that comes from the Sahara. The Xlukkajri are the residents of the Marsaxlokk village, and they are traditionally fisherman by trade.

During the Middle Ages, a lack of history exists about the southern village of Marsaxlokk. This was mainly due to the constant attacks on the neighbouring localities like Zejtun by the Turkish Empire. Throughout the height of the Turkish empire, Marsaxlokk was completely deserted as the Maltese people who lived in the southern part of the islands were in constant fear of them getting murdered or being abducted and sold as slaves. However,   when the Turkish Empire’s influence and actual attacks waned, the Marsaxlokk progressively expanded. With its modest lifestyle, this Village has evolved and developed into a tourist destination.

Many a local and foreigner have invested in a second home or residence respectively. The latter often fall in love with the beautiful picturesque views and excellent investment opportunities that are available near to the sea whereas many of the locals purchase homes in Marsaxlokk as a summer residence.

Some of the street names and their meanings in the locality of Marsaxlokk are:

The luzzu and kajjik, the national boats of Marsaxlokk, are also well-known. They assist fishermen when fishing near the coastline, and they utilise a different sort of boat when fishing away from the coast. Boat cruises from Marsaxlokk to Delimara and Birzebbua are also available.

Fishermen from this port catch the majority of Malta’s fish supply, as it houses 70% of the Maltese fishing fleet. Between spring and late fall, swordfish, tuna, and ‘lampuki’ are plentiful. On weekdays, the catch is carried to Marsa’s fish market, but on Sundays, fisherman sell fresh fish right on the dock.

Places of Interest in Marsaxlokk

Here are a few areas of interest which makes buying Malta real estate in the village of Marsaxlokk unique from buying Malta property for sale or rent in other localities.

Fortifications come in quantity in the Marsaxlokk area, a natural harbour used and abused by pirates, corsairs, raiding enemies, and the Ottoman fleet. The Knights erected a line of defence in spectacular locations. From one extremity of the harbour to the other, one can find a strong of beautiful fortresses to explore.

The Sunday market boasts freshly caught fish, local fruits and vegetables; on any other day it sells traditional crafts and souvenirs for tourists. A must-go for fresh fish on Sunday mornings and this being a fishermen village you’re guaranteed a delectable selection.

As with every seaside town in Malta, swimming is an attractive feature of Marsaxlokk in the long summer season. Great swimming and diving areas in Delimara and around Marsaxlokk port offer a great relief from summer heat and remarkable nature experiences.

A multi-period sanctuary site embracing all ages from the Neolithic to the fourth century AD is located to the north-east of the Village, on the rounded hilltop of Tas-Silġ. The Tas-Silġ site has megalithic ruins as well as dispersed edifices from three separate temples. The temple, which had long been linked to the Tas-Silġ ruins, had “many ornaments,” including “a carefully and supremely crafted ancient ivory statue of Victory.”

The existence of such artefacts demonstrates the temple’s prominence not only locally but even beyond the Mediterranean. The shrine was utilised as a centre of trading for local and imported items, according to recent analyses of Tas-Sil pottery. A more modern Byzantine basilica and monastery may also be seen atop the hill.

The harbour teems with lovely Maltese boats of Phoenician ancestry, popularly known as”luzz,” with their protecting eyes painted on for posterity as you walk down the promenade. There are several eateries along the road, ranging from gourmet dining to take-out, with seafood being a specialty of Marsaxlokk. Every day, the busy port is accompanied with seaside walks and colourful sunsets.

The locality of Delimara is the north wing of the Marsaxlokk bay and offers some stunning locations for swimming, walking, trekking, camping, and sightseeing. A collection of limestone cliffs, azure sea inlets, caves, sea arches and old fortresses, Delimara is a must for any adventure seeker and nature-lover.

Everything about this little, picturesque village of Marsaxlokk emanates an authentic southern Maltese atmosphere – laidback and lively, scenic and intriguing.

Marsaxlokk offers a variety of Malta properties for sale and to let to fit everyone’s lifestyles. Farmhouses are available on the periphery with beautiful land and swimming pools, as well as villas and detached bungalows with or without gardens and pool area.

Both unconverted and converted townhouses are to be found in the quaint streets of the Village. Modern and contemporary buildings abound in the densely populated interior, with maisonettes and penthouses ranging from bachelor pads to family homes. It is important that you contact a professional property agent that deals in this area. View Property in Marsaxlokk. View the latest Malta properties for sale and rent in Marsaxlokk down below. 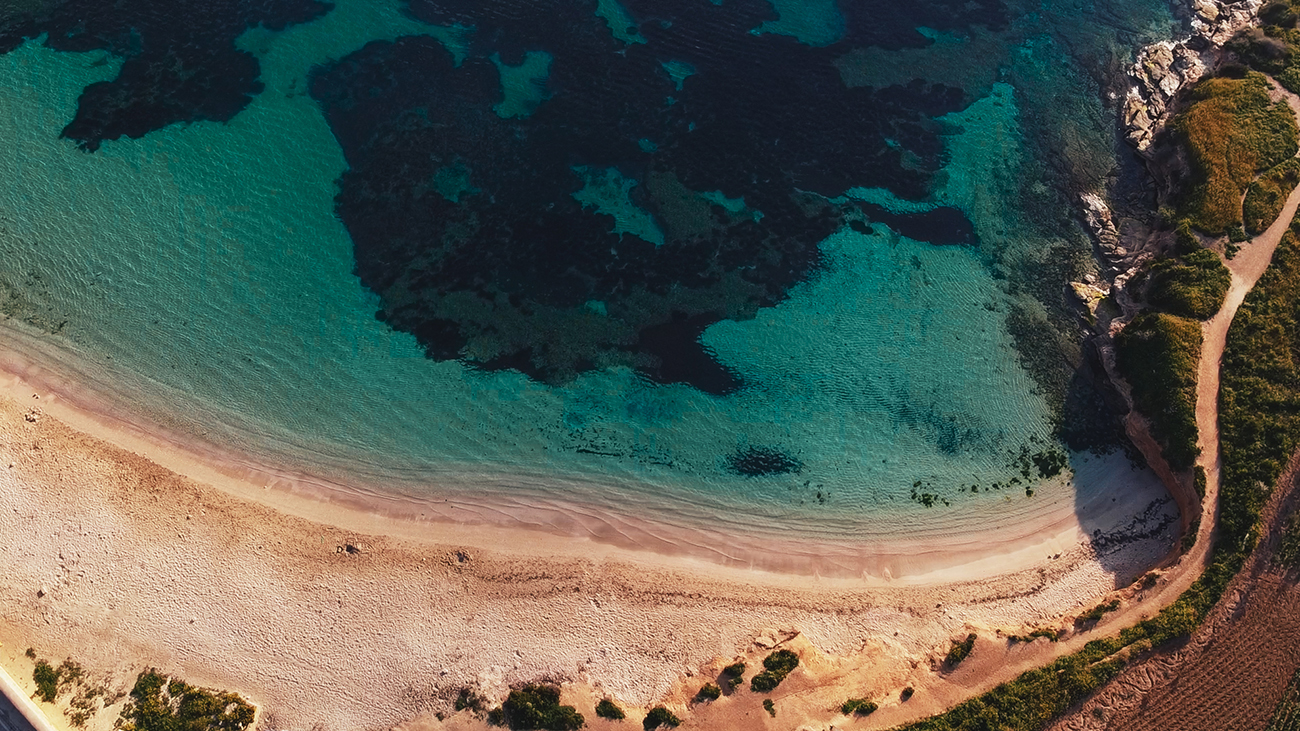 Properties For Sale in Marsaxlokk

Properties For Rent in Marsaxlokk