Why Relocate to Malta 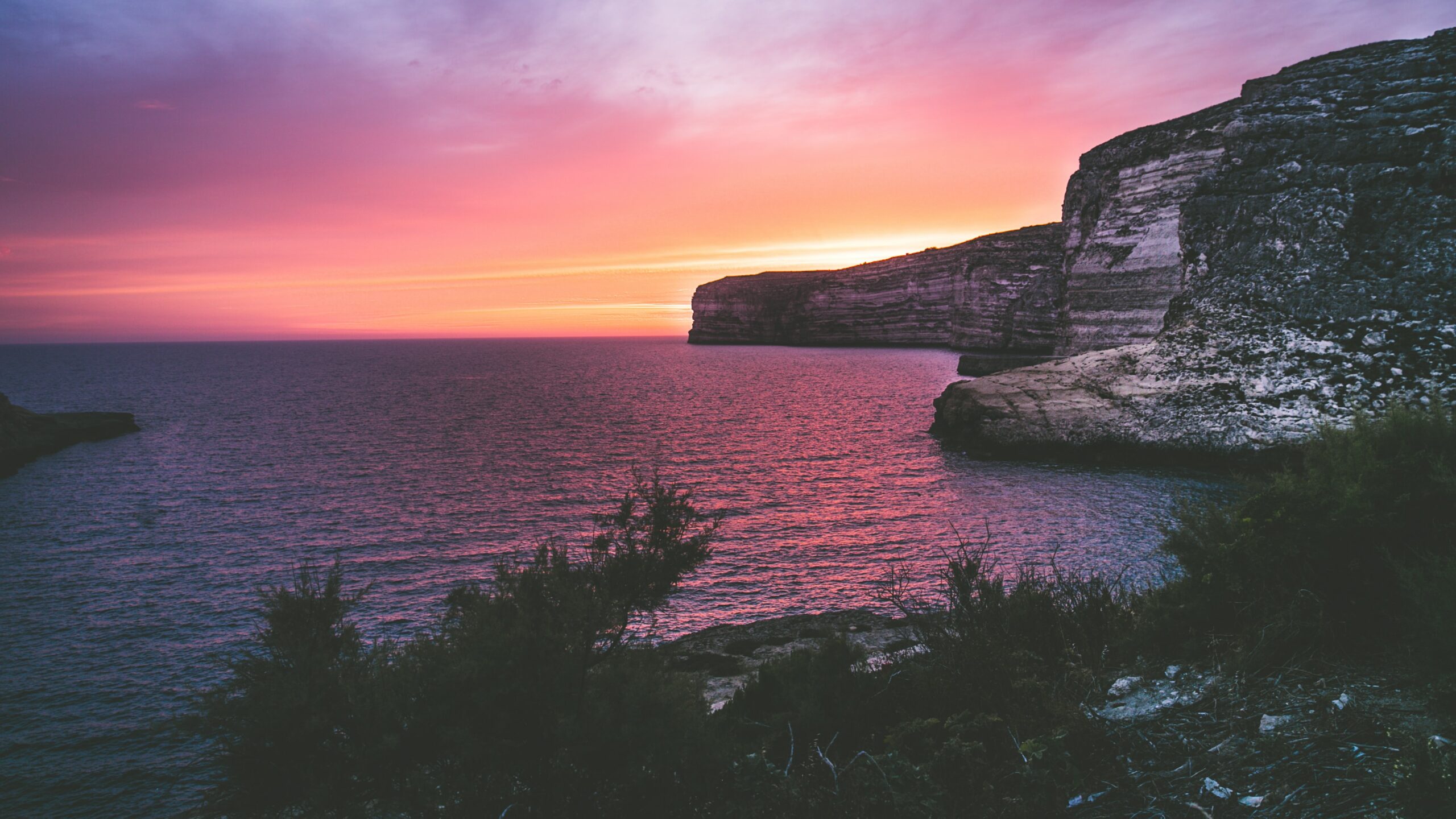 Living in Malta could be a great decision for you and your family for many reasons. Malta has it’s warm, sunny skies, beautiful seas and many more mediterranean attractions. Read More.

Advantages of Relocating to Malta

Relocating to Malta and becoming a Permanent Resident brings with it more than sunny skies, blue seas and the attractions of a Mediterranean island – the financial and lifestyle advantages are also numerous.

Lost In Translation – Not!

The spoken language is one of the most important aspects to consider in any relocation plan. To quote an example, moving from Europe to Japan to reap the benefits of an excellent business arrangement might sound like a good idea when you’re doing the math. But when the language factor is considered, it becomes immediately obvious that relocation will be anything but smooth – as a recent Hollywood movie has amply proven. After all, most day-to-day transactions have one thing that’s necessary: a common language.

Relocation to Malta carries none of these repercussions. Our colonial past, besides giving us an affinity for the English culture and lifestyle, also left us with one rich inheritance: the English language as one of Malta’s official language. It is safe to state that over 98% of Maltese are bi-lingual – in reality they are actually tri-lingual, with Italian also spoken widely, but that’s another story. So what practical advantages does this translate into? For starters, all official government communications, forms, applications and notices are issued in both the Maltese and the English language automatically. Likewise, banks and other financial institutions use English as their main language and business meetings are invariably conducted in English.

Keeping up with local current affairs will not be a problem as there are two English-language newspapers available, while the news bulletins are regularly aired in English both on TV and radio stations. On the entertainment front, English is likewise widely used. Maltese radio stations invariably offer a number of English language programmes, as do TV stations. The number of theatre productions in English far outweigh those in Maltese.

Achieving this status carries considerable financial advantages. Taxation is very favourable, the standard of living is high and the community feeling remains strong. The taxation rate is low, compared to other European countries and there is also a long list of double taxation treaties that Malta has negotiated with other countries, thus making residence in Malta an attractive solution for individuals who fall within the higher income brackets. Once you achieve permanent resident status, you will enjoy a privileged tax system and will reap benefit from the double taxation treaties in force (numbering about thirty in all).

The income you bring into Malta is charged at a flat rate of 15%, subject to a minimum payment of Lm1,800 (4,500 Euro) per annum. LM means Lira Maltin, which is the old national Maltese currency, in Malta we now use Euros. Global income is not taxed, so any assets that you choose to keep away from Malta will remain untaxed. An added advantage is that if the income brought into Malta is re-transferred elsewhere during the same tax year, this is exempt from all tax. Work Permit Holders – Those who can work for Maltese employers/companies are subject to the Maltese system of taxation. Again, income tax rates for the Maltese are low compared to the States and mainland Europe. The first Lm3100 earnt per annum are tax free. The income tax rate then increases systematically according to specific income brackets laid down by the law. The rate reaches a ceiling of 35%, taxed only on that portion of income that exceeds Lm6751.

Once a permanent resident registers with the inland Revenue Department, moving personal effects to Malta becomes simpler. This is especially true if you hail from an EU country like the UK – in this case, no customs duty or VAT is to be paid on used personal and household effects and furniture imported to Malta within six months of your arrival here. Non-EU members, on the other hand, are subject to 18% VAT.

One private motor-vehicle may also be imported free of VAT, as long as it was owned for at least six months prior to relocation. Of course, in today’s world the issue of residence is rather fluid and circumstances might arise to lead you to establish a home elsewhere after some years go by. In this case any accumulated capital and income may be taken back out of Malta with no restrictions. Immovable property can be sold and the capital also taken out of Malta – 35% capital gains tax is potentially payable on this sum, unless the house had been the only or the main residence of the seller for the previous three years. This exemption is normally accepted when the taxpayer has spent more than 183 days in Malta living in that particular house.

Housing remains relatively cheap in Malta, when compared to the rest of Europe and even to nearby countries like Italy. You can expect to pay anything from 100,000 Euro for a two-bedroomed apartment in a good area – the price naturally increases when factors like sea-views or a swimming pool are added. A luxury apartment including all the above and a garage would be priced from 300,000 Euro upwards. This is where a reputable real estate agency like RE/MAX proves invaluable with advise regarding the best areas, amenities in the neighbourhood, price negotiation comes in.

There is a good variety of property for sale on the Islands and property in Malta is always a good and sound investment. There are also plenty of high end projects being built or are readily available like Portomaso – St. Julians, Verdala Mansions – Rabat, Tigne Point – Sliema, Ta- Selum – Mellieha and others in the pipeline. These projects have created a very strong interest from foreigners as well as Maltese buyers. Other properties for sale are Villas with or without pool, apartments, maisonettes and bungalows.

Other good investments are the various pre-construction apartments available around the Islands.

In Malta or Gozo, one can choose to rent a property. The rental market is still a affordable market and it offers price ranges from anywhere from Lm 150 per month to Lm 2, 000. The obvious difference is the standard and quality of the properties as well as the amenities. Properties available are apartments, maisonettes, villas, bungalows and other properties that can be seen in our search engine.

Once you decide upon a property, the legal costs and taxes in order to finalise the contract are also low – circa 10% of the purchase price. Once the contract is signed there are no extra costs, other than the payment for amenities like electricity and water (costing about 300 Euro per month). The cost of living itself is quite low and two people can expect to spend around 750 Euro per month on food, phone calls, entertainment, internet etc.

Once you relocate you are required to open a bank account in Malta and to deposit 15,000 Euro plus 2,500 Euro for wife/husband and for each dependant within this account. This must be done within the first twelve months, but once the deposit is made you can freely use it for any purpose whatsoever and need not keep the money in this account.

Finally, it is worth considering that in Malta not only the standard of living is very high, but the island is also considered extremely safe. These facts are of especial importance to anyone who intends relocating with his/her family and kids.

Children will enjoy the fact that the lifestyle here is more laid back than on mainland Europe – the island is the perfect place to enjoy childhood, especially given the fact that the crime rate is unbelievable low and kids can still play safely outside on their own provided common sense is used. In Malta it is possible to give more to your children, while spending less.

These considerations extend to women: unlike in the big cities, walking alone in the streets at night is safe for females. Again, common sense should be exercised but other than that Maltese women enjoy a level of freedom that is not to be found in other major countries.

Getting bored in Malta is next to impossible – social life is given a high importance and there is a lot to do when it comes to entertainment, whatever your age and your gender.