Attard is a beautiful town, in the Central Region of Malta, just a few kilometres away from the old capital city of Mdina. It is popular with the locals as a place of residence due to its quiet neighbourhood and centrality.
Following a rich history, Attard, has grown into a thriving village, with about 10,800 inhabitants. Attard is mostly residential, but it comprises a part that is still agricultural, even rural; another part is recreational parkland with open gardens and national sport facilities. 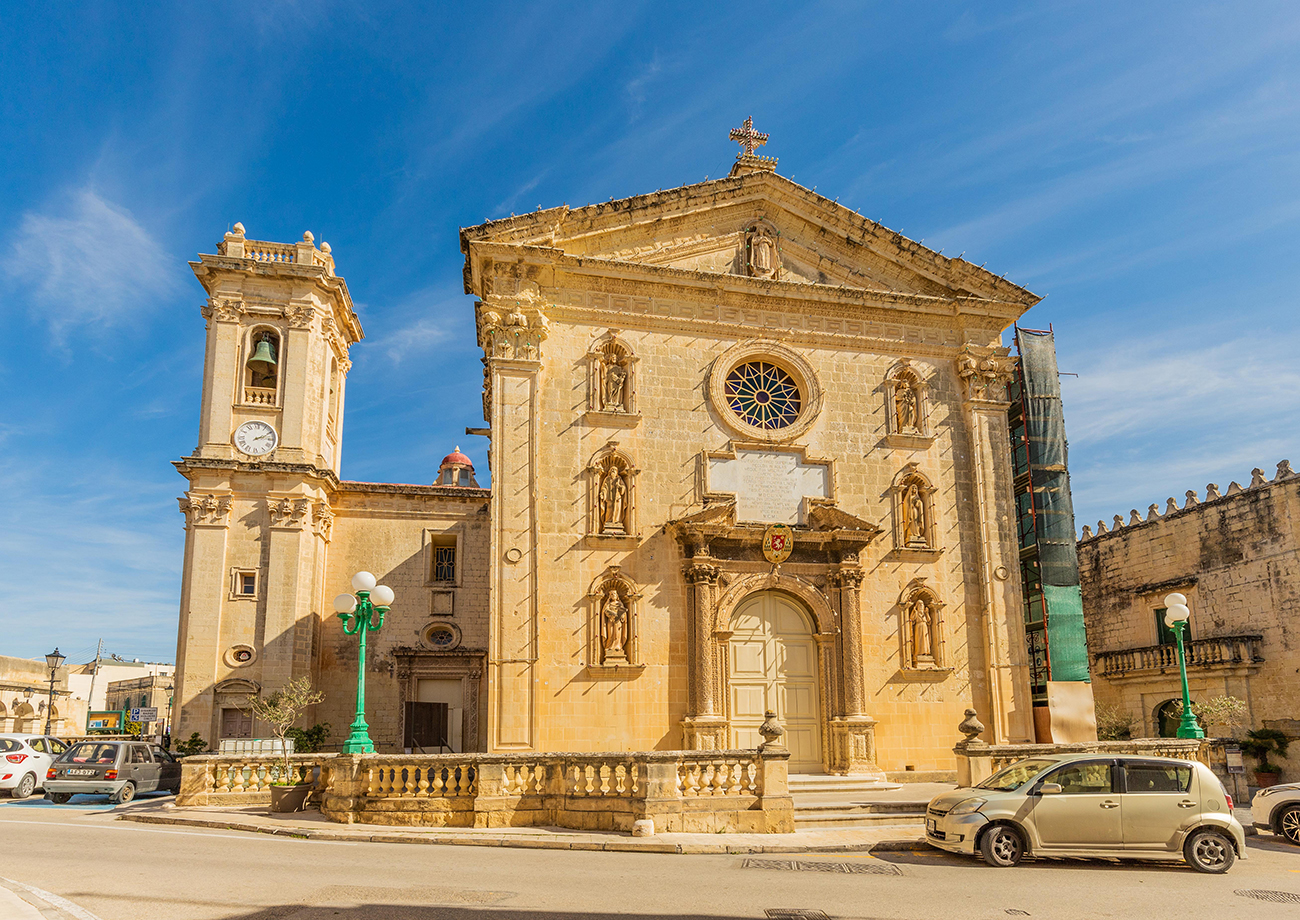 Attard used to be the smallest of the Three Villages – the cluster of Attard, Lija and Balzan at the centre of the Island, but has grown to become the largest of them to almost a bustling town, while still retaining much of its attraction. The name of ‘Attard’ is thought to have been derived from a surname assumed to belong to the first person who lived there. It is unclear what the word ‘Attard’ means. Some say it means blossoms as the word ‘Attar’ means fresh oil of the flowers or from the Arabic ‘Atr’ meaning perfume. Another derivation for the surname is the Italian town of “Atti” in Bologna.

Attard’s motto Florigera Rosis Halo, means, ‘I perfume the air with my blossoms,’ due to its abundant number of flower gardens, citrus orchards, and green spaces, most of which are found nowadays in private mansions. The village core is the oldest part of the town, which dates back to 3,000 years B.C. One can also find burial sites from three distinct periods – Prehistoric, Hellenistic, and Roman. Among them is a bell-shaped rock-tomb discovered in 1910 at the area known as Buqana, a Phoenician rock tomb discovered in 1946, a bell-shaped well in Notary Zarb Street, and a tomb both located in the mid-sixties. In 1989 another Hellenistic tomb was excavated in Old Railway Track. Breaking off from Birkirkara, Attard became a parish in 1575, and by 1579 it had its first parish priest. The parish church was built in 1616 and dedicated to Our Lady of the Assumption.

What to see & do in Attard?

The Parish Church, an architectural, artistic relic in itself, was built by the celebrated Tumas Dingli, a native of Attard. Adjoining is the Church Museum, showcasing antique religious relics. The Attard parish church has been continually enriched by artistic additions, including paintings by well-known masters, such as Francesco Zahra, with others attributed to Stefano Erardi. Further down the road along the main street, there is an old horse trough “Ghajn tal-Bhejjem”, which served as a drinking fountain for passing horses and cattle. Apart from the Parish Church, there are three other historical chapels, two in the village core, one dedicated to St. Anne and the other devoted to St. Paul, and a third one dedicated to Our Lady of Victory, situated in the main road leading to the old capital of Mdina.

Opened in 1882 by Governor Borton, San Anton Gardens are famous for a reason – they are public, extensive, and beautiful. A botanical garden, regularly hosts musical activities, animal shows, and a Shakespeare Festival every summer. It is definitely a place to visit.

Inside is the President’s Palace, the President of Malta’s official private residence, with its adjoining Kitchen Garden, that has been providing the Palace with produce since the Knights of St. John’s tenure. Home to several animals, it is nowadays a family attraction.

Running through Attard, the Wignacourt Aqueduct used to supply Valletta with water coming from higher grounds around Rabat. One can follow the Aqueduct through Mdina Road on to St. Venera.

Villa Bologna, a beautiful Baroque residence with Malta’s most extensive private gardens and rain reservoirs, is the finest country house the Island has to offer. It was the residence of Lord Strickland, Malta’s Prime Minister in 1927, and is now the American ambassador’s residence.

Although Attard is now mostly residential, much of the occupational activity here had consisted of farming different crops and keeping animals. The greatest vegetable market on the Island, known as il-Pitkalija, is found on the edge of Ta’ Qali.

Ta’ Qali is well-known for its national park, amphitheatre, and sports centre. One will also find an Aviation Museum, visit the Dinosaur museum, or look at the Meridiana vineyard.

One must visit the Ta’ Qali Crafts Village, which resides in the wartime hangars, barracks, and Nissen huts in the area. Wander around the various crafts shops, which double up as workshops, and enjoy an insight into the manufacturing of anything from silver filigree to ceramics to decorative blown glass.

Attard is typically residential and not known for its shopping potential. People living in Attard will find all their day-to-day needs met in the varied small shops around the town, including supermarkets and a shopping complex. Coffee shops are few and elite. Most of the town’s people do the shopping in nearby Birkirkara, a shopping centre par excellence.

Attard enjoys a large variety of real estate options, and it is a highly sought-after area. One way to find more reasonably priced properties in Attard is to purchase a smaller home, whether maisonette or apartment, shell form, or plan. There are several developments at present in this unique market place. 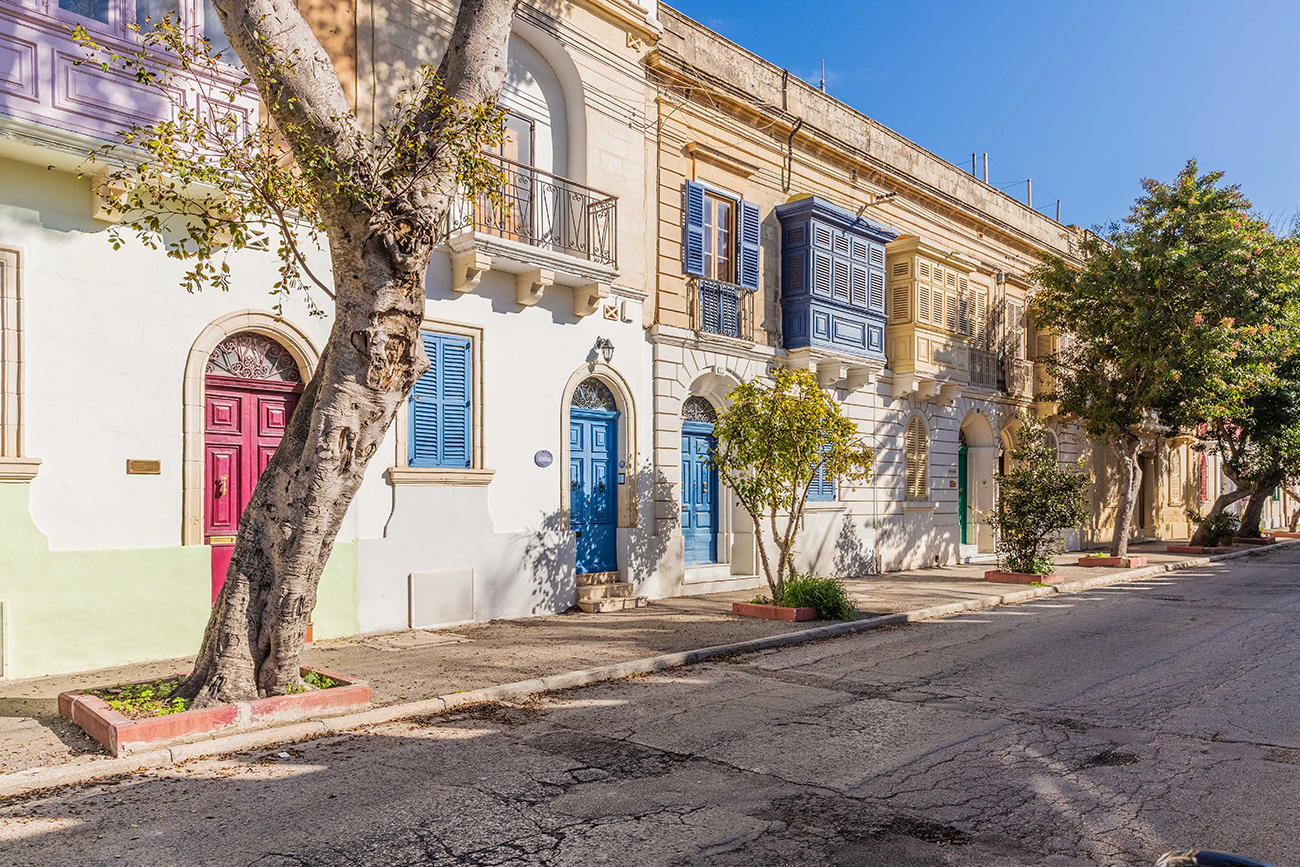 Townhouses and Houses of Character are becoming a rarity in terms of availability only because they are in demand. As soon as a home of this nature becomes available – whether it is unconverted, converted, or finished to the highest standards, it immediately snatches up.

Villas and bungalows are not abundantly available, and many Maltese are waiting in line to purchase a home or a piece of land in this quiet area. Many top-notch homes in Attard come with a pool or a garden area, which elevates their ranking in popularity with aspiring buyers.

When it comes to premium real estate, one may say that Attard is one of the most prominent areas on the Island. Maltese residents mainly populate the town, although some expatriates fall in love with the tranquility and permanently relocate.

Properties For Sale in Attard

Properties For Rent in Attard