Found in the Southern part of Malta, Tarxien is a small village inhabited by some 8,600 citizens. The name “Tarxien” is believed to have derived from the word “Tirix” – meaning “a large stone” which presumably is a reference to the stones used in the famous Tarxien temples. Dating back to 2800BC, the temples feature several large statues and stones. To this date, it is still not known how the large rocks were moved and placed, yet they remain one of Tarxien’s main attractions to tourists and locals alike.

Tarxien stands on the site of one of the oldest settlements on the islands, with a history of 4000 years. The inhabitants of those days gave worship to the Goddess of Fertility. It is a figure of whom was discovered in the Neolithic Temples of Tarxien in 1915. She now resides in the Museum of Archaeology in Valletta, along with many of the items collected from these temples. Within the Tarxien Temples were found objects of bronze, pottery, metal, figurines, ornaments, and carvings in stone, and even burnt human bodies.

An entire prehistory phase takes its name after Tarxien, and the Temples found here are considered of extreme importance in revealing the ancestry of the islands. The Tarxien Temples date from 3000BC to 2000BC and offer unique architecture and design compared to other similar Temples found on the Maltese islands, with evidence that the place was used for worship of the Goddess, to whom animal sacrifices were offered.

Hal Tarxien was established as a parish in 1592. Eventually, from Tarxien emerged the parishes of Paola (1910), Fgura (1965), and Santa Lucia (1969). In this village, one also finds the chapels of St. Mary and St. Bartholomew of the Corner (1776) and the Church of All Souls, located in the village’s old cemetery (1675). Until the 1960s the people of Tarxien earned their living from agriculture, mainly by selling milk, but today that has changed altogether. Today we find Tarxien to be a busy town and quite an important business area in the south of the islands.

What to see and do in Tarxien?

The oldest temple here is said to date back to about 3600 BCE. The temples feature various statues and reliefs of animals, including goats and pigs. The figures found in the Temples are about 2.5 m in height and represent a sort of Mother Goddess. There are several of these statues scattered around the various temples and are thought to represent fertility. There was also one of three small baked clay figurines in the form of what is said to be a priest found here.

The parish church of Tarxien is dedicated to the Annunciation of Our Lady. Hence the people of Tarxien consider the Blessed Virgin Mary, particularly at Her Annunciation, as the Patron and Protector of their town and its whole population. The church was elevated to parish status in 1592, making it one of the oldest parishes of Malta. A crucial part of Tarxien culture is the feast of the Annunciation, whose feast is celebrated in late May or the first Sunday of June. It is celebrated with religious celebrations and liturgical services at the parish church and publicly with street decorations, band marches in the village streets, and large aerial and ground firework displays.

The second-largest church in town is dedicated to the Resurrection of Christ, better known by the locals as “Ta’ l-Erwieħ”. The word means “of the souls” and it is used due to the old cemetery surrounding the church. This church is right next to the renowned Tarxien Neolithic Temples and is visited by many tourists. Many of the prehistoric remains were also found in the mentioned cemetery.

There are two other small chapels in Tarxien. These are dedicated to St. Bartholomew – This little church was constructed in 1776. It is an architectural gem in the baroque style that also houses paintings by painter Rocco Buhagiar and St. Mary – One of the remaining small churches dating back to 1415 dedicated to Assumption of Our Lady, St. Mary. This is one of the oldest churches and has a beautiful face with two bell towers and an Assumption statue in front of a small dome.

There is also another chapel which is in the convent of the Sisters of Charity. This is dedicated to ‘Our Lady of the Immaculate Conception’. The same congregation have a school.

Another church is dedicated to St. Nicholas of Tolentino and a convent that belongs to the Augustinian Friars.

It is a monument in remembrance of those Tarxien victims who died during the Second World War. This sculptural piece, in bronze and marble, is a work of art by Chev. Alfred Camilleri Cauchi.

This villa is an 18th-century baroque style house. For some time, this building also served as a primary school for the locals. Historian E.B Vella was also one of its Head Teachers.

A recently restored and well-kept old building called Id-Dar tal-Kejka or, as it is sometimes known, ‘The Hermit’s Monastery’. This building dates back to the 18th century. Dar tal-Kejka (1736) in Triq Xintill, bears some beautiful carvings and offers a fine specimen of an old farmhouse.

Wander around the older parts of town to admire old houses with niches tucked away here and there on their facades and street corners. Many villas have a historical reputation, such as the grand summer residence of Bishop Leonard Abela (1541-1605) near the Church of St Bartholomew. The Dejma Cross is also an important landmark since it was used as a meeting landmark for the Dejma, who kept coastal watch against pirates.

During the hot Maltese summers, an estimated third of the Tarxien residents relocate to Summer residences in the villages located along the seaside perimeter of Malta. Tarxien predominantly consists of several maisonettes and townhouses, with a few Villa’s located in the area. A few developments have given rise to a small number of apartments which are well priced in comparison to other, more popular, localities. It is recommended that you talk to someone that specialises in Tarxien that can assist you with any requirements that you may have. Contact one of our offices and ask for an expert in the area. 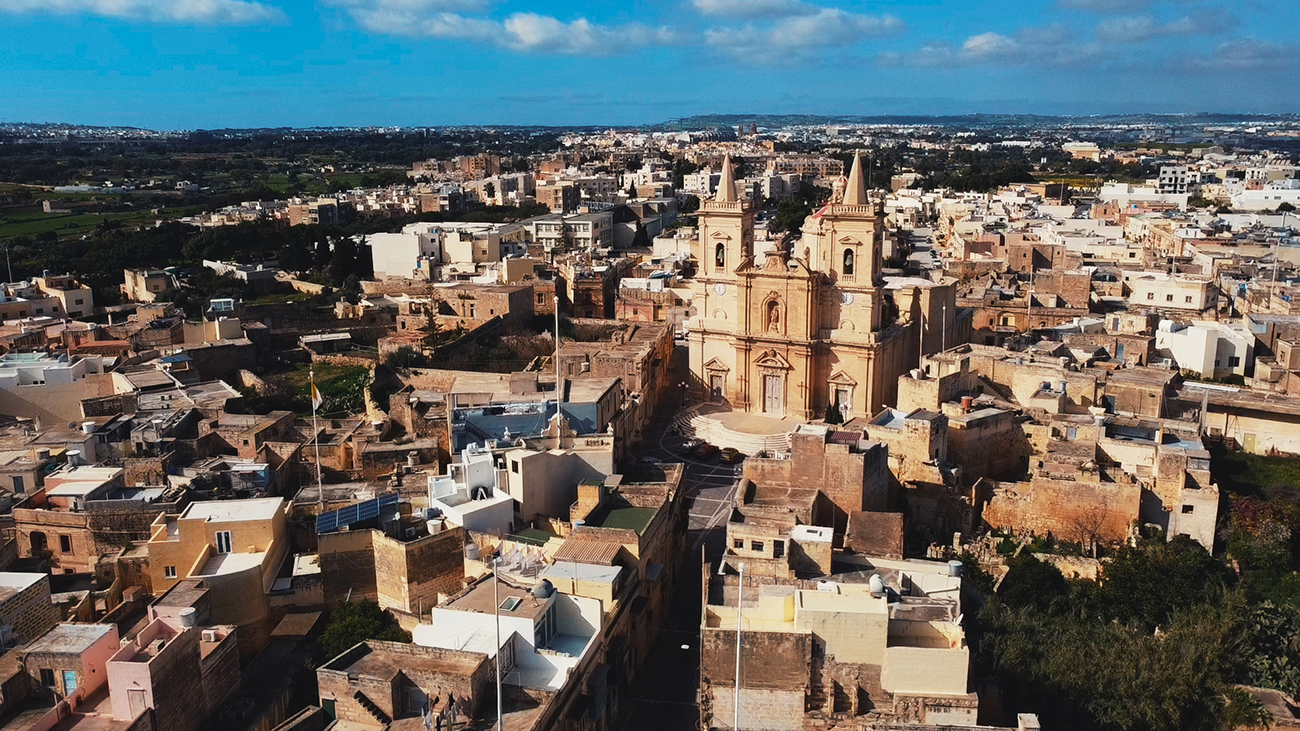 Properties For Sale in Tarxien

Properties For Rent in Tarxien