Located in the Southern Region of Malta, Santa Lucija is a village with a population of 2997 (March 2014). It was developed in Malta during the 20th century and is considered to be of of the modern towns. It is located between Tal-Barrani (Tarxien Bypass) and Luqa Bypass. Santa Lucija was named after a 16th century chapel located in the vicinity. 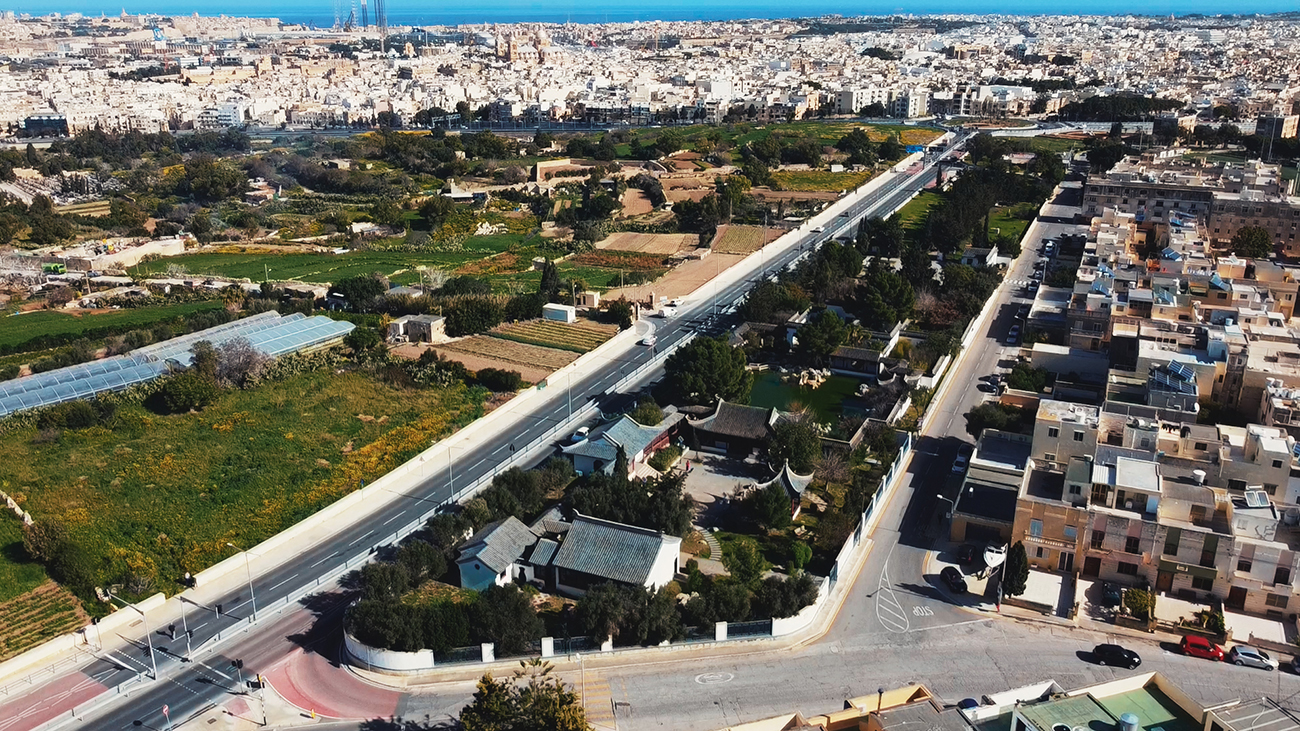 The locality of Santa Lucija has a dense population, and many lovely residences and villas may be seen, particularly in the neighbourhood of Wied Garnaw. Santa Lucija is adorned with a significant number of gardens and patios with trees and flowers, giving it a peaceful and serene appearance. Apart from the gardens, there is also a running track and a picnic spot here. Learn more about the different localities around Malta & Gozo.

Until the first few years that followed World War II, the Santa Lucija area was nothing more than a number of fields.  A small stream used to flow through a narrow ditch, parts of which are still visible today.  There were only two small fireworks factories belonging to Tarxien and Gudja. The first buildings were constructed in 1955 and the first residents moved in, in 1966. Gradually the locality continued to develop and the community continued to flourish.

Santa Lucija is known as the Garden City due to its large number of gardens and patios with trees and flowers which surround the buildings as well as the green belt around its perimeter. Along this green belt one finds the Chinese Garden which has now become a symbol of this locality. There is also a picnic area known as Gnien l-Iskultur and also a jogging track in Gnien Haz-Zebbug. Further south there is Wied Garnaw which is divided into several zones. The Parish Church is dedicated to Pius X and there is also a hypogeum there which was discovered in 1973.

For centuries the locality was a fertile area, rural, peaceful and traditional.  Agriculture was one of the pillars of the Maltese economy with farmers living on what they could produce from the land and the animals they reared.  The land was passed through generations, from father to son.  Apart from agricultural produce, a lot of cotton was also grown thus one of the roads in the locality is named Triq il-Qoton.

In 1974 the prehistoric temple in Triq il-Lellux was discovered. There is a small megalithic structure at the entrance. It could have been used as a temple or a burial place.  Broken pieces of Copper Age pottery and a few amulets made of shell, as well as a large amount of human bones and teeth were discovered.

What to see or do in Santa Lucija?

Here are some examples of what to see or do in the locality Santa Lucija.

Santa Lucija Chapel is located on the Tarxien/Gudja Road. It was built in 1532.  There is one main altar with a painting depicting Our Lady with the Child Jesus and a kneeling Saint Lucy has been removed. In a corner of the church square is a well which used to provide drinking water to thirsty pilgrims.  The festa used to be celebrated on the 13th December however this has been discontinued and the church has been neglected.

St. Pius X Parish Church is built on a Romanesque pattern with a uniform internal style which radiates peace. The first stone was laid on the 6th November 1966 and consecrated on 4th June 1972.  When the church was completed, a decree was issued on 8th July 1969 by the Curia stating that with effect from 27th July 1969, the church dedicated to St. Pius X was to become a parish.

The Chinese Garden or the Serenity Garden in Santa Lucija is a symbol of life: from birth to death. The figure of birth is the fountain at the very beginning of the garden, with the water in the background symbolising the mother, the water seems to give birth, the happiness of a new life; the beginning of childhood.

On the other side of the Chinese Garden, we come upon a circular moon-shaped entrance with the words “The route to refuge” carved into it. “Around the outside door the plane is full of flowers that spread beautiful fragrances, distant from the city limits,” says a poetry on the pillars leading to the terrace on the pond. In the distant, the hills extend the meadows.”

At the other end, there is a hole which provides a large space.  This is the end of everything and everyone.  The rocks enter the earth and the waters go underneath the earth – into the well.  When one looks into the well and see their own reflection they are reminded and even they have to die and proceed to another life.  This helps us to achieve peace of mind and eternal life – above the clouds and the moon and deeper than the bottom of the pond or of the sea that outcomes every cave.

With Santa Lucija being a fairly new town, most of the properties for sale or rent here are modern and appealing. With its close proximity to the Malta International Airport, Santa Lucija could be the right place for you. Children will enjoy the playing fields situated there and the Chinese Garden can be enjoyed by people of all ages.

There are also several sports facilities in this area, such as a playing field with a five-a-side football pitch, another football pitch and a cycling track.  The parish church dedicated to St. Pius X is also found in the centre of this locality near the big square named Pjazza 7 ta’ Lulju.

If you are looking for peace and tranquillity with something the whole family can enjoy, then Santa Lucija is the place for you. There are many beautiful Malta properties for sale or rent to be found here. It is just a matter of preference whether you are after a terraced house, villa, bungalow, maisonette or apartment.  The choice of the kind of property you require is yours. Read more about the properties for sale in Malta located in the different regions in Malta. 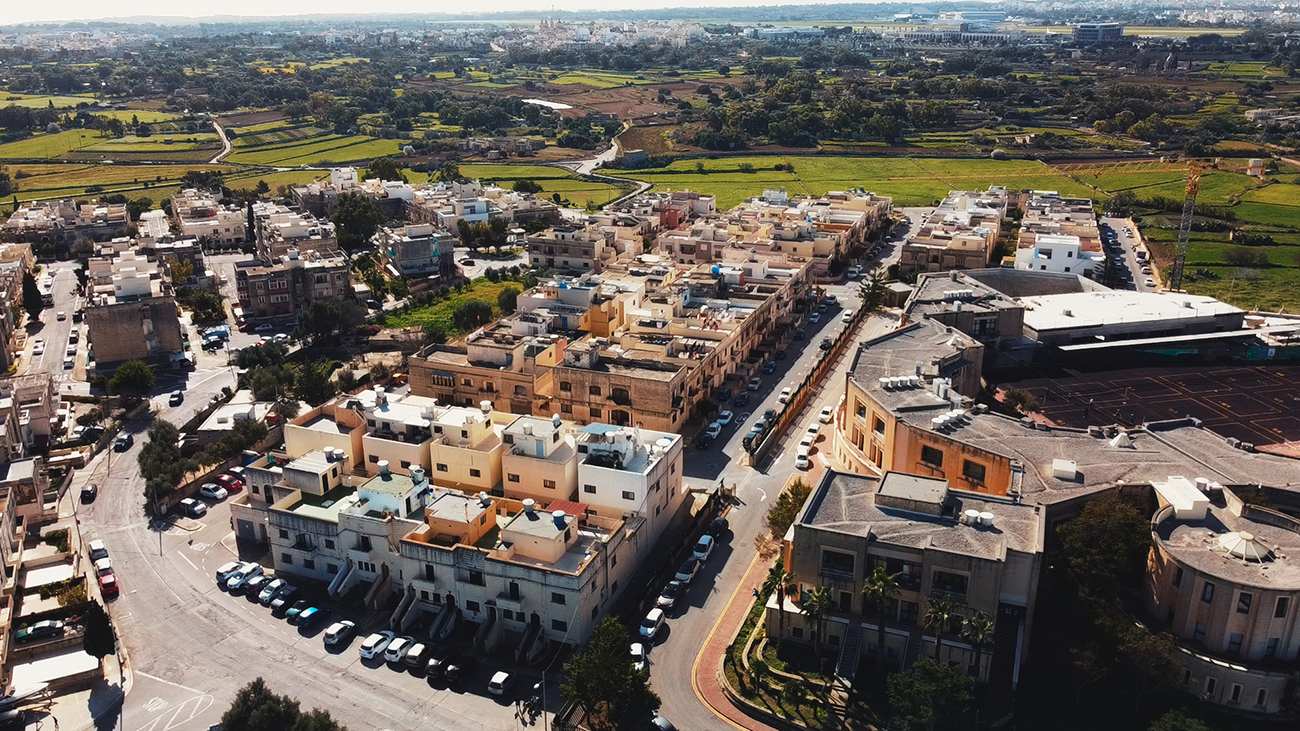 Properties For Sale in Santa Lucija

Properties For Rent in Santa Lucija