Mgarr, Malta is a rural village situated in the north-western edge of Malta, and is not to be confused with the location of the same name, which is the main harbour port found on the smaller island of Gozo. Mgarr has transformed and expanded considerably over recent decades, although retaining its typically quiet and staid nature as a country location surrounded by idyllic scenery. Mgarr confines with the other rural village of Bidnija and the limits of the large towns of Mosta and Rabat. The village confines stretch to the sea and encapsulate the attractive and string of picturesque seaside bays of Ghajn Tuffieha, Golden Bay, and Gnejna. 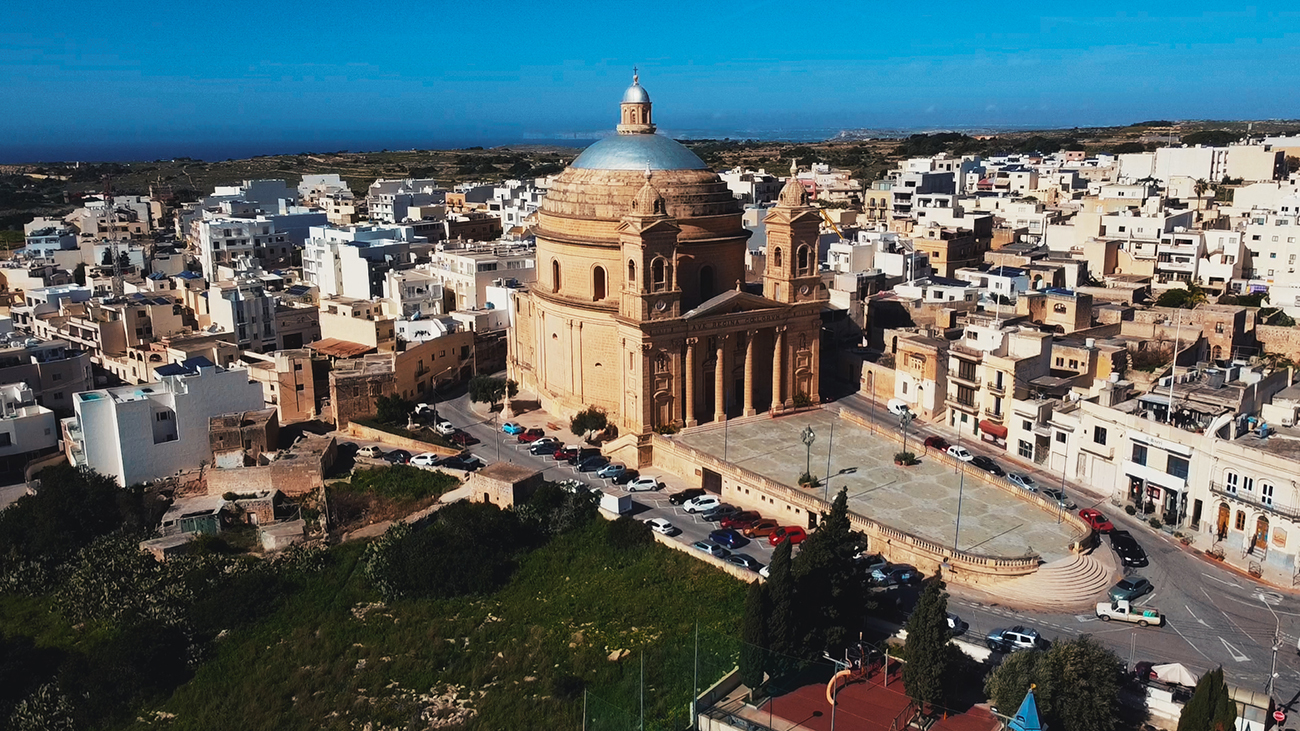 Mgarr became a parish in 1893 when the population stood at around 700. Before that, it formed part of the Mosta Parish in 1610. The first parish priest was Monsignor Glormu Chetcuti, who laid the foundations of one of the most impressive churches on the island. Contributions for the erection of the Church included 5,700 fowl, 920 swine, 620 rabbits, 600 lambs and goats, 13 calves, and 360,000 eggs. The Church itself is shaped like an egg. The not-so-perfect oval design was so unusual that no architect dared design it until Gamri Camilleri – the roofer and Mr John A Cilia – the headmaster volunteered to do the job, which proved to be a masterpiece.

The villagers are devoted to their patron- the Blessed Virgin. The M for Mary dominates the parish coat-of-arms designed by the much-beloved Salomone, who served as parish priest from 1931 to 1954. The village feast is celebrated on the first Sunday after August 15. During the procession, carrying the statue is such an honour that bearers pledge offerings, which are distributed among charitable and missionary institutions. The rest goes for the upkeep of the Church.

Mgarr has two important prehistoric sites: Ta’ Hagrat, which is still in a good state of preservation, stands in a field near the village centre; Ta’ Skorba, excavated in 1963, lies just outside the village.

Mgarr’s history is that of a farming community patronized by various of the Mdina patrician families. The King of Sicily granted Mgarr to the Inguanez family, and over time they sold it to the Falsone family. Over time, the land was split up and given to all descendants.

Mgarr today has grown quite large, though still considered a country town with fresh, clean air away from the major industrial cities of Malta.

Mgarr is very popular with locals and foreigners alike for the numerous small and family-run restaurants situated in the village core, specializing in rabbit. Rabbit forms part of traditional Maltese fare and is prepared and cooked in varied succulent dishes. The main dish is rabbit stew and pasta, typically referred to as a ‘fenkata,’ and entire families or large groups gather to share the experience.

Mgarr is also strongly connected with a much sought-after strawberry fair alias known as Festa Frawli, typically held annually in early April when the strawberry season is peak.

Places of Interest in Mgarr

Mgarr is very popular with locals and foreigners alike for the numerous small and family-run restaurants situated in the village core, all of which specialise in rabbit. Rabbit forms part of Maltese traditional fare and is prepared and cooked in varied succulent dishes. The main dish is rabbit stew and pasta, which is typically referred to as a ‘fenkata’ and entire families or large groups gather to share the experience.

Mgarr is also strongly connected with a much sought-after strawberry fair alias known as Festa Frawli typically held annually in early April when the strawberry season is at its peak.

These temples date back to megalithic times and are a UNESCO World Heritage Site. They are localised close to the Ta’ Skorba Temples, which date back to roughly the same period. Both archaeological remains have been widely researched and documented.

Golden Bay, Ghajn Tuffieha, Gnejna, and Fomm ir-Rih vie with each for attention in summer. The easiest to reach is Ghajn Tuffieha, followed by Golden Bay, which is reached by a long flight of steps. Gnejna Bay is rather more secluded. Gnejna is well known for its clap slopes, cliffs, and the potential of enjoying sports that require heights – para-gliding, cliff-hanging, airplane model flying, etc.

Not so old are the Thermal Roman Baths near Ghajn Tuffieha. The baths formed part of a villa which included statues and amphorae. Influential members of high-ranking Roman families frequently came to Malta and used this Villa as a stopover on their way to Colonies on the North African coast.

Shopping is limited to basic needs, although the village has its police station, school, and district clinic. Transport by bus is available, but most residents own their transport.

The Southern boundary of Mgarr is formed by the Great Ridge and the Victoria Lines, a fortified 19th Century wall. The Victoria Line was completed in 1897, the year of Queen Victoria’s Diamond Jubilee. The long stretch is punctuated with watch towers, batteries, gun posts and various strongholds. Four forts are positioned along the lines, Madliena Fort, Fort Mosta, Bingemma Fort and Fort Pembroke.

Mgarr’s real estate market has developed considerably over the years. From the tiny village core with its intimate hub of townhouses and the occasional farmhouses on the outskirts, the village has stretched out to encapsulate several 1980s villas, contemporary apartment blocks and converted old farmhouses. Most people living in Mgarr are permanent residents, however, the area offers potential for those interested in investing in a country home, or an away-from-it-all location. 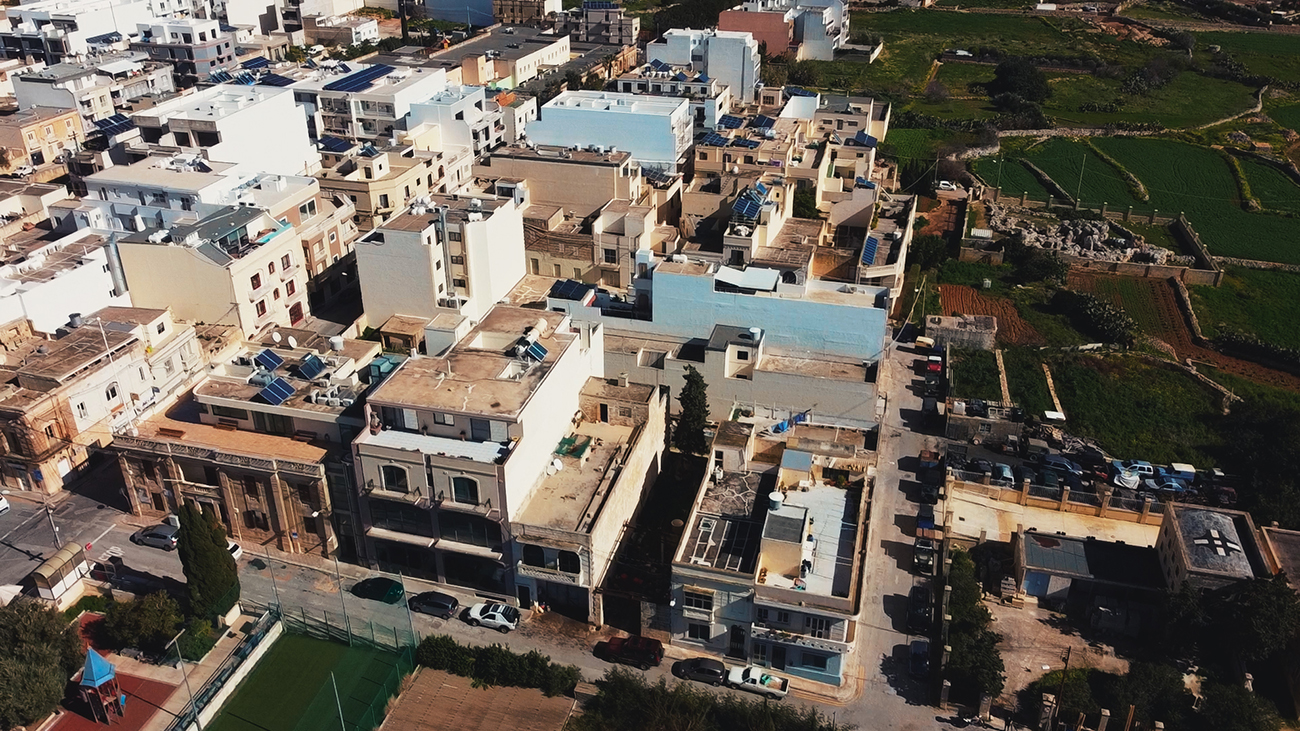 One can find something as basic as a one-bedroomed groundfloor maisonette on to a luxuriously decorated penthouse with roof garden. Many of the older properties offer great potential for restoration and expansion and may come accompanied by their own land or orchard. Many Maltese also search for recreational land in view of having a camping ground with a room as well as planting their own garden. There are circa 200 properties available for sale and to let in this area at any given time, of which 68% are apartments.

Properties For Sale in Mgarr

Properties For Rent in Mgarr