One of The Three Villages of central Malta, Lija or Ħal Lija with about 3,300 inhabitants is cosily nestled next to the busier and larger towns of Balzan and Attard, and completes the trio of beautiful old locations in this part of the island. Quite upmarket and endowed with a quiet atmosphere and serene surroundings, Lija has a long history that goes back to ancient history. 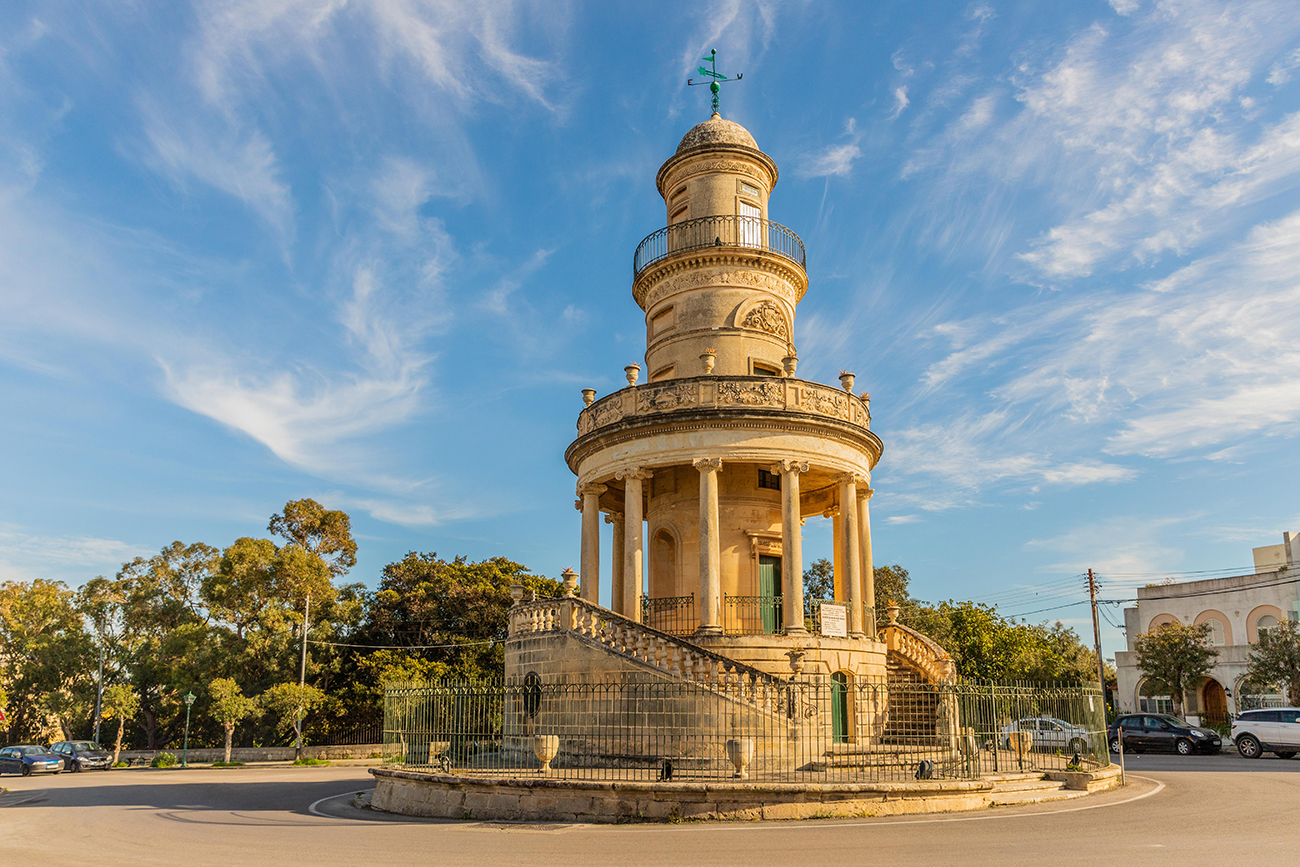 Many wealthy families built summer residences here in the early years of the 20th century, and the Three Villages are still considered an exclusive urban area. Lija has a charming village core of narrow, winding streets and pretty alleys. The moment you wander into this older part of town, you will be charmed by the typical Maltese balconies and the cast-iron pregnant windows holding geraniums of all colours. The buildings adorn with timber balconies, carved stone, corner niches, and iron railings. Like Attard and Balzan, the other two of the Three Villages are so-called because of their similar design, age, and the fact that they merge into each other – Lija boasts extensive gardens and orchards. The village motto ‘Suavi Fructu Rubeo,’ means ‘with tasty fruit I blossom,’ and the area is renowned for its delicious citrus-flavoured honey. It was once known as the orchard of Malta: the village emblem, with three oranges in the centre, recalls that fact.

If you drive through Lija you will notice that it is very well kept. Though it is a quiet town, it is ever so close to all amenities, including the University of Malta, Mater Dei Hospital, and plenty of shopping opportunities. Lija is located practically a ten-minute drive to Sliema, the Malta International Airport in Luqa, and less than that to get to San Anton Palace. Like Attard and Balzan, Lija contains numerous large country residences, many of which have seen various historical events. In 1837, when primary education was introduced in Malta, Lija was among the first to have its school situated in one of the large houses adjacent to San Anton Gardens.

What to see and do in Lija?

The main entrance into Lija is perhaps the prettiest you’ll see. Transfiguration Avenue is lined with Oleander trees and leads first to the elegant Belveder or Tower, an extraordinary construction landmark and point of reference once a characteristic of the gardens of Villa Gourgion, and then into the Church square dominated by the Church dedicated to our Saviour. Lija became a parish in 1594, after the small community detached itself from the neighbouring town, Birkirkara.

The parish church dates back to 1694, designed by the resident architect Ganni Barbara and was further embellished by the patronage of Count Frangisku Preziosi, who contributed to the construction of the twin bell towers and the Obelisk features on the church parvis. It should be visited if only to view the beautifully suggestive ceiling paintings by Giuseppe Cali. Viewing the Church during the Festa period in early August allows an appreciation of the village church decor and the local fireworks and pyrotechnics for which Lija is well known. These displays are very well renowned and claimed to be the best around the island.

The Lija fireworks team also won an international fireworks competition held in Monaco back in 1980. In 2006, the fireworks factory placed second in a Fireworks festival organised at the Grand Harbour in Valletta.

Located to the right of the parish church, one can see Villa Gourgion Depiro. This old and imposing house is historically significant since the 1921 Constitution of Malta was drafted therein.

There’s a small chapel dedicated to the Holy Virgin known as Tal-Mirakli, which refers to a miraculous happening. According to tradition, tears were shed by a picture of the Virgin. Din l-Art Helwa excavated megalithic tombs in 1967, the present village became a recognised Parish in the late 16th century. The town boasts no less than eight chapels and churches and also a Church Museum.

Lija is known for its old palazzos, all of which, from time immemorial, have enjoyed large and luscious gardens brimming with citrus fruits – oranges, lemons, and mandarins of superior deliciousness. Lija incidentally celebrates the Citrus Festival in January.

Little roads and alleyways of noble houses allow one to take several pictures, or make artistic sketches of this typically upmarket Maltese village. It is interesting to note that the large University Residence of the University of Malta is located in Lija and welcomes hundreds of international students each year.

Lija is not of any shopping importance, but its close proximity to the busy towns of Birkirkara, Naxxar, and Mosta means it is only a few kilometres away from it all. A few quiet coffee shops or restaurants may be located at its extremities. The village culture is still strong, and clubs continue to be popular meeting places for locals and neighbouring villages. These are Lija Athletic’s Football Club, Lija Bocci Club, Lija Tennis Club, and Old Motors Club. Also, several religious-culture-related clubs such as the band clubs, the fireworks club, and the feast decorations club.

The real estate market is very sought after because once you own a property in Lija, the likeliness that you will ever sell or move out is practically nil unless you find another home in the area. This makes the supply of property at a very minimum that also keeps prices at a stable growth. 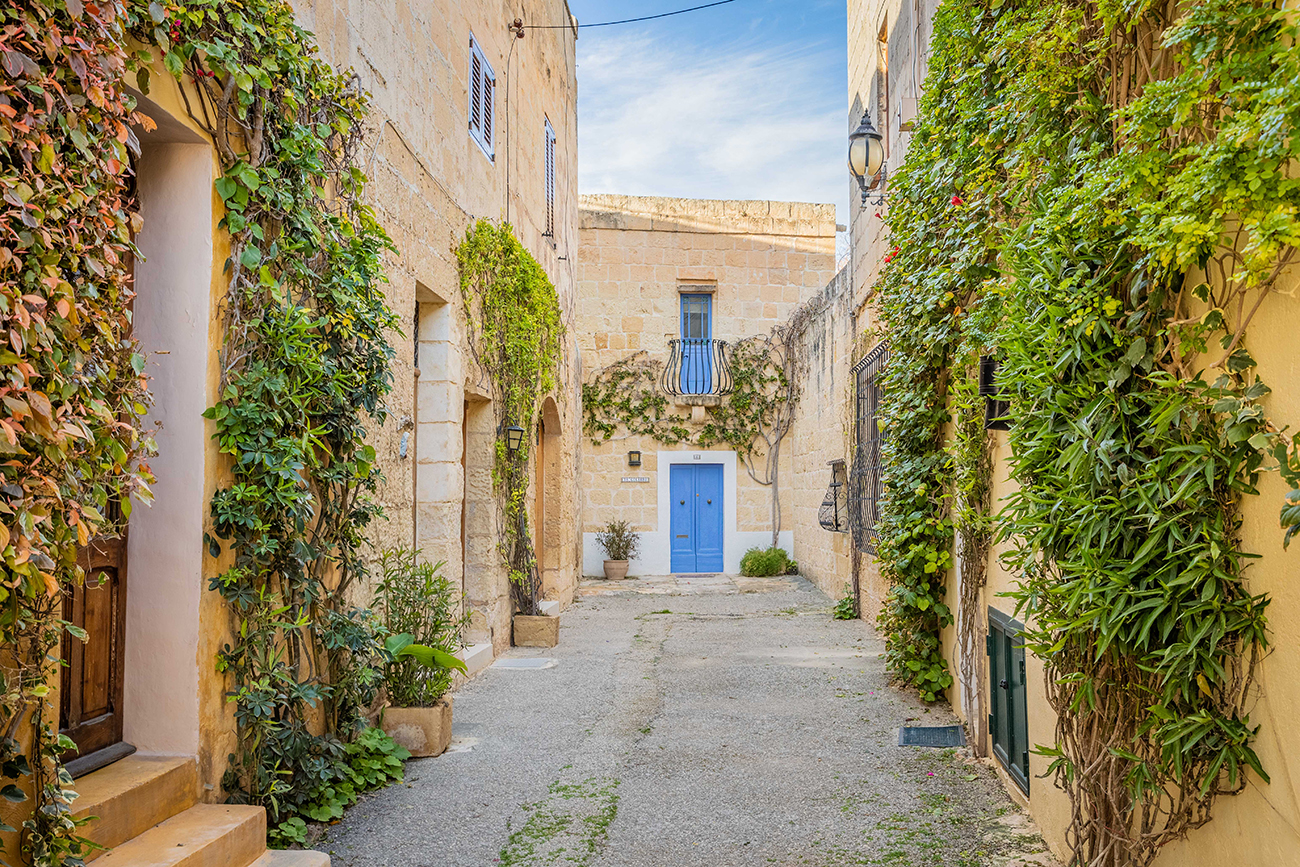 Lija’s real estate market rests on the fact that it is an urban conservation area. All old houses, villas, and palazzos have to maintain their typical characteristics intact. New buildings or developments within Lija have to respect this, and key features of facades include wrought-iron balconies, railings or window embellishments, traditional carved stonework, and typical wooden balconies. This is the place to find the traditional gentleman’s residence, endowed with garden and several beautifully classic features. Though limited, Lija still has some apartments and maisonettes for sale.

Properties For Sale in Lija

Properties For Rent in Lija