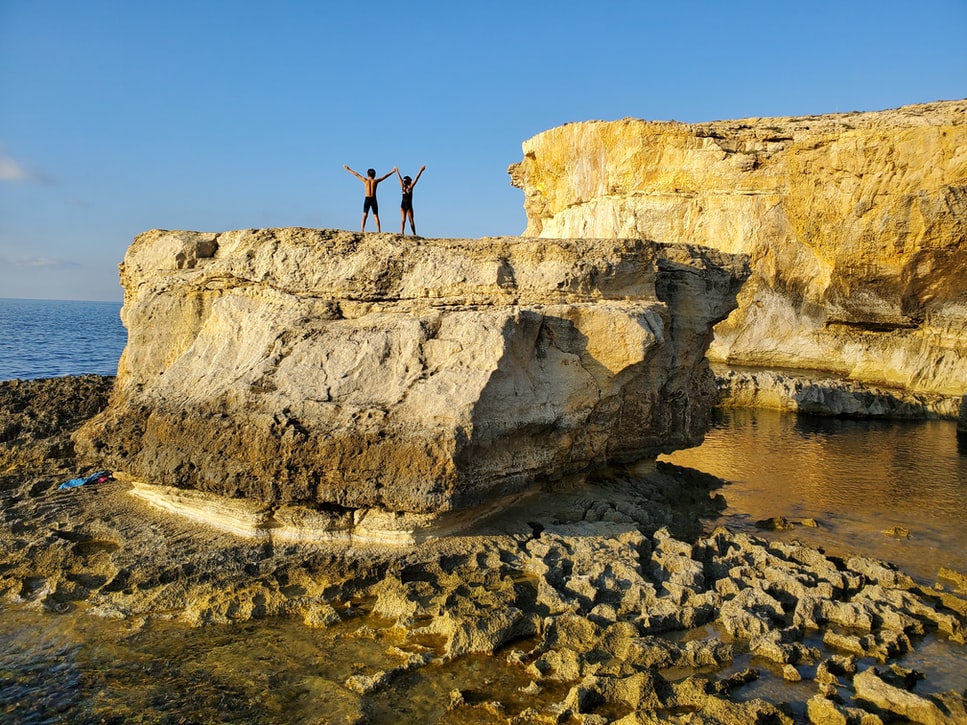 Applying for a Maltese residence varies on several factors. There are different ways of means to apply for a Maltese Residence, here is all the information you need. Read More.

The benefits of becoming a Maltese residence is not only provide a special Tax status of 15% but also allow Non-EU Citizens to have freedom of movement within Europe and Schengen countries. Malta has always been a natural hub for relocation. Applying for a Malta residence Permit is quite straight forward, here is all you need to know about it.

Ever since the 1994 Malta Residence Permit Permanent Scheme and more recently the renewed schemes, Global Residence Programme and the Malta Residence Regulations 2014, the country has seen a steady interest from EU and Non-EU Nationals purchasing real estate in Malta as one of the criteria to obtain the residency status. The benefits of becoming a residence not only provide a special Tax status of 15% but also allow Non-EU Citizens to have freedom of movement within Europe and Schengen countries.

This status is one of the attractions of Malta that has contributed to the growth of the Economy not to mention the real estate market. The difference between the 1994 regulations and today’s new Legal Notices 167 and 270 is mainly the thresholds which were far too low and the inclusion of health benefits, where the applicant must obtain a recognisable International Insurance Health Plan.

Taking up residence in either scheme relatively straightforward. If the applicant is of good standing than the vetting process should not be of any obstacle. Of course, one must use an Authorised Mandatory to apply and received the recommended Legal consultation required to achieve your favoured outcome.

Even though that there are fiscal benefits to becoming a resident of Malta, there are several other reasons why you should consider the Islands in Malta, even just to have a second home. The property market is a solid investment. Age-old tradition and solid banking practises were the savours of the Industry, which made Malta the only country in Europe to see growth in their market. 93% (See Market Report) of Maltese believe in buying property in Malta, which means that due to high demand and limited land prices have remained stable. Depending on the investment one takes, rental yields range between 4%-7% and capital appreciation stands at between 2% and 6%.

The cost of living in Malta is competitive compared to major cities in Europe, dentistry is cheap, whereas the pleasant climate, safe environment as well as the high-level of educational standards are second to none. Malta is English speaking. Over 95% of the population speak English as a second language whereas they also speak Italian and French. Maltese is their first language, which is mainly spoken in villages and at home.

There is a large expatriate community in Malta. Dating back to September 21st 1964, when Malta negotiated the Independence from Great Britain rule, the British have always had a soft spot for the Islands. Back then many British purchased second homes and this has continued to date. Over the years several other Nationalities have chosen Malta as their second home, including but not limited to Swedish, Danish, Norwegian, German, Italian, French, Americans amongst others. Hereunder see the options available for Malta Residency:

Those EU and Non- Nationals wishing to use Malta as their first residence for a longer period than six months and benefit from a better tax regime due to their own High-tax jurisdiction are welcome to Malta. Those applicants will be taxed in the same way as the locals. There is no minimum threshold to purchase or rent a property in Malta. The criteria varies depending on the nationality, in particular if you are from an EU / EEA or a third country National.

There are several criteria that is part of the vetting process – most importantly is the fact that an applicant must be Self Sufficient, in that they may provide for themselves and any dependent. A weekly income of €92.32 weekly for single persons or a €108.63 weekly income for married couples. Otherwise a €14, 000 or €23, 300 minimum capital respectively. €8.15 weekly is required for every dependent. The other major criterion is that the applicant must work as self-employed, be employed or be setting up his/her own business.

A Third Country National must apply for a working permit/license. There are different industries in which qualified persons are provided preference such as iGaming, Finance and IT Industries.

If the applicant is interested in self employment, the third country national must invest at least €100, 000, have a sound business plan and be a highly skilled person, have a status of sole representative of a major company, or be a director of a project that has been approved by Malta Enterprise.

Third country nationals may become ordinary residents in Malta if they are shareholders of a Malta company, provided that any one of the following conditions apply:

The long-term residence status for third country nationals is very similar to that pertaining to EU/EEA and Swiss nationals. In fact in order for third country nationals to acquire long-term residence status, they must legally reside in Malta for a continuous period of five years. During these five years they must reside in Malta for at least 6 months during a calendar year and must not be absent from Malta for more than a total of 10 months throughout the five-year period.

A third country national who is granted a long-term residence status in Malta shall enjoy equal treatment as any other Maltese national in terms of access to employment and education amongst others. It is interesting to note that a third country national who has been granted long-term residence status by a Member State other than Malta may reside in Malta for more than three months to carry out an economic activity in either an employed or a self-employed capacity, provided that he/she is in possession of an employment licence, is pursuing studies or vocational training, or is engaged in other such activities.

The Global Residence Programme is designed to attract individuals who are not ordinary residents, and who are not a beneficiary of other tax programmes the Maltese government offers.

To qualify, applicants must own or rent a property in Malta which they must occupy as their principal place of residence worldwide, and which must be valued at between €220,000 and €275,000 if owned, or between €8,750 and €9,600 a year if rented, for no less than 12 months. In both cases, the location of the property determines the minimum purchase price that needs to be satisfied. Properties in the south of Malta are on the lower end of the scale.

The administrative fee for the application is between €5,500 and €6,000, depending on where the qualifying owned property is located.

Applications for the GRP can only be made via an Authorised Registered Mandatory.

There exists a similar residence programme for EU nationals, known as the Malta Residence Programme, in which beneficiaries may pay tax on all foreign source income at a flat rate of 15% as long as it is remitted to Malta.

There is a flat rate of 35% tax on any other income, which is subject to a minimum annual tax liability of €15,000 per application.

A safe environment, a generous tax regime, a reasonable cost of living and an agreeable climate make Malta the ideal place to retire.

The Maltese government has a residency scheme that caters specifically for those who wish to retire to this sunny island in the Mediterranean. The scheme is open to all EU, EEA and Swiss nationals.

In addition, applicants must receive a pension that makes up at least 75% of their chargeable income and which is entirely received in Malta. Applicants must also reside in Malta for no less than 90 days a year, on average, over a period of 5 years, and may not be away from the island for more than 183 days in a calendar year.

Finally applicants must have medical insurance, must not be a beneficiary of any other tax programme or scheme in Malta, and must not be domiciled in Malta.

The successful applicant will benefit from a tax rate of 15% on any income from outside Malta which is received in Malta, with the possibility to claim relief of double taxation. This applies to the beneficiary and any dependant. A minimum tax amount of €7,500 a year is payable for the beneficiary and €500 a year for each dependant. Any other income not covered by this scheme is taxed at 35%.