The All Important E-Residence Card Malta 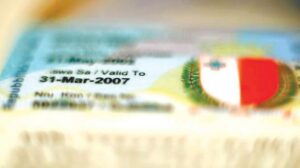 Foreign residents living on Malta and Gozo, may or may not have heard a very important announcement made earlier this year which directly concerns them. The announcement was linked to the European Union Act (Cap.460) which regards Identity Cards and other identification documents.

Non-Maltese people living on Malta need to have a regularly issued identification card (ID card) to accompany them during their stay on the islands. To be issued an ID card or when requiring the re-issue of such, they are now to refer to the Department for Citizenship and Expatriate Affairs within the Ministry of Foreign Affairs rather than the Electoral Office which was responsible for this task up until the end of 2012. An ID card is re-issued after it is lost or stolen, which mishap needs to be reported to the police and a police report presented as proof of the loss or theft. An ID card must also be re-issued if one requires to include a change of surname and/or a change of address.

The new e-Residence Permit System is seeing the registration of identity as forming part of the entire procedure which foreigners must carry out in order to complete the application for residence on Malta. Thus the e-Residence Card as it is now known, will serve a dual purpose, namely as an Identity Card and also as a Residency permit. An e-Residence card clearly indicates that it is only valid for use in Malta (and Gozo) and that is it not valid for travel purposes, unlike the ID cards issued to Maltese residents who are allowed to travel within the Schengen region with just their ID cards.

EU/EEA/Swiss nationals may download their application forms from the Ministry of Foreign Affairs’ website and send it in, duly filled, by post and accompanied by all the required documents in attachment. However non-EU nationals need to visit the Department in person since biometrics will need to be taken in the form of photographic image, fingerprints and signature.

Whilst at face value, it all seems pretty straightforward, as things actually stand, the procedure can be pretty lengthy and may take up to several months to complete. Due to the high number of applications, notification of application usually takes three months to be received by the applicant, and the documents are processed thereafter. However the application is a necessary first step towards Maltese citizenship and in order to reside on Malta or Gozo and live here correctly.

To facilitate things and avoid time-consuming repeat trips to the same offices, foreign applicants who have experienced the entire procedure recommend the following:

This article was written by Marika Azzopardi, a freelance writer and journalist. A frequent contributor to national English language papers and magazines, she writes about a bevy of topics including art, people and life in general. She is also the author of children’s books and short stories, delving into adult fiction from time to time.