Living in The Three Cities – Where Should I Stay? 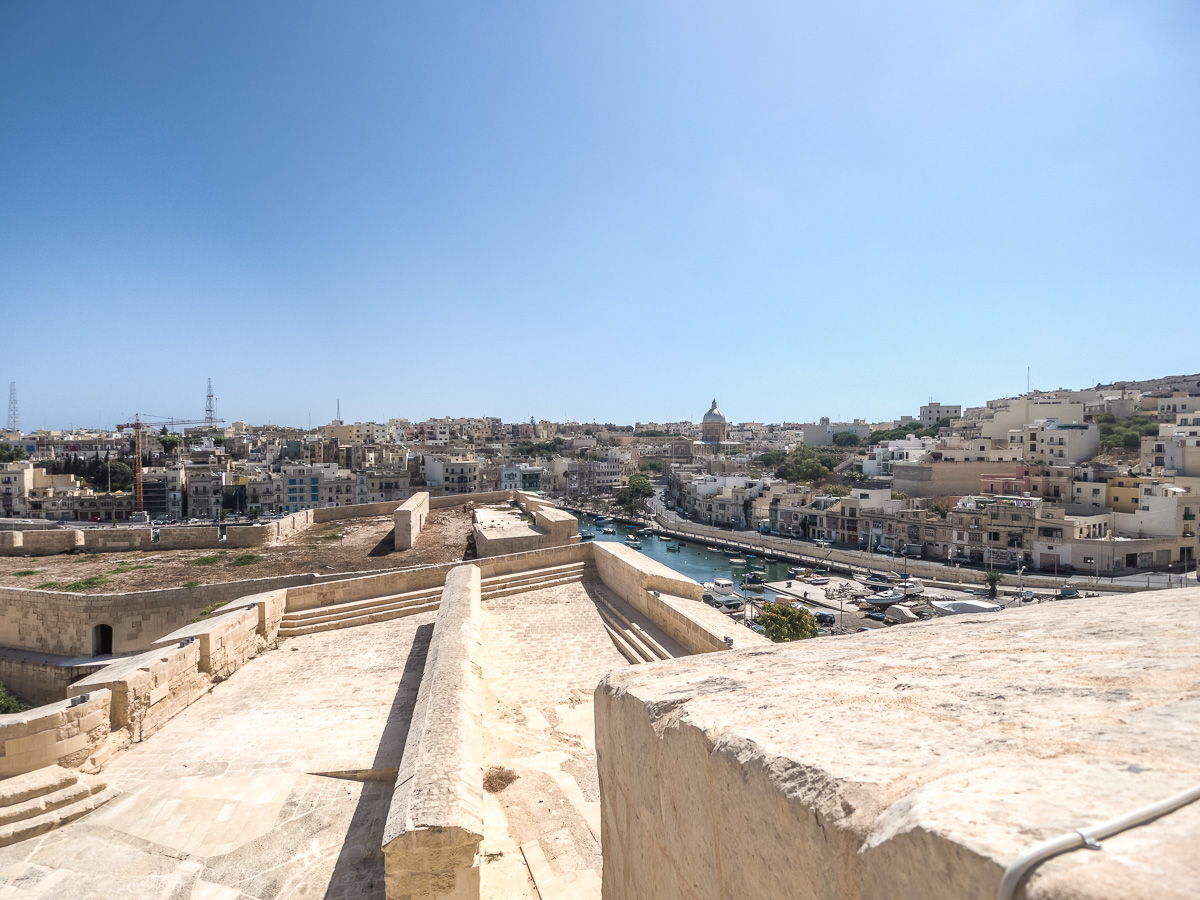 Getting to know about the famous Maltese 3 cities, Vittoriosa, Senglea and Cospicua. 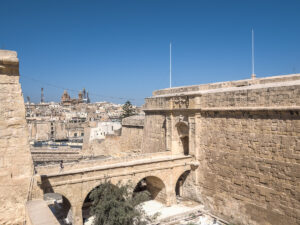 The Three Cities beckon  from across the waters of the Grand Harbour, promising a step back in time whilst being very much alive and kicking.  Located in the deep south of the island,  these cities have a very turbulent background to their credit and have witnessed a great deal of  upheaval over the years. Each of the cities is distinctly different from the others yet all three belong together in a very particular and intrinsic way.  The real estate market in the South is on the up and one should consider buying a property.

The most up and coming of The Three Cities is most certainly Cospicua,  locally known as ‘Bormla’.  This city has seen tremendous transformation over the past years thanks to an infrastructural project that has speeded up the refurbishment and embellishment of the historic space previously utilised as a dockyard and now transformed in a waterside and promenade. Today Cospicua  is promising a revamp also in the way its architectural prowess is being considered. Properties for Sale in Cospicua are on the increase and being constantly sought out also due to the prices of property being more affordable then those of the other two cities. Cospicua 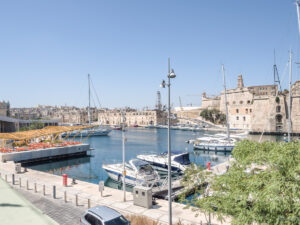 remains the more cosmopolitan of The Three Cities, busier and somewhat livelier  in personality.

Next in line is Senglea, locally referred to as L-Isla, which is characteristically  considered the middle sister of the three. With its long promenade and its fishing tradition, this city is perhaps the quietest of the three.  More contained as a city, than Cospicua,  it has retained much of its character and lifestyle over the years and like the other two cities enjoys a wealth of old buildings with plenty of fascinating character. The beauty of buildings around The Three Cities is that each one offers potential of harbour views and views of the skyline of other parts of the Cottonera region, such as the Cottonera Lines, city fortifications, the newly refurbished Fort St Angelo…. Senglea, like its neighbours, is also appreciated for its waterfront restaurants and cafes.  There is a vast range of homes available for sale in L-isla, being townhouses, apartments or even maisonettes.  The real estate seen is active and developers are seeing Senglea and Birgu as a location of opportunity.

These are also very much present in the city of Birgu. By far the most popular, even with foreigners, Birgu, alias Vittoriosa, is certainly considered the most romantic of the three. It is the first of The Three Cities to have attracted media and real estate attention in a big way, also thanks to its forthcoming and dynamic Local Council, which has actively worked to promote the city even internationally. With its , ambitious  yacht marina and elegant waterfront, Birgu  attracts a wide range of yacht owners, also expansive super yachts. Curiously, it has regularly provided scenic backdrops to international screen films.

Living in any one of The Three Cities provides a multitude of privileges. First of all these locations are imbued with  the feeling of timeless history.  Each of the cities has its own city core with its winding alleys and old Palazzos.  The chance of finding a majestic building ready and waiting to be converted is always there for the taking. More importantly, these locations are just a ferry boat trip away from  the city of 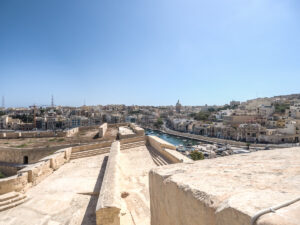 Valletta  and have a regular bus service for those who prefer road  transport. Shopping is not an issue, since each of the cities is self-contained and all amenities are catered for, including banks, post offices, and a fairly busy Health Centre in Cospicua.  For those in love with markets, the outskirts of Birgu are the site of the very large and busy food and household goods market every Tuesday morning. Saturday mornings see a little vegetable market just inside Birgu. And on Sunday morning you will be happy to discover an interesting and curious flea market on the road to neighbouring Kalkara.

For those who love open spaces, The Three Cities are linked with an amazing picturesque waterfront promenade, ideal for strolling, cycling or jogging. Jog your way down to Kalkara for a quick dip in the shadow of the old building of Bighi Hospital if you wish, and take a wide detour down to the Film Complex of Rinella and Smart City close by.  There are already a number of foreign residences in these towns taking advantage of the tranquility and better value for money.  Through the Malta Residence Rules and GRP foreign buyers have lower thresholds to reach in the South of Malta.

This is indeed an area for discovery, curiosity and daily revelations. Living in The Three Cities is literally returning back to a lifestyle appreciated by Maltese forbears, professionals and well-to-do families, artists and poets whose family traditions linked them indelibly to this part of the island.