Birgu (Vittoriosa) is a very old locality on the south side of the Grand Harbour in Malta, with its origins reaching back to medieval times. The town occupies a promontory of land with Fort St Angelo at its head and the city of Cospicua at its base.

In recent years, due to an agreement made by the Maltese Government with the Sovereign Military Order of Malta, this Catholic Order of Knighthood has returned to the Island. This agreement, which has a duration of 99 years, grants the Knights of Malta the exclusive use of Fort St Angelo in the town of Birgu. 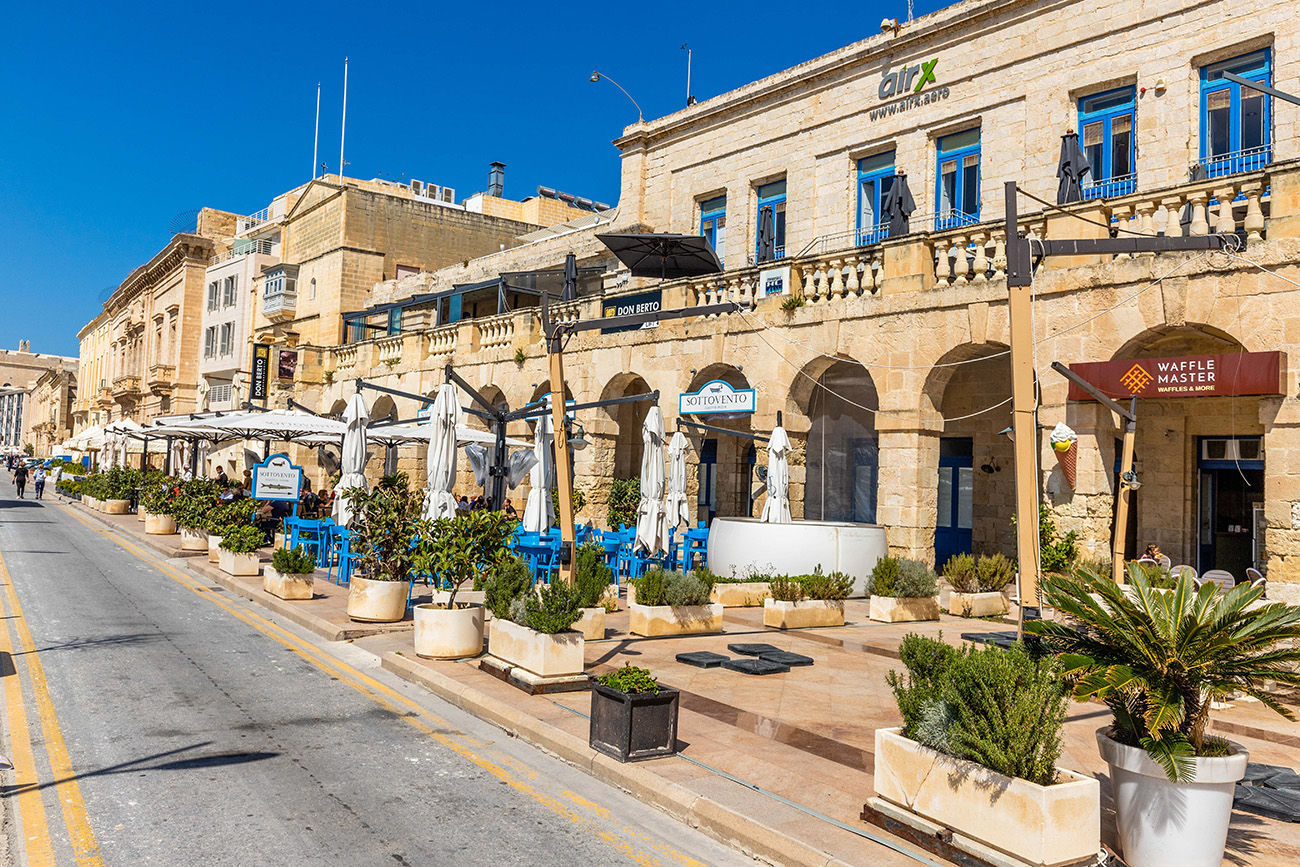 With such great historical importance, Birgu was the chosen place by the Knights of the Order of St John. They needed an alternative site to the old capital of Mdina to guard over their fleets. The Knights of the Order of St John are responsible for the city’s defence, formerly a small hamlet near Fort St Angelo, therefore its name Birgu which comes from “Il borgo davanti al castello.” Thanks to the Knights’ craft and good fate, it became known as Citta’ Vittoriosa, or Victorious City. The city succeeded in resisting conquest during the Great Siege of Malta in 1565.

Birgu is ideally situated for safe anchorage, and over time it has developed a very long history with maritime, mercantile and military activities. Prior to the establishment of Valletta as capital and main city of Malta, military powers that wanted to rule the Maltese islands would need to obtain control of Birgu due to its significant position in the Grand Harbour.

What Places to see and do in Birgu?

Birgu is the location for a number of tourist attractions. The former Palace of the General of the Galleys now a casino and the Order of St John’s treasury home to the Malta Maritime Museum are located in Vittoriosa Waterfront.

Here are some places of interest which makes the locality of Birgu unique from the other neighbouring localities such as Bormla, Kalkara, Zabbar, Paola and Cospicua. Furthermore, one should visit such places of interest when on holiday or prior purchasing Malta real estate in Birgu.

The Vittoriosa 1565 Museum is also found in the locality of Birgu. It is dedicated to the siege and the town’s battle in 1565.

St. Lawrence’s Church is one of many churches in the parish. It was once the Conventual Church of the Order of St John and is dedicated to St. Lawrence of Rome. The feast is very famous amongst locals for the decorations in the neighbourhood. The festivities commence on 31 July and last till 10 August, the saint’s feast date.

Some other churches in Vittoriosa are the Monastery of St. Scholastica and the Our Lady of Annunciation Church, run by the Dominican Order. This church, also known as St. Dominic’s Church, celebrates Saint Dominic’s feast every last Sunday of August.

Malta at War Museum is located at the historic entrance of Birgu. It stands to document the incredible ordeal that the courageous people of Malta and their protectors faced during the Blitz’s dark days.

Birgu was the once home to the Royal Navy in Malta and one of the most bombarded sites during the Second World War. This museum has a combination of attractions such as an exhibition about World War II in Malta, the viewing of an authentic wartime documentary, a visit to an underground air-raid shelter where hundreds took refuge during the invasions. This attraction has recently experienced a complete remake.

The outcome is a new beautiful museum spread on nine galleries. Each of these galleries is dedicated to a given phase of wartime in Malta. The museum display is organised chronologically and exhibits some 10,000 original artefacts related to the subject differing from clothing, equipment, weapons, instruments, printed matter, amongst others.

The Inquisitor’s Palace is situated in the heart of Vittoriosa. It is one of the very few surviving palaces of its kind, which could be found all over Europe and South America at the beginning of modern time.

Several of these palaces surrendered to the ruins of the time or were victims of the French Revolution’s anti-reactionary power. Luckily, throughout its five centuries of history, the Maltese Inquisitor’s Palace forever hosted high-ranking officials representing the Island’s leading powers, who since guaranteed its survival.

The Malta Maritime Museum, housed within the Old Naval bakery, outlines Malta’s maritime history and folklore within a Mediterranean setting. It also demonstrates the global nature of marine and its influence on Malta’s culture. The museum hosts various artefacts highlighting the different eras of Malta’s history tied to the sea.

The museum showcase some unique artefacts, such as the largest known roman anchor globally, the most significant ship type, pertaining to the Order of St John, the complete collection of cannons on the Island, the Napoleonic figurehead of the 110 gunship HMS Hibernia, the 1950s working marine steam engine, and a group of 60+ boats.

Overlooking the entire square opposite the 17th-century church of St Lawrence in Vittoriosa, the Freedom Monument is more than just a masterpiece. It is a human-made hill, an extensive roundabout remembering a turning point in Malta’s modern political history. The Freedom Monument is designed by the local sculptor Antonio Agius, and it commemorates the evacuation of British forces from the Island in 1979. Malta had then been awarded independence from the British in 1964 and became a republic in the Commonwealth in 1974.

Five Auberges of the Knights

Five Auberges of the Knights are also located in Birgu, including the Auberge d’Angleterre. For some time, it was the home of the English Knights of St John on the Island. It now contains a public library. At the Grand Harbour’s center, the 16th-century Fort St Angelo still survives.

The central piazza in Birgu was seriously destroyed by bombardment during the Second World War. Still, one 19th-century palace designed by Giuseppe Bonavia survives and is now being used as the St Lawrence Band Club headquarters.

Birgu boasts a long and rich history, and this is reflected in the Malta real estate opportunities it provides prospective buyers. A broad spectrum of Malta properties is available in Birgu, consisting of quaint farmhouses to old baroque buildings in the narrow streets.

Other Malta properties for sale or to rent such as apartments, maisonettes, townhouses, and houses of character are also located in the area.

It is recommended that you talk to someone specializing in the locality of Vittoriosa that can assist you with any requirements you may have. Contact one of our offices and ask for an expert in the area or any other of the surrounding localities of Birgu. 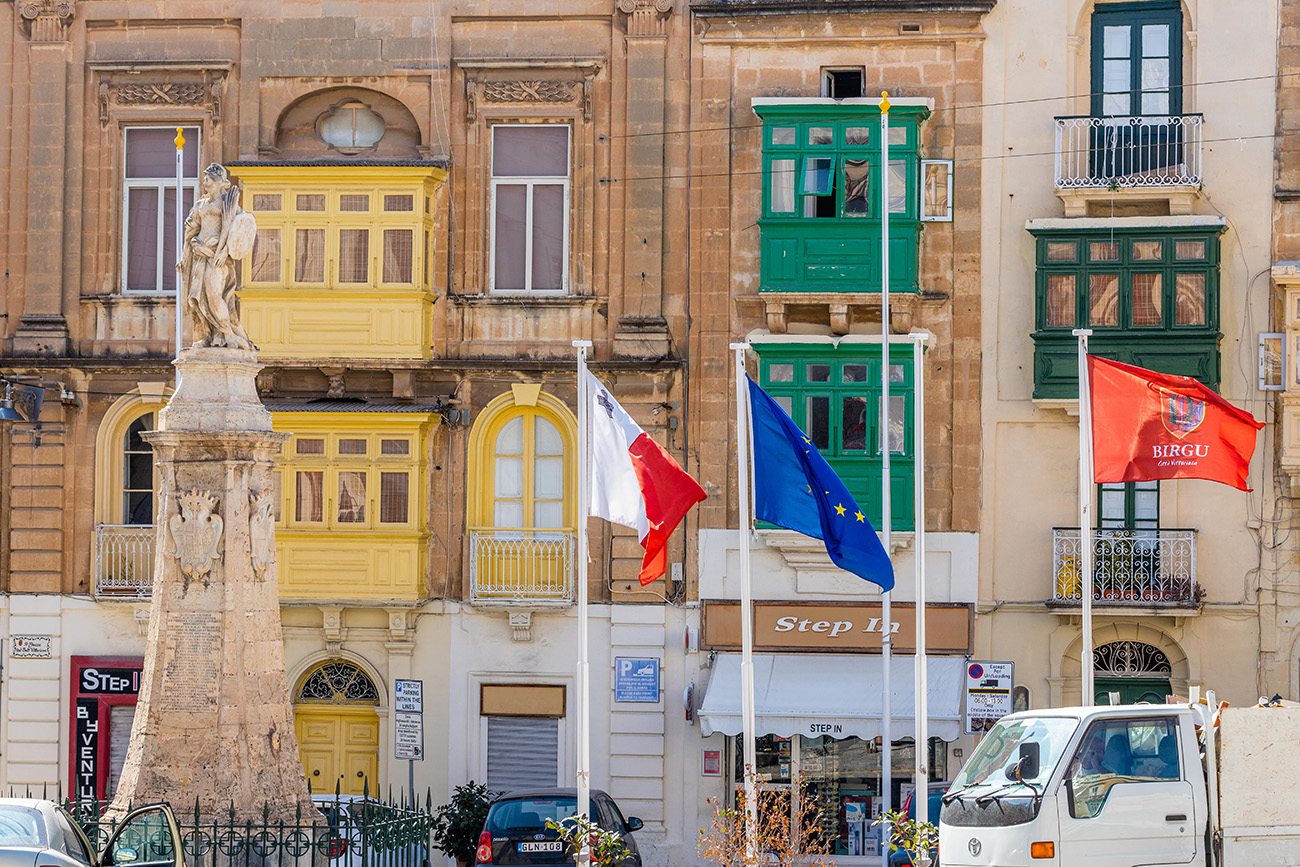 Properties For Sale in Vittoriosa

Properties For Rent in Vittoriosa