Located in the eastern region of Malta, Ta’ Xbiex has a population of 1,804 (March 2014). It overlooks Marsamxetto harbour and is renowned for its foreign embassies as well as service providers such as law firms, architectural firms, accounting firms as well as insurance companies. The Yacht Marina is located in Ta’ Xbiex and houses 720 berths, handling pleasure yachts of up to 22m in length. Therefore it stands to reason that there are several marine services in the area. Ta Xbiex also has many different and fascinating properties, find your Ta Xbiex property for sale here. 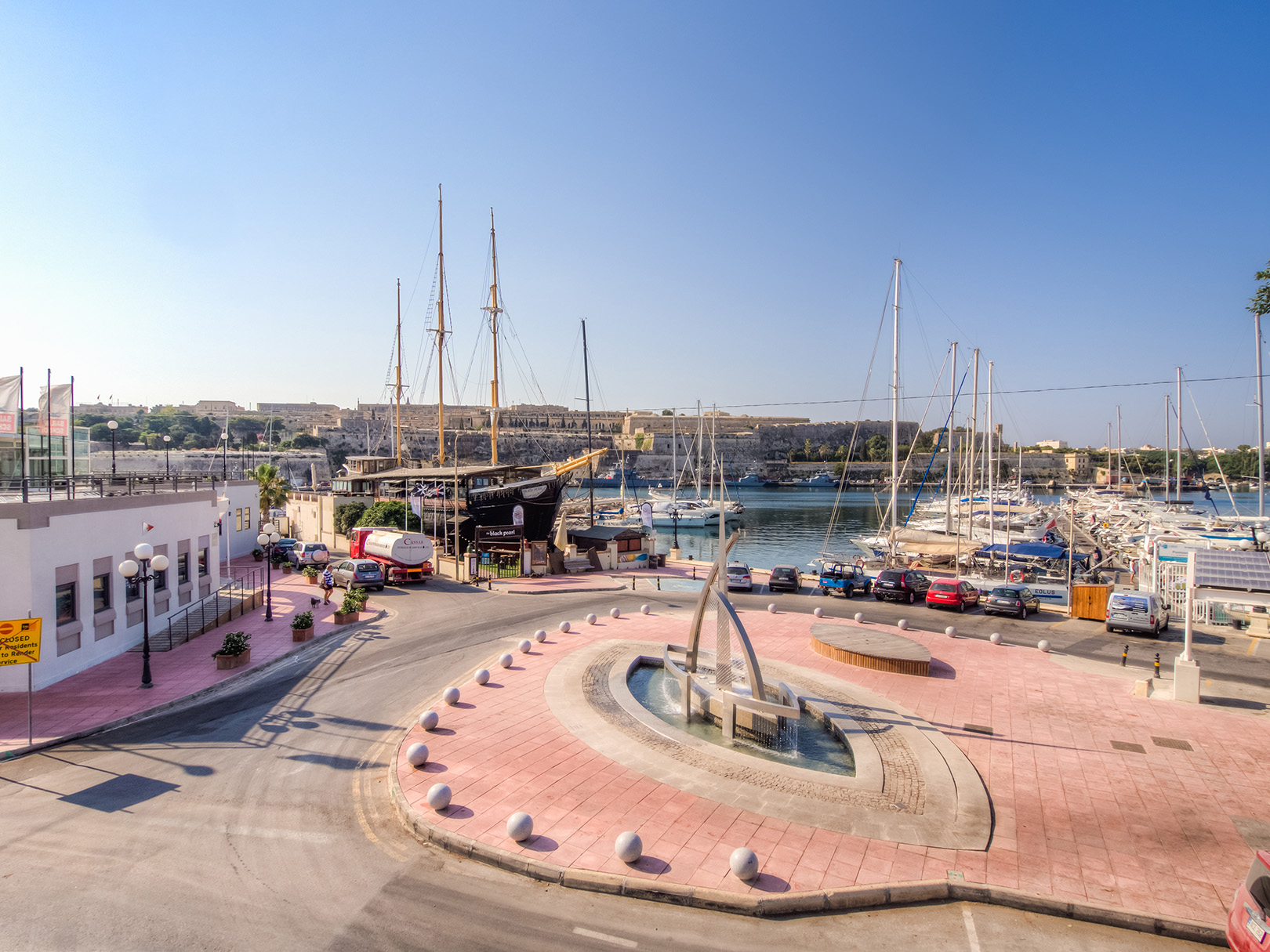 The many restaurants lining the coast take advantage of the location and the spectacular harbour views. The word Ta’ Xbies derives from the word ‘tbexbix’ meaning sunrise. From Ta Xbiex one can see spectacular views of sunrise over the Valletta skyline. Ta’ Xbiex grew slowly from a little fishing village which evolved into a commercial and residential town. It stands between Gzira seafront and Msida Creek. The Msida seafront is a beautiful area to live in, with fantastic restaurants. A vehicle’s wheel is the town’s coat of arms. This represents the Marina.

The oldest reference to the town of Ta’ Xbiex dates back to 1513 where a document in the Archivio di Stato de Palermo refers to Ta’ Xbiex as “Sabese”. St Saba was a Byzantine hermit of the sixth century who formed part of a hermitical community. The community had to flee when Muslims invaded and destroyed their abodes. Several members of the community escaped to Rome where they built a beautiful church dedicated to St Saba. It is possible that some followers of St Saba could have stepped onto our shores and therefore this name may have been bequeathed to a person called Saba or else to the locality itself.

In 1555 it was known as “Ta Xabux in contrata ta Bircarcara”and in 1721, a document at the Malta National Library referred to the locality as “Ta Xibiese”.  It is also possible that the name Ta’ Xbiex derives from the feminine name Sciabase which appears in a 1697 document at the National Library.  This refers to the daughter of a slave named Mehmet who lived in Malta.   However, all this is uncertain.

The parish church dedicated to St. John of the Cross was established in 1969.  However, before this time it was known as Ta’ Xbiex Church Across the Fields – a time when development had yet to take place.  The Maltese Diocese during the 16th century, refers to the chapel as a “giuspatronato di San Francesco Ta Xbiex seu tal Cassis in contrata Bieb il Gzira” and describes various details of the feast celebrated at the chapel.  Like many other chapels its fate was sealed when it fell into disrepair and had to be pulled down or abandoned.

Ta’ Xbiex is known for a quiet and relaxed atmosphere and its promenade is ideal for leisurely walks on balmy summer evenings or brisk winter days. The locality of Ta’ Xbiex lies at the end of Wied Ghollieqa.  The name derives from the original Arabic name “Ullica” perhaps proposing that its proper name should be “Wied Ullica” or “Wied Ulliqa”.

Ta’ Xbiex is a quiet picturesque town which evolved from a little fishing village.  The Yacht Marina lies there and yachts and luxury boats berth there.  These can be chartered for days out at a nominal fee.  It is also interesting to walk down to the water front and look across the sea towards Valletta where one can see the capital city’s streets and the Church of St. Paul.

Looking across Ta’ Xbiex in the direction of Sliema one’s eyes come across Manoel Island in Gzira which used to house The Lazzarretto – a former quarantine facility and hospital for lepers.  It is a complex of various buildings which date back to between the 17th and 19th centuries with most of the structures still existing.  This hospital is in disrepair now and is no longer being used as it is in a bad state due to the damage sustained during World War II and over 30 years of abandonment.  There is a plan for the Lazzaretto to be restored.  It is a complex of various buildings.

Also on Manoel Island one can see the Royal Malta Yacht Club which has been said to be established in 1835.  Around 1896, an association in Malta who owned a 30-ton cutter called  the RHODA formed the Rhoda Sailing Club.  They were mainly interested in cruising but eventually staged races for sailing dinghies and small local craft.  The name The Malta Yacht Club came into existence in 1921 and in 1928 this was prefixed by the word Royal.

The Middle Sea Race is a popular event in Malta with locals and foreigners alike.  This is usually held every October and is approximately 606 nautical miles long and is sailed anti-clockwise, starting from the Royal Malta Yacht Club, round Sicily and back to the Royal Malta Yacht Club.  From Ta’ Xbiex one can get a bird’s eye view of the start of the race and also watch the yachts returning back to Malta.

The Ta’ Xbiex ASC aquatic sports club and Waterpolo pitch forms an important part of the locality.  The club also houses an excellent restaurant which has been established as far back as the 1940’s.

Ta’ Xbiex offers a variety of properties ranging from the newer glass and chrome apartments overlooking Marsamxetto Harbour to the majestic solid older buildings housing embassies and proudly displaying large gardens.  These type of properties are a rarity to the market especially on an island where space is limited so to come across one of these palatial homes to rent or to purchase would be a rare and unique opportunity.

Alternately, living in a modern apartment overlooking the sea and close to the capital city of Valletta as well as in close reach of the Gzira and Sliema promenade would be advantageous to the younger group.  Sliema and Valletta shopping centers are within easy reach f Ta’ Xbiex yet it stands apart, quiet and reserved.

Properties For Rent in Ta' Xbiex