Santa Venera is a town in Malta's outer harbour region region with a population of roughly 6,932 people (March 2014).

Santa Venera is situated between the cities of Hamrun and Birkirkara, which are on the boundary of other Malta localities like Qormi and Msida. On the route heading from Hamrun to Attard, one can find the Aqueduct, which was erected during the period of Grand Master Alof de Wignacourt and transported water to the capital city of Valletta. 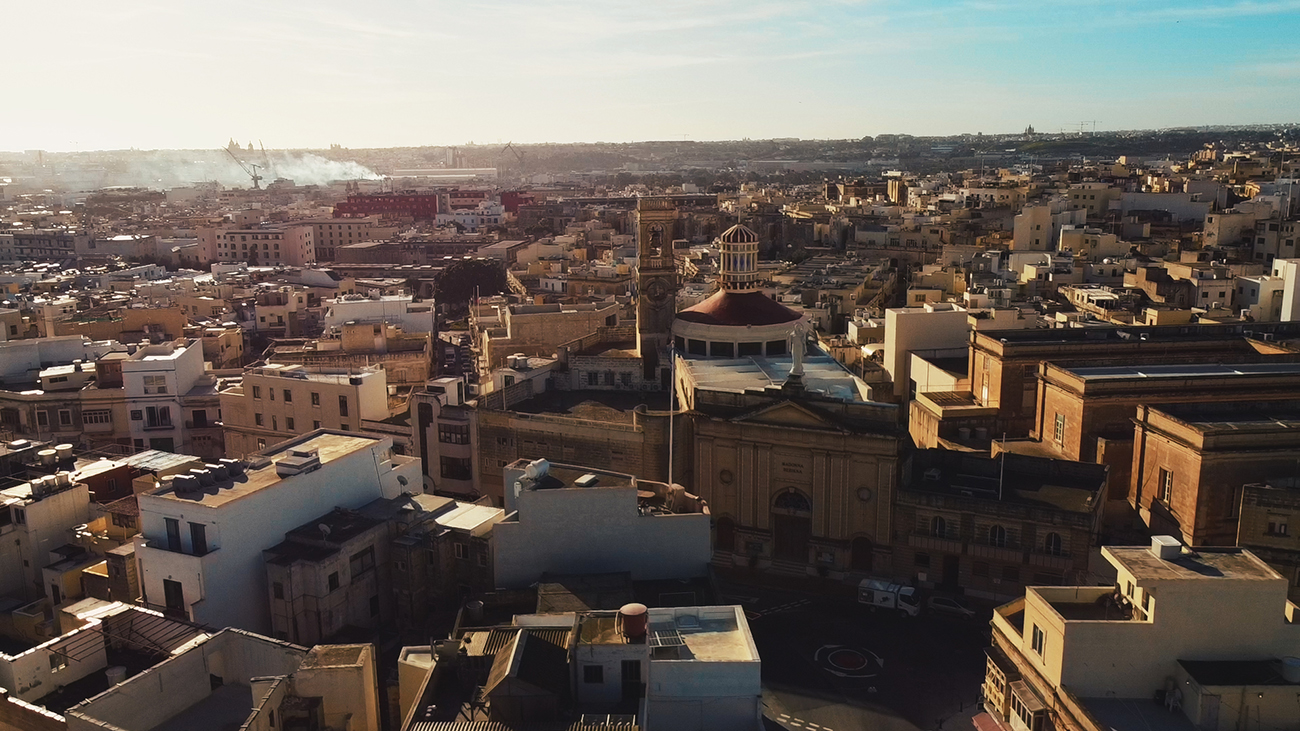 Santa Venera is a busy town located between the towns of Birkirkara and Hamrun. It is primarily a densely populated residential area lying beneath the famous Wignacourt Aqueduct.

It also boasts a palace and a beautiful public garden of Romeo Romano. Santa Venera is a busy residential area comprising of shops and businesses as well as residential homes. It is an urban town with a rural heart. Here you can find all amenities and it is very convenient to have everything that you need within reach.

The locality of Santa Venera is a town located in the central of Malta between the two busy towns of Birkirkara and Hamrun and lies about two kilometres away from the capital city of Valletta.

Santa Venera is one of the towns through which the Aqueduct built by Grand Master Alof de Wignacourt passes. The Aqueduct carried the water from the Rabat to Valletta. The famous palace of Casa Leone which was built by GrandMaster Antonio Manoel de Vilhena and it is located by the side of the arches of the Aqueduct. The Aqueduct passes through the town of Santa Venera. This Aqueduct began construction in 1611 and was finished four years later, in 1615.

A public garden named Romeo Romano is located near the palace. In one of its corners, there is an antique well-kept water mill, and in another area of the garden, there is an intriguing farmhouse that holds a small display of historic agricultural instruments. The public is welcome to see the water mill, as well as the farmhouse and museum. A lovely garden surrounds this mansion, which now houses a ministry.

Santa Venera’s flag and coat of arms are crimson with a white stripe in the centre and three red fleur de lys on the stripe, borrowed from the coat of arms of Grandmaster Alof de Wignacourt, who controlled the islands from 1601 to 1622. When Malta’s municipal councils were established in 1993, the flag was adopted. Santa Venera broke away from Birkirkara in 1918 and became autonomous. Today, Santa Venera is a city with a rural heart.

What to see or do in Santa Venera?

Casa Leone lies by the side of the arches belonging to the Aqueduct.  Its design is attributed to Charles Francois de Mondion who was the French military engineer who also designed Mdina Gate and parts of Fort Manoel.  Casa Leone served as a Maltese insurgent command base during the French blockade.  It later served as a residence of Governors of Malta, a depository of the Museums Department and a government school.  It now houses the Ministry for Sustainable Development, the Environment and Climate Change. It is surrounded by one of the most beautiful gardens in Malta.  The name Casa Leone derives from the four lions that adorn the façade and also because it forms part of the Vilhena coat of arms.

In 1610 Grandmaster Alof de Wignacourt financed the building of the Wignacourt Aqueduct.  The Aqueduct was finished in 1615 and an ornamental gateway was built between Fleur-De-Lys and Santa Venera.

The arches stopped at a tower known as it-Turretta (the Turret) also known as Guard Tower which is also in Santa Venera.  From this tower, water continued its journey towards Hamrun, Blata-l-Bajda, Floriana and finally Valletta, through underground pipes.

The first stone of San Vincenz Chapel was laid in 1876.  This chapel is central to a well- designed institute complex which is the Vincenzo Bugeja Conservatory.

The first church dedicated to Santa Venera was built in 1473 on a rock plain hill between Birkirkara and Msida.  This was enlarged in 1658 and 1688.  The present building which is still in use has some Giuseppe Cali’ paintings.

Living in Santa Venera is very convenient as you can find everything on your doorstep.  You only have to decide what type of property you require and then make it into the home you desire. It is a unique opportunity to live in a place where water was once carried through an Aqueduct, parts of which can still be seen today. Read more about the different regions in Malta.

Properties in Santa Venera mainly consist of townhouses in the authentic typical Maltese style with wooden balconies, wooden beams and typical floor tiles. Many of these Malta properties can be converted into modern homes or simply refurbished retaining their typical feel. Apart from townhouses and houses of character, modern maisonettes, apartments and penthouses can also be found in Santa Venera. It is a town that has all types of properties.

Properties For Sale in Santa Venera

Properties For Rent in Santa Venera