Located in the West Region of Malta, Rabat is a village located just outside Mdina. Rabat means suburb in Semitic and the reason for this is that it was once a suburb of Mdina, the old capital city of Malta. In Roman times the site of Mdina and Rabat was occupied by Melita, the island’s capital. Rabat is high up on a hill and overlooks the island of Malta with views stretching right down to the sea. 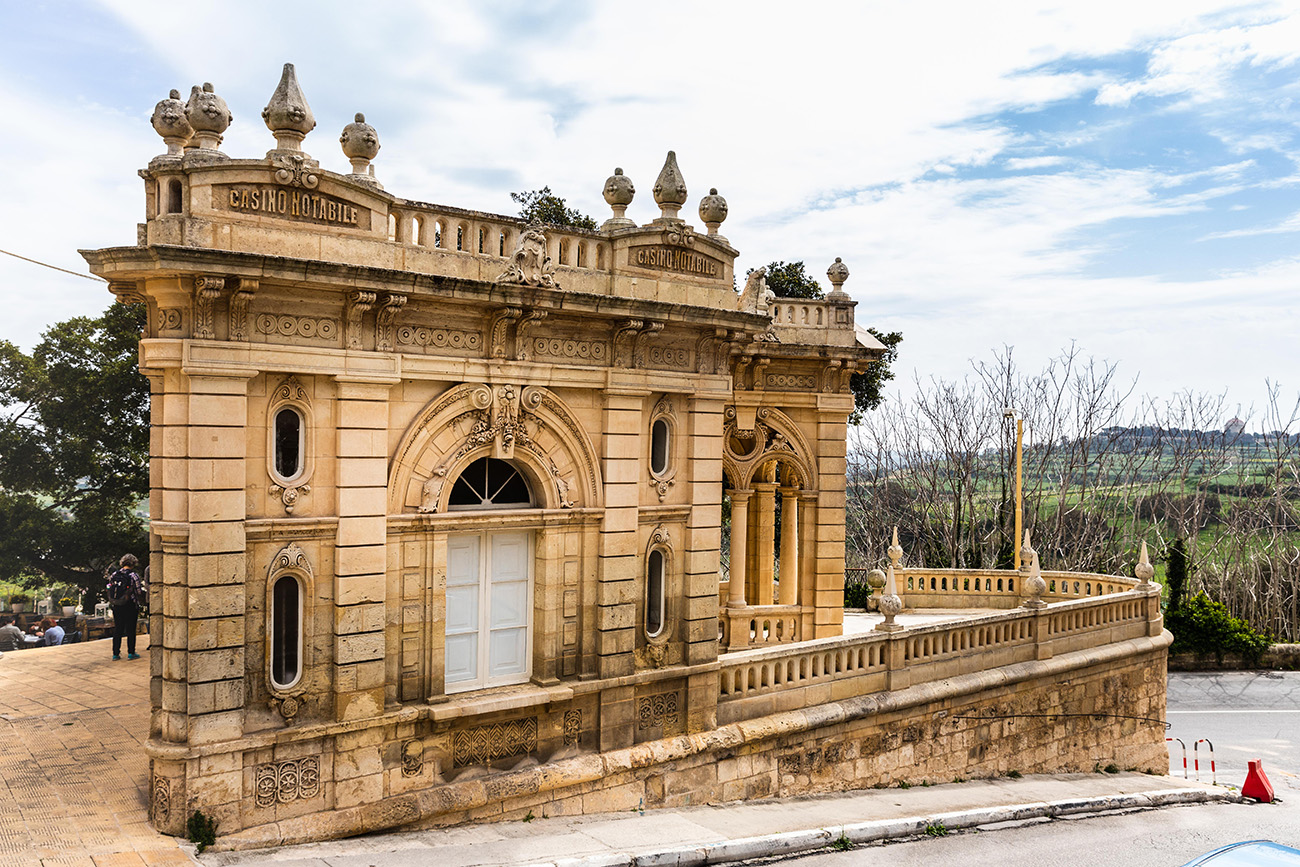 During the Arab occupation of Malta (870-1090) some portions of Mdina became a part of Rabat.  In the 15th century, several religious orders arrived in Rabat.  When the Order of St. John arrived in Malta, Rabat earned a significance for its close proximity to Mdina.  There are many Roman ruins in Rabat as well as catacombs and several cave churches and medieval churches and monasteries as well.

During the late 19th century, under the British Rule, Rabat saw the introduction of the train service between Valletta and Rabat. The railway in Malta is no longer in existence.  In the 20th century the population increased to around 12,000 after the Second World War.

What to See and Do in Rabat?

Howard Gardens are one of the biggest public gardens in Malta and can be found right outside the walled city of Mdina.  These gardens form a natural border between Rabat and Mdina.  There are a few kiosks around with tables and chairs where one can go and enjoy the marvellous gardens and fresh air.

Rabat is home to the catacombs of St. Agatha and the catacombs of St. Paul.  These catacombs were used to bury the dead as it was thought to be unhygienic in those days to bury the dead in the city in Roman times.  These catacoms were not meant to be hiding places during persecutions or as living quarters however,  St. Paul stayed at St. Paul’s Catacombs for three months when he was shipwrecked on the island in 60 A.D.  In the Catacombs of St. Agatha, there are over 500 graves of several types, most of them being graves for children.  Another interesting feature in the Maltese Catacombs is the Agape Table.  The Agape Table (or Triclinium) was commonly found in many hypogea and consists of a circular table with a rimmed basin-top.  The early Christians probably used them for commemorative meals which took place on or near death anniversaries.  These meals were a ritualistic expression of devotion and love for the deceased.

The Roman Villa hosts the remains of a valuable townhouse.  The mosaic pavements in the Roman Villa rank among the finest and oldest mosaic compositions from the western Mediterranean, alongside those of Pompeii and Sicily.  They were discovered in 1881.

Wignacourt Museum hosts an exhibition of Punic-Roman artefacts including ceramics, pottery, portraits, sculptures and much more.  It was once home to the Chaplains of the Order of St. John and it is a well-preserves representation of what life was like for the Chaplains of that day.  The museum is named after Grand Master Alof de Wignacourt.

The ditch surrounding the city was full of caves that were used as graves by the residents.  St. Paul’s Grotto is the foundation site of the Catholic Church in Malta as meeting were held there when St. Paul was shipwrecked in Malta in 60 A.D.  Since then the grotto has been considered as a sacred place.

Casa Bernard is a 16th century palace which combines fine architecture and impressive antique furniture, paintings and objets d’art.  Here you can catch a glimpse of how the Maltese nobility lived.  Casa Bernard has been passed on through generations.  In fact, descendants from its original owners actually still live there today.

Chadwick Lakes or Wied il-Qlejgha is the remains of a river that existed during the Pleistocene era.  Chadwick Lakes are filled by water gathering from nearby fields because of a dam that was erected in the valley.  The name Chadwick Lakes comes from Sir Oswald Chadwick who commissioned the British Government to build the dam in 1886.  Part of the valley was cleaned in the 1990s and the side walls were replaced by rubble stones.  These held strong during heavy water flows and still enabled flora and fauna to congregate within them.  Chadwick Lakes today provides a great family picnic area or a relaxing outing where you can enjoy the flora and fauna together with the small waterfalls.

Rabat lies high on a hilltop and overlooks much of the countryside of Malta stretching right down to the sea.  There are many old houses and traditional Maltese houses in Rabat as well as the modern apartments and maisonettes.  Terraced houses and houses of character are beautiful in Rabat.  With a little bit of imagination and renovation, these houses can be made into wonderful homes.  Many of them retain large gardens and if the property is on the edge of the town, then the views are stunning, whether they look down on Mosta and other Maltese towns or else across the valley and countryside towards Mtarfa. 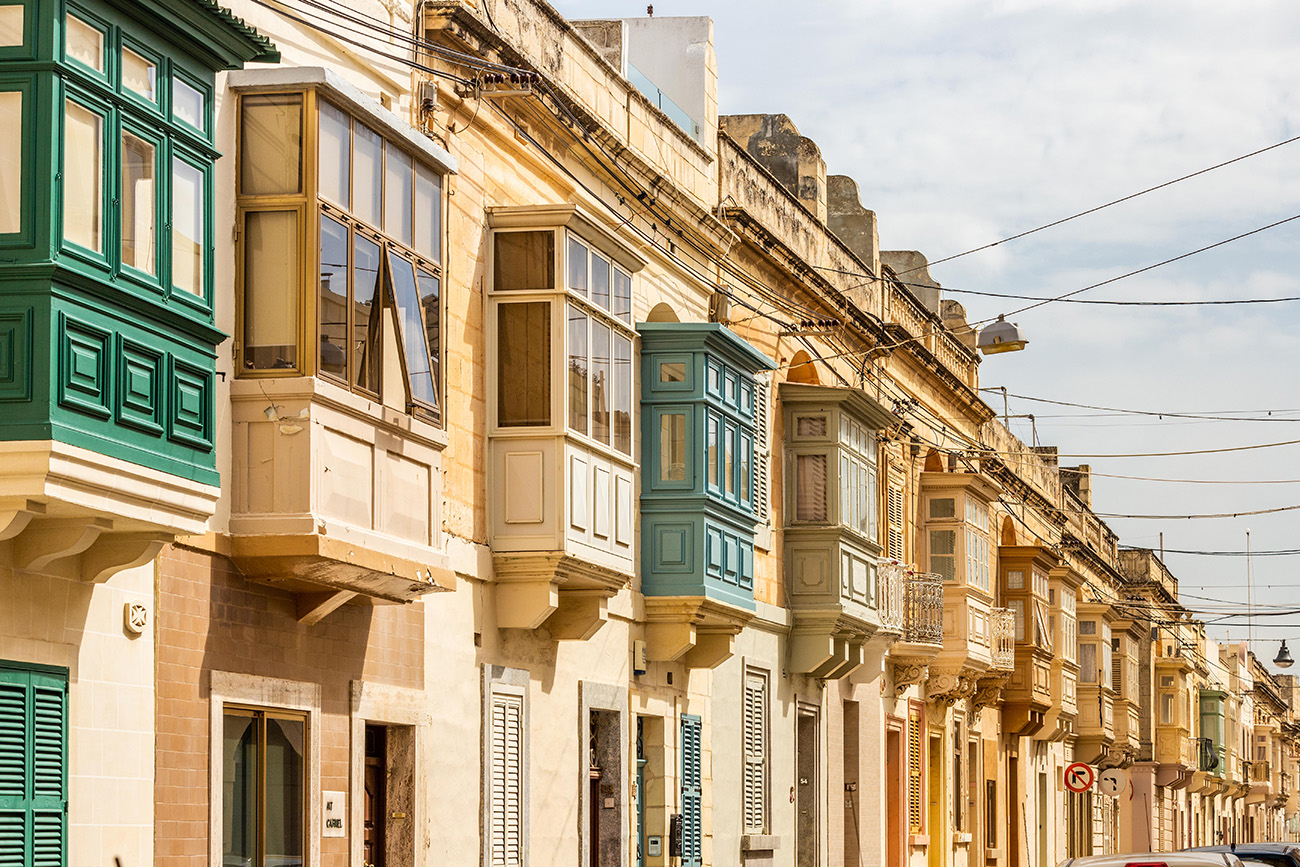 Being part of the village life in Rabat includes attending the feast of St. Paul held yearly at the Parish church where the locals carry the statue of St. Paul through the village streets finishing off at the Parish Church.  The entrance of the statue into the church is triggered off by a wonderful display of fireworks that light up the dark Maltese summer sky.  You can mingle with the locals and taste the local specialities bought from the stands at the roadside where many kiosks line the roads for the occasion of the feast of the patron saint.

Living up in a town such as Rabat is a healthier option to living in any other town.  Rabat is surrounded by countryside and fresh air and is also close to Chadwick Lakes where one can go and relax in the countryside close to streams and waterfalls.

Properties For Sale in Rabat

Properties For Rent in Rabat