Qormi, also known by its title Città Pinto is centrally located in Malta and is the fifth-largest city with a population of around 17,300 inhabitants- a thriving and developing locality. Qormi is recognized nationally as the capital of Maltese bread-making. It boasts the largest number of bakeries in the country, several of which still operate in the traditional manner using wood-fired ovens. 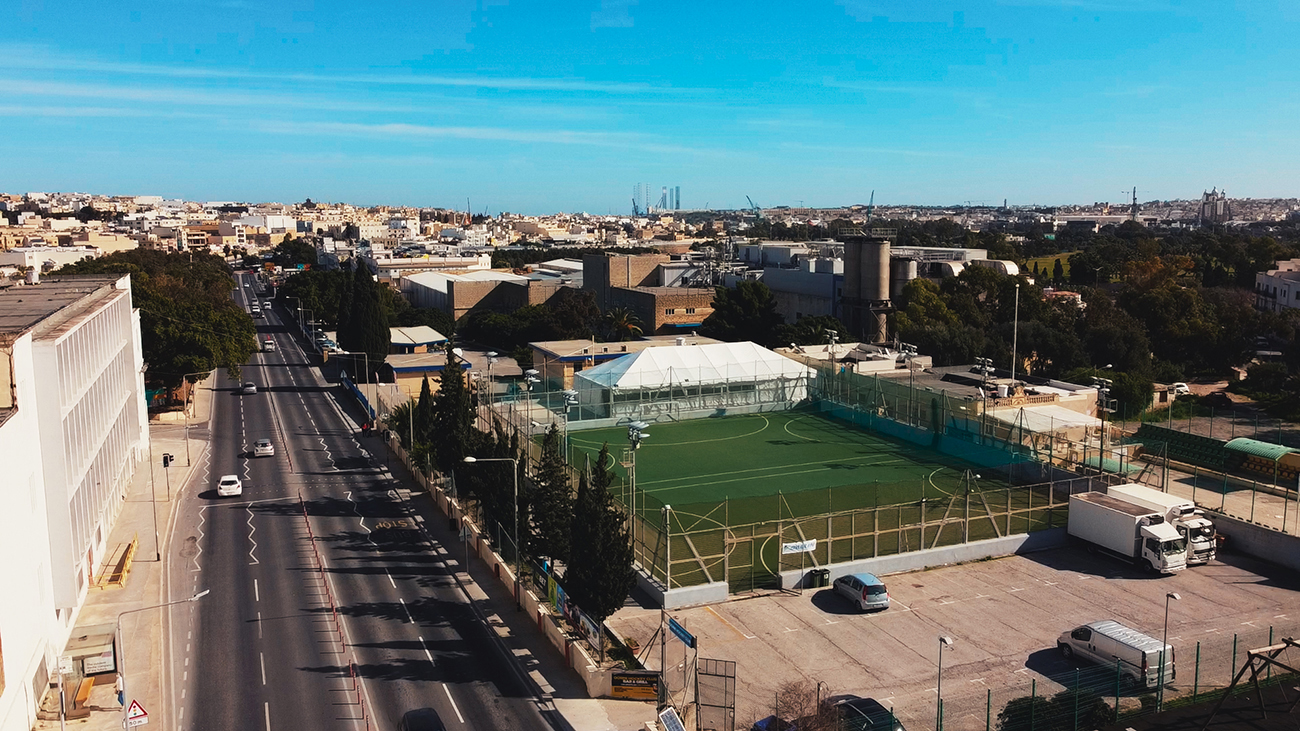 The name Qormi is most likely to be derived from the surname Curmi. Indications show it being inhabited in antiquity. Bronze Age pottery was discovered in the area known as Stabal, indicating humans’ presence. Punic tombs have been discovered at St Edward’s Street and Tal-Bajjada. Ancient Roman remains have also been unearthed in  Wied il-Kbir. However, the chances are that in these times, there were only small communities in the whereabouts of Qormi. During medieval times, Qormi started to flourish steadily until 1743 when Grandmaster De Pinto bestowed his name along with the title of ‘Città’ upon the city. Its motto – ‘Altior Ab Imo’ meaning ‘Rising from the low’ attests to Qormi’s humble beginnings. In 2007, for the first time in its local history, Qormi hosted the national event of ‘Lejl f’Casal Fornaro’, meaning ‘A night in Casal Fornaro’ as Qormi was known hundreds of years ago.

The city also became well-known for its horse racing, horse breeders, and the famous traditional ‘serkin’, otherwise known as a ‘sulky.’

Qormi has two parishes, one dedicated to Saint George and one to Saint Sebastian. The first parish was that of Saint George. The parish of Saint Sebastian was created in 1936 after being made into a subsidiary parish in 1918. This parish’s origins go back to the saint’s statue erected as an act of thanksgiving for deliverance during the plague of 1813 and a small church built in 1880. There are also two valleys in Qormi, Wied il-Kbir (The Large Valley) and Wied is-Sewda (Black Valley). The town is also known for its Good Friday procession from the church of Saint George, which features several life-size statues and over 500 participants.

It is a busy centre for shopping, a large commercial area, and many specialised and select outlets. Qormi is located adjacent to the Marsa Sports Complex, a great land stretch given over to sports and recreational activities.

For those interested in property in Qormi, there is a variety of different types of homes available for sale and rent. From modern apartments and maisonettes to the most luxurious of houses of characters and villas with pool. Many of the older apartments are relatively larger than recent builds. Half a century ago, apartments were built with the intention to house larger families where couples would, on average, have three, four or even five children. During the millennium and beyond, this changed in a way that the quality of new builds grew into a much higher finish whereas apartments’ size slightly decreased. While by European standards, our homes are still much larger on average, flats and maisonettes comfortably house a family of five smoothly.

Places of Interest in Qormi

Summer feasts in Qormi are a big deal. For two weeks in summer, the town celebrates the feasts of its saints. The feast of Saint George is celebrated on the last Sunday of June, while the feast of Saint Sebastian is celebrated on the third Sunday of July. They are hugely acclaimed, with a massive turnout- colours, people, revelry, and fireworks are all guaranteed during either of the town’s feasts.

With Qormi being famous for its horse breeding and racing, the Horse Race Track, just at the edge of the city, is a major attraction and should be visited at least once. This huge racetrack host all of Malta’s horse races.

The Marsa Sports Complex sits partly within Qormi and is a massive complex with a series of fields, tracks, and sports clubs. The biggest and most prestigious is the Royal Golf Club with an 18-hole golf course. Sports facilities within the complex include Rugby, Football, Tennis, Squash, Running, Archery, Basketball, and Athletics.

Pinto’s Lodge is situated in the square near the St. Sebastian parish church. According to tradition, the Grandmaster Fra Manuel Pinto de Fonseca used to shade himself during horse racing. The Lodge (Tribuna ta’ Pinto) was built in 1772. This Lodge formed part of a more significant building that housed the stables of the knights. This building was demolished, and the adjacent square was rehabilitated and named ‘Il-Kortil ta-GranMastru’ The Grandmaster Square. On the 25th of May, Qormi Day, the Local Council organises a music-literary evening, with this Lodge as background. This Lodge was restored in 2002, and it has become the symbol or landmark of the city.

The Maltese Windmill is in structure and layout similar to that of the Balearic Islands. This association comes as no surprise, as it was the Majorcan Grandmaster Cottoner who encouraged their construction. The windmill consists of a central tower around which several rooms form the windmill’s rectangular base. These rooms served as the storage area and the living quarters of the family operating the windmill with the grinding apparatus lie in the upper part of the circular tower.

The Qormi windmill has been out of use for some years and can still be located near the Mrieħel bypass. A similar windmill, found at Tax-Xarolla in Zurrieq, has been restored.

Although Qormi is a bustling city, it boasts high-end property on the outskirts with its lush green and the city centre where old palazzos and big townhouses are found. Qormi’s quaint and intact properties boast gardens and pool areas, set within the traditional Maltese limestone atmosphere. Both converted and unconverted, townhouses are to be found in plentitude due to the area’s long history. Usually, they make ideal family homes and bachelor pads with their seemingly natural ambiance of comfort. Modern and newly built houses are available too, along with designer maisonettes and penthouses. 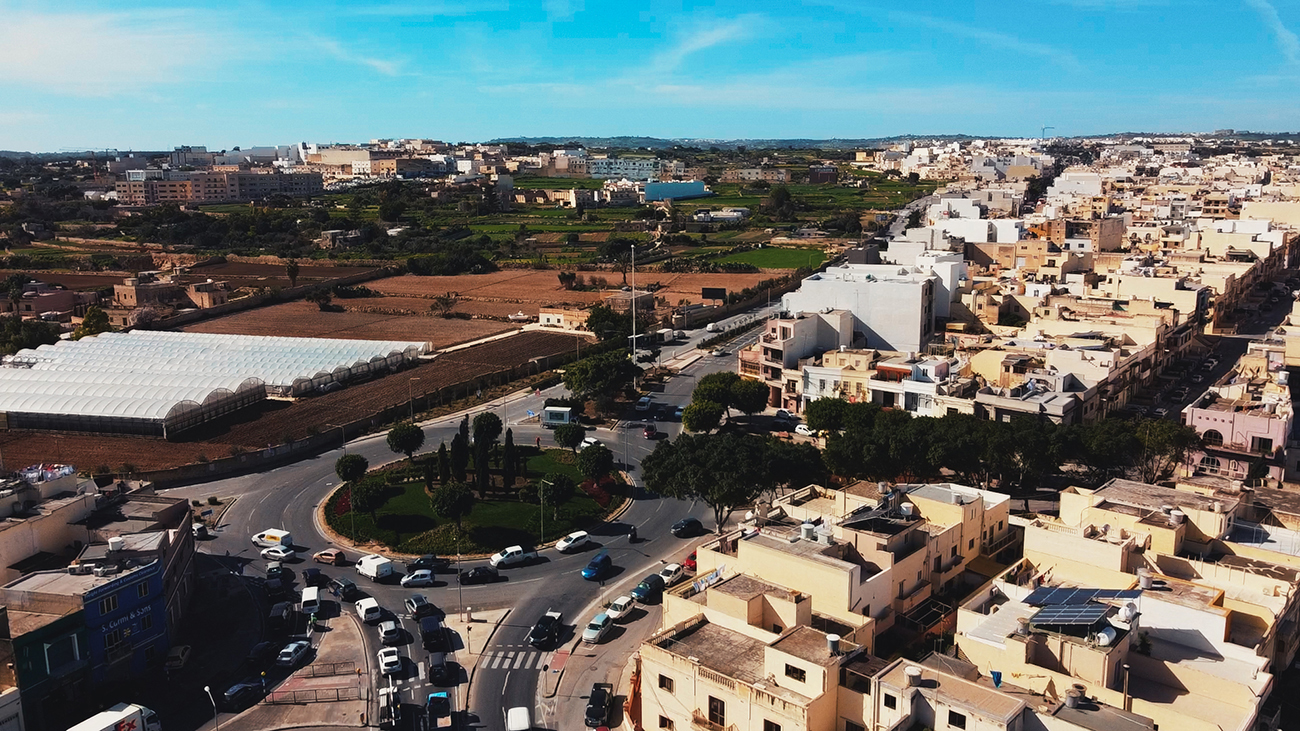 Properties For Sale in Qormi

Properties For Rent in Qormi