Located on the north-eastern coast of Malta, Qawra is quite a new town belonging to the locality of St. Paul's Bay. Adjoined to Bugibba, it is just as valid as a seaside resort and tourist hub. It started growing as a residential location during the 1960s thanks to the construction of a number of hotels that attracted tourists, mostly from the UK. 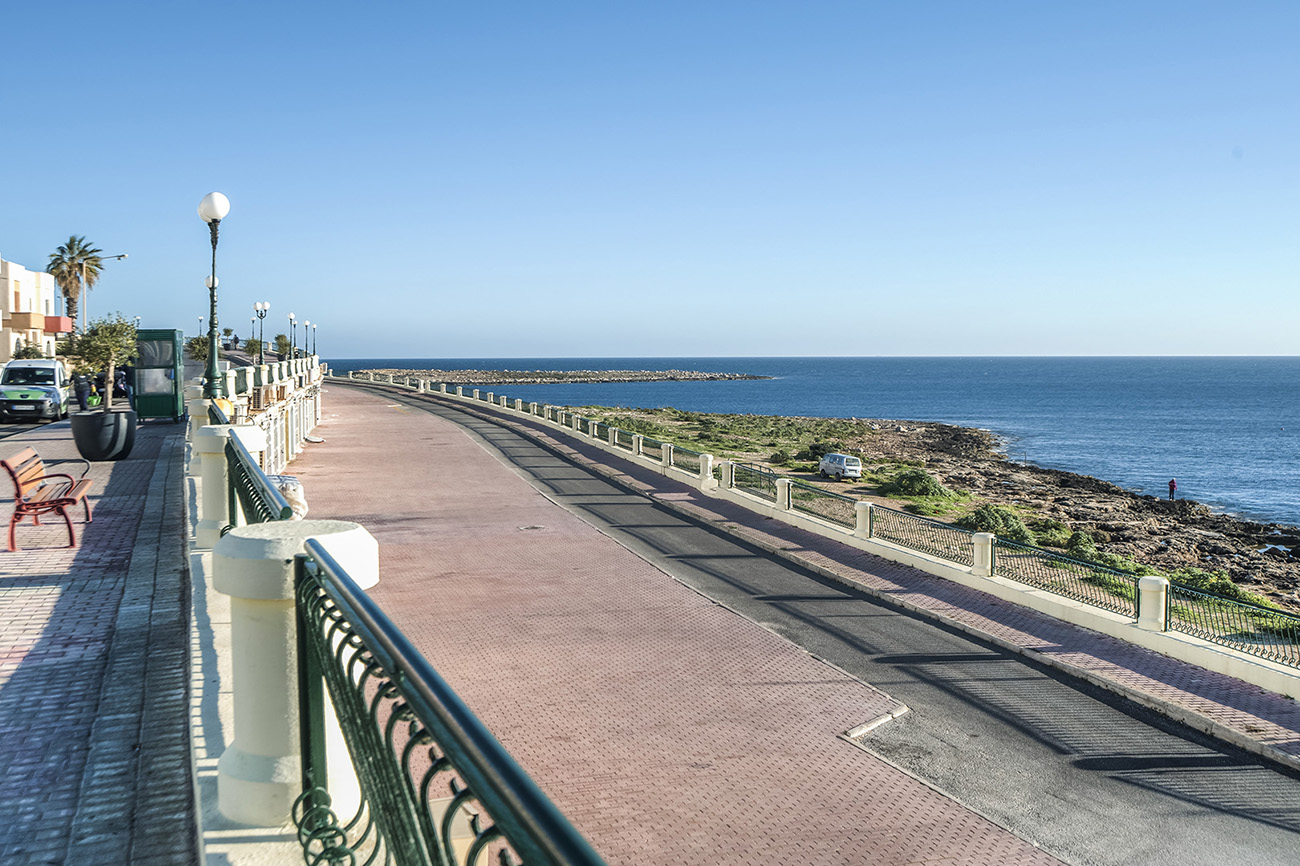 The Qawra Tower was built by the Order of St John in 1638, and in 1715 a battery was built around it. In 1760s, an entrenchment wall was added. Now the tower and battery are converted into a restaurant and one can still see parts of the entrenchment.

A small temple bordering Bugibba and Qawra was unearthed between the 1920s and 1950s. It was discovered by Themistocles Zammit, a Maltese archaeologist. Two stone blocks, one carved square, and one rectangular with carved fish, were located during the excavations. These blocks are exhibited in the National Museum of Archaeology in Valletta. The megalithic temple is now found on the Dolmen Resort hotel premises close to the swimming pools.

What to see and do in Qawra

The Qawra parochial church is devoted to St Francis of Assisi. Both Qawra and Bugibba incorporate with the parish. The parish celebrates the feast on 17 September, where it commemorates the impression of the stigmata on St Francis. In December 2004, the Qawra church began operating as a parish. The church was built to the plans of architect Richard England. Most Maltese parishes are in the Latin cross style, but this one is a modern style church.

The promenade around Qawra Point offers undisturbed sea views and a lovely opportunity to enjoy the fresh sea breeze.

The oldest attraction is the Qawra temple, consisting of a series of megalithic temple ruins surprisingly located adjacent to the Dolmen Hotel’s swimming pool. This hotel was named after the ”dolmen”; – a horizontally placed megalithic stone found at these ruins and typical of the Neolithic era. A stone slab carrying fish designs and probably created by a fishing community of ancient times was also discovered there.

The Malta National Aquarium, which was inaugurated in 2013, provides an exceptional opportunity to view typical Mediterranean fish as well as diverse marine species from around the world.

Qawra Tower, alias Fra Ben Tower is one of a series of 17th Century towers located in various parts of this part of the island. All harked back to the Knights of St John’s times and were constructed to observe the coastal shores and the sea beyond identifying possible invading fleets. This particular tower was one of a chain of lookouts that also allowed communication from the island of Gozo to the city of Valletta. Nowadays, the tower is converted into a restaurant with the battery serving as a swimming pool after massive modifications.

Dive centres, dive schools, and watersports centres are top-rated here and attract a considerable number of local and foreign diving enthusiasts as well as water sports enthusiasts who can enjoy skiing, jet-skiing, snorkelling, paddling, canoeing, boating, and much more. English language schools usually draw a good deal of people to this town. Many of these schools host students within local hostels, hotels, or self-catering apartments.The local bus service is efficient and provides regular and uninterrupted transport to and from Qawra, wherever one may be on the island. If you are relocating to Malta and you are after schooling for your children, several private schools also offer transport.

The Malta Classic Car Collection Museum, with its attractive variety of classic cars dating back to the early years of automotive development, also homes several vintages and antique paraphernalia such as jukeboxes, cameras, and gramophones.

The Oracle Casino is one of the most popular casino establishments on this part of the island, offering table games, poker tournaments, and fine dining opportunities.

Right off the coast of Bugibba, a few minutes’ walk from Qawra, one can view a small piece of land known as St Paul’s Island. It’s the spot, where according to locals, St Paul shipwrecked in the 1st Century AD before starting preaching Christianity to the locals. The small island is worth a visit by booking a boat tour. The trip lasts a couple of hours.

Bugibba Harbour is worth a visit with the little marina housing several fishing boats decorated with local symbols and patterns, giving a nice touch of uniqueness to an international touristic resort.

Bars, Restaurants and Shops in Qawra

The Empire Cinema Complex is a 2D and 3D cinema in Bugibba and is a great crowd puller showing major film releases daily. The complex is popular all year round comprising of a restaurant and cafeteria. The Empire Cinema Complex is the only cinema located in Malta’s northern area, making them the most suitable venue for locals and foreigners in the neighbouring areas, including some of Malta’s most sought-after resorts.

Buildings in Qawra generally do not pre-date the 1960s. Therefore one can view any architecture spanning the entire late post-war period from the 1960s through to the present day. Today, most of the finer earlier buildings are slowly being restored to a distinctive Retro look. Those which were constructed during the boom of the late 1970s and throughout the 1980s are more likely to experience demolition and are typically replaced by newer state-of-the-art apartment blocks where the onus is on compact modern living coupled with sea view potential. 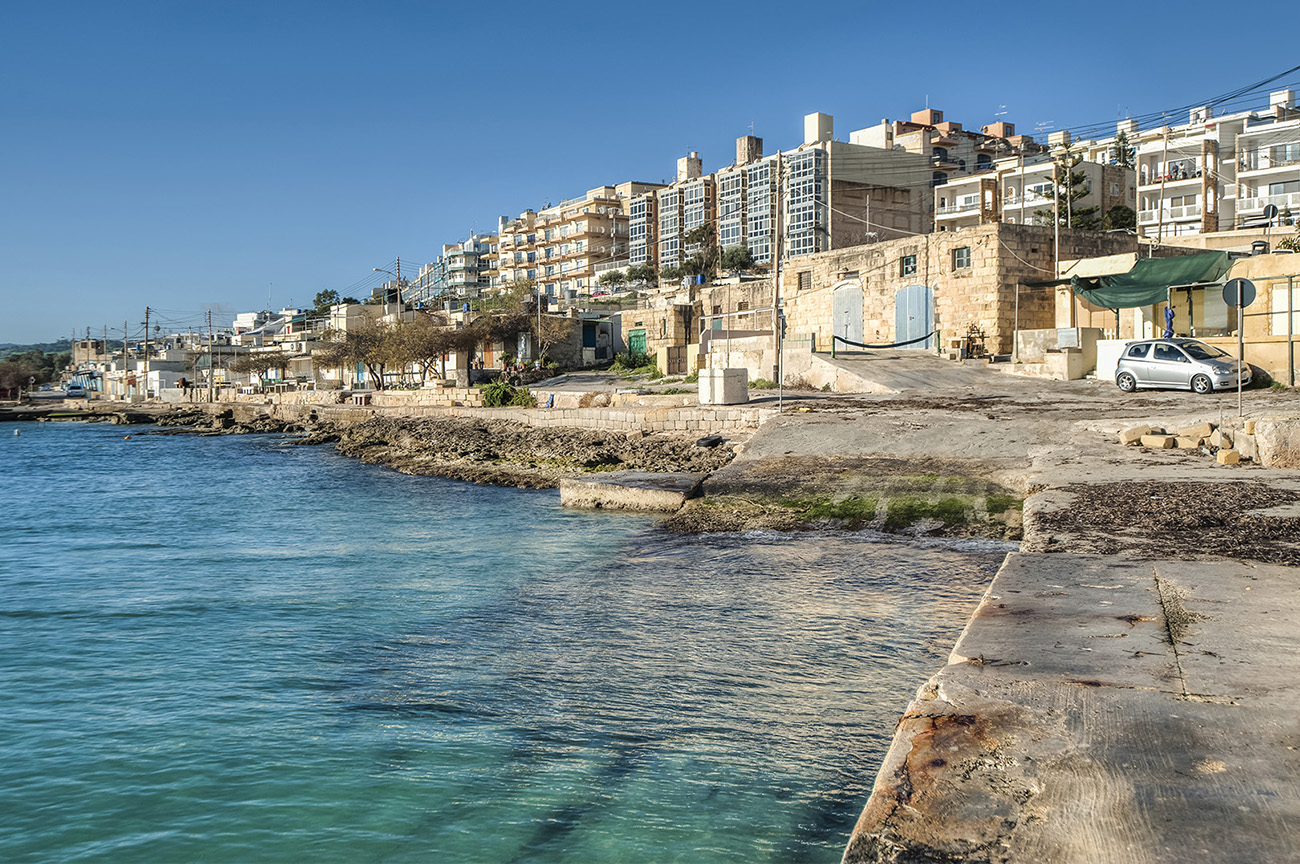 New blocks have taken over large plots. The apartments are generally ampler in size and enjoy big open terraces and wide, combined spaces. Although still favoured as a summer residential area, several property owners remain established in Qawra all year round. Today Qawra enjoys an entire gamut of property investments of varying sizes and adapts to diverse budget limitations. Many foreigners love it here so much that they invest in holiday rental opportunities that are let out regularly to other visiting foreigners via agency rental systems.

Properties For Sale in Qawra

Properties For Rent in Qawra