Located in the Northern Region of Malta, Mtarfa is a small town with a population of 2,572 (March 2014). Until 2000 it was considered to be a suburb of Rabat and later became a separate local council.

Mtarfa is the highest town in Malta and it is an ex-British army base. It is set on a hill of fertile land just across the valley from Mdina. 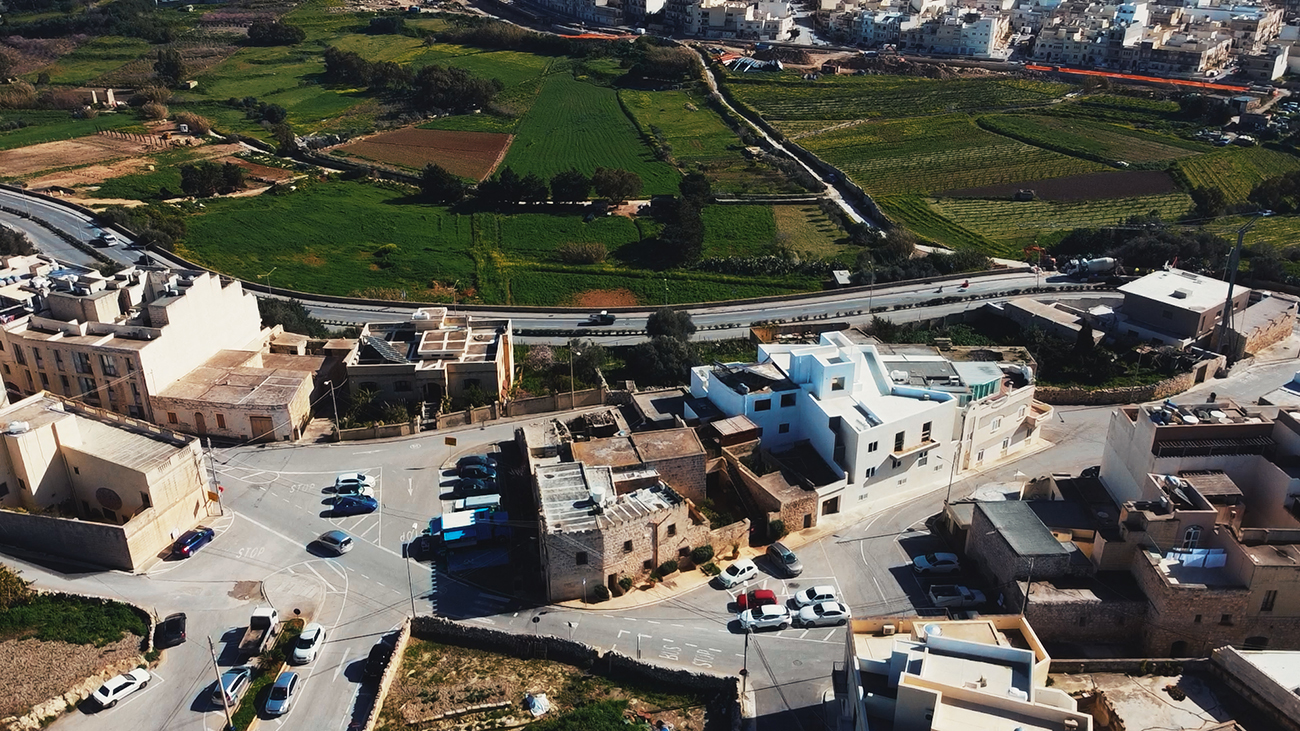 In the late 1800s, the British Army turned Mtarfa into a Military Base and residential area for the British Services personnel stationed in Malta. They built barracks, a clock tower, a cemetery, a military hospital and also a secondary school.

The word MTARFA means on the edge.

Prehistoric remains are evident in Mtarfa. In fact, silos, cart ruts and rock-hewn tombs are found scattered over a wide range of non-urban Mtarfa.  According to Dr. J.D. Evans’ book entitled ‘The Prehistoric Antiquities of the Maltese Islands’ (London 1971 p.107), two bell-shaped silos were unearthed when the shelters were being dug up prior to WWI (February-March 1939). When Mtarfa was established as the modern village that it is today, pottery and other silos came to light in October 1973.

Around 1613 engraved marble was found at the Temple of Proserpine. More marble was also found in the same area in 1747, where the Temple of Apollo once stood and these were turned into slabs for different plaques for altars.  Grand Master Carafa’s coat of arms was also sculptured out of the marble remains found on site.

For several years Mtarfa remained a fertile land jutting out between “QLEJJA” and Busbies Valleys. Several watermills adorned the panoramic setting of the hamlet.  The main industry was farming where animal breeders sold their livestock at the Rabat markets. Commerce was done in nearby Rabat as this was a larger village and most of the trade in the area was carried out in Rabat.  Later on, with the British Army taking over the village, and erecting several buildings, a railway line was extended to the limits of Mtarfa.

Places of Interest in Mtarfa

Here are some places of interest in Mtarfa that you should visit or are unique when compared to other localities in Malta or Gozo. Hence, making Mtarfa an ideal locality to purchase a Malta property for sale or rent or as an investment.

The Royal Navy Hospital, Mtarfa is also known as David Bruce Royal Naval Hospital and is a former British naval hospital in Mtarfa.  The foundation stone was laid on 6th January 1915 by Sir Leslie Rundle, Governor and Commander-in-Chief Malta.  It was completed in June 1920 with beds for 6 officers and 190 other ranks.  Under the hospital was an underground system of rooms and tunnels, this was the bolt hole during the battle for Malta in WWII.

The Clock Tower was built in 1895 and is a prominent landmark in the locality.  The clock still functions perfectly today but the structure is undergoing maintenance.

The Chapel of St. Michael or Il-Kappella tas-Sur Cir is a medieval chapel located in the limits of Rabat.  The chapel’s architecture dates back to the middle of the 15th century.

The Temple of Proserpina was a Roman temple in Mtarfa.  It was dedicated to Proserpina, goddess of the underworld and renewal.  It was renovated in the 1st century BC or AD.  The ruins of the temple were discovered in 1613, and most of its marble blocks were later used in the decoration of buildings, including Auberge D’Italie and the Castellania in Valleta.  Substantial remains of the suburb itself, including the arrangement of the streets and many tombs, survived until the late 19th century.

In 1460 a medieval chapel dedicated to St. Lucy was first recorded and is still standing to date. It is not currently in regular use. The chapel forms part of a large garden belonging to the Mdina Cathedral. The garden is known as St. Nicholas of Mtarfa Garden. Learn more about the chapel of St. Lucy which can be found in the locality of Naxxar.

St. David’s Barracks were built by the British. After the British left Malta, the barracks were used for social housing and the town expanded further into other modern residential areas.  Mtarfa has grown considerably following an extensive housing program carried out over the past years. A number of villas have sprouted on the periphery of Mtarfa.

Mtarfa has its own football team which was founded in 2006.  Mtarfa F.C. took part in the Maltese Third Division for the first time in their history in the 07/08 season.

The Church of St. Oswald or as it was formerly known as St. Oswald’s Garrison Church is a former Church of England military church located in the former Mtarfa Barracks and grounds of the former RNH Mtarfa. The chapel is dedicated to St. Oswald of Northumbria was constructed to serve the spiritual needs of the stationed navy personnel.  It was dedicated on March 12th 1921. Nowadays the church is used for Roman Catholic services. The chapel has one altar and a stone pulpit.

The locality of Mtarfa is an ideal place to live if you are looking for a quiet countryside village away from the hustle and bustle of the big cities.

Mtarfa is set in the north of Malta and enjoys panoramic views of the Mdina bastions all around. If you love the Maltese countryside and living in the country, then Mtarfa is the place for you. Read more about the other regions in Malta.

This village has a lot to offer and you will find a variety of Malta property for sale here.  These include maisonettes and apartments, penthouses, villas and country houses as well as luxury terraced houses.

The main focal point and advantages of these Malta properties in Mtarfa is the amazing views that they offer. Mtarfa is surrounded by lovely countryside yet there are schools, churches, shops and all amenities in the area.

The closest town to Mtarfa is Rabat and its close proximity to Mdina (Malta’s old capital city) entices one to discover the old capital with its narrow winding roads and typically characteristic houses of character, villas and palazzi. View the available property for sale and rent in Mtarfa down below.

Properties For Sale in Mtarfa

Properties For Rent in Mtarfa