Mosta is the centre-most town of Malta and one of the most populated with about 21,400 inhabitants, one of the highest in the Maltese islands. Sprawling across one of Malta's biggest valleys, Mosta has a long history with some unique features and landmarks. It makes for a very desirable place to live - its central location, its quaint heart of town, being surrounded by fertile land, and having some very good property investment opportunities on the island. 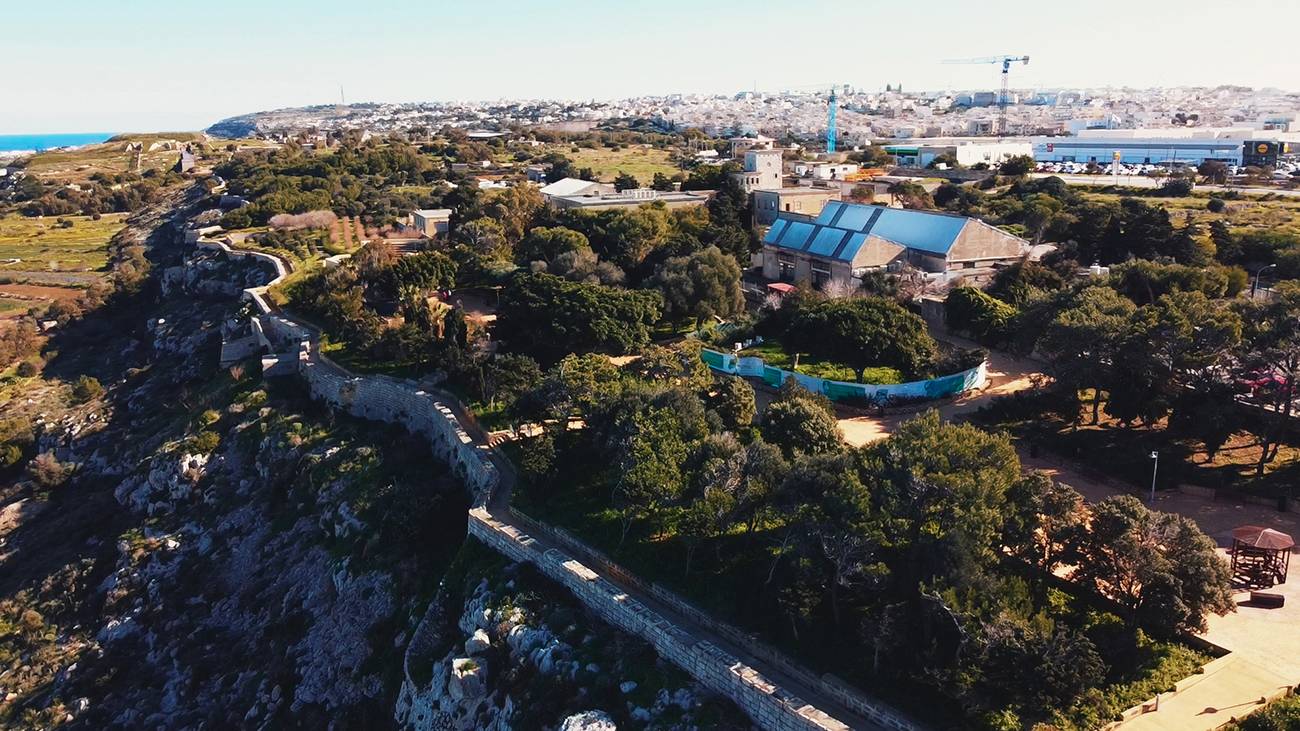 Mosta boasts of a peculiar history, which has its roots in folkloric legends, mostly denoting the building of the Chapel of Good Hope in Wied l-Isperanza. As with most localities, Mosta has Bronze Age structures that are still to be found in the locality, and although minor, hint at the first habitation of the area. A local legend of an abducted bride is tied with a local landmark and heritage site, the Cumbo Tower, reputed to have been the area’s stronghold and prison. Another local heritage of considerable importance is the Mosta Dome, the 3rd largest free-standing dome in Europe and 4th in the world.

The town is what one could call a typical local village in that though it has its busy part of town, where there are plenty of shops, restaurants and office space – you still can see the people meeting in the various squares around the area. Mosta is in continuous development, and the business community is quite active and flourishing.

Mosta is located central enough to be close to the other localities of Malta, especially with the bypass one can reach St. Paul’s Bay within ten minutes. It is also situated near to Ta’ Qali, which is a stone’s throw away from Mdina, the Silent City, and in the other direction, Naxxar, also one of the busiest towns in Malta, is in touching distance.

What to see and do in Mosta?

Here are a few places of interest which makes buying Malta real estate in the city of Mosta unique from buying Malta property for sale or rent in other localities.

The Mosta Dome is a veritable Maltese treasure hugely popular with tourists, apart from the historical anecdotes and impressive architecture. Seasoned travellers might also notice a similarity with the Roman Pantheon, when they walk in. A miracle is associated with this church when during World War 2, an attacking plane dropped a bomb, which punctured the dome and didn’t detonate. The punctured dome was fixed, and the bomb can nowadays be seen in the church’s sacristy and is a huge favourite with visiting tourists. The church is dedicated to the Assumption. It is also known as the Rotunda of St Marija Assunta. The Rotunda was designed by Giorgio Grognet de Vassé, a French citizen resident of Mosta. Mosta residents, at that time totalling not more than 1500, built the church. The church took 27 years to complete and resulted in a major attraction.

Being one of Malta’s deepest and most picturesque valleys is a must see. The quaint Chapel of St Paul the Hermit that graces the side of the valley is an attraction in itself.

An attraction in Mosta is the Speranza Chapel at the Speranza Valley. The Chapel was built between 1760 and 1761 and is the place where Malta’s most popular legend is said to have taken place. During a Turkish invasion, a young girl and her sisters taking care of their family’s sheep were at risk to be taken by the invaders. While the sisters escaped, the young girl could not run fast enough because she limped slightly. It is said that St. Mary sent a spider to weave a giant web at the entrance of a cave, where the little girl was hiding. The Turks passed on, thinking the full and intact spider’s web indicated that nobody had entered the cave for a very long time. The girl, having promised to build St Mary a church should she be spared captivity by the Turks, complied with her promise, and the Chapel was built above the cave, which can still be visited today. (under the Chapel, on its left side).

Mosta’s privately owned Medieval tower, residency, and prison, although not open to visitors, is still a compelling sight and landmark in the neighbourhood. The tower is a two-storey building adorned with a niche on the main façade and surrounded by extensive gardens. The medieval tower is said to have been owned by Julius Cumbo, a renowned criminal lawyer and state jurat of the Università of Mdina. In 1526 the tower may have played a role in the abduction of prisoners from the locality.

Nowadays, the tower hosts a reservoir belonging to Malta’s Water Services Corporation, which receives water from Chadwick Lakes (in Mtarfa) through an underground channel.

The tower is scheduled as a grade 2 national monument by the Malta Environment and Planning Authority.

Ta’ Bistra Catacombs are a network of early Christian catacombs from the 1st century (while Malta was still under Roman rule). The catacombs face out to the sea, where their entrance is located in the ridge overlooking the Valley of Ghajn Rihana, at San Pawl tat-Targa.

The Marquis Mallia Tabone Farmhouse is a folklore attraction run by the Talent Mosti philanthropy in collaboration with the adjacent school’s council. The farmhouse overlooks the valley of Wied il-Ghasel. It accommodates exhibitions varying from photography, paintings,, hobbies artisan work, and a permanent folklore museum.

Property in Mosta is as diverse as they come and suits all needs and wishes. Occupying a big stretch of land, the town offers properties that vary in size, style, and prices. From the town heart with its quaint townhouses and rustic farmhouses, on to the modern, newly-built maisonettes and penthouses enjoying the quiet away from the busy centre. Farther away from the centre, more modern buildings with charming views are to be found, along with the high-end, luxury property that fringes Mosta.

The real estate market is vibrant. The town is still developing and has many different prospective investments, whether it may be commercial or residential real estate. According to our database statistics on property prices, both the letting and the property sales prices have remained stable over time, this especially being due to the fact that Mosta is also a commercial area.

There are over six hundred properties available for sale in Mosta, from apartments to villas. View the latest Malta properties for sale or rent in Mosta down below. 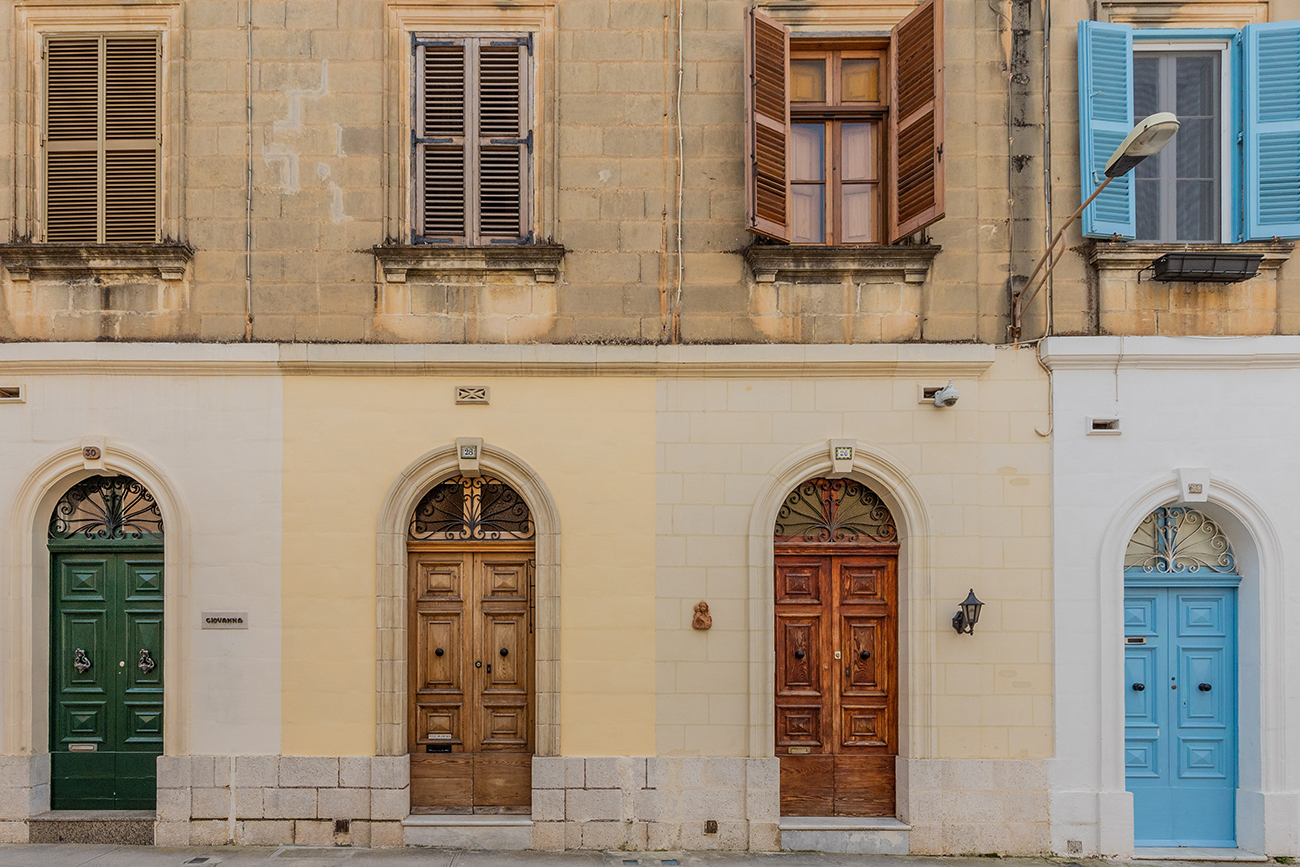 Properties For Sale in Mosta

Properties For Rent in Mosta