One of Gozo's most prominent seaside resort villages is Marsalforn. Nestled between the towns of Xaghra and Zebbug, it is extremely busy and popular during the peak holiday season that stretches from Easter time through to early autumn, when the locals and the foreign visitors all flock to enjoy themselves in and around Marsalforn Bay. 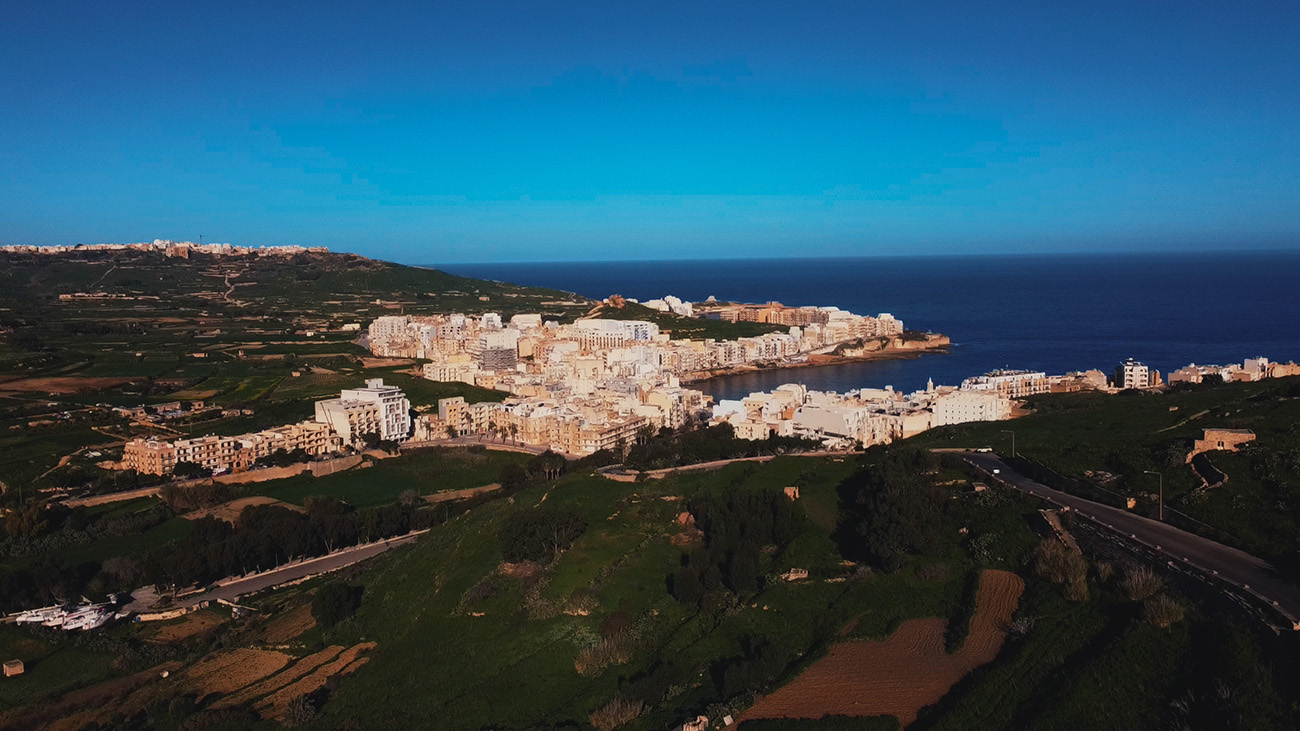 Marsalforn is a combination of two words – “Marsa” which literally means ‘port’ or ‘bay’ in Arabic, and ‘Forn’ which means ‘a bakery’, though there is a difference of opinion about the origin of the second part of the name. This might have nothing to do with Marsalforn, as it is not likely to build a bakery in an area with a small population. The term might refer to a kind of vessel, like other Gozitan ports, originated from Liburna, an Illyrian type. The name might also have come from forna.  Gozitan fishermen use this word to refer to “a cave hollowed out by the sea”. A number of these caves are located in Marsalforn – one of them is Ghar Qawla being the best known as ‘the cave at the steep hill’.

For this reason properties in Marsalforn are very closely linked to the tourist segment, with many locals owning second holiday homes, plus several letting properties being seasonally available on the market.
However it is also true that the village quietens down considerably during the winter months, making the location ideal for a quiet retreat. The one staple presence in the bay is that of the fishing boats whose owners use them to fish the local catch all year round.
Marsalforn is mainly populated with apartments, penthouses and maisonettes where prices are still relatively affordable.

The history of Marsalforn goes back to the Roman periods. The port was the most significant in Gozo until the 16th century. Food supplies shipped from Sicily were discharged at Marsalforn, and it was from there that passengers embarked on traveling to Licata in Sicily and other continental harbours. Between the 16th and 17th century, the Knights of the Order of Saint John, the rulers of Malta, contemplated leaving the old Citadel in the centre of the island and developing a new town viewing the port due to the influence of Marsalforn’s growth.

With the improvement of the Mgarr harbour, Marsalforn lost its fame.  For many centuries, it remained a tranquil fishing village, occupied by a small population of fishermen and their families.

The most significant source of economy in Marsalforn can be split into two. In the past ages, fishing was the most valuable source of profit for the locals. Still, in recent years, the area has transformed into a tourist resort, which helps generate the local economy of Marsalforn and the isle of Gozo.

Why such an interest in Marsalforn? The village enjoys an ample sheltered bay that provides plenty of space for swimmers to bask in sunshine and spend time in an atmosphere that is superb for bathing. Swimming is a must in the warmer months. Diving happens all year round, especially since the village enjoys several professional scuba diving schools that take aspiring and experienced divers on submerged tours of the surrounding waters.

For those who love rambling, the village is close to Marsalforn Valley, which is surrounded by hilly terrain, namely the hill known as Tas-Salvatur over which towers an impressively large statue of Christ.

The beach at Qbajjar is located very close by and is a formation of shallow bays over which reigns an interesting rock formation. The area is typically the site of a number of natural seawater salt pans.

From “Għajn Mħelħel” moving down to Marsalforn, one finds himself in the calm bay of ‘Tax-Xwejni’ with the salt pans spotted nearby. The salt pans naturally produce salt, and an ample amount of the product is consumed in the Maltese Islands.

How to get there?

One can reach Marsalforn by moving down from ‘Saghtrija’ and continue through the coastline up till ‘Xwejni’, appreciating the glorious view of the sea, salt pans, and the countless fishing fanatics with nets and rods attempting their fortune to catch a great fish. The area is still pure, and in summer, it is visited by families for a bit of rest and fun.

The village is not known for its excellent shopping opportunities. But instead for the wealth of top notch restaurants on the seafront and on the side streets. Souvenir shops are also present as well as stationery, mini market, etc.

Being an ideal holiday location, Marsalforn’s real estate market caters to holidaymakers, people seeking to purchase a second property in Gozo, and temporary letting seekers. The area in and around the village is rich in a high number of apartments. Some of them are fully furnished and ready to move into, whether one is looking to purchase an investment property or to rent the property for a short, medium, or long let. The most sought-after properties enjoy a sea view, which is usually available if one opts to view a multi storey apartment block, most of which are located on the west side of Marsalforn Bay. 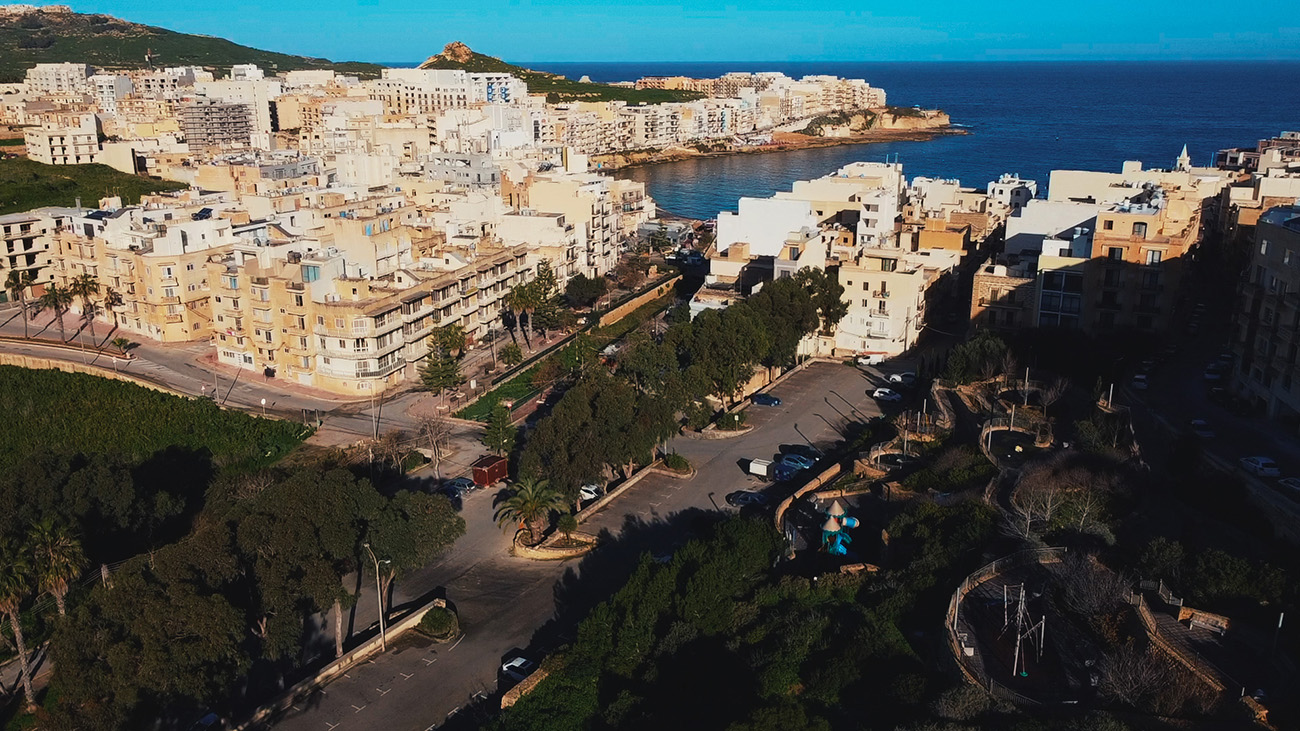 Marsalforn has a number of new investment opportunities in lifestyle developments, most notably, Vista Point and Hillock Residences. As these new developments and others are completed throughout the area, the town will be further embellished, and prices may rise accordingly. It is recommended that you speak to our Office Manager in Gozo, on gozo@remax-malta.com.

Properties For Sale in Marsalforn

Properties For Rent in Marsalforn