Located on the southern region of Malta, Luqa is a town located close to Malta International Airport. It lies 4.3 km from the capital city of Malta, Valletta. The town of Luqa is an old town with a dense population which is typical of the Maltese islands. The population of Luqa is 5,945 (March 2014). Hal Luqa means poplar in Arabic. 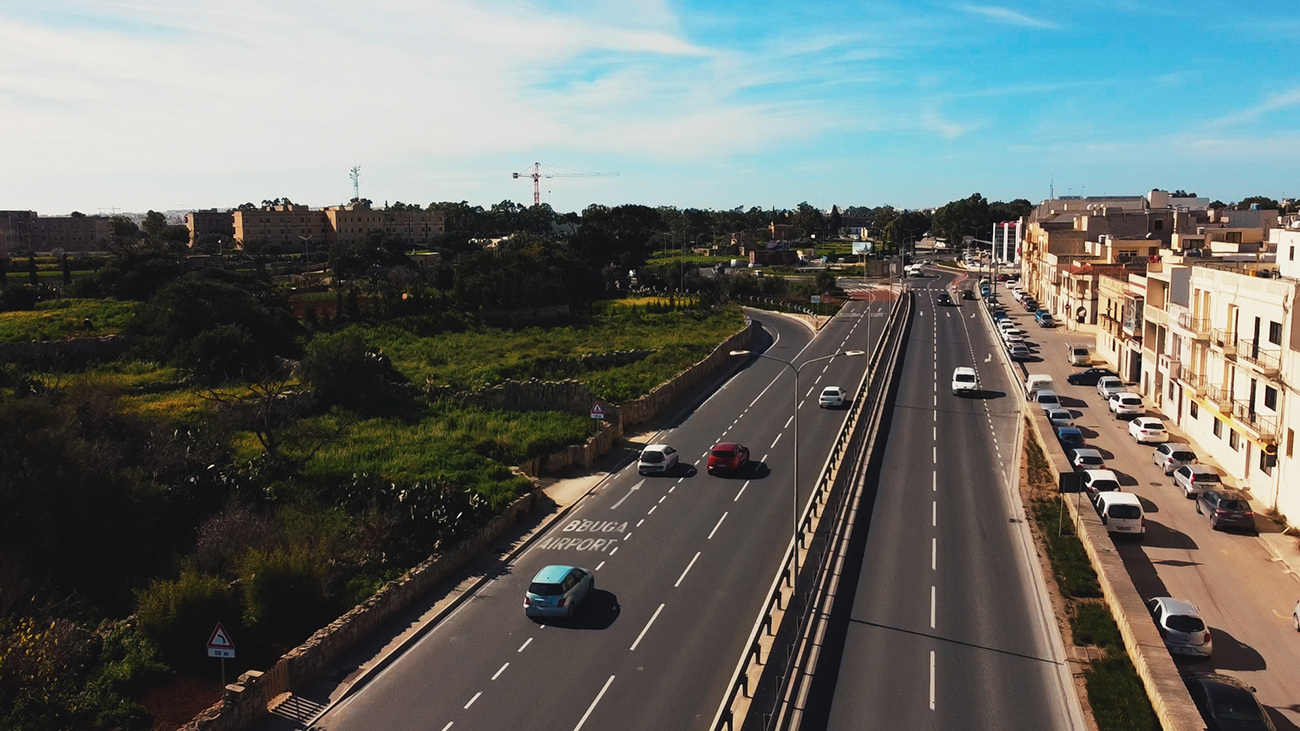 The famous clockmaker and inventor Michelango Sapiano (1826-1912) lived in Hal Luqa. He constructed various kinds of clocks. In fact the clock in the belfry of the Parish Church is one of his many works. He used to live in Pawlu Magri Street in Hal Luqa.
In the main square of Hal Luqa there is a church dedicated to St. Andrew. The traditional feast of St. Andrew is celebrated on the first Sunday in July and the liturgical feast is celebrated on the 30th November. He is the patron saint of Hal Luqa and a local niche is dedicated to him. This niche is two storeys high. The Parish Church dedicated to St. Andrew is a masterpiece of art and architecture. It also houses the titular painting by Mattia Preti (1687). This church was originally built in 1670 but had to be reconstructed between 1944 and 1962.

Luqa previously belonged to part of a larger community but it was established as a separate Parish from that of Gudja on 15th May 1634.  This decree was issued by pope Urban VIII.  The village of Luqa was badly hit by the plague epidemic in 1592 and this also caused many deaths.  Proof of this can be found in the cemetery in Carmel Street, Alley 4 where people were buried in a field which was later transformed into a cemetery.  Another sad tragedy for the village was the cholera epidemic where 13 people lost their lives. As a reminder of this tragedy, a cemetery is still present in Valletta Road.

The Royal Air Force established RAF Station Luqa during the early 20th century.  Therefore Luqa was prominent in its importance because of the airport. RAF Station Luqa was an airfield with runways which later evolved into a civilian airport.  In Hal Farrug and in the surrounding area close to the airfield, the RAF establish military and civilian buildings.  The airfield was used by the RAF until 31st March 1979 when it was transferred to the Maltese government and transformed into a civilian airport.

During the Second World War in Luqa many lives were lost and many buildings were destroyed due to the heavy bombardment.  On 9th April 1942 a bomb hit a wartime shelter and the people inside were buried alive.  A ceremony is still held to this very day to commemorate the lives of the people who lost their lives that day with the laying of bay wreaths.

What to see and do in Luqa?

Although Luqa is synonymous with the Malta International Airport, the town centre with its local band clubs is an insight into local village life.  As such, Luqa was a very quiet village until the RAF took over and constructed an airstrip for military use in the 1920s.  Later on the airport was developed into a civilian airport for passenger airlines and Luqa became synonymous with the only airport to be found on the island.  Due to the fact that there was now an airport in Luqa, in World War II, Luqa became a frequent target by the enemy and the village was almost completely devasted.

Several ancient tombs, human remains and artefacts were uncovered with the construction of the airport; from Roman remains to other prehistoric remains which date back to the Bronze Age.  Some of the findings were destroyed or rendered inaccessible by the construction works namely Neolithic remains known as it-Tumbata and the Roman Catacombs which were discovered in 1912.  There are several prehistoric tombs which have been discovered around Luqa, and a dolmen was discovered in 1914 in the deep valley near Hal Farrug.

In Luqa we find the impressive building of St. Vincent de Paul (1862) which today serves as an old people’s home.  The wayside chapel of St. James (1550) is also a special feature in Luqa. The social hub for the locals in Luqa are the local sports, political and cultural clubs.  The two band clubs have prominence over the rest with the local football club as a close second.

During the feast of St. Andrews which is celebrated in the first week of July, the two band clubs, the Union Band Club and the St. Andrew’s Band Club decorate the village very elaborately and compete for public attention and support.  This creates an amusing atmosphere in the village and all the locals look forward to this feast from weeks beforehand.

Hal Luqa claims a long history in real estate.  The possibilities there are endless and there are properties in this town to suit all pockets.  A wide variety of properties are available in Luqa which consist of apartments, penthouses, maisonettes, terraced houses, villas, and bungalows.  There are also many interesting houses of character which can be restored to modern living and yet keep their autonomous characteristics such as wooden beams, typical Maltese balconies, Maltese typical tiled floors, niches, old wells etc. 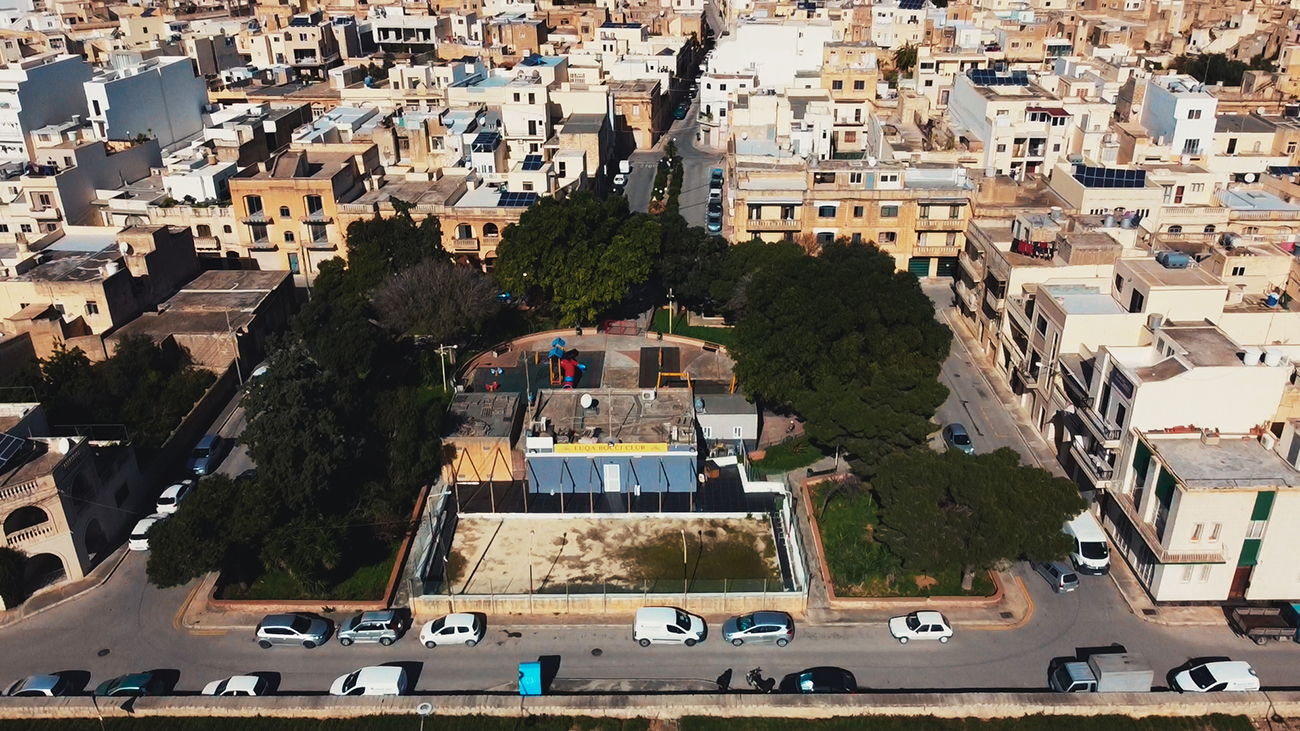 If you feel that village life is for you and you can emerge yourself in community life, then Luqa is definitely a place to look into to buy a future property.  The village core is vibrant and the locals are always ready to welcome and help newcomers.  In summer you can join in the village festa where there is much to do and see, such as the church procession with locals carrying the statue of St. Andrew around the streets of Luqa, outdoor market and food stalls, merriment and fun. You can see the church all lit up in all its glory as well as the fireworks display which is synonymous with the local Maltese festas and which light up the Maltese summer skies.

Properties For Sale in Luqa

Properties For Rent in Luqa