Dingli or Had-Dingli as it is known in Maltese, is located in the Northern part of the Maltese Islands. It has a population of 3,608 (March 2014) and is one of the highest points of Malta. The village is 13 kilometres (8 miles) away from the capital city of Valletta and 2 kilometres (1.2 miles) from the nearest town of Rabat. 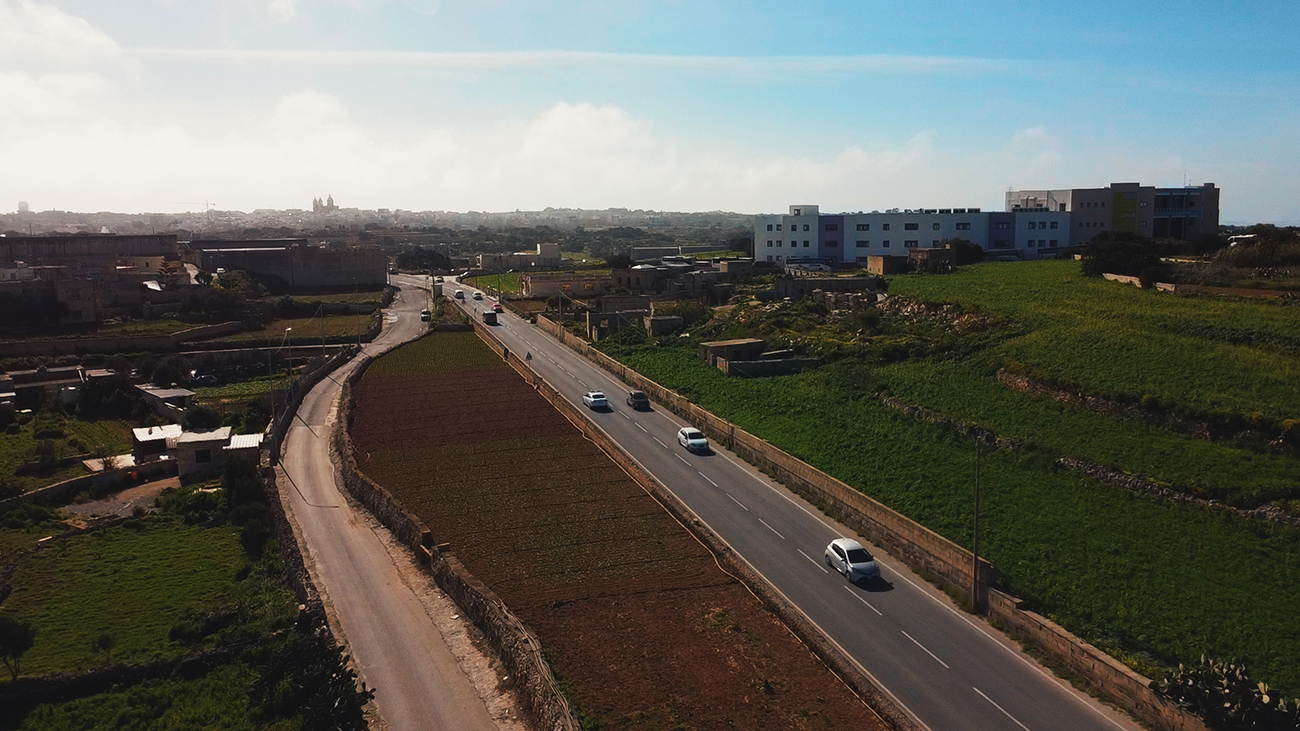 From the high cliffs overlooking the sea one can look at the open sea views over the small uninhabited island of Filfla. In fact Dingli Cliffs is one of the best vantage points where one can see spectacular sunsets from the 250 metre plateau above sea level.
The name Dingli is derived from an English knight of the Order of St. John, whose name was Sir Thomas Dingley and who owned most of the lands in the surrounding areas. Close to the village of Dingli and visible from Dingli Cliffs one can see Buskett Gardens and Verdala Palace which has been the official summer residence of the President of Malta since 1987. The palace was built by Grandmaster Hughes Loubeux De Verdalle in 1586 and is surrounded by Buskett Gardens as well as a moat. The Palace was used as a prison by Napoleon and was abandoned later on by the French. The Palace was restored in 1858 by Governor Sir William Reid.

Up until the early 16th century, only the village of Hal Tartani existed.  This was a village located between Buskett and the present day village of Dingli.  In those days only ten parishes existed in Malta in 1436 and the church there was dedicated to Saint Domenica. That original church now lies in ruins but a new chapel built in 1669 nearby is still standing.

The parish of Dingli as we know it today was established in 1678 and is dedicated to the Assumption of Our Lady into heaven.  This feast is celebrated on the first Sunday after the 15th of August.  The statue of Our Lady is used every year on the day of the procession carried by 8 statue bearers from the parish.  It is an honour for the bearers to carry the statue through the streets of their local parish and many look forward to carrying out this prestigious task every year.  The chosen 8 are considered to be the lucky ones.

Since Dingli lies high up above the sea it was considered to be safe from pirate attacks because it was impossible for them to land in the area due to Dingli Cliffs.  The noble family Inguanez employed the population of Hal Tartani to work in the fields as the family owned a lot of land in the area.  As time went on, people abandoned the village of Hal Tartani and moved closer towards the fields.

Dingli has been inhabited since prehistoric time but it is only after the mid-20th century that the population doubled from 2,000 into the 21st century. In fact, until the 20th century it was difficult to send children to school as boys worked in the fields and girls worked in the home.  These days all the children go to school whether on a primary or secondary level.  Telephone service was introduced for private homes and public transport now runs all the way to the village of Dingli as opposed to stopping instead at Rabat.

Places of Interest in Dingli

Roman Baths and other remains as well as rock-cut tombs dating bath to Phoenician, Carthaginian and Roman times have been found in the limits of Dingli and the area of Ta’ Baldu.

Rock-cut tombs dating back to Phoenician, Carthaginian and Roman times have been found in the limits of Dingli. Roman baths and other remains were also found at Għajn Handful and the area of Ta’ Baldu. At Misrah il-Kbir (Clapham Junction) in Dingli, one can see cart ruts which date back to prehistoric times.  These consist of a network of tracks of wooden cart wheels embedded into the rock with frequent use.

One of the greenest areas in Malta is Buskett Gardens.  Here we can see many different types of trees, flowers and flowers indigenous to the island of Malta.  Buskett Gardens is a great place for a stroll and a lovely place to stop and have a picnic.

From Dingli Cliffs one can see the magnificent Mediterranean Sea – whether viewed from sea level or from above.  The cliffs drop 250-300 metres into the sea with some flat stones before dropping once more into the sea.  There are small terraced fields on the slopes and these have been cultivated by the local farmers.  The cliffs stretch well beyond the village of Dingli.

The Chapel of St. Mary Magdalena was built in 1646 by the nearby villagers.  The chapel is located on the clifftop viewpoint, south of Dingli.  The chapel in Dingli has recently been restored and the construction date is engraved above the entrance door.

Dingli’s property market has grown sufficiently well in recent years.  In fact, there are many types of properties for sale in Dingli – from the typical Maltese townhouses to the modern apartments, from the rustic farmhouses embellished with swimming pools and modern amenities to the ultra-modern penthouses, from the maisonettes and villas to possibly also buying land where you can then decide on how to develop your own home.  In Dingli there is something for everybody with the added attraction that the village lies in the country and is still highly affordable. 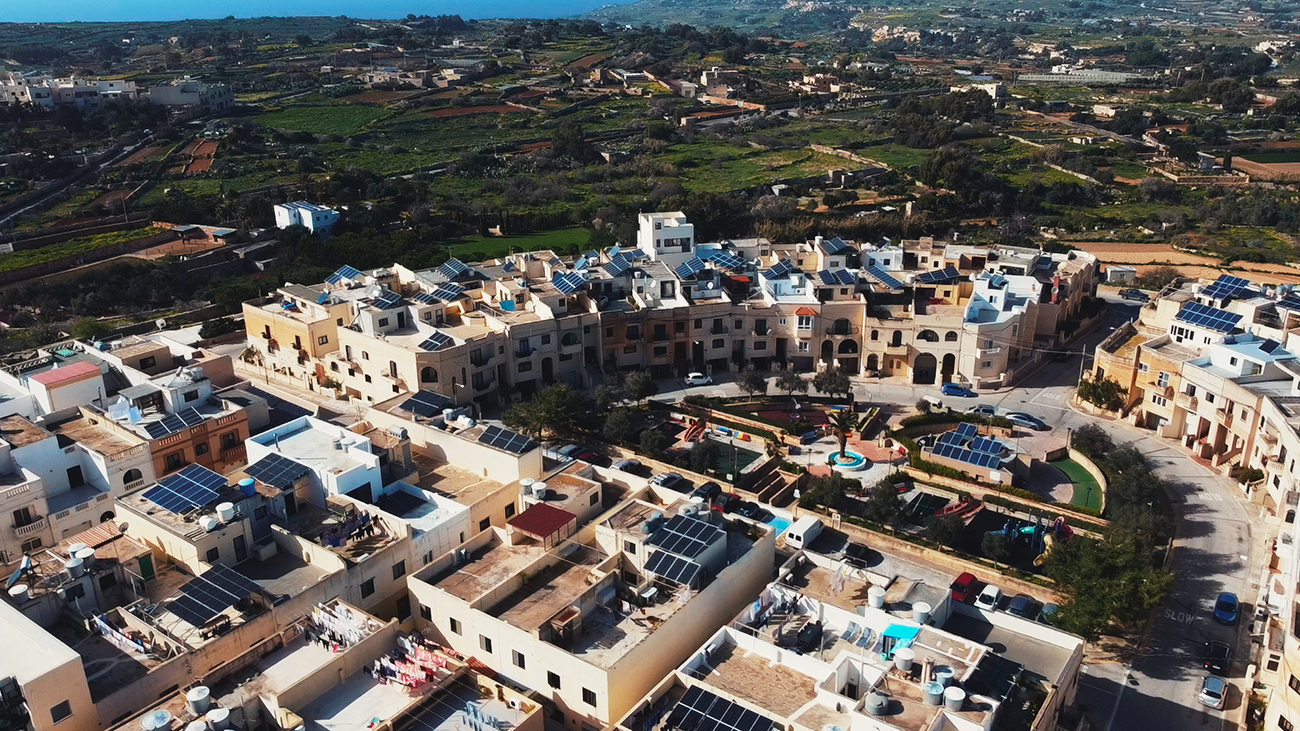 Properties For Sale in Dingli

Properties For Rent in Dingli