Located on the south-eastern region of Malta, Bormla is also known by its titles Citta’ Cospicua or Civitas Cottonera. It is a double-fortified city and along with Birgu and Senglea forms part of the Three Cities directly located within the Grand Harbour and to the east of the capital city Valletta. In fact Cottonera is made up of the three cities Bormla (Cospicua), Isla (Senglea) and Birgu (Vittoriosa). 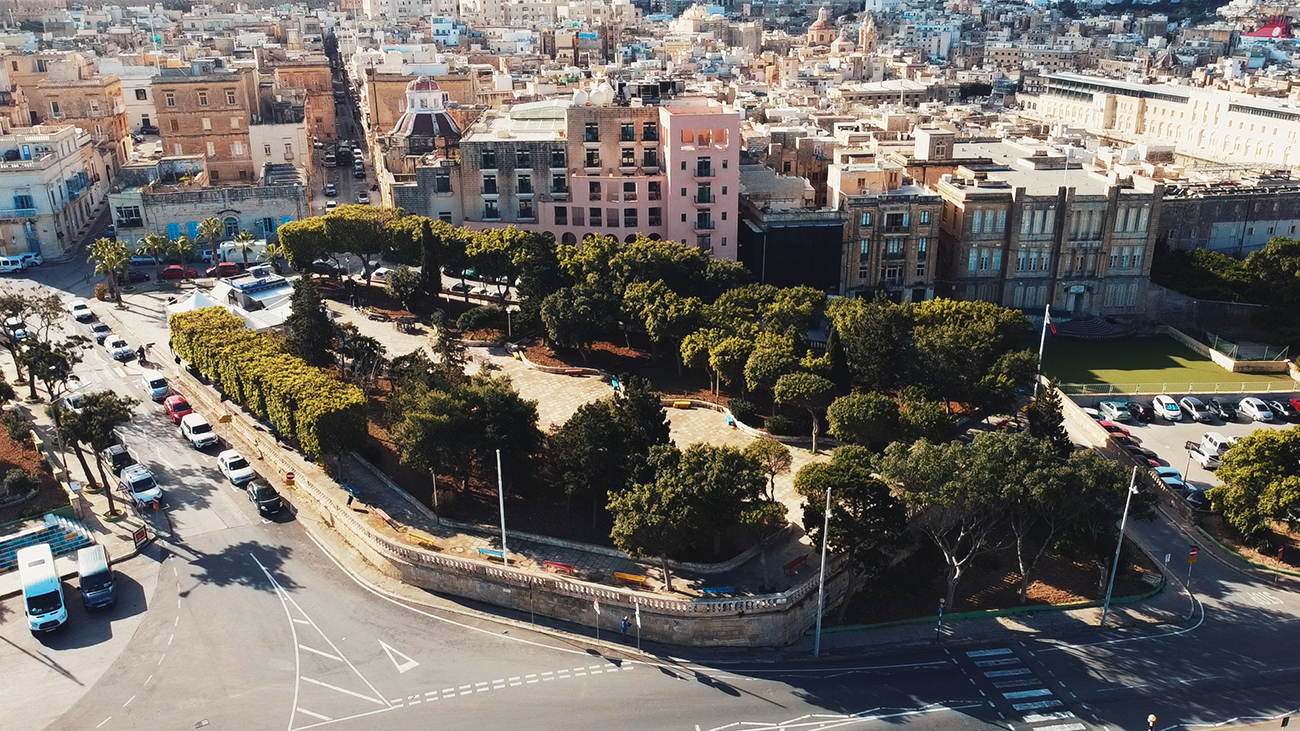 Bormla localted in the south-eastern region of Malta is a fascinating city. It is an exciting to lose yourself as you explore the labyrinth streets and discover monuments and off the track little nooks and crannies. There are also little bakeries where you can buy the hot and crusty Maltese loaf straight out of the oven. The city has two lines of fortifications which are the Marguerita Line internal and older, and the Cottoners Line, more external.

Read more about the other localities that neighbour Cospicua. Such neighbouring localities consist of Birgu, Paola, Zabbar, Vittoriosa and Kalkara.

The locality of Bormla was the last of the Three Cities to be built. Its majestic bastions were built by the Knights of Malta to fortify the city against the enemies who sailed into the Grand harbour in order to attack the Island of Malta.

The Three Cities are the most historically rich and fascinating areas in all of Malta owning their own unique characteristics. In fact, they are included in the UNESCO heritage.  Strangely enough they are only visited by one in ten of the tourists who visit the Island.  However, this is the real Malta in all its splendour and culture. Before the construction of Valletta the Three Cities stood tall in all their beauty presenting an extraordinary architectural wealth. They have been important over time defending the island with their impressive walls.

Bormla celebrates its feast on the 8th December in honour of the Immaculate Conception of the Virgin Mary. The church is the main monument of the city as it is an incredible survivor of the bombings of World War II. The church dates back from the 16th century and it was consecrated in 1732. It contains works of art and frescoes amongst which is the altarpiece representing the Virgin and Child.

Life in the locality of Bormla has changed since the war. Owning a property there now is a prestigious matter and the ideal property, when found, should be taken into serious consideration when one takes into account the view of the Grand Harbour on your doorstep, the culture and the serenity of Bormla.

The city is made up mostly of locals and it is only within the last two decades that it has become popular with foreigners. Typical Malta properties available for sale or rent in Bormla like townhouses and apartments with wonderful views. Such Malta properties could be used as lovely family homes or could give a good rental turnout.

Places of Interest in Cospicua

The three main places of interest in Bormla are the Bir Mula Heritage Museum, the Notre Dame Gate and the Cottonera Lines.

Bir Mula Heritage Museum is a historical house and museum in Bormla.  The building is a unique jewel which shows the development of Maltese houses through the ages.  This house developed from an Arab era farmhouse into a 17th century palazzo.  The exhibits include curios from the daily life of past generations and artefacts found on site.  The museum holds various indoor, outdoor, cultural and educational activities including the Ghost Walks of Birgu and/or Bormla.

The Notre Dame Gate which is also known as the Notre Dame de la Grace Gate, the Cottonera Gate, the Zabbar Gate or Bieb is-Sultan, is the main gate of the Cottonera Lines located in Birgu.  The gate was built in 1675 in the Baroque style and is currently used as the headquarters of the heritage organisation Fondazzjoni Wirt Artna.

The Cottonera Lines are also known as the Valperga Lines and are a line of fortifications in Cospicua and Birgu.  They are grand defensive constructions of over four kilometres in length and they were erected to protect the Three Cities.  The Cottonera Lines are one of the major military projects of the Knights which were built to encircle and protect the three cities of Senglea, Birgu and Cospicua.

The main festival in Cospicua is Easter.  During the Holy Week, you can follow the various processions that take place in the Three Cities on Good Friday.  Men, women and children from the city dress up in various costumes depicting the life, death and resurrection of Jesus Christ.

On Easter Sunday the statue of Christ Risen is carried through the streets at dawn with the men carrying the statue running and holding the statue aloft shouting: “He is Risen. Christ is Risen”. Religion and culture form an integral and very important part of the city of Cospicua.

Another important festival is the Feast of the patron saint of the Virgin Mary known in Maltese as Il-Bambina. On that day a regatta is held between the Three Cities and Valletta.  This event is very well attended as there is a lot of rivalry between the cities of Valletta, Cospicua, Isla and Birgu, where this regatta is concerned.

In October the Birgufest takes place where the city if lit by candles at night.  This is incredible to see. Markets are held in the Three Cities every Sunday and Tuesday.  Here you can find all types of local products including olives, dried tomatoes, capers and ġbejniet (typical Maltese cheeselets). Learn more about the different regions in Malta.

The locality of Bormla offers old and new types of Malta properties for sale or rent. Many of the properties situated in Bormla have a fantastic view of the Grand Harbour and the city of Valletta.

There are many old houses and palazzos still excluding grandeur and making cosy homes in the true Maltese culture with their limestone walls which have stood the test of time.

Many townhouses have been renovated to suit the buyers’ needs. However, they still maintain that main Maltese characteristic and are still in a relatively good state of repair. View the available property for sale and rent in Bormla down below. 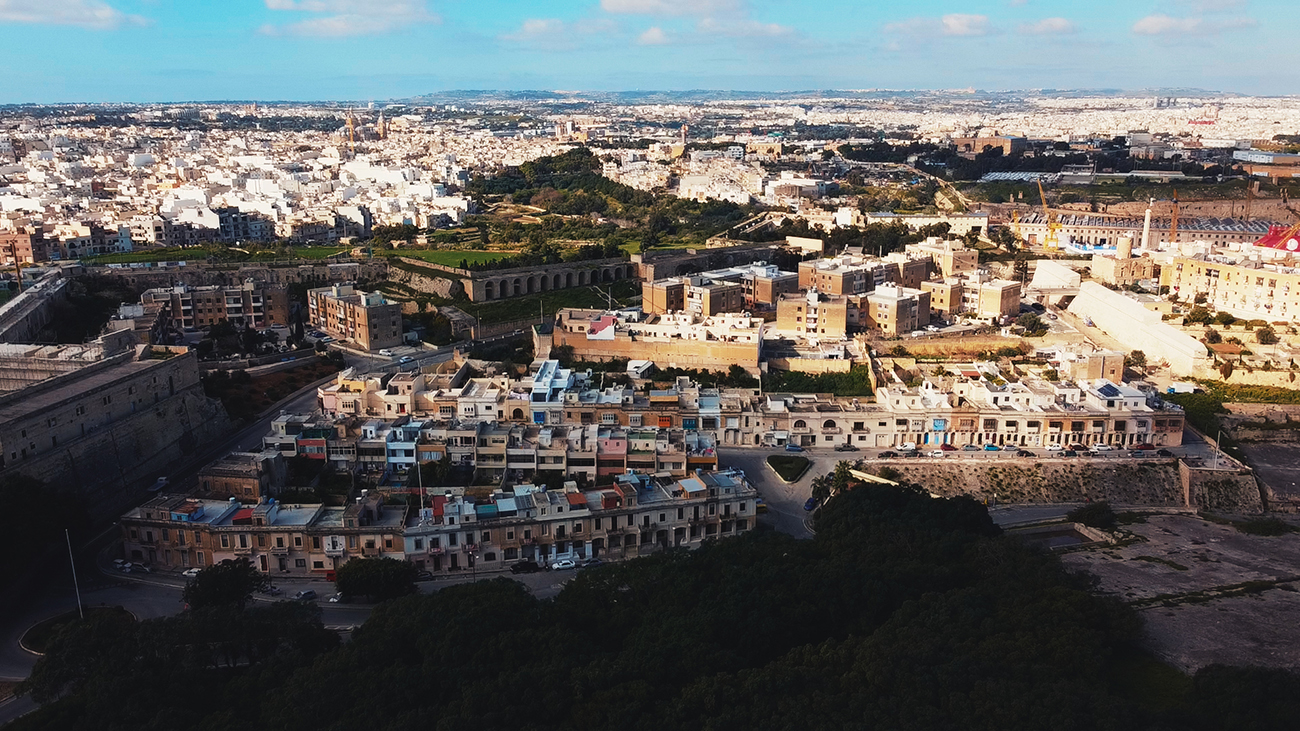 Properties For Sale in Cospicua

Properties For Rent in Cospicua