Located on the north-eastern coast of Malta, Bugibba is a relatively modern town which forms part of the locality of St. Paul's Bay. It is placed directly facing the tiny islands known as St Paul's Islands and the island of Gozo beyond. The town spans out from the seaside promenade and the Main Square to spill out towards the even newer town of Qawra and old town core of St Pauls Bay. Generally speaking, it is considered a seaside resort although it has also become a very busy and sought-after residential area. The fact that there are several attractions within this town as well as varied hotels, restaurants, pubs, clubs, and a casino, make this superlative attraction for tourists. 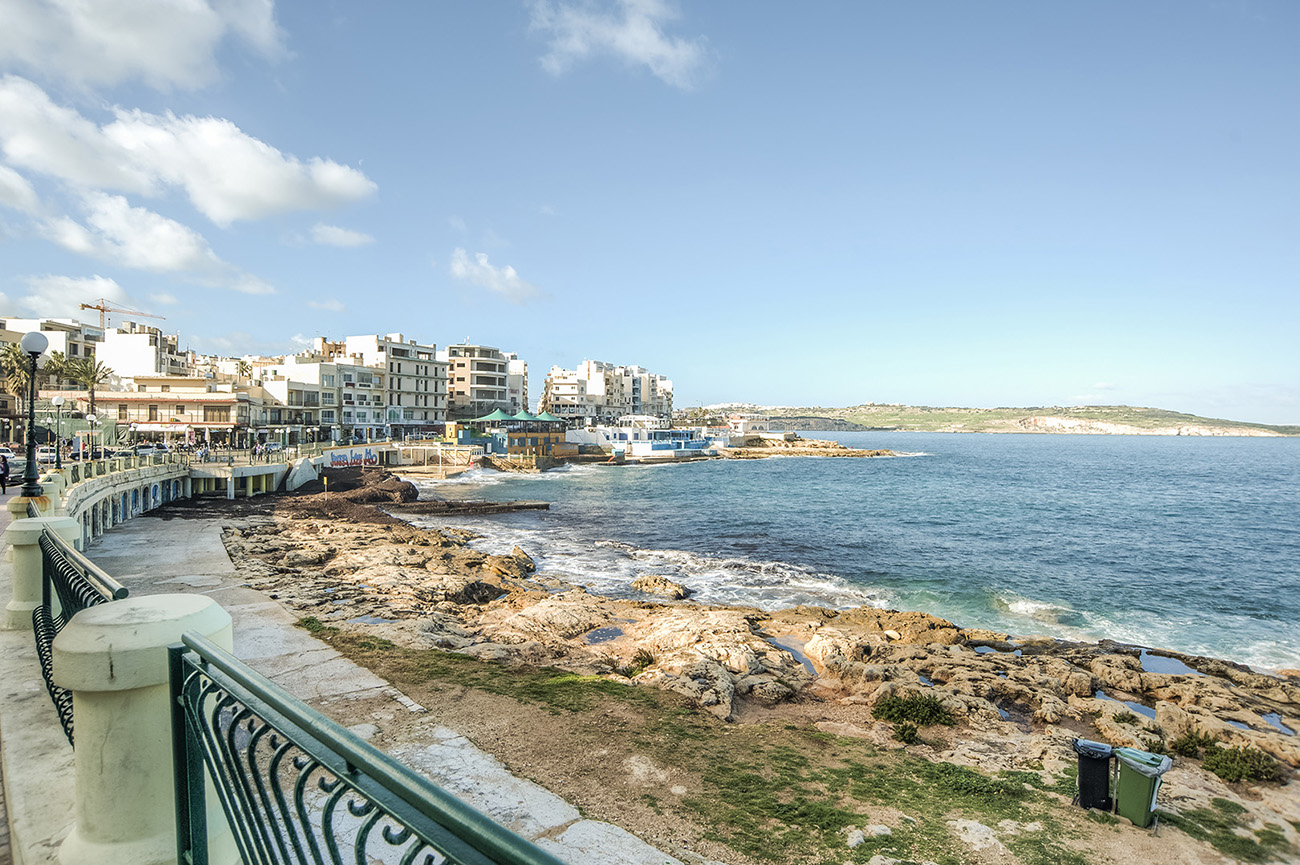 Throughout the Tarxien phase of Maltese prehistory, a small temple was constructed in Buġibba. It was unearthed between the 1920s and 1950s and is now found on the premises of a renowned hotel. The Bugibba Battery was an artillery battery in the limits of St. Paul’s Bay, built by the Order of Saint John in the 18th century. It is one of a group of coastal defences around the coasts of the Maltese Islands. The battery doesn’t exist any longer, but one can still see its rock-hewn ditch and walls.

Buġibba began to witness fast development in the 1960s, and now it transformed into a famous tourist retreat. Bugibba is very famous among students who come to Malta to study English. The town’s top highlight is the main square, found along the promenade with an area full of nightclubs, bars, and restaurants.

Bugibba has grown into a special place for Danish expats since the fast growth of the iGaming industry in Malta in the 2010s. Among the Danes, Bugibba is mostly referred to as ”100 stone” though this statement is often confusing foreigners.

Places of Interest in Bugibba

The promenade which stretches around Bugibba Bay, provides great opportunities for strolling. Moreover, Bugibba is blessed with a great many attractions, some of which are listed below.

The oldest attraction is the Bugibba temple, which consists of a series of megalithic temple ruins surprisingly located adjacent to the swimming pool of the Dolmen Hotel. This hotel was, in fact, named after the “dolmen” – a horizontally placed megalithic stone found at these ruins and typical of the Neolithic era. A stone slab carrying fish designs and probably created by a fishing community of ancient times was also discovered there.

Of a totally different nature is the Bugibba Water Park situated directly on the local waterfront. This attraction is tailor-made for toddlers, children, and youngsters. This is a safe water, fun, and colourful water enjoyment area which features fun water cannons, water loops, a liquid tunnel, and more.

The Malta National Aquarium which is also located on the Bugibba Waterfront, is a major attraction as well as a local educational spot for schools. The Aquariums houses a number of fish species from all over the world.

There is also excellent 3D and 2D Cinema located in the centre. The Empire Cinema Complex is a great crowd puller and shows major film releases on a daily basis. Being fully air-conditioned, the complex is popular all year round.

As a self-contained town, Bugibba offers easy shopping facilities, within walking distance of most residences and no hilly grounds to disturb the possibly of cycling or strolling to your nearest store. Bars and restaurants abound, mostly located centrally around Main Square but also found neatly placed in several of the quieter in-roads. Take-aways, ice-cream shops and pizzerias are also popular along the waterfront.

Water sports are very important here. One key attraction is the waterpolo pitch of the local Sirens team. Diving is very popular in Bugibba, especially considering that the location offers several professionally and well organised diving centres. Other activities include snorkelling, swimming amongst others.

Diving schools and schools of English language generally attract a good deal of people to this area. Many of these schools host students within local hostels, hotels or self-catering apartments, however the local bus service is very effective and provides regular and uninterrupted transport to and from Bugibba, wherever one may be based on the island.

If you are relocating to Malta and you are after schooling for your children, there are several private schools that also offer transport.

A tiny piece of land known as St Paul’s Island can be seen right off the coast of Bugibba. This is the spot, according to locals, where St Paul shipwrecked in the 1st Century AD before starting preaching Christianity to the locals. One can visit the small island by booking a boat tour. The trip lasts not more than a couple of hours. Bugibba Harbour is worth a visit. The small marina shelters several fishing boats painted with local symbols and patterns giving a nice touch of authenticity to an international touristic resort. Bugibba is the favourite vacation spot for British travellers who are passionate about football. Sharing their passion with the most popular sport globally, one can watch the favourite team play in one of the numerous sports pubs in town.

Being so attractively placed on the northern coast of the island, Bugibba enjoys a very healthy real estate market. Real estate in Bugibba consists of a vast array of relatively new buildings, the oldest of which would have been constructed around the 1970s. Besides the Short-term rental opportunities that are very popular with holiday goers and the occasional visitors from the island of Gozo, Bugibba is a major attraction for buyers of residences and second homes for Maltese and foreigners alike. 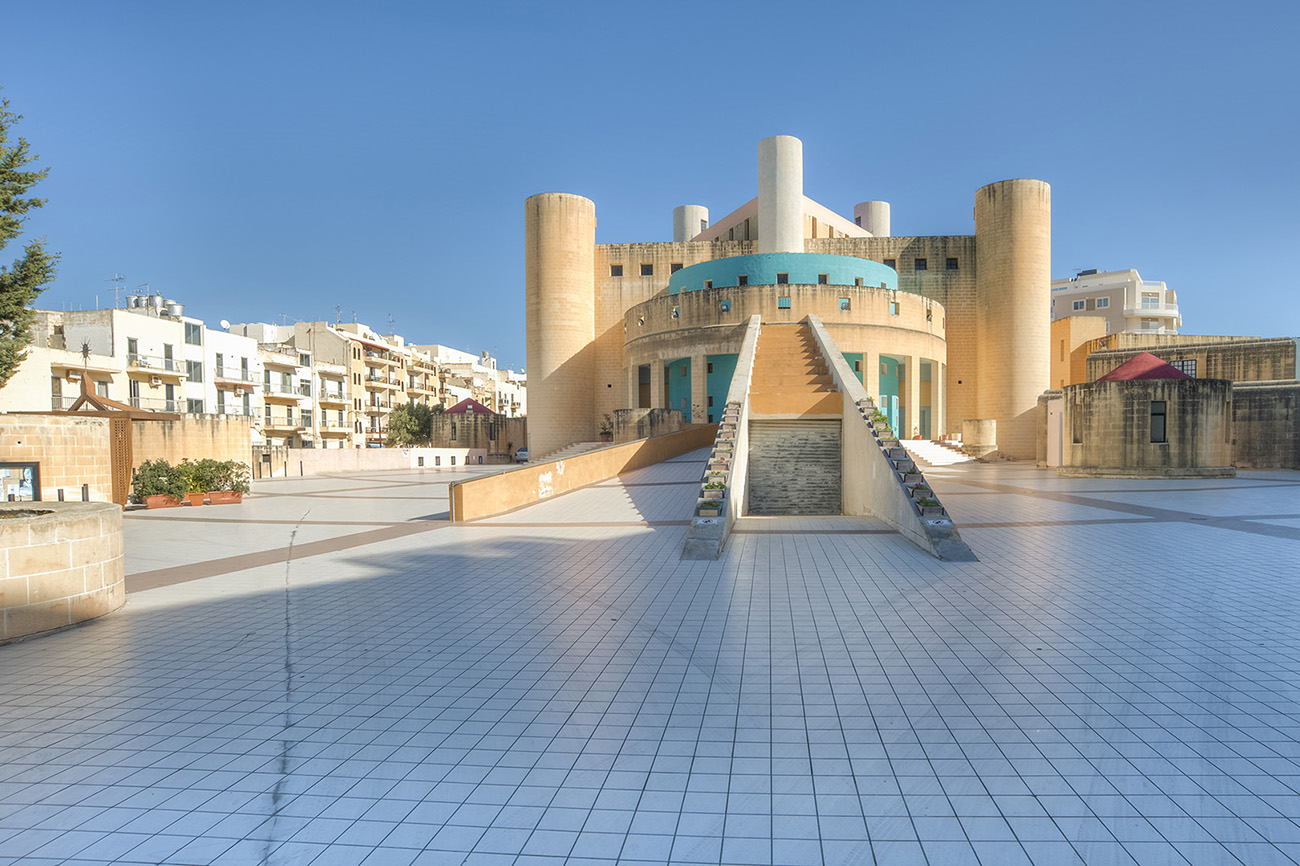 Prices remain stable and reasonable in this area whereas our handsome database of properties in Bugibba consists of an array of different property types. These mainly include penthouses, maisonettes as well as the most popular being apartments. Some townhouses and villas with or without pool may also be found.

Purchasing or renting a home in this area is always a good investment. The market is very active and attracts both local and foreign investors. Many look out for seafront apartments that are close to the beach of which we have an excellent portfolio.

Properties For Sale in Bugibba

Properties For Rent in Bugibba