Balzan, located in the heart of Malta, is one of the old central towns, which also comprise Attard and Lija better known as the Three Villages, all of which are closely knit in this zone of the island. Balzan, the town which was pre-dated by a small concentration of dwellings, originated in the 16th century and was named after a merchant who was granted a sizeable stretch of land by the Knights of the Order of St John. 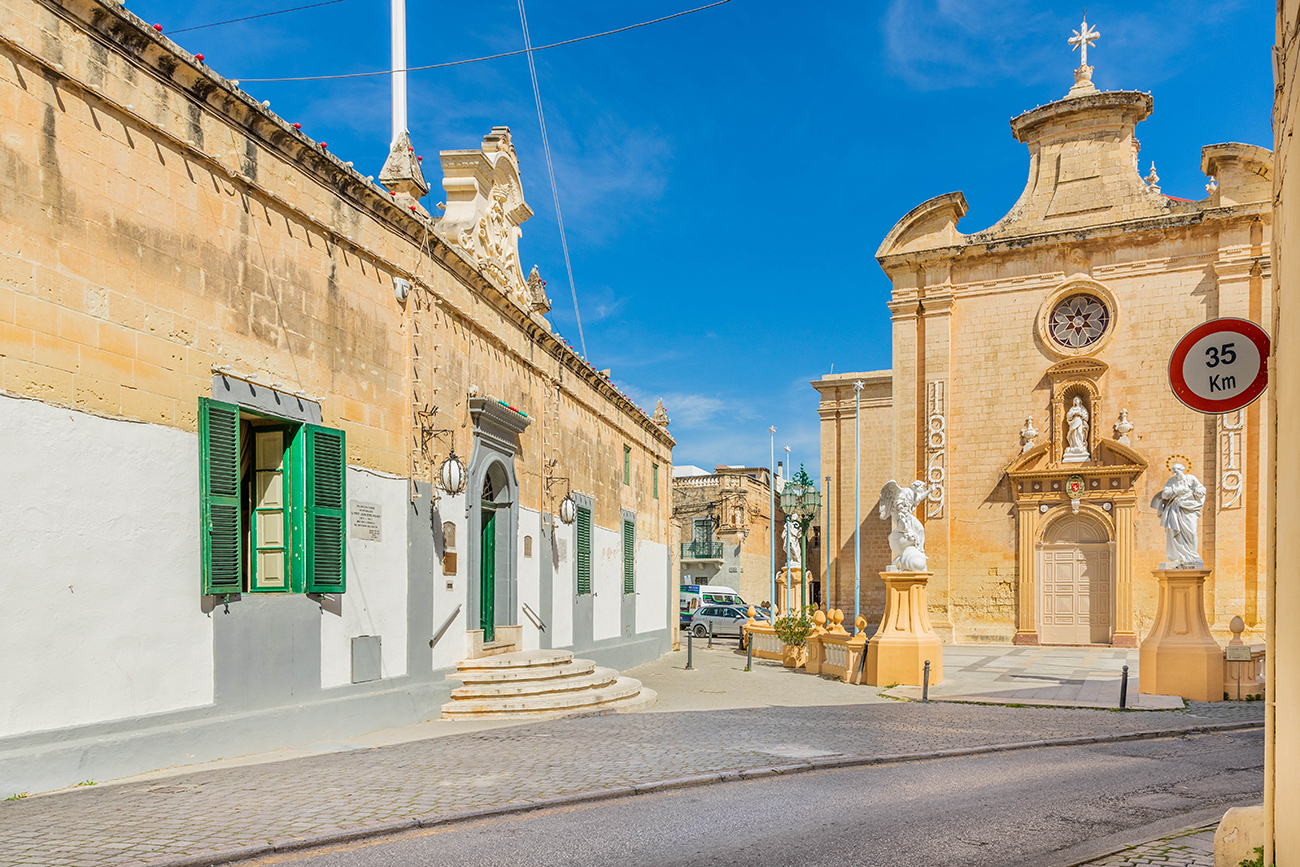 The town began flourishing in earnest in the 17th century when it grew to a capacity to become a parish. Many wealthy families built summer residences here in the early years of the 20th century, and the Three Villages are still considered an exclusive urban area. The story of Balzan is idyllic and tranquil, and indeed several refugees from Cottonera and Valletta sought refuge during the second world war. Even the Supreme Courts, which were hit in an air-raid attack, were transferred from Valletta to Balzan. Today, it enjoys a community of around 4700 people. The town of Balzan is the proud bearer of an ancient motto which in Latin reads ‘Hortibus undique sept’. This phrase literally translates into ‘surrounded by gardens’ and in fact, the town is still rich in private gardens and orchards full of oranges and varied other ages-old citrus trees. One must try the citrus flavoured honey that comes from the hives in the area.

In Malta, many village names are identical to specific family names, as in Attard and Lija. It is believed by some, therefore, that the village inherited its name from a family whose family name was Balzan.

Balsan (Balzan) literally means tax collector or contributions collector. The tax collector must have been from the same parish, at the time forming part of Birkirkara.

What to see and do in Balzan?

In the small town, key points of interest are mainly those in connection with its architectural inheritance. The village enjoys a bevy of ancient houses, with features that are straight out of history books. Walk with your nose in the air & observe the significant number of statues and niches on facades and street corners – all worthy of being photographed.

Although Balzan knows its origins to the early 1400s it was in the mid-1600s that it became a separate parish from Birkirkara. The Parish Church, which is in the shape of a Latin Cross, is dedicated to Our Lady of Annunciation. You will find many beautiful religious works by famous painters and sculptors, some dating centuries. As with most Maltese villages, village life revolved around the Christian culture, and there is much testimony of this in Balzan.

The town’s parish church celebrates the feast of Our Lady of Annunciation during July, and the building itself is one of the key attractions of this town. It includes a belfry that is home to six bells produced by the French bell foundry Paccard and houses several significant works of art within. Apart from the parish church, there are five smaller churches to visit in town – Good Shepherd Chapel, Maria Assumpta Church found in Main Street, Church dedicated to the Annunciation of Our Lady, Church of St Anard, and Church of St Roque, all three churches found in the street bearing the same name -Three Churches Street.

Balzan is also known for the aqueduct’s presence, part of which remains intact within the town. The aqueduct constructed in 1610 by Grand Master Wignacourt was of fundamental importance as a structure and as a precious utility since it transported rainwater from Rabat’s high grounds down to the new city Valletta. Thus the historical significance of each part of the remaining structure is of tangible relevance.

A common occurrence in many streets, buildings, and historical sites around Malta is the reverence to Saint Roque. The belief is that Saint Roque is the protector against the plague and honouring him would protect the inhabitants against it and any other form of contagious disease. In Balzan there is a Church, a Street as well as a Statue dedicated to Santu Rokku ( Saint Roque). The statue is strategically placed at the corner of the street bearing the same name in order to oversee and protect the people living in the village.

Lying in the sheltered interior, Balzan was ideal for fruit growing and is still characterised by walled gardens. The most impressive is at nearby San Anton Palace, built by Grand Master Antoine de Paule in the late 16th century. It is now the official residence of the President of Malta and used for state functions. The gardens, open to the public, are a baroque masterpiece and oasis of green and calm.

One must visit Palazzo Antonio in Providence Street, which was the residence of many elite Maltese society members in the past. Casa Borg, in Pope Pius Alexander Street, was the home of Mons. G. Maioli. Another impressive edifice is an old historic building standing on Three Churches Street, in which Vincenzo Bosio, an eminent officer of the Knights of St. John, used to live. There’s also Villa Macedonia, Palazzo Olivier, and the Wignacourt Cross.

The town is not mainly known for its shopping potential, although all amenities are found within it, including banks, post office, supermarkets, and a handful of boutiques. A good selection of cafeterias, pubs, wine bars, and small restaurants can be enjoyed, however, with many of these eateries being located in cosy side streets.

As with Attard and Lija, Balzan is a sought after location and popular. The population has increased due to large-scale development taking place, largely in the form of apartment blocks replacing villas and their gardens. Real Estate in Balzan is considered to be a great investment and a fantastic locality to live in. 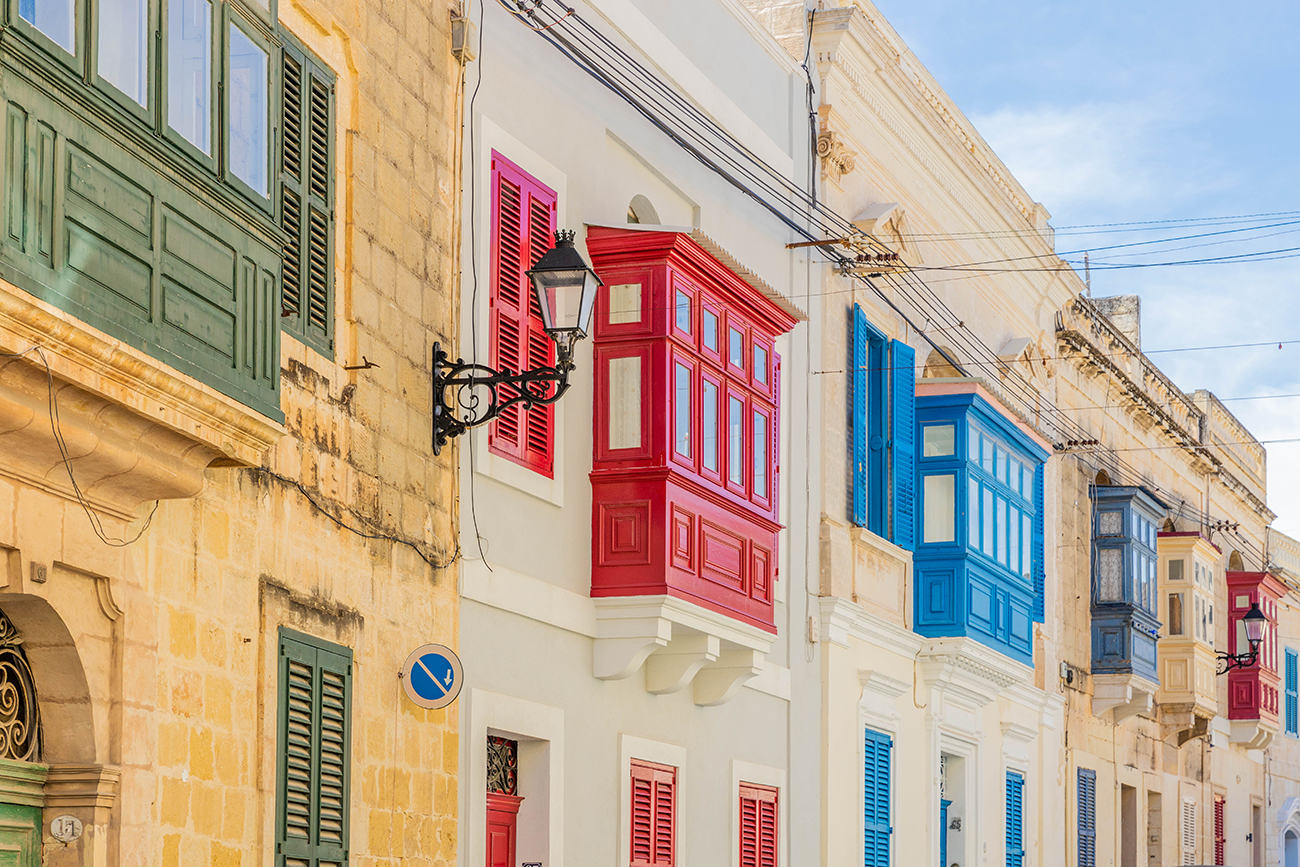 Balzan boasts all kinds of properties, ranging from the very old, and traditional townhouses in the very hub, some of which are double fronted and close to being considered as Palazzos; straight to the very modern and contemporarily constructed apartments and penthouses located on the outskirts of town and along the borders with adjoining and neighbouring towns such as Birkirkara. Being a high-end property location, real estate in and around Balzan tends to be somewhat pricier and of a higher quality than other places around Malta.

Properties For Sale in Balzan

Properties For Rent in Balzan