Bahar ic-Caghaq is mostly known for the 'White Rocks', attracting numerous locals and tourists for swimming and sunbathing. The area was used as a camping site by British forces during the islands' British colonial period. 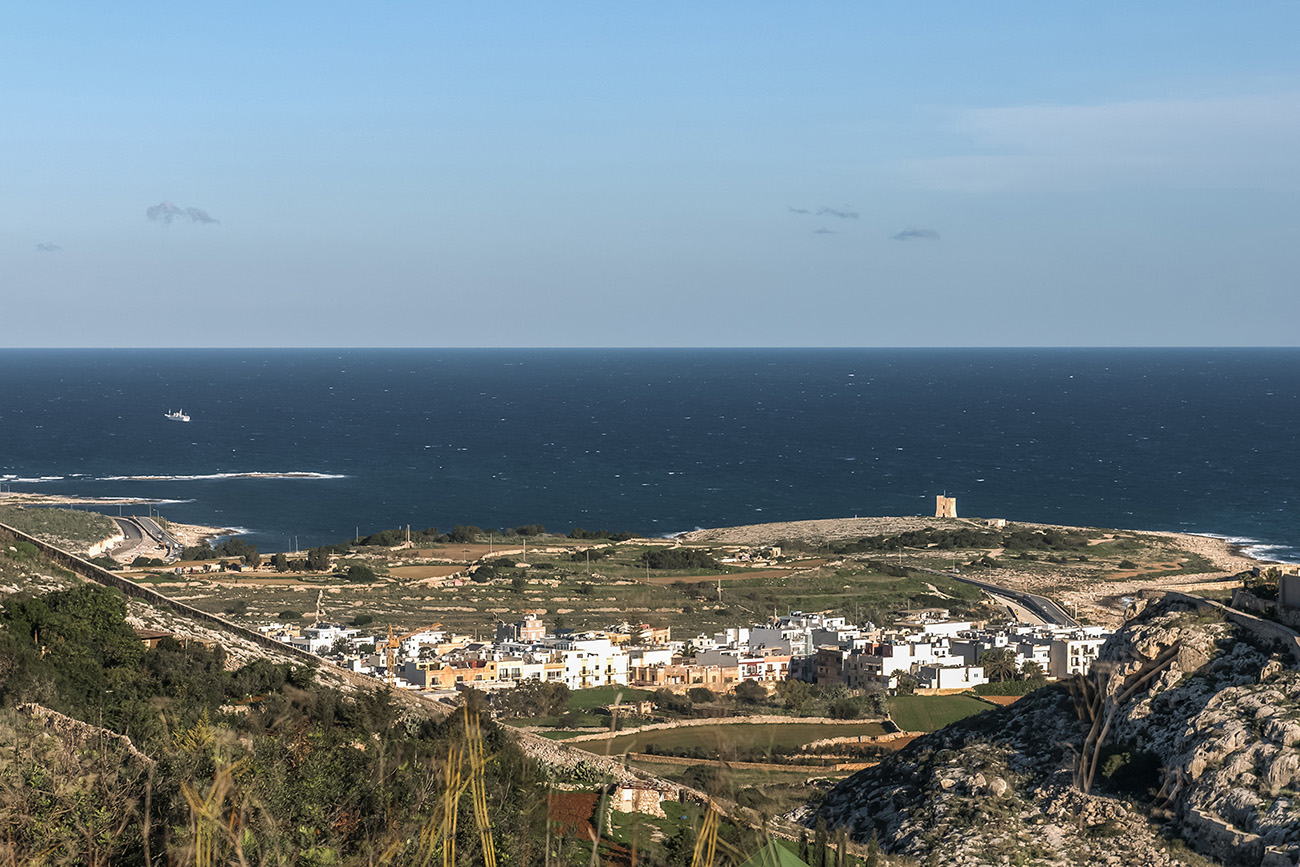 The residential area of the locality of Bahar ic-Caghaq is relatively small, with only around 1,250 inhabitants, and consists mostly of recently constructed terraced houses and some apartments, as well as a few luxury villas.

The village, nestled in the arms of a large valley leading inland to Burmarrad and ultimately Mġarr, is a peaceful location with few outside visitors. The area is well kept and boasts of a well-sized public garden and plenty of countrysides, and great views for those willing to venture into the hinterland. Bahar ic-Caghaq enjoys a beautiful ‘top of the world’ location uphill towards the hilltop village of Gharghur, offering spectacular views, with the valley floor itself running across the width of the island.

A modern central parish church and Franciscan retreat house are also situated in the village.

Bahar ic-Caghaq is known to be a relatively quiet residential area, which over the last decade has seen an exceptional interest in the Malta real estate market.

Several new apartment buildings have recently been built, which has provided the area with a suburban feel. In the last 15 years, land development increased by threefold and Maltese people continue to purchase and develop Malta property for sale or rent in the area.

Although two old chapels in the area (one of which has been abandoned) indicate that this settlement has existed for some time, the Bahar ic-Caghaq’s history is unclear. Punic tombs have also been discovered nearby, meaning that, amazingly enough, the area was already inhabited some 2,500 years ago, series of agricultural trenches, often referred to as vine trenches, as a reminder that wine production was carried out in the area.

Given Malta’s rugged terrain, these deep trenches captured water and retained moisture to support vines. These vine trenches date back to the Roman period and are known to have been used well into the nineteenth and early twentieth centuries.

British Forces built the White Rocks Complex in the 1960s. Back then, the area was known as the St Patrick’s Officers Married Quarters. Initially it provided comfortable accommodation such as houses, apartments and bungalows. When the military personnel left Malta, White Rocks was handed over to the government and converted into a holiday complex. In 1995, it became a prime location for accommodating language students studying in Malta during the summer period.

Unfortunately, White Rocks was deserted and left to rot, with the building neglected for many years. The building has no windows or doors; broken glass and stones scattered all around. It has no running water and electricity and is overgrown with weeds. Artists have taken advantage of the abandoned building and have painted graffiti on most of the walls.

Early in 2018, the White Rocks Development Consortium (WRDC) reached an agreement with the government to construct a mixed-use complex that will include a seven-star luxury hotel with leisure, hospitality, residential and commercial facilities. No deal has been reached yet as the consortium disagrees with the price set by the government.

The land is also scheduled as a Natura 2000 site. Any archaeological and historical value area must be given priority in terms of conservation, with high-quality landscaping necessary as part of any proposal.

What to Do and See in Bahar ic-Caghaq?

Here are some places of interest and activities to do in the locality of Bahar ic-Caghaq. Bahar ic-Caghaq contains various family friendly establishments making such a locality ideal for first-time and second-time buyers with children to purchase Malta property for sale or rent.

Bahar ic-Caghaq can boast of two large entertainment parks on its rocky coast: the Splash and Fun Water Park and the Mediterraneo Marine Park, both of which are open in the summer months.

Nearby lies the peninsula of Ras il-Qrejten (Qrejten Point), at which point one can view one of the knightly watch towers of Grandmaster De Redin. The building, known as St. Mark’s tower or ‘Qalet Marku’, was built as part of Malta’s coastal defence and warning system and dated back to the 17th and 18th centuries.

The wild Maltese coast itself also has a few small, half-hidden swimming spots used mainly by locals during the summer months. Qrejten Point is an exciting place to explore, with its clear waters, watch tower, and grove.

Malta’s only sound mirror is located here. Built by the British during the Second World War, it is the only one on the Maltese islands. It served as an early-warning system against air raids that came from the north and were mostly concentrated on the Grand Harbour, a few kilometres to the south.

Although Bahar ic-Caghaq has little to offer in terms of amenities, which are few and far between here, it is connected to the busier Naxxar, St. Paul’s Bay, and St. Julian’s, all of which lie minutes away by car. All the localities mentioned above offer plenty of shopping facilities and community resources, including schools, clinics, banks, churches, etc. Read more about the different regions in Malta.

The locality of Bahar ic-Caghaq offers a mix of terraced houses and apartments as well as several detached and semi-detached villas.

The location is set in a quiet environment with access to the sea and to the countryside. Therefore, several locals and foreigners choose to live or have a second home here, with the option of renting it out whenever it remains vacant.

Although the locality is in a semi-rural setting, the locality is well connected by Malta’s coast road, which can instantly dispel the feeling of being away from it all, if one so chooses. The central public garden, countryside accessibility, and practically nonexistent traffic means that the area is safe for families with children and those seeking a little bit of peace without being too far away from the bustling heart of Malta.

It is recommended that you seek the services of a professional real estate agent in Malta – one who is experienced and specialised in Bahar ic-Caghaq and can provide the necessary knowledge that will assist you in making an informed decision. 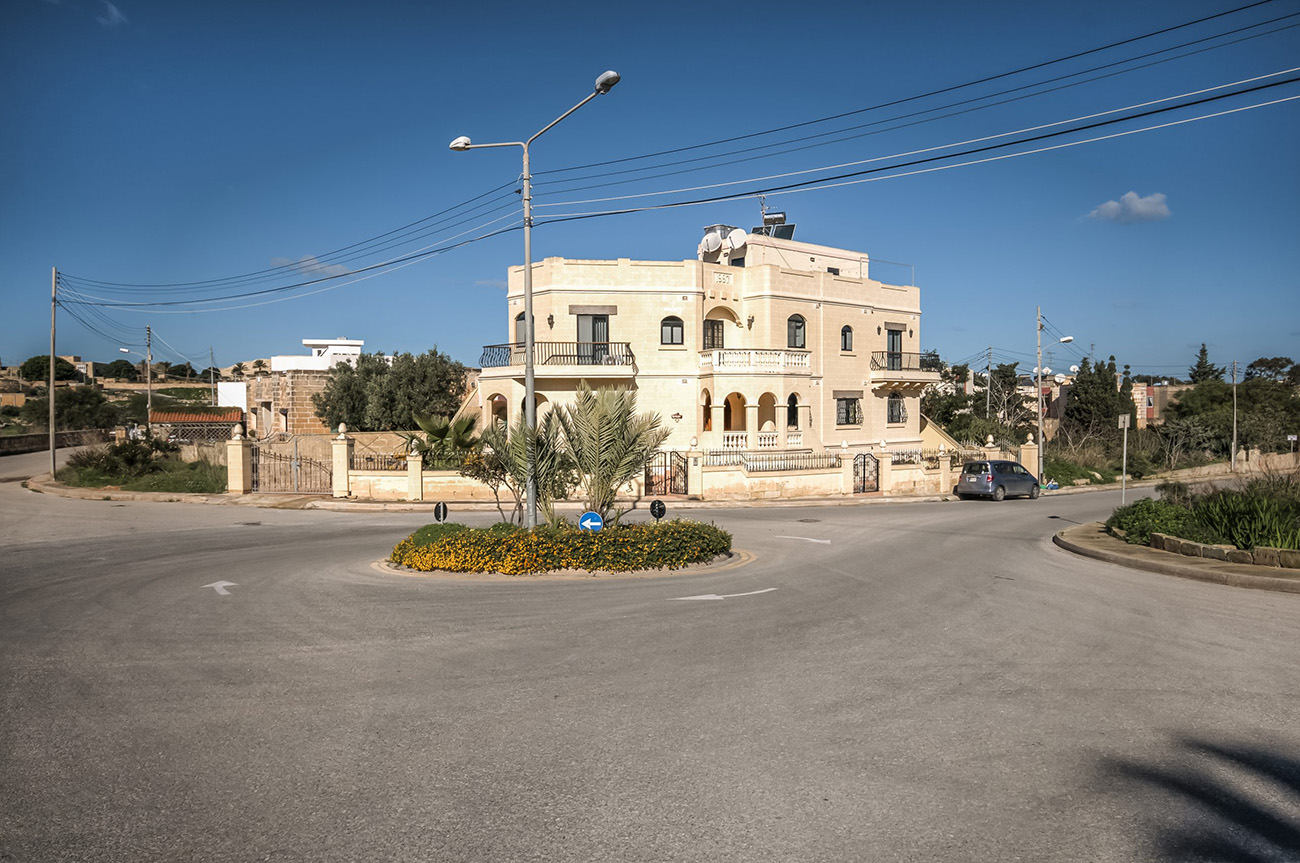 Properties For Sale in Bahar ic-Caghaq

Properties For Rent in Bahar ic-Caghaq