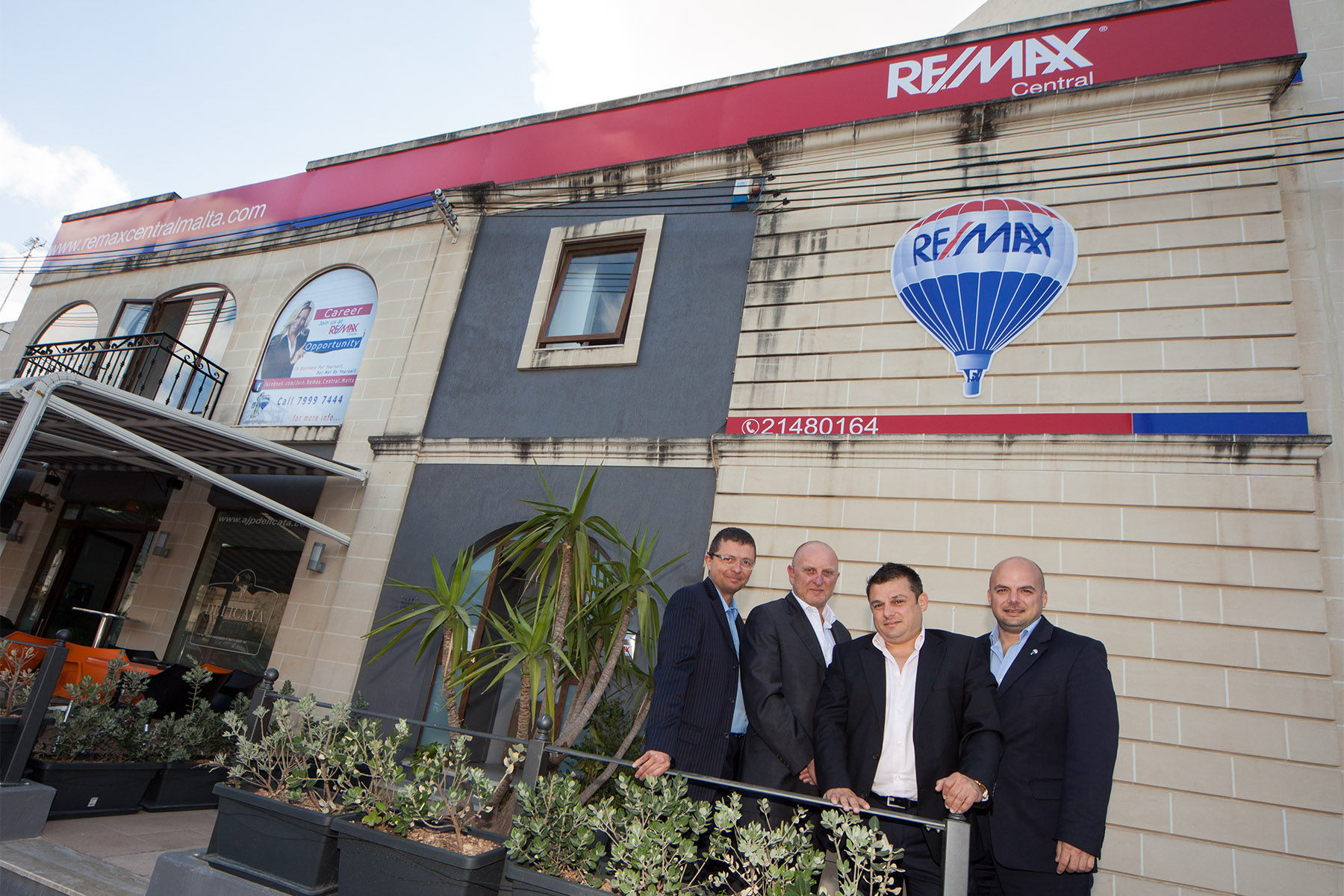 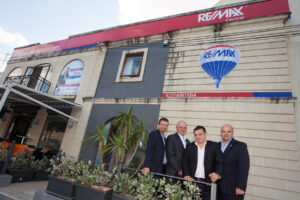 RE/MAX Malta officially opened its 14th office located in Triq Antonio Schembri, Attard. The office is the second edition of RE/MAX Central, which is owned and operated by James Busuttil and will be managed under the guidance of Colin Micallef. Mr. Colin Micallef was previously an associate working for RE/MAX Central in Birkirkara and now has transferred to the new Attard office where he already has five associates working under his supervision and are looking to recruit another five. Mr. Micallef has been with the company for several years and as per promotion policy has earned the management credentials over a period of time.

The office boasts of a fifteen metre frontage and is seen when coming down Triq Antonio Schembri. Kevin Buttigieg, Managing Director of RE/MAX Malta commented by saying “I don’t think they could have chosen a better location, anyone coming down from Ta’Qali or driving through Attard will not miss the office signage”.

RE/MAX Central Attard provides a fully comprehensive real estate service including residential and commercial property sales and letting and is specialising in the Central areas of Malta. Mr. Busuttil, Owner of RE/MAX Central stated “In today’s market one must specialise in the areas that you work in. As I am a regional trainer and have attended various courses myself abroad, unless you know your market’s, you cannot gain trust from the local customers”.

RE/MAX Malta continues to grow as per their business plan and shall be opening a new office at The Point Shopping Mall in the coming weeks. Mr. Buttigieg concluded “We don’t count the doors of each of our offices and say we have opened several offices. We have 14 offices open and are honoured to be able to work with the best people in the real estate industry”.