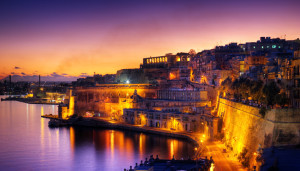 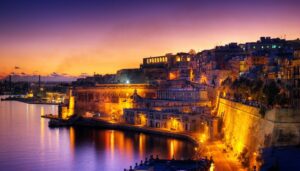 A typical comment from new visitors to the city of Valletta is that it brings a surprise around each and every corner. Perhaps it was one of the reasons why UNESCO voted it as a World Heritage Site and why it attracts thousands of tourists every year. As the capital city of a Mediterranean island like Malta, Valletta or ‘Il-Belt’ (literally translates  into ‘The City’) as the Maltese familiarly call it, is much more than simply a city. It oozes history, culture, a condensation of impressive architectural accomplishments and so much more. Becoming more than just a visitor and deciding to transform a property in Valletta into one’s own permanent location and residence is a major step and one which can become literally life-changing.

Consider the basic advantages of living in Valletta – centrally located on such a small island, the city absorbs several major state offices, banks and company bases. There are the Law Courts, the National Library, Parliament, several different museums, beautiful public gardens, cafeterias and restaurants, etc.  Shopping is intense with brands of note taking centre stage along The City’s main Republic Street or along the parallel street known as Merchants Street whereupon the daily morning market (except for Sundays) can also be found.  Then again, Valletta remains full small local shops which serve the thriving population that lives permanently in The City but also the hundreds of people who travel in to work each day. Valletta also offers a centralised bus service that spans out to all parts of the island. Taxi service out of The City is also available, as is the inner city mini-cab service that takes you around the city itself.

Look at the buildings. Being a World Heritage Site means that Valletta aims to upkeep its historic legacy even in the manner in which properties are maintained by their owners. With plenty of empty residences available for rental or for sale, it is just a matter of finding the right property for you.  Over the past few years Valletta has become the talk of The Malta real estate market and home owners are either selling or refurbishing their property in Valletta.  Some of the loveliest apartments in Valletta are found on the upper storeys which bring with them an exceptional view. This is especially true of those which overlook the spectacular expanse of the Grand Harbour, a unique natural harbour that serves its purpose with excellence.

Lower down the city, along the grid-like streets that lead all the way to the sea, one can find the occasional townhouse, small palazzo or ground-floor pad. Whichever kind of property tickles one’s fancy, they are all just waiting to be revived back into life and turned into a lovingly cherished home. Each part of Valletta has its own particular character.

Many of the more staggering properties in Valletta have been lovingly transformed into stylish homes with the help of professional architects and interior designers who know how to turn an old Maltese building around. Whilst Valletta is a city whose origins date back to the times of the Knights of St John, and whilst some of the earlier buildings still stand, a great number of edifices was destroyed during the heavy WWII bombing, so there is much post-war re-construction to be seen. However all building is created homogenously in respect of the general surroundings.

As Valletta waits to see the outcome and completion of the entire facelift it is receiving at its entrance with a major project designed by Italian architect Renzo Piano, the whole of Malta is looking on at the dramatic and subtle changes which the capital is experiencing. Whilst ongoing development has created more pedestrianized streets, parking remains an issue for most of the daily commuters, yet residents have specific parking spaces reserved for them at specific times of day. Then again, if one lives in The City, why would one need a car?